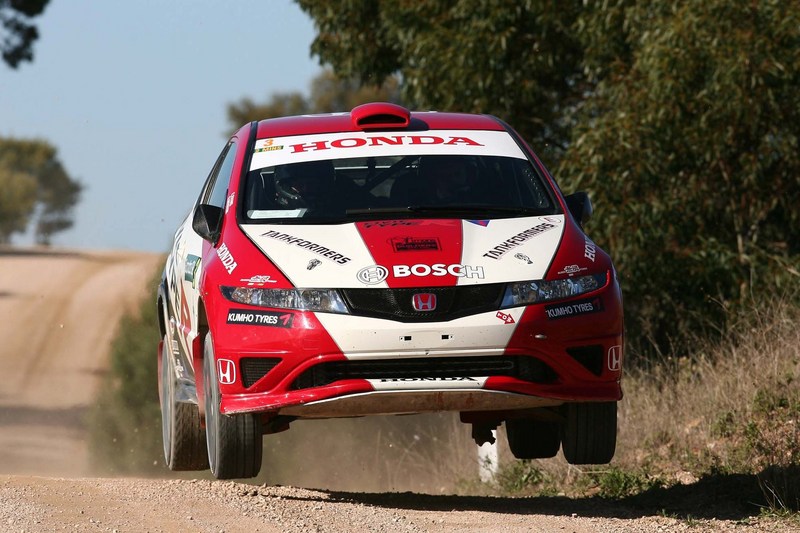 The new regulations were official revealed by the CEO of the Bosch Australian Rally Championship, Scott Pedder at the launch of the new Rally Calder in Melbourne.

The new two wheel drive Group G2 category is expected to deliver cars that are both exciting to watch and hear in the forests as well as being exciting to drive while ensuring market relevance and economic viability.

"The new Group G2 is an extension of the Bosch ARC's 'Unrestricted' mantra and is about creating cars that look and sound great, are able to be built to a realistic cost and are more relevant to the cars Australians are driving on our roads," said Scott Pedder.

"Our first priority was cars that look, sound and go fast with great spectator appeal, our second priority was that the cars would be market relevant and I believe we will achieve these objectives with these rules," he said.

"The rules have been formulated by a panel of experts including leading drivers, teams and administrators to ensure we created a set of rules that are fair, realistic and cost effective.

The presentation of the new Group G2 category rules follows the announcement that from season 2013, the prestigious outright drivers and co-drivers titles in the Bosch ARC will only be open to competitors in two wheel drive machines.

It follows the decision this year to make the manufacturers championship open only to two wheel drive cars.

The basis of the new Group G2 will be front or rear wheel drive cars available for sale in Australia which must be no more than seven years old (plus model run ons).

Group G2 will allow four engine options with the choice of using the original head and block which came standard with the car, a substitute engine from the same manufacturer of no more than two litres capacity, a substitute FIA approved 1.6litre turbo engine meeting S2000 regs (including turbo restrictor) which is from the same manufacturer and FIA Group R.

Option one and two both allow relatively free internals with a maximum rev limit of 8500rpm while option one must use the original intake manifold, which is free for option two.

Additionally option one turbocharged engines must use the original throttle valve housing, while naturally aspirated option one and two engines can be fitted with one throttle body per cylinder with a totally free exhaust manifold for both.

Group G2 cars will have a minimum weight limit on a sliding scale depending on the car's engine capacity. The sliding scale is slightly higher than the existing Production Rally Car rules recognising the fact that the current generation of road cars are heavier than older vehicles and as a cost reduction measure.

There will also be a multiplication factor of 1.7 applied to the engine capacity of turbocharged and supercharged petrol cars and a factor of 1.3 applied to turbo diesel engines.

The new Group G2 cars will be allowed to use either an H pattern or a sequential gearbox up to a maximum of six forward speeds with the choice of ratios being free while the differential can feature a mechanical limited slip with a free choice of final drive ratios and drive shafts. The rules will however limit the size and type of clutch used.

The rules for the rear suspension are much the same as the front with addition of the ability to move the upper mounting point by up to 20mm from the original.

The brakes are generally free save for some size and type restrictions while the cars are allowed some body modifications under the Group G2 rules including the fitment of front and rear spoilers and flared guards up to 75mm per side as per the FIA Super 2000 rules.

Naturally all Group G2 cars will be required to fit mandatory safety equipment as per the current FIA Standards.

"These are going to extremely exciting cars to watch and to drive whether it is a two litre front drive car or a six litre rear drive V8 and will deliver variety and spectacle as well as helping attract manufacturer teams back to the sport," said Scott Pedder.

A full rundown of the new outright Group G2 rally car regulations will be available on www.rally.com.au (under the competitor information tab).