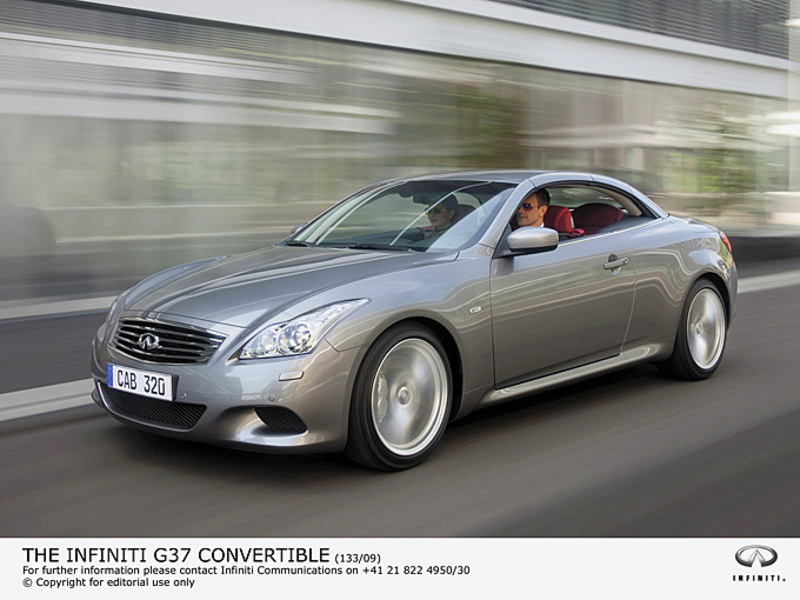 Nissan are not confident that the G37 will come to Australia!

It is comprehensively equipped with features expected of a luxury convertible, including Bose Personal speakers, air conditioned seats and adaptive climate control. It is the first Infiniti model to feature Connectiviti, the brands new information and entertainment system.

The G37 convertible is offered in a choice of two comprehensively equipped models, both featuring a metal three-piece folding roof.

The G37 looks just as good with the roof up or down.

It was also created with driving pleasure in mind. Power comes from a 3.7-litre, V6 petrol engine which supplies 320PS to the rear wheels.

Unsurprisingly the G37 convertible is one of the faster four-seater convertibles on the market. Acceleration to 100 km/h takes a mere 6.2 seconds (on manual version) and its top speed, where conditions allow, is limited to 155 mph.

It is the first Infiniti product to feature a new information and entertainment system known as Connectiviti. In the GT version it includes a powerful seven-speaker audio system incorporating a CD player with MP3 disc compatibility as well as a 2GB Music Box and iPod/USB compatibility, Bluetooth phone connection with voice controls, parking sensors and a rear view camera. One of the few options available is a seven-speed automatic transmission with magnesium paddle shifters.

The top model is the GT Premium version. The most notable addition being satellite navigation and information system.

The G37's entertainment system and navigation system, can be operated by one of four ways including a high resolution touch screen. The electric, leather front seats have a memory function linking the driver's seat position to the car's key memory.

Finally the front seat headrests incorporate a pair of unique Bose Personal speakers as part of the 13-speaker Bose Premium Sound System. It also has the facility to filter out background noise and adjusts the equalisation settings depending on whether the top is up or down.

There may be just two choices of grade due to Infiniti's inclusive specification but there are rather more when it comes to colour and trim combinations - 48, in fact - many of which are unique to the convertible. One choice reserved for the GT Premium with automatic transmission is Monaco red leather with red stained maple wood. This dramatic combination can be revealed in just 25 seconds, the time it takes for the Convertible to be transformed from top up to top down. The operation can be performed from inside the car, or from the outside by pressing a button on the door handle. 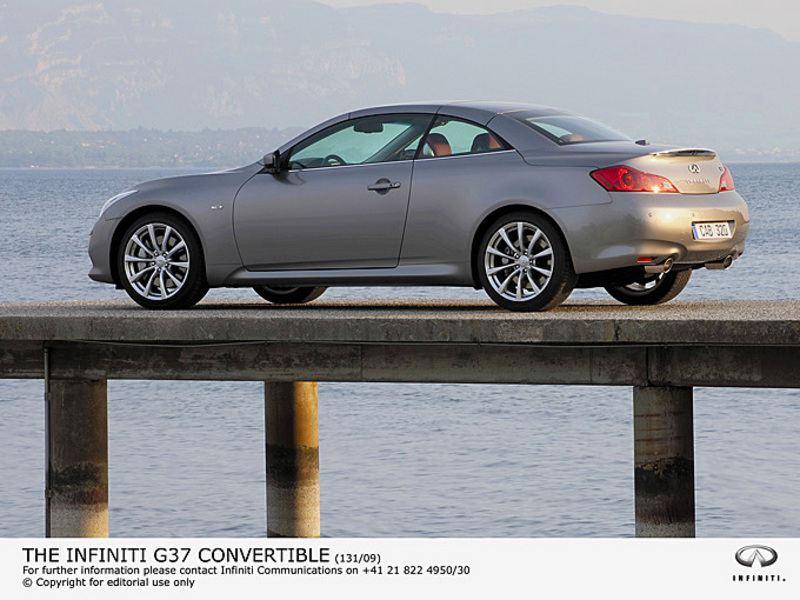