Manheim to auction the only W1 finished in Jungle Fever green

A unique example of the last Commodore-based sedan from HSV – the GTSR W1 – is going to auction this week with Manheim Auctions in Victoria. 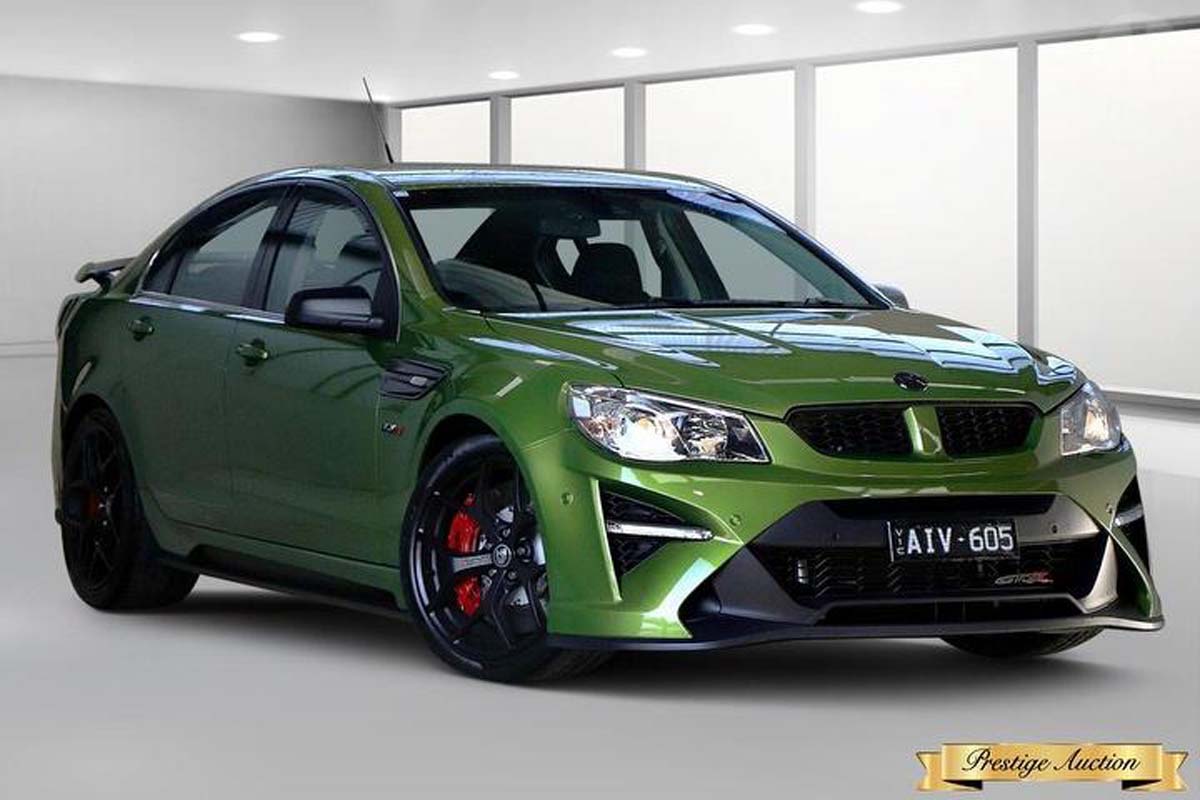 As the ‘last of the line’ from HSV, the GTSR W1 was already going to be special, but what guaranteed this car’s legendary status was its LS9 6.2-litre supercharged V8 - an engine normally found in the Corvette ZR1 - that produced a whopping 474kW at 6500rpm and 815Nm at 3900rpm in the W1. 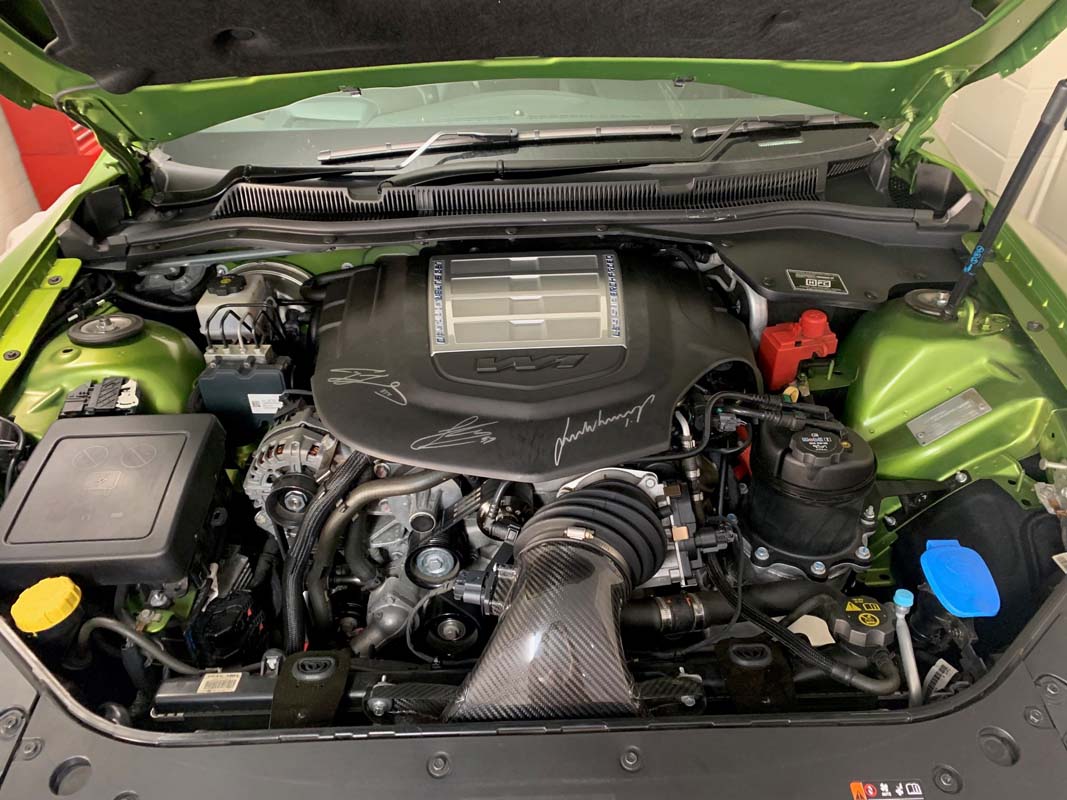 This was matched to a Tremec TR-6060 6-speed manual, a close-ratio transmission that was the sole unit offered on the W1. 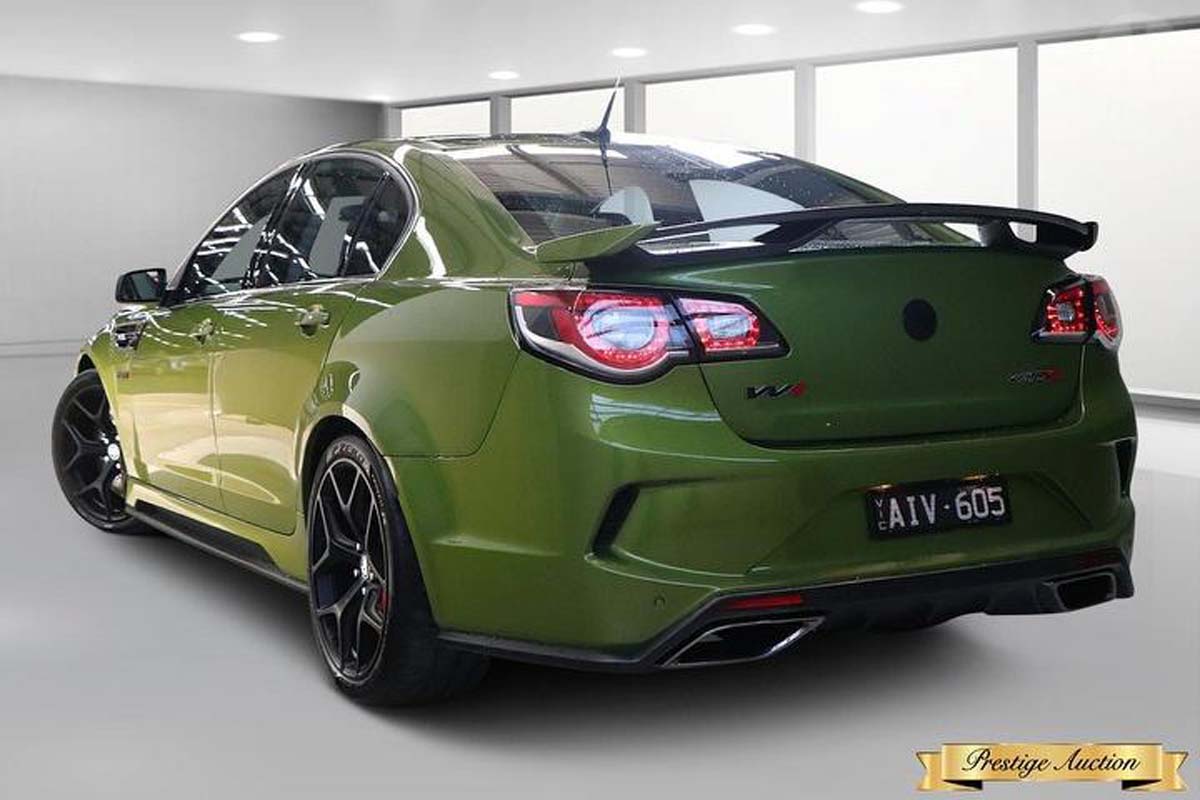 Obviously, all that kit delivered a seriously fast and powerful package, but for all its wicked performance, the GTSR W1 was comfortable enough to be a daily driver, too. This is reflected in the standard interior features, like HSV ‘Podium’ leather seats with heating and power adjustment, electronic climate control air conditioning, a DVD player, Bluetooth and sat nav. 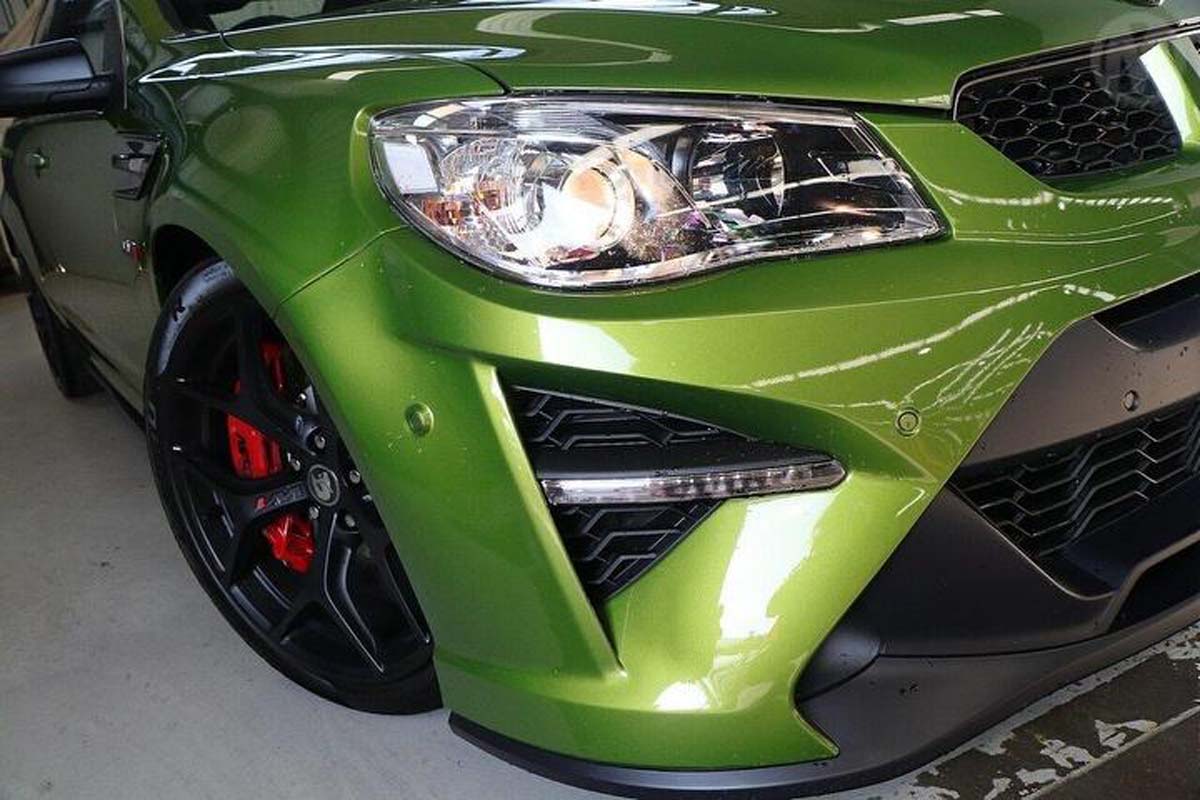 Only 300 units of the GTSR W1 were produced, all of which found buyers immediately, with some on-sold for huge premiums over the $169,000 asking price.

However, before the production vehicles, HSV built four pilot models, one of which is the car being auctioned with Manheim. 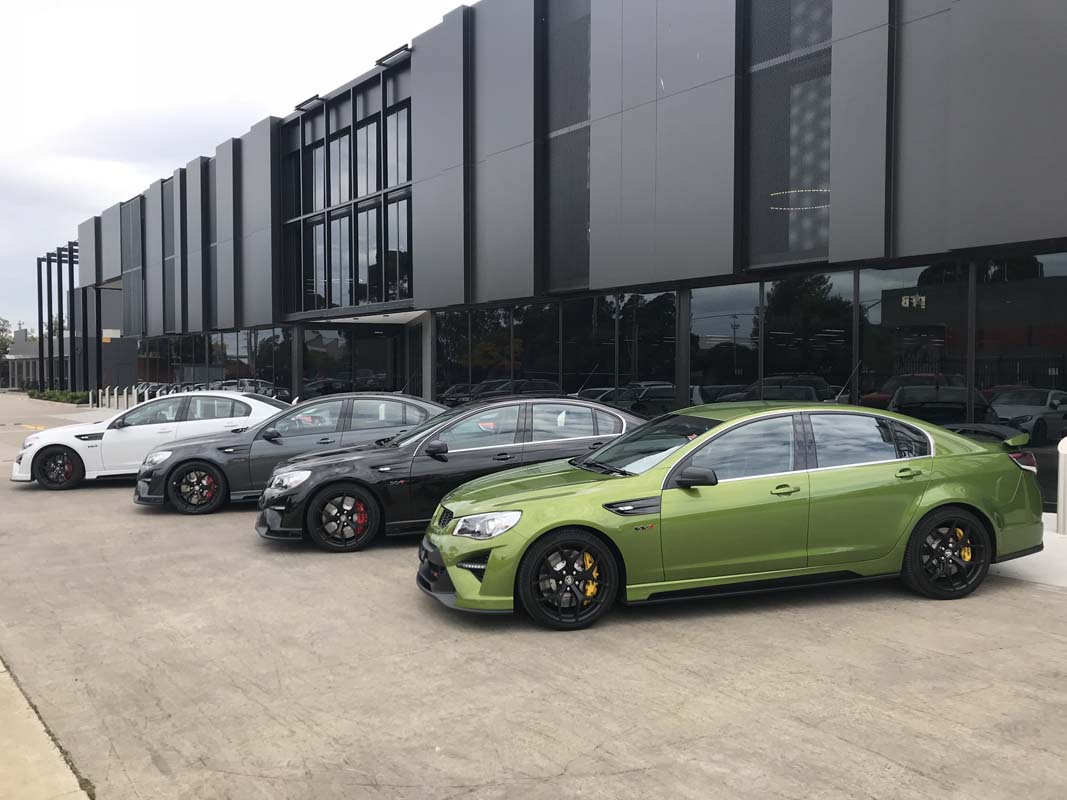 Known as ‘W1 Pilot Build No E002,’ this particular car was finished in Holden’s Jungle Fever green, a colour applied to no other pilot or production version of the GTSR W1. That makes it unique. Additionally, this car carried some minor differences from the production models, but unlike the other pilot cars, it was driven sparingly in its pilot role and had covered only 9,000kms when HSV sold it to its first and only private owner in 2018, who has added a little over 8,000kms since. 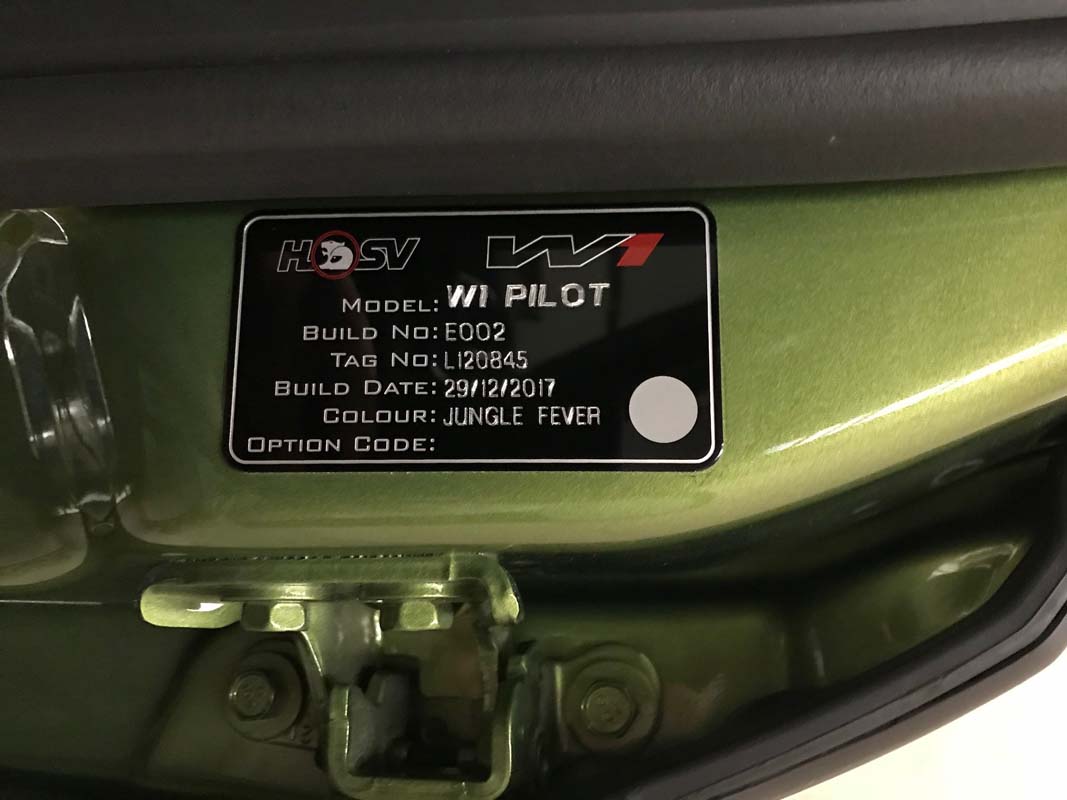 A genuine HSV product, this car has a build plate identifying its special status as a pilot model and was sold with full documentation from HSV, including a Certificate of Authenticity. All that documentation and even the collectable W1 watch that was included with each car when new will be provided with the sale of this one-of-a-kind vehicle. 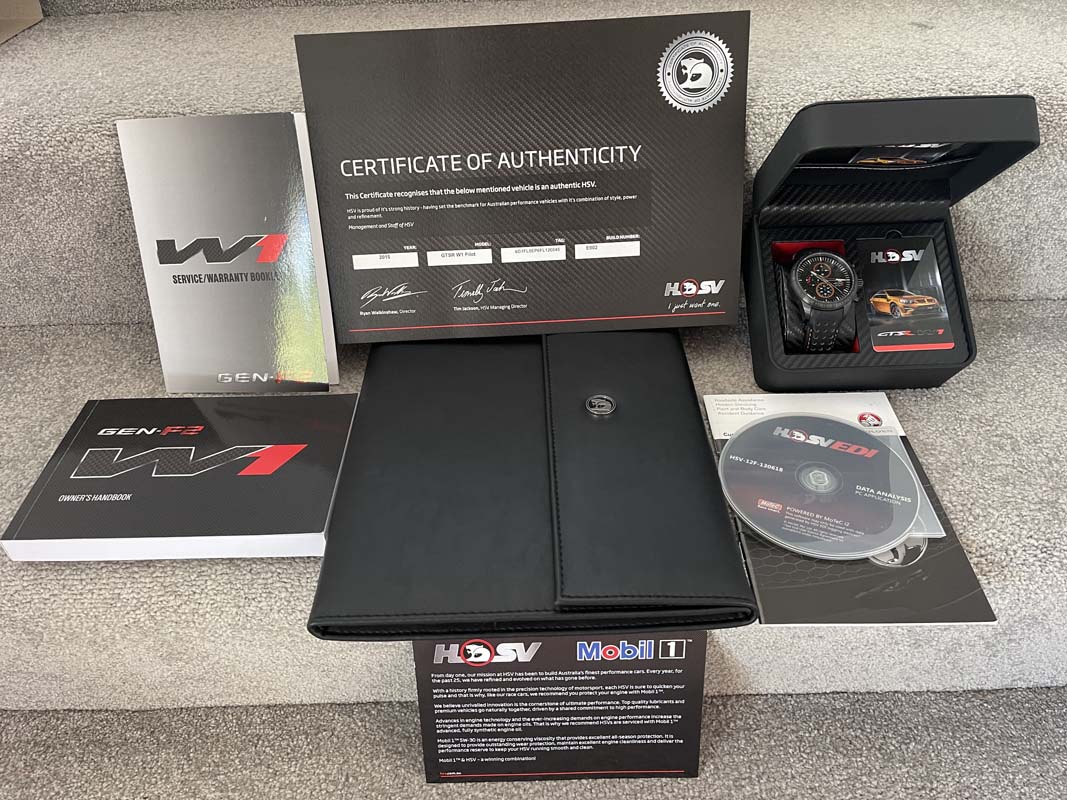 As the headline item in Manheim’s online auction this 21 to 25 March, this one-off GTSR W1 is expected to fetch a high six-figure sum and may even top the million-dollar mark.

Other consignments for this auction include a McLaren 720S coupe, Range Rover Evoque and various late-model Mercedes-Benz, Audi and BMW models.

To see the full consignment list, register to bid and get more details on this auction, click HERE.