The choice of arguably Italy's most famous sportsman is a pretty smart move from Opel, with the national campaign taking place on traditional and digital media channels ranging from TV to press, promotions and social media.

With its bold, unconventional and absolutely unique look, Opel says the ADAM (which is not scheduled for an Australian release) shares the same characteristics as the Italian motorcycle champion: personality, creativity, energy and at the same time highest precision.

"At the same time, he is extremely rigorous, careful, requires and acts with maximum precision, the same as the German engineering which is the core value of all our cars.

"Choosing Valentino Rossi for ADAM is a clear sign of our desire and commitment to draft a new personality for our cars, while keeping our focus on German engineering precision."

Valentino Rossi fell for the small lifestyle car and individualisation champion right away: "I was immediately convinced by the Opel ADAM, and not just because of its design, accessories and technology. I think its individualization potential with thousands of variations is just fantastic. I don't know the exact number of all of them, but there are certainly more than enough for everyone to create their perfect ADAM."

At present, Opel Australia has no plans to add the ADAM to the currently available local lineup of Opel vehicles.

The Opel ADAM offers more than 61,000 exterior variations and nearly 82,000 for the interior, more than any other car in this class. The chic lifestyle car is an agile three-door car perfect for urban environments. Its driving dynamics also shine outside the city thanks to chassis and steering settings that focus on fun and agility.

Inside its cabin, ADAM offers seating for four people who benefit from a premium-inspired atmosphere and premium technologies from upper segments. The new IntelliLink onboard infotainment system, for example, which integrates the owner's smartphone in the car (Android, Apple iOS), makes it the best connected small car. Innovative SIRI Eyes Free voice recognition software by Apple will soon be available. Other features ideal for ADAM's natural urban environment are a new-generation Park Assist that automatically parks the car, a Side Blind Spot Alert, a power steering system including a "light touch" CITY mode and Opel's exclusive FlexFix bicycle carrier, fully integrated in the rear bumper.

ADAM introduces Opel's award-winning design philosophy of "sculptural artistry meets German precision" to the fashion-led A-segment. It stands out with its muscular, original look that bucks the trend of retro-based design, as well as with bold, powerful proportions. Experts forecast that the lifestyle A-segment, to which ADAM belongs, will continue to grow steadily in the next few years. Since 2000, sales of trendy cars in the A segment (around 3.70 m length) in Europe have increased by approximately 30 percent and those of luxury cars in the B segment (around 4.00 m length) by over 110 per cent. Opel intends to conquer this growing market with the ADAM. 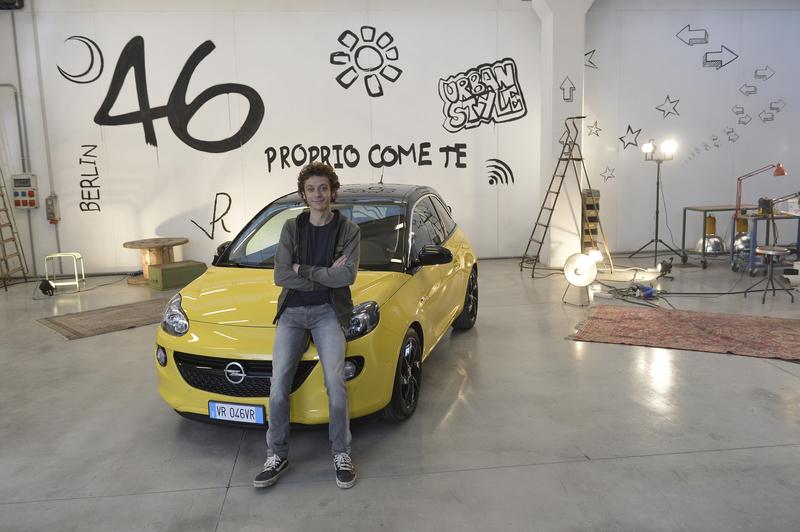