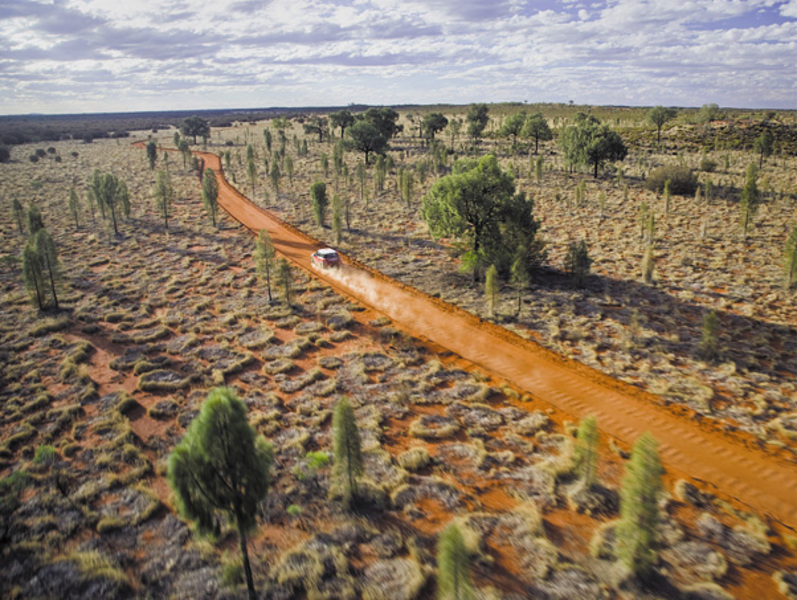 Evan Green was the first man in history to drive across Australia from east to west through its centre. Not content with that journey, he then proceeded to do a north-south crossing straight after. Vehicle lubricants manufacturer Castrol approached Evan in 1965 with the idea for the unique trip, which it would then use to raise awareness of its new Castrol GTX product. Evan was inspired and his remarkable 'figure of eight' route eventually totalled 12,000 miles, equivalent to half way around the world. Supporting the Mini was an Austin 1800 and, on the roughest Western Australian sections, a Land Rover. Gavin Green retraced the route and in a virtually unmodified Mini, with the 6,647km journey completed in just 10 days. His car had a sump guard fitted, but ran standard 16-inch run flat tyres and standard Cooper suspension. The rear seats were removed to carry two spare wheels and two 20-litre fuel containers.