A Peel P50, the tiny vehicle that’s in the Guinness Book of Records as the world’s smallest production car, recently sold for a huge amount at a UK auction. 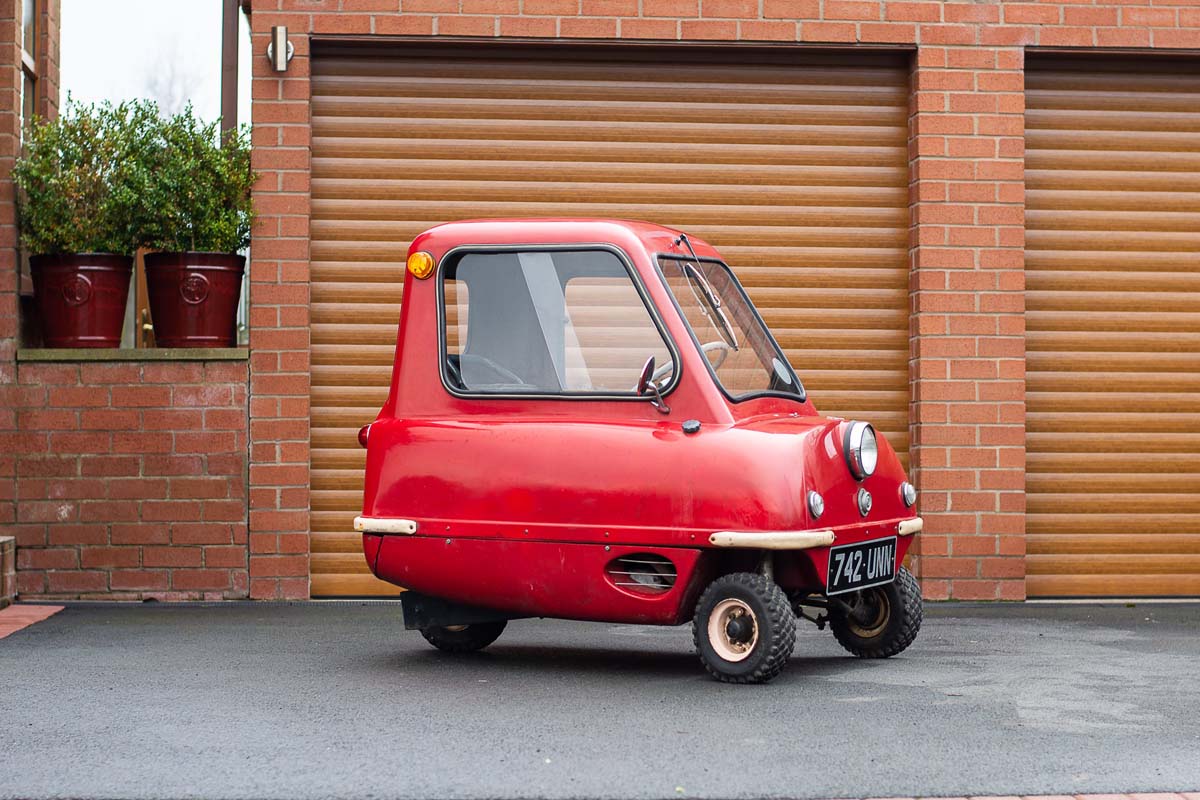 The P50 earned its place in the record books – and a subsequent fame out of all proportion to its impact on the automotive market - thanks to its positively tiny dimensions of 1.35mt long by 0.99mt wide by 1.30mt high. 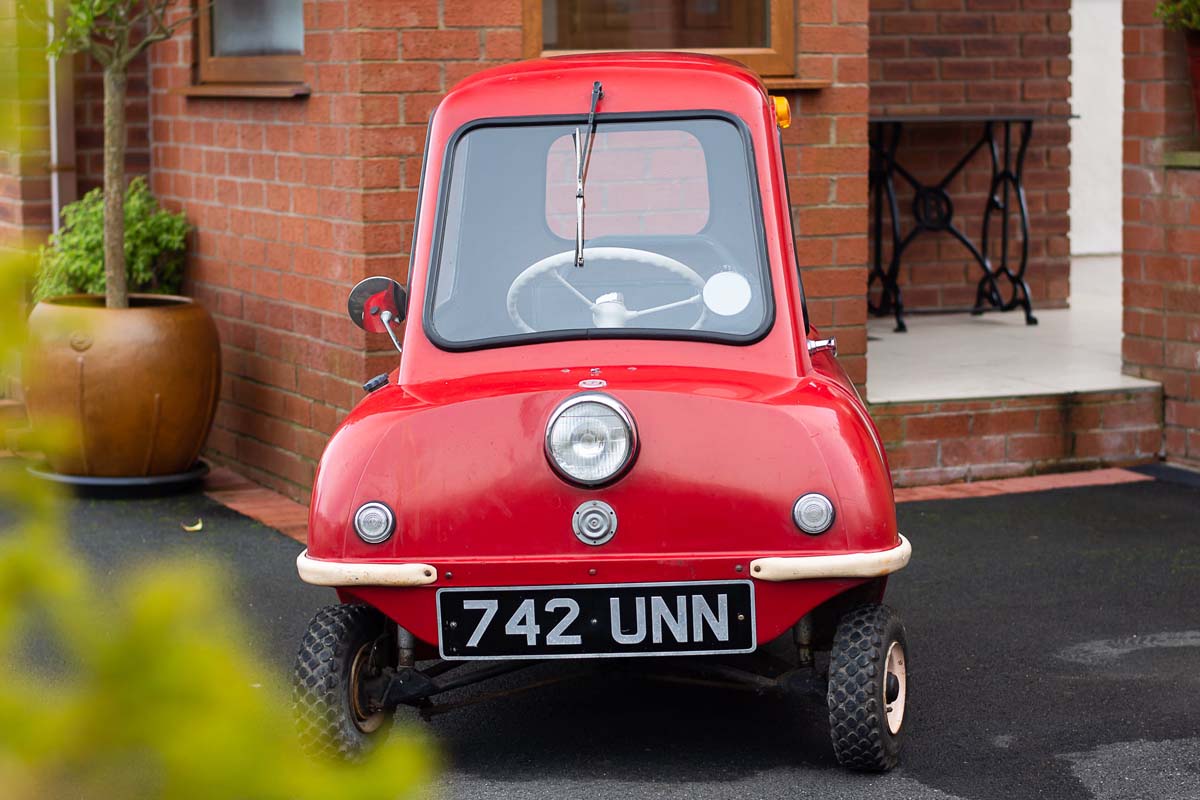 Unveiled in prototype form at the 1962 Cycle and Motorcycle Show at Earls Court, London, the P50 originally featured a single wheel at the front and two at the rear, in the style of three-wheelers from Bond and Reliant that were available in Britain at the time. The impracticalities of this configuration on a vehicle with such a tiny wheelbase led to a change to two front wheels and a single rear for the production P50, which went on sale in 1963. 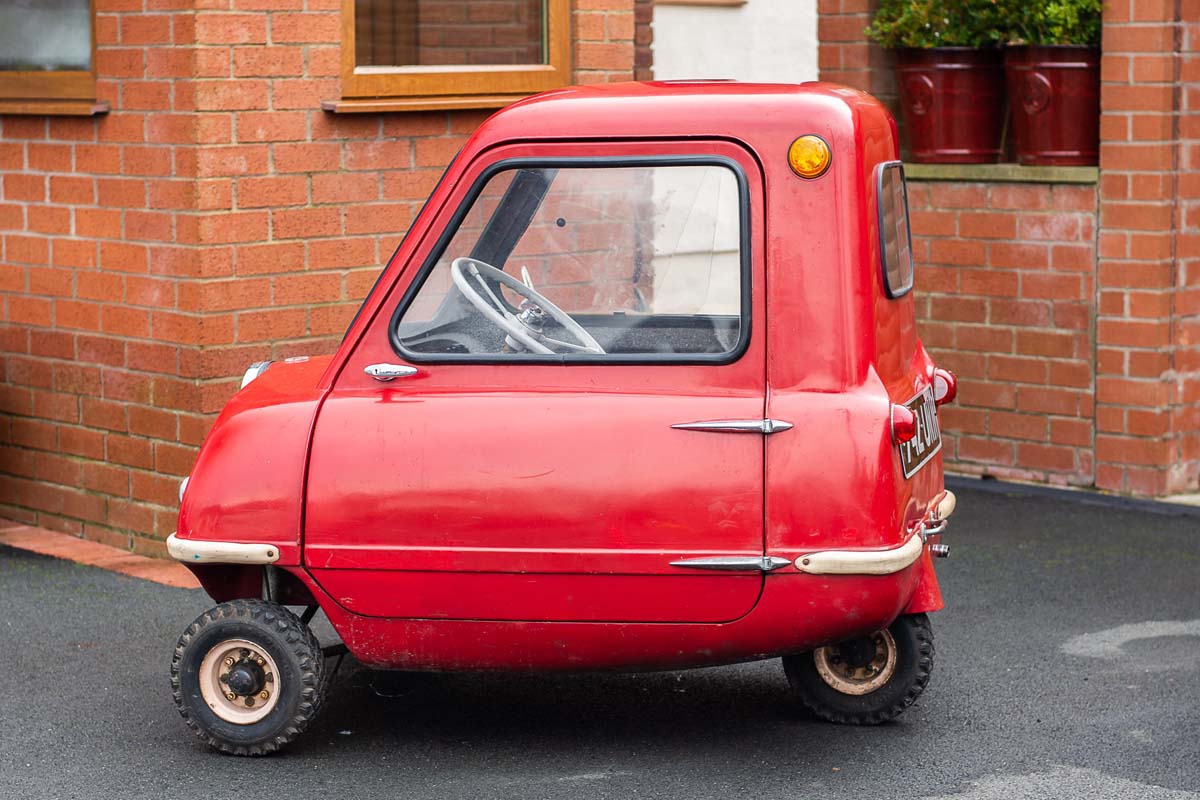 With room for one occupant only, the P50 was powered by a DKW two-stroke motorcycle engine of 49cc capacity. This was mounted alongside the driver on the offside, with the vehicle’s only door on the nearside.

Matched to a three-speed manual gearbox and chain drive to the rear wheel, the single-cylinder engine could allegedly push the P50 to speeds of up to 61km/h, although other sources cite a maximum of 48km/h, with fuel economy listed at 2.35lt/100km. 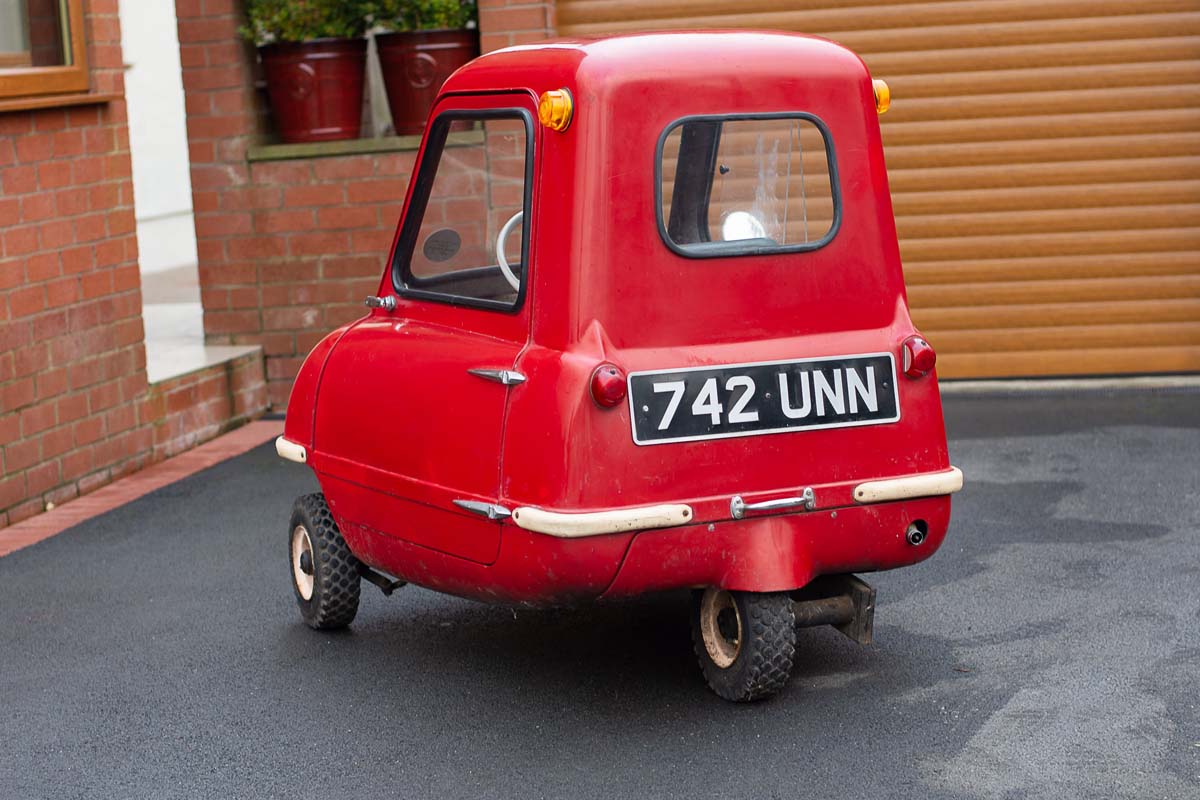 There was no reverse gear, explaining the kitchen drawer-style handle at the rear. To turn the P50 around, you needed to exit the vehicle, lift it by this handle then point it in the direction you wanted to go, but as the fibreglass-bodied P50 weighed just 60kg, this was an easy task. 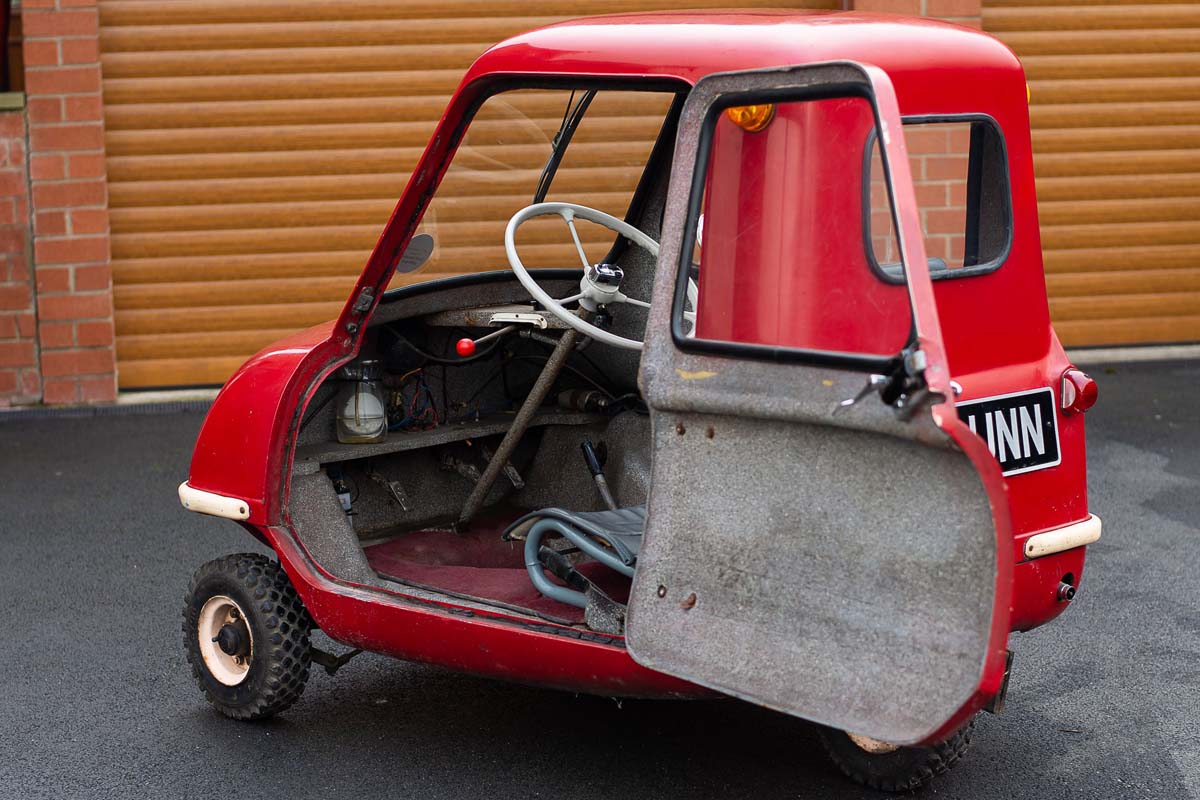 In an era when even the cheapest British production cars cost almost £500, the P50 sold for just £199 10s, making it an absolute bargain – “almost cheaper than walking”, according to its creators, Peel Engineering. There was no dealer network, with Peel Engineering shipping each P50 to buyers in a wooden crate that they claimed could also serve as a garage. 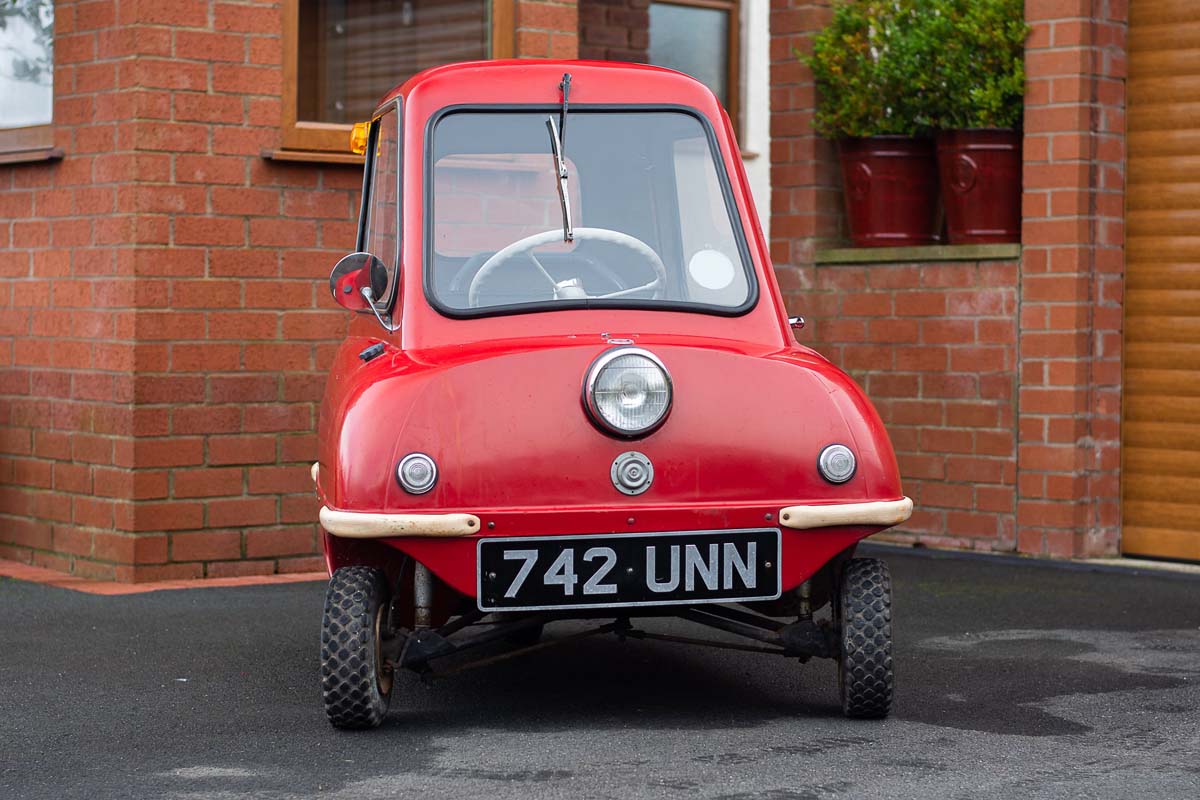 One of many microcar offerings from the 1950s and ’60s, the P50 was far from a success, but more successful than many others, with around 46 thought to have been produced between 1962 and 1965. The bulk of these were sold in the UK, with a few making their way overseas, mainly to Commonwealth countries. There’s at least one P50 in Australia, while the story of a Canadian example alleges it had originally been used as a runabout on the deck of a huge cargo ship! 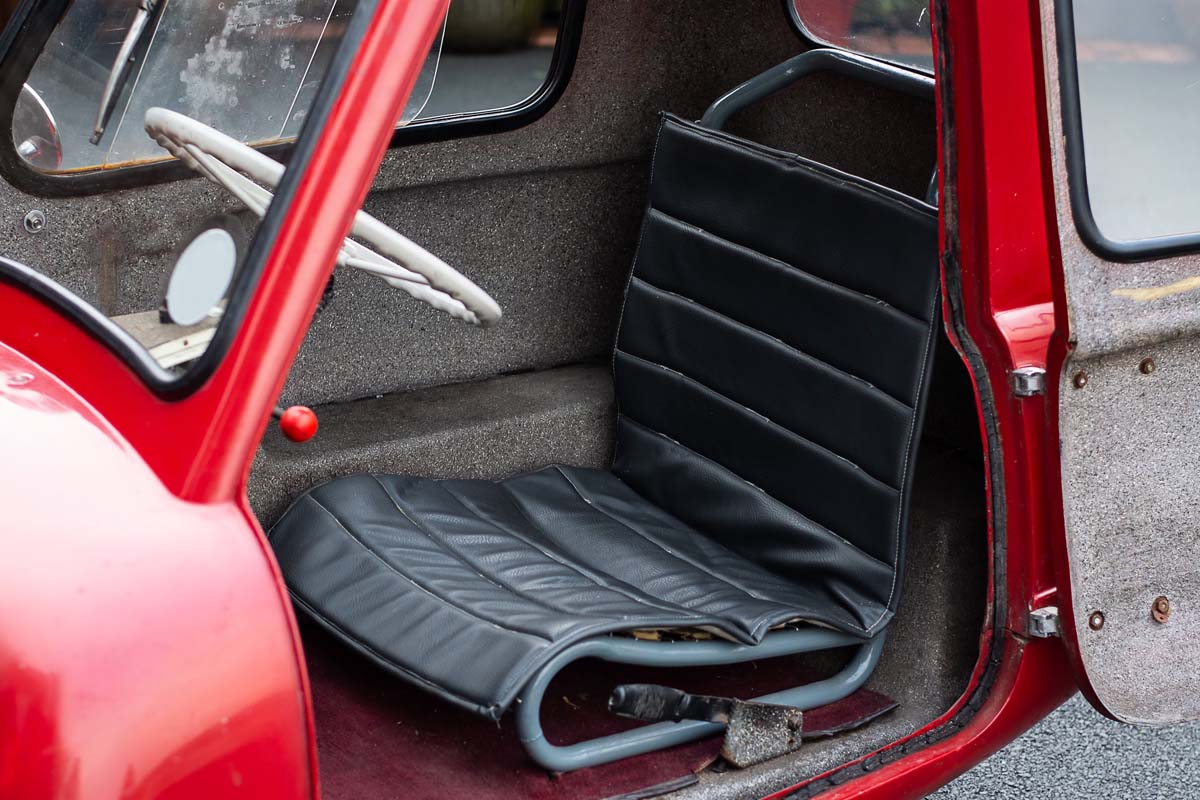 The P50 featured was consigned with English auction house Car & Classic this past February and has been described as a ‘pre-production’ example due to some differences in its features compared to other P50s. 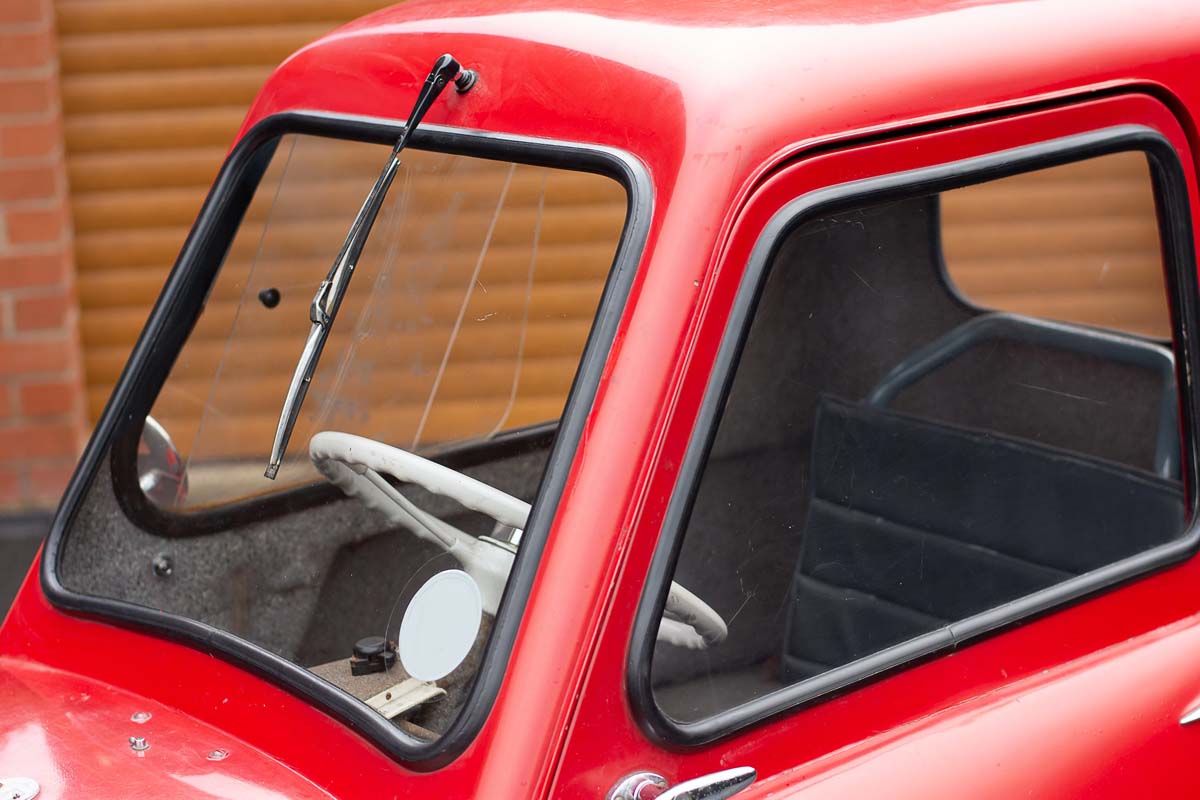 Those differences include a lower windscreen, earlier type Lucas sidelights, a cream-coloured steering wheel and the absence of a rear roll bar. No other P50s are believed to have these features.

With the consignor since 2007 and only two other owners prior to that, the P50 on offer was said to be one of 10 known survivors in the UK. 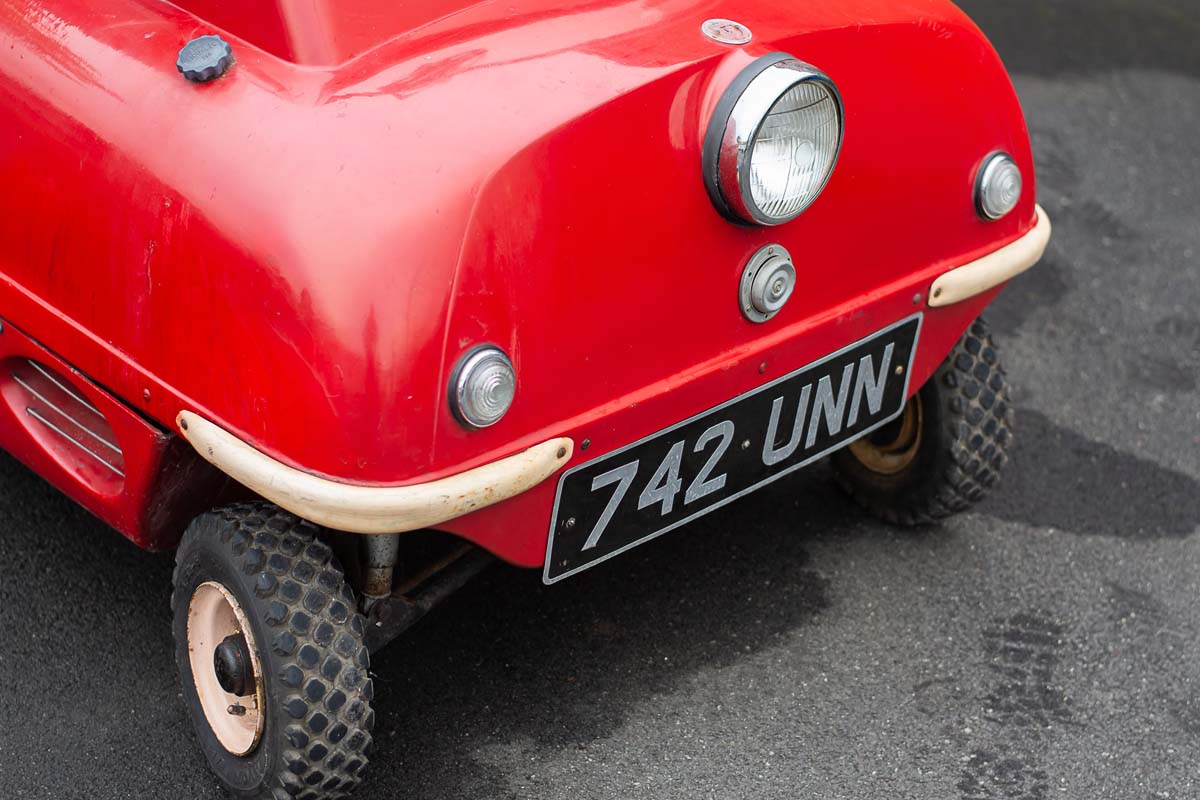 Despite the vehicle needing recommissioning, bidding was enthusiastic when the Car & Classic auction got underway on 1 February. Bidding had reached £50,000 by 7 February, then doubled a day later. When the timed online auction closed on 9 February, this unique P50 had made £111,000 (AU$197,000 approx.). That almost broke the world record for a P50 sold at auction. 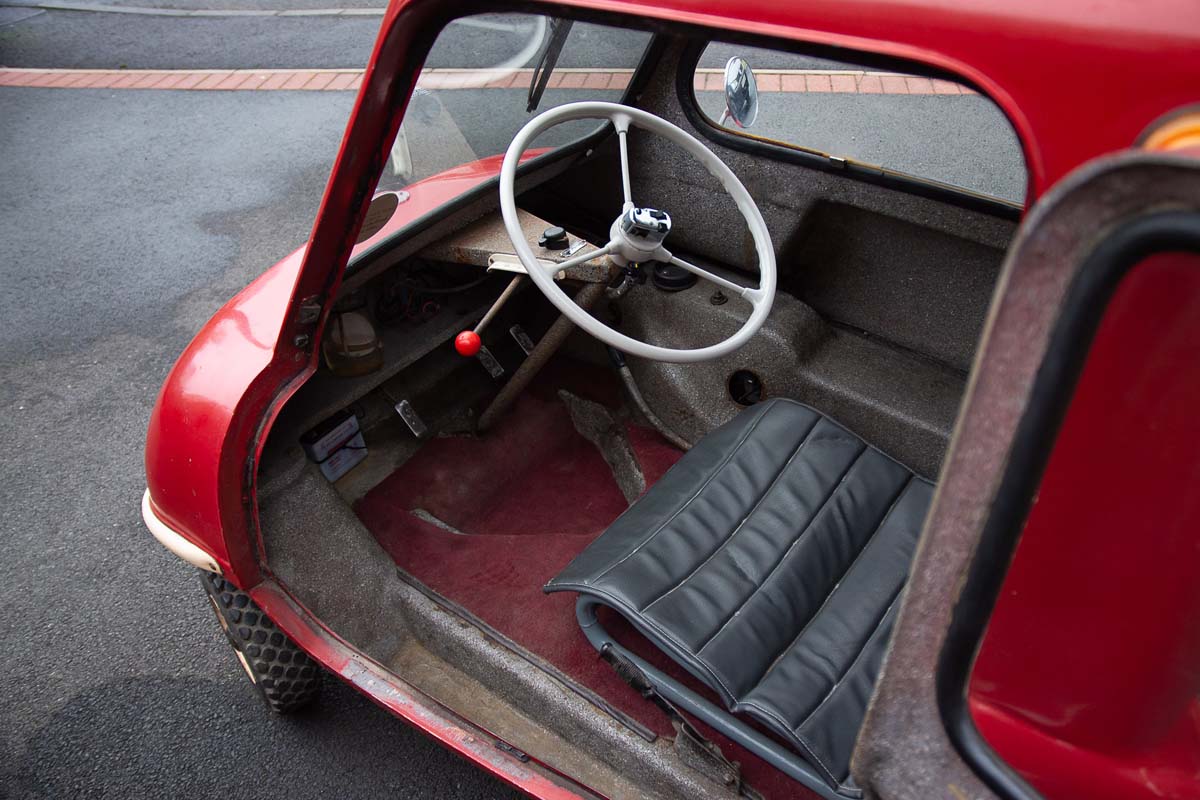 For more details from this auction, go to: carandclassic.com

Photos: Courtesy of Car and Classic