The car in question is a 1970 Bahama Yellow DBS coupe, a car that was new when it was supposedly personally selected by Roger Moore as the ideal ride for his character in The Persuaders!, Lord Brett Sinclair.

Sinclair and self-made millionaire Danny Wilde (Curtis's character, who drove a Ferrari Dino in the show) jetted around the globe as private detectives "solving the cases the courts cannot." The high profile stars, high profile cars and exotic locations meant that, back then, The Persuaders! was one of the most expensive series ever made, with each episode costing more than AU$1 million to produce.

After one series - 24 episodes - Moore was offered the role of James Bond in that successful movie franchise, so the TV program was not continued. Today, the show is a cult hit in the UK and beyond, but is something of an undiscovered gem in this country.

The Lord Brett Sinclair Aston DBS bore 'BS 1' plates and featured in almost every episode of the program. Bahama Yellow was a rare colour in Aston Martin's livery, and was considered striking enough to stand out.

The car was reportedly specially modified by the Aston Martin Works for its appearance in The Persuaders!, wearing badging and other appearance touches to pass for a V8-powered version, but was actually running a six-cylinder motor, as V8 DBS production had not started when the car was selected. Aston Martin even provided a works mechanic on set to ensure the car performed well and was ready for every scene.

When production finished, the DBS had covered about 5,000 miles and taken a fair amount of punishment. It was returned to Aston Martin Works for servicing and then sold to its first private owner in 1971.

Today, the car has had five owners in total, and has only ever changed hands via private sale, without advertising and not via a dealer nor auction.

After 24 years and 70,000 miles at the hands of the first three owners, by the mid-90s the car was looking rather the worse for wear. Its fourth owner commissioned a total restoration by Aston Martin, requesting that the car be returned to the exact specification that had existed at the commencement of filming The Persuaders!.

The car retains all its main original components, with the leather interior dtill the original trim, too. More importantly for potential buyers, it has been serviced every year, since 1997, by Aston Martin Works engineers.

Last year, The Persuaders! DBS was one of only 49 cars worldwide (and one of five Aston Martins) to be invited to participate in the Concorso d'Eleganza Villa d'Este at Lake Como, Italy. It has also participated at Salon Privè in London (2011 and 2013) and has played a key role in several of last year's Aston Martin Centenary events. To the best of the current owner's knowledge, the Persuaders! DBS had never been displayed in public prior to the Aston Martin Owners' Club Spring Concours in May 2011.

Offered on the open market for the first time in its 44 year history, the Persuaders! Aston Martin DBS embodies the precious assets of truly iconic status, unique original specification, impeccable restoration by its own manufacturer, and superb running condition. Bonhams says this sale represents a once-in-a-lifetime opportunity to acquire a true automotive icon which also has pop culture significance.

If an additional draw was needed, the car has been signed by both Moore and Curtis, with photographic evidence of both signings. 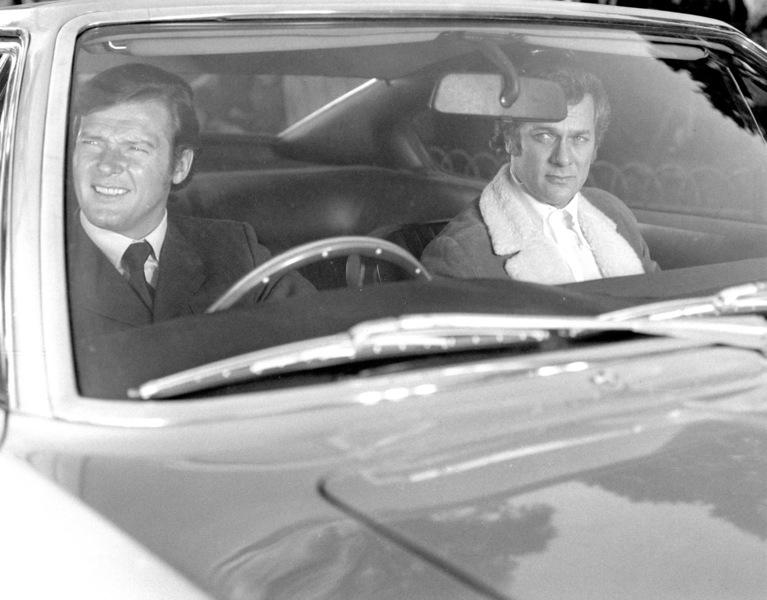 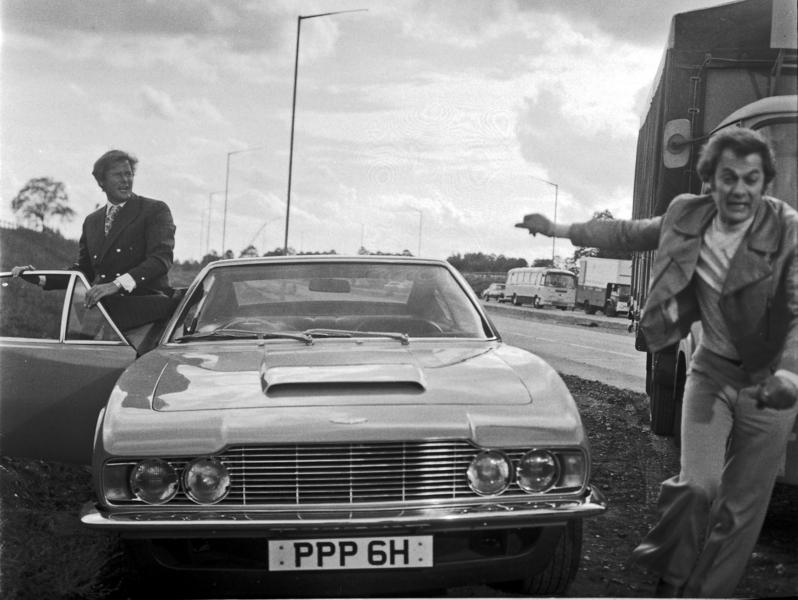 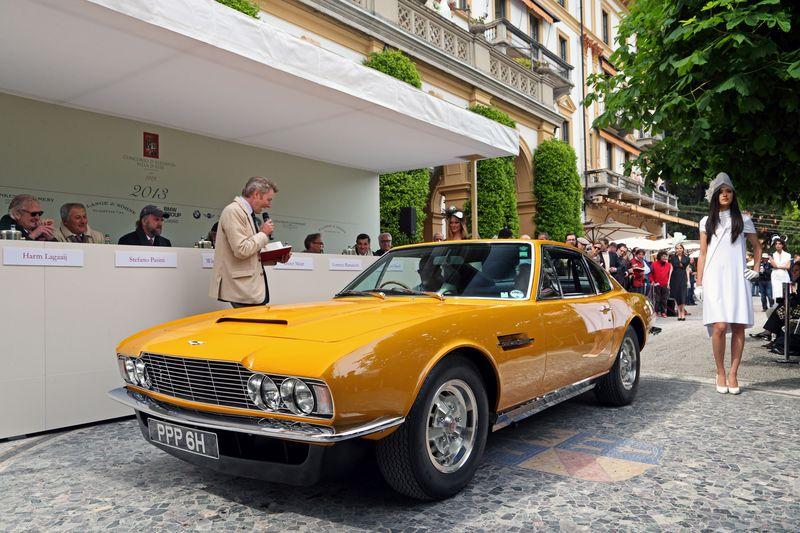 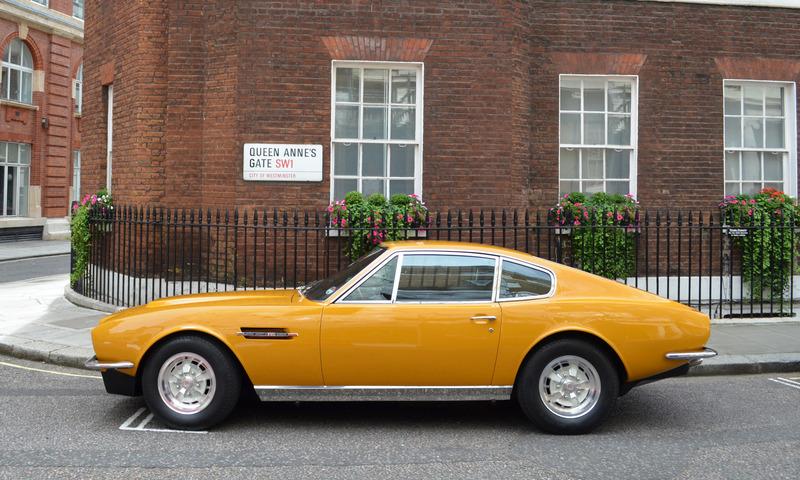 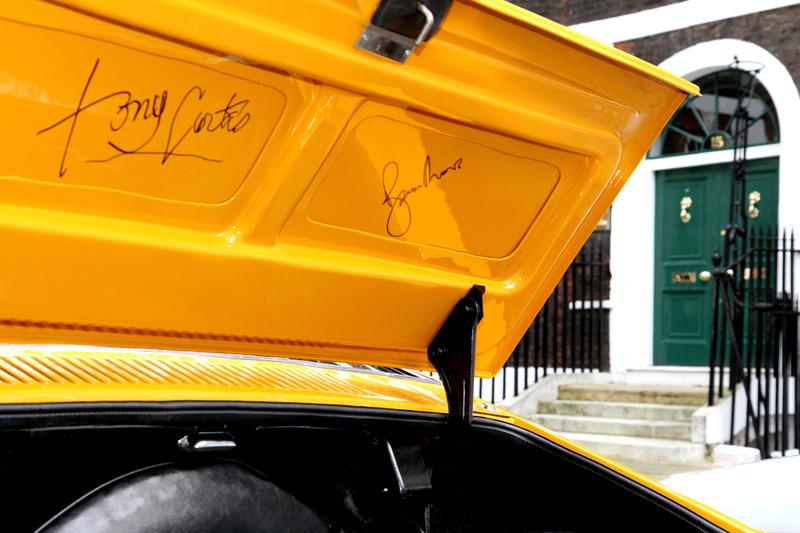 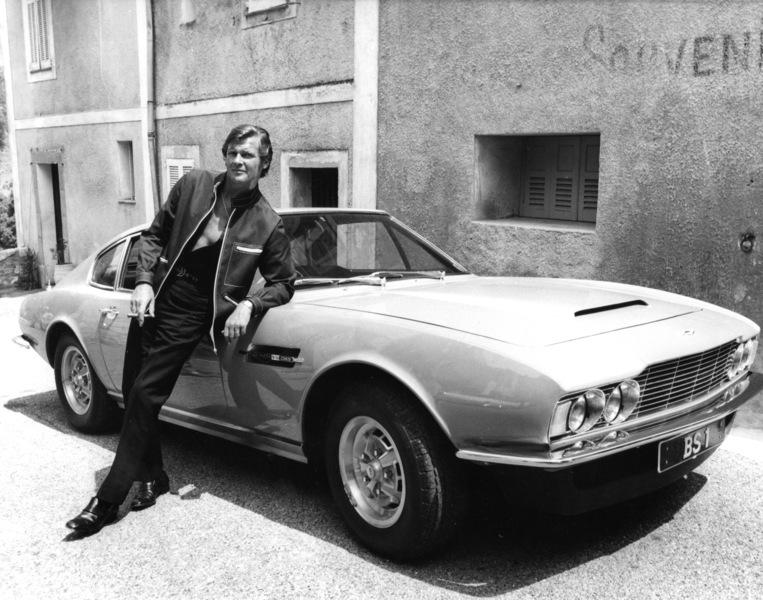