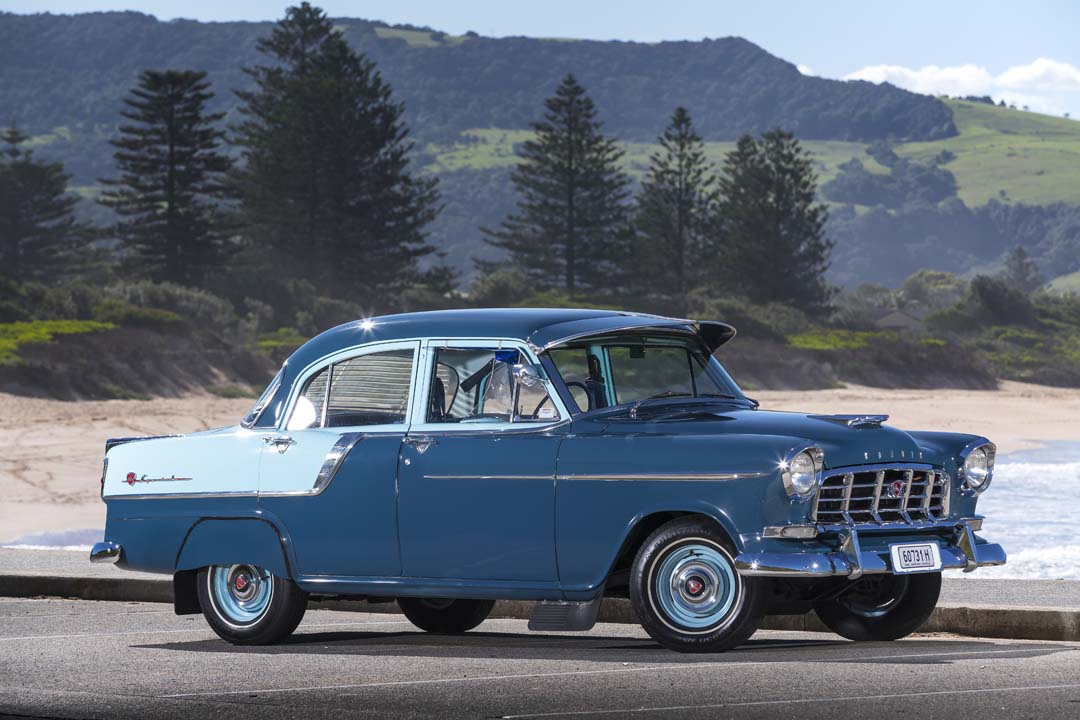 When it comes to cars, it’s not unreasonable to say a lot of us are “visual” creatures. By that, I mean we’re attracted to colourful and shiny things. A newly-restored classic in a bold colour combination will always draw our eye more than a similar machine in drab colours like white or grey.

When we spoke to both the past and current owners of the car featured here, they backed up my theory: both said that the colour and appearance of this ’59 FC Special was a big factor in their decision to buy it.

I’m sure there are other FCs around in Cambridge Blue and Teal Blue like the car featured, but they’d have to be few and far between. A quick google search turned up one example in Victoria, and while Holden’s brochure for the FC when it was new in 1958 featured a Teal and Cambridge wagon, it was in a different configuration to the car featured.

As far as FC Specials go, it seems the normal colour combinations were whites or creams matched to reds and greens, or more ‘earthy’ shades like ochre and grey.

When Greg Hawkes, the previous owner of this car (and the owner of the FE Special featured in the preceding article) first spotted it, he was smitten by its rare colour combination, while the man who bought it from him, Peter Stonebridge, felt the same way.

So, the ‘eye candy’ aspect of this car is undeniable, but for both Greg and Peter, there was a deeper attraction. Greg’s grandfather owned an FC sedan when the model was new, and there’s a family connection with Peter, too.

“My brother had an FC – a two-tone grey one,” Peter explained. “I learnt to drive and got my licence in that FC back in the ‘60s.”

A professional panel beater, Peter did some of his very first panel work on his brother’s FC, too. Fast forward almost five decades and those skills would come in handy on this car.

Inspired by photos and stories of his grandfather’s FC, Greg said he’d wanted a similar machine ever since he was a kid, but that desire became more serious as he grew older, finally coming to fruition in 2003.

After checking out an example in Sydney’s southern suburbs that proved to be way overpriced for its condition, Greg and his father, Dennis, spotted another advertised in the Trading Post.

That car was this Cambridge and Teal FC Special. The story goes that the car was one of two FCs that had been restored for a competition run by the Auto One automotive spare parts chain. Ironically, the bloke who won this car was a staunch Ford fan, hence its appearance in the Trading Post soon after!

Freshly restored, with new paint, new rubbers and seals, new chrome, new tyres, a number of period-authentic NASCO accessories and a few modern touches, like a hidden Pioneer CD sound system, the car ticked a lot of boxes. A quick test drive sealed the deal - Greg now had the FC he always wanted. But it proved to be not entirely the FC he thought he’d got.

Not long after purchase, some rust stains on the engine that were thought to be minor proved to be major; there was serious rust right through the block. For someone like Greg who looks after his cars, this just wouldn’t do. So, through some mates, he sourced a replacement grey motor and three-speed transmission. As part of a full rebuild, he added an oil filter and electronic ignition, as well as a quieter 3.55:1 diff. That drivetrain is still in the car today.

More recently, new front and rear rubber floor mats were fitted, but the seat upholstery and door cards are the 1959 originals.

After enjoying the car for many years on runs with the FE FC Car Club of NSW, Greg confessed that, more recently, the FC probably wasn’t getting the regular work it needed. That lack of use was compounded by the addition of an FE Special and EJ Special to the Hawkes garage. As such, Greg made the tough call to sell the car to someone who could exercise it more regularly.

Listed with JUST CARS back in February, it came to my attention when I was looking for good examples of classic Holdens to add to this series of feature articles. The same ad also came to the attention of Peter Stonebridge.

“I’d made up my mind to get another car,” Peter explained. “There were a few rough ones around, but I didn’t want to do another [resto], so I went and had a look at this one. It’s an unusual colour combination and, with all the NASCO accessories, it was a pretty car.”

With only 20,000 miles on the reco’d 132 motor in the past 14 years, and most of the paint and trim still in top condition, the car pretty much sold itself. Like Greg, Peter liked the colour combo, so he bought the car to add to his custom FJ sedan (with VS Commodore running gear and interior) and an EH ute that we’ll be featuring in a future article. 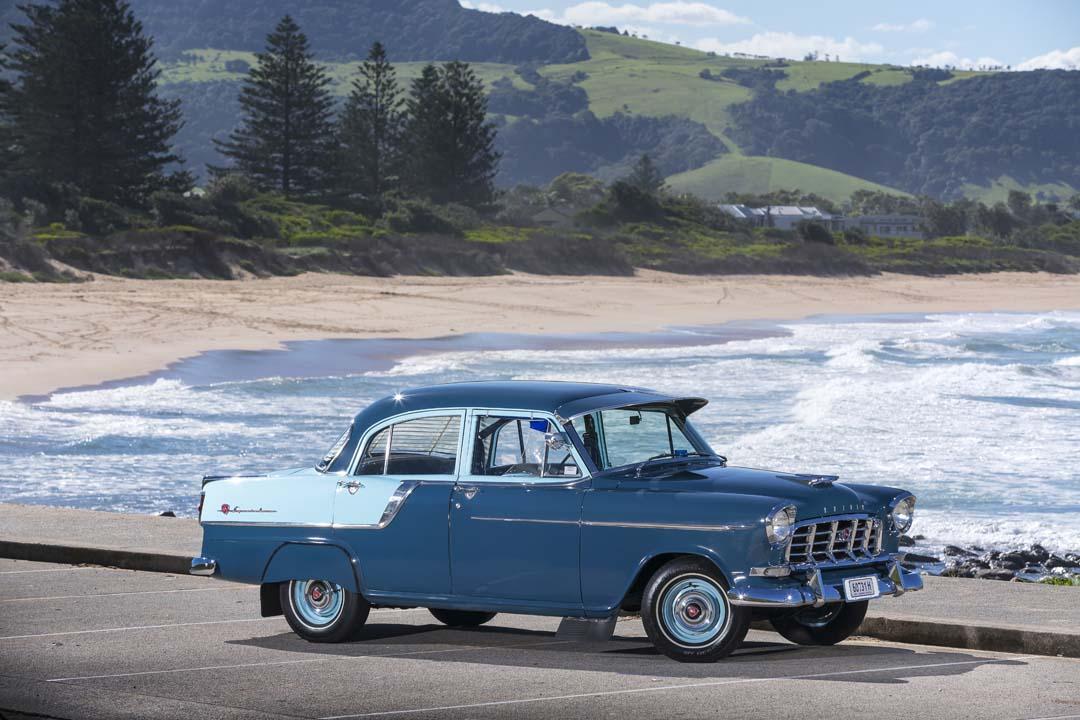 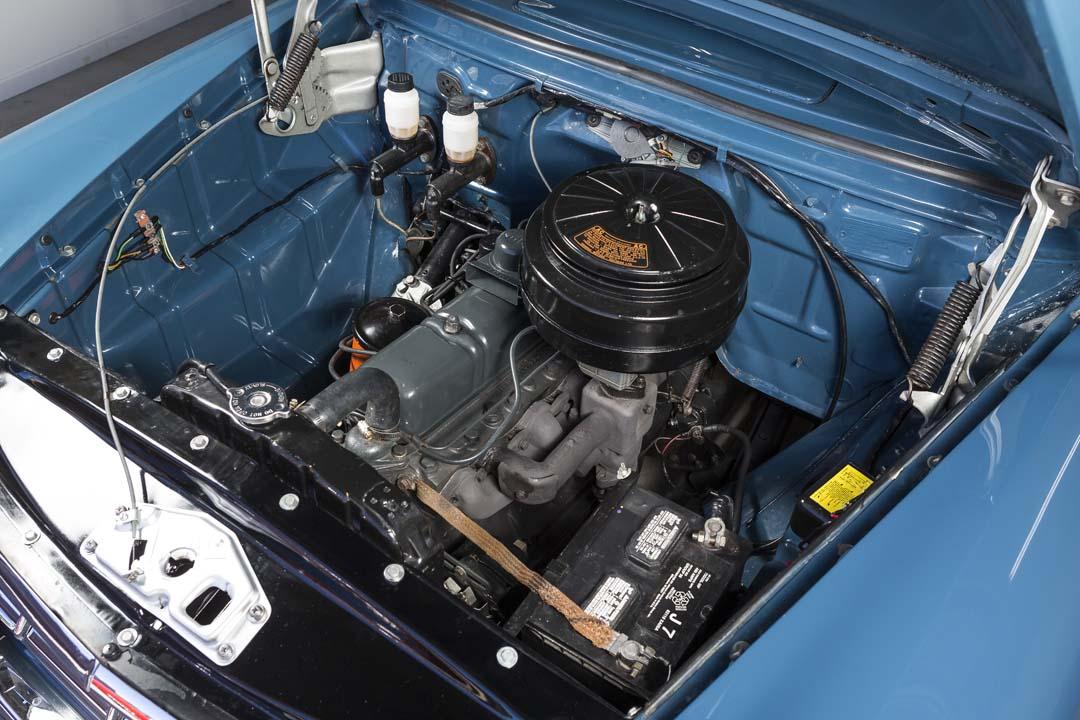 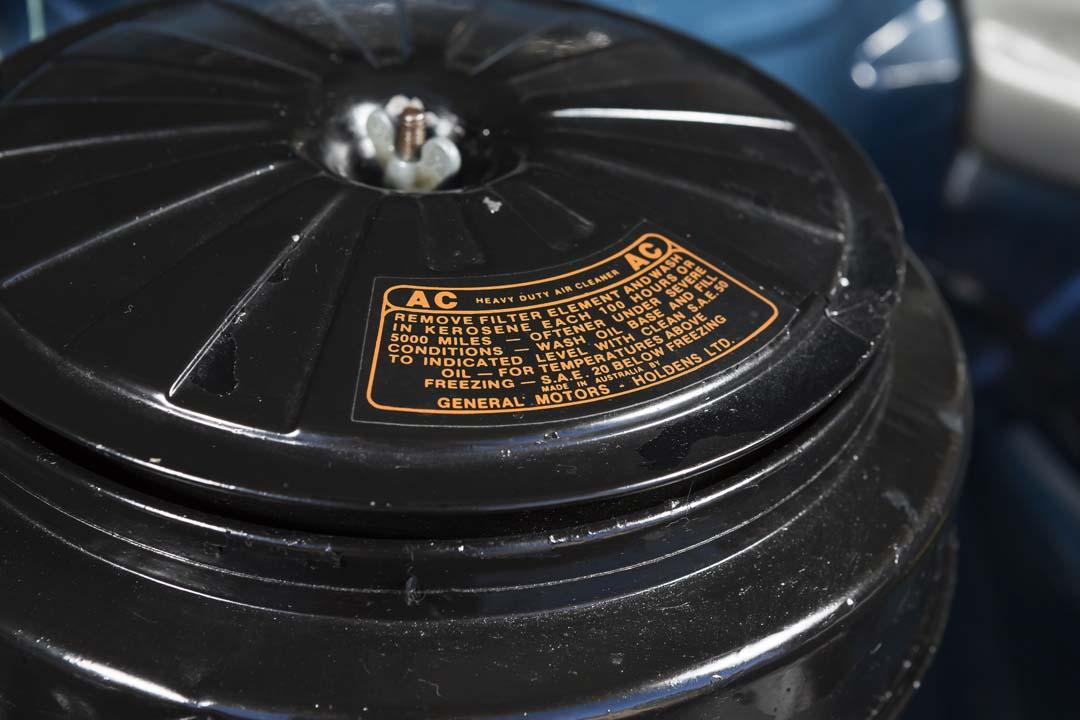 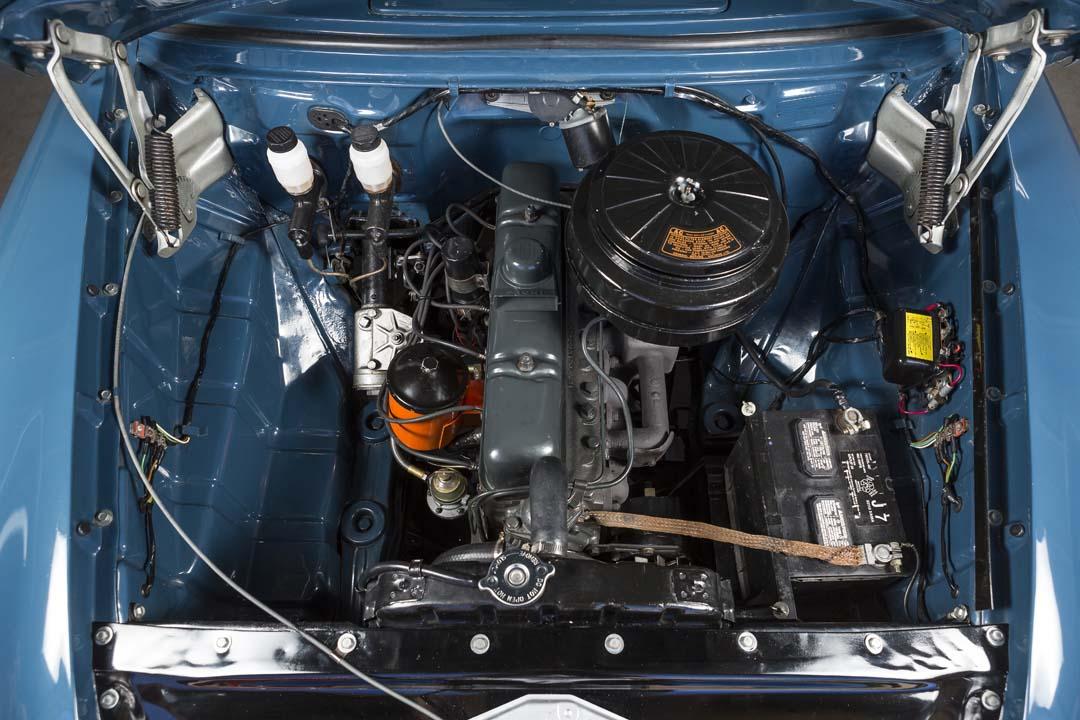 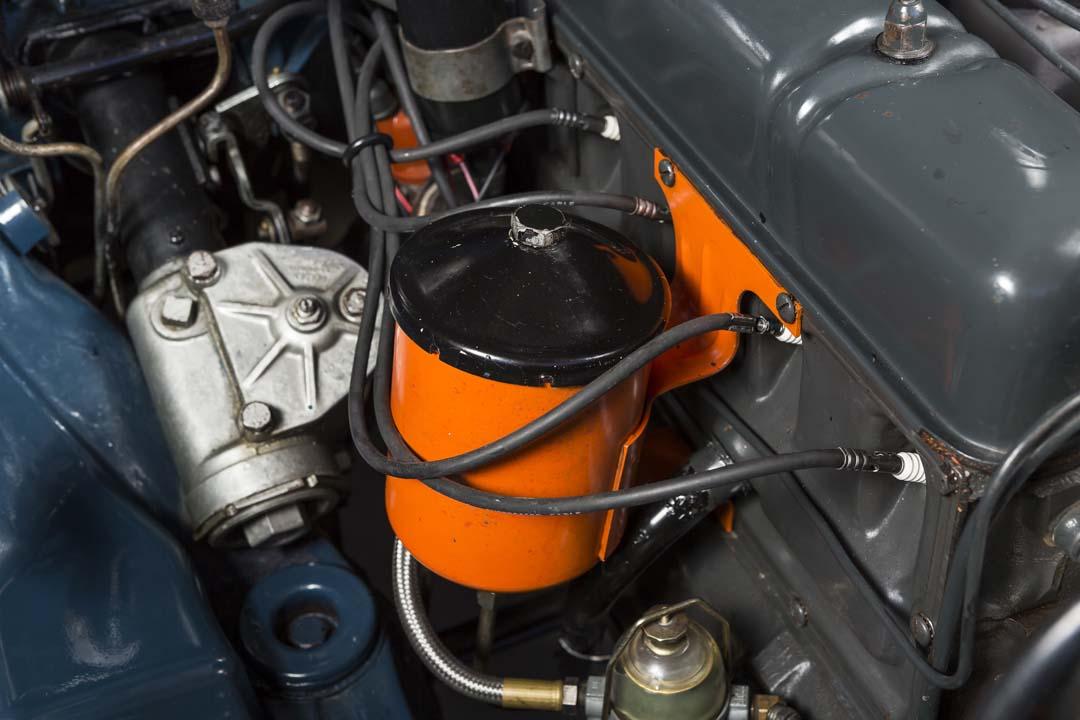 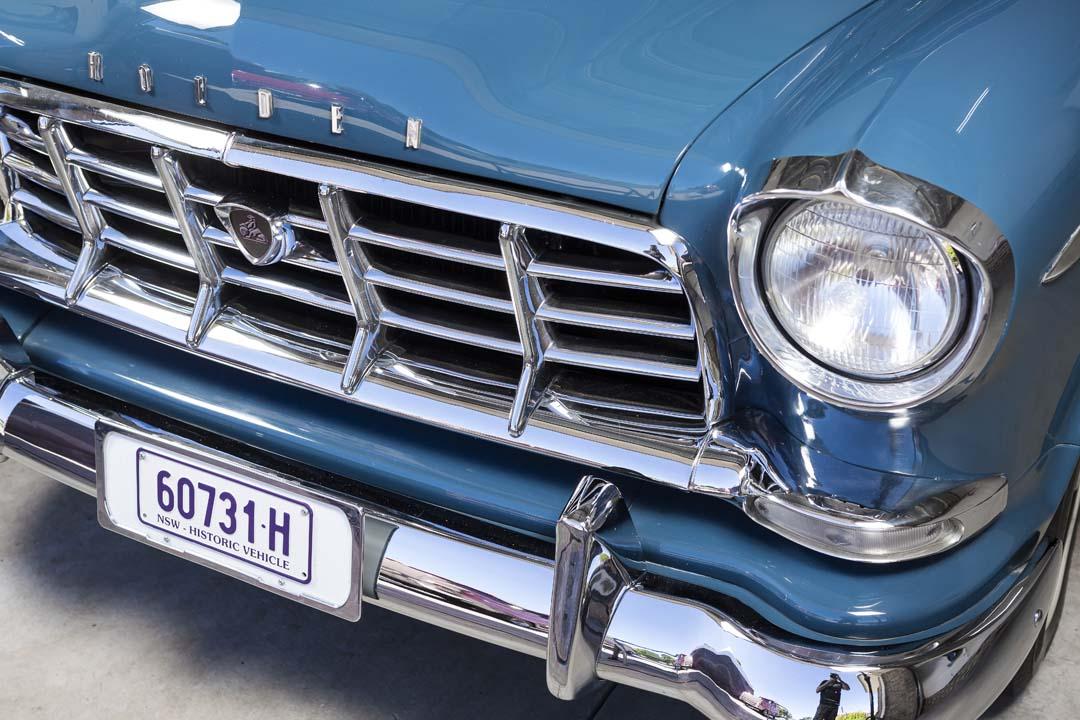 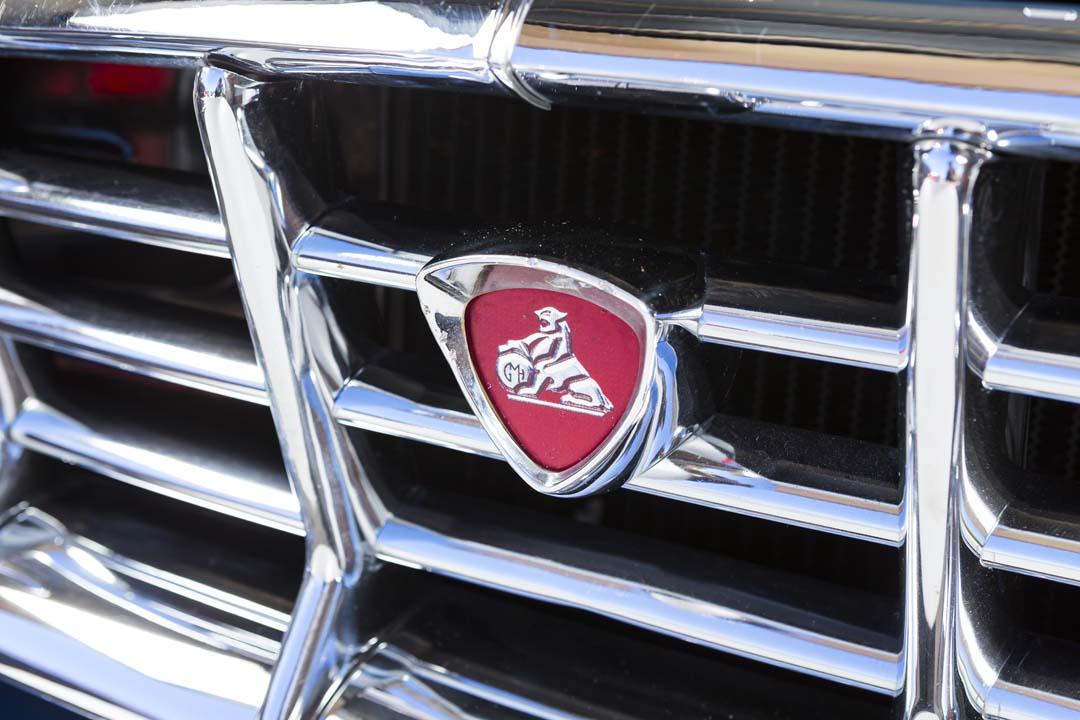 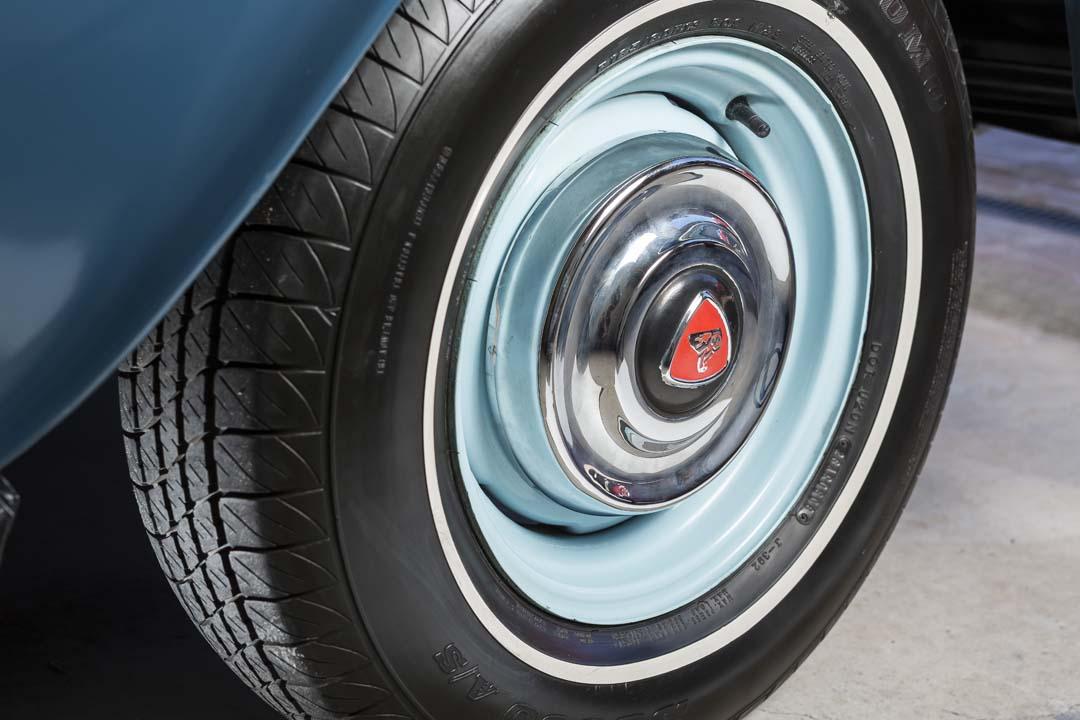 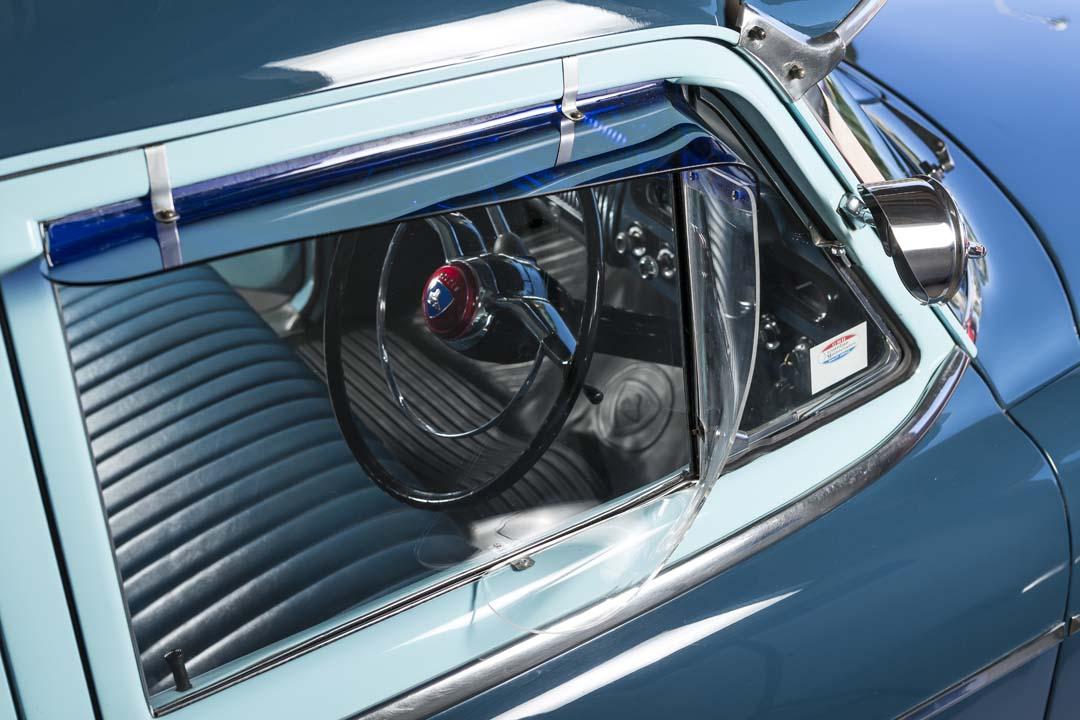 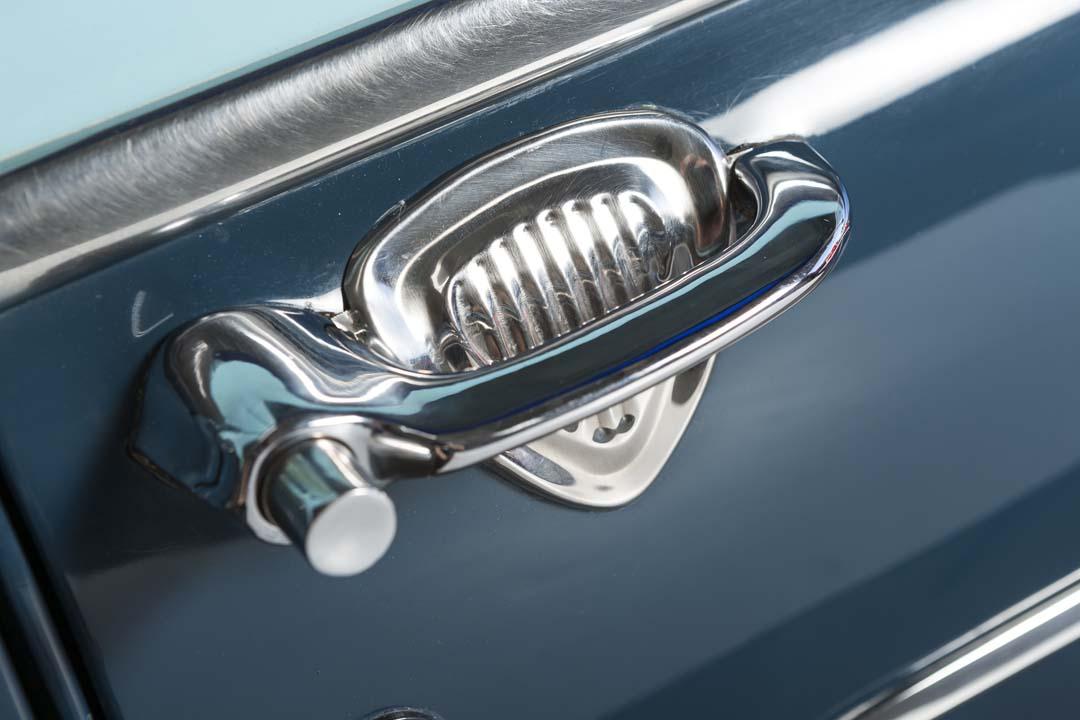 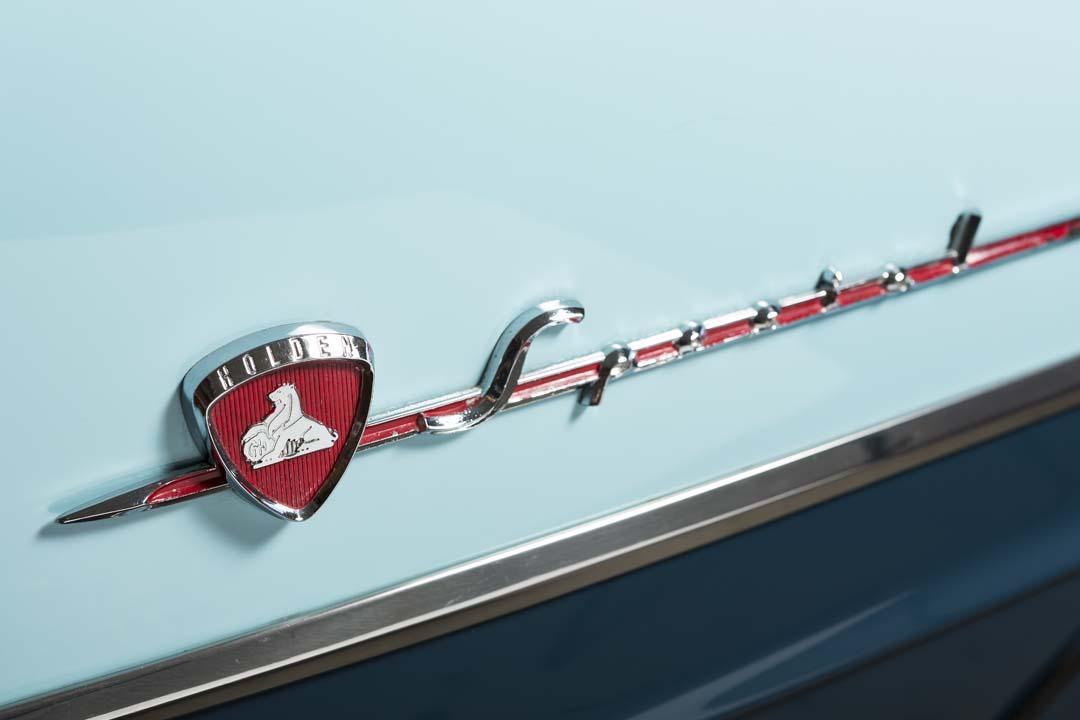 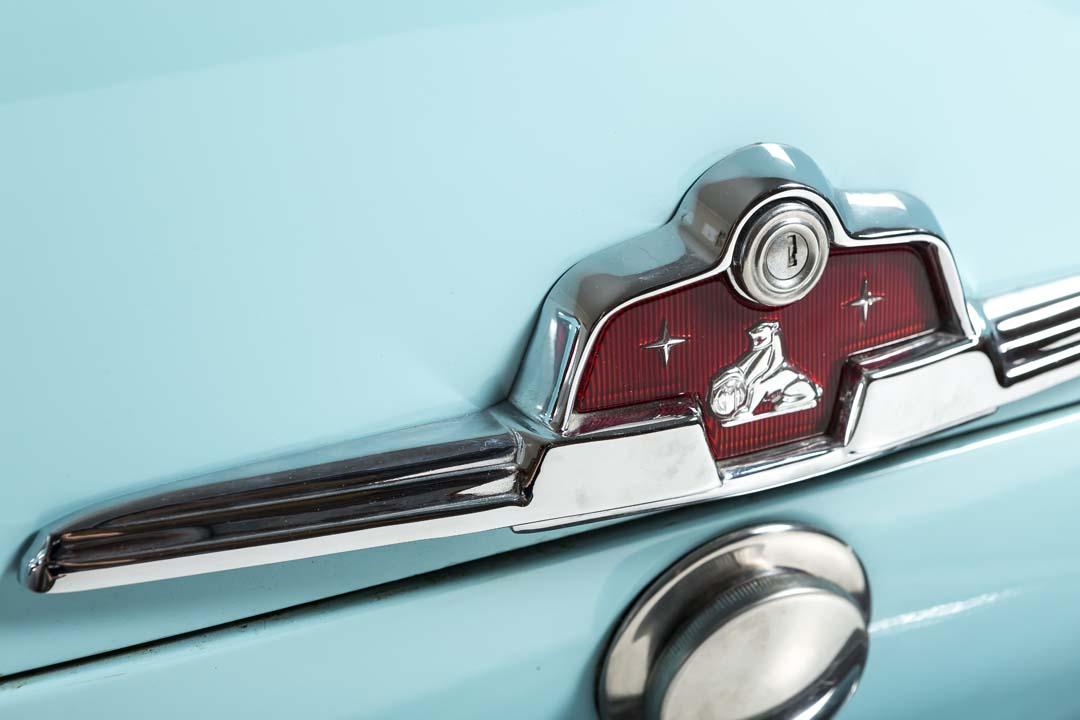 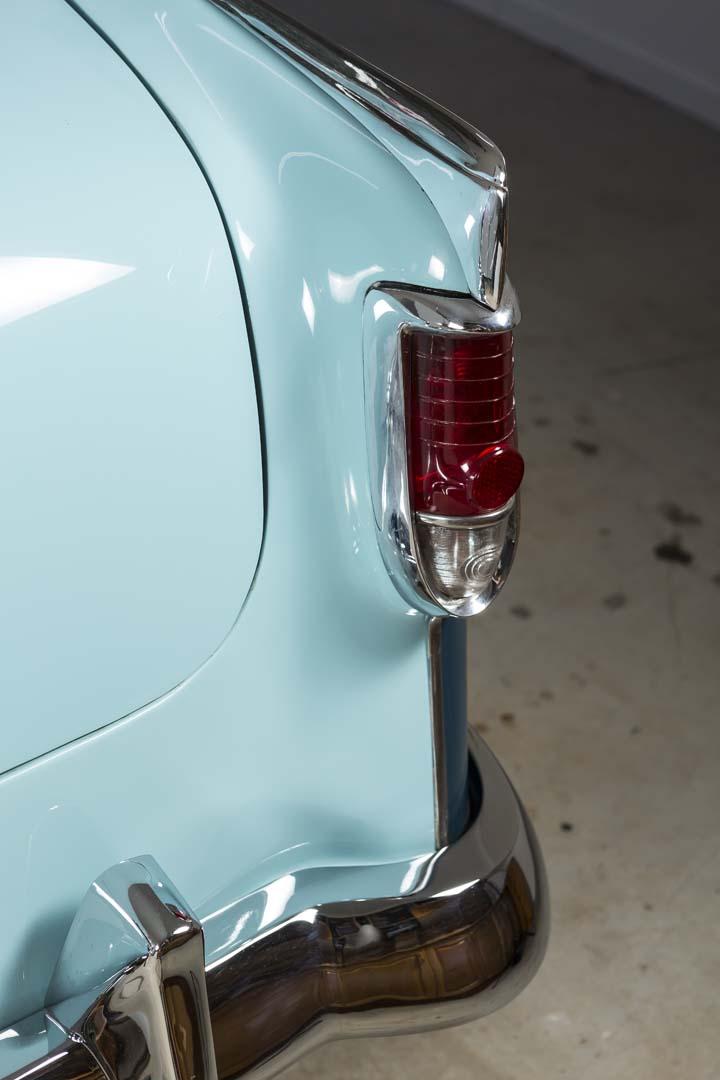 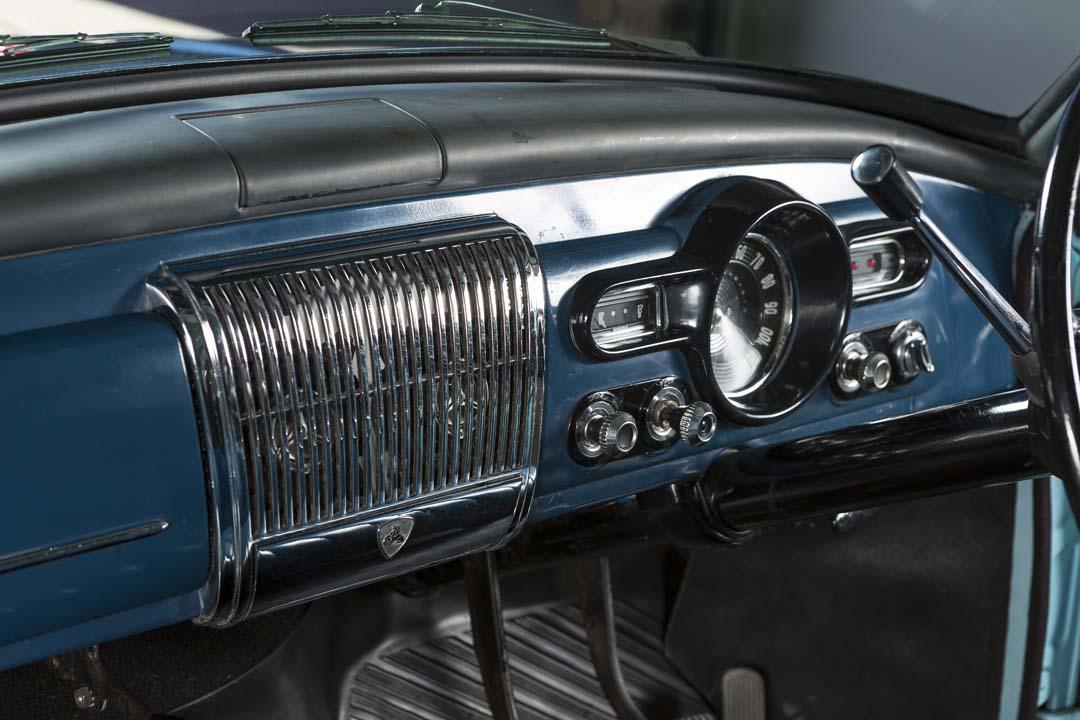 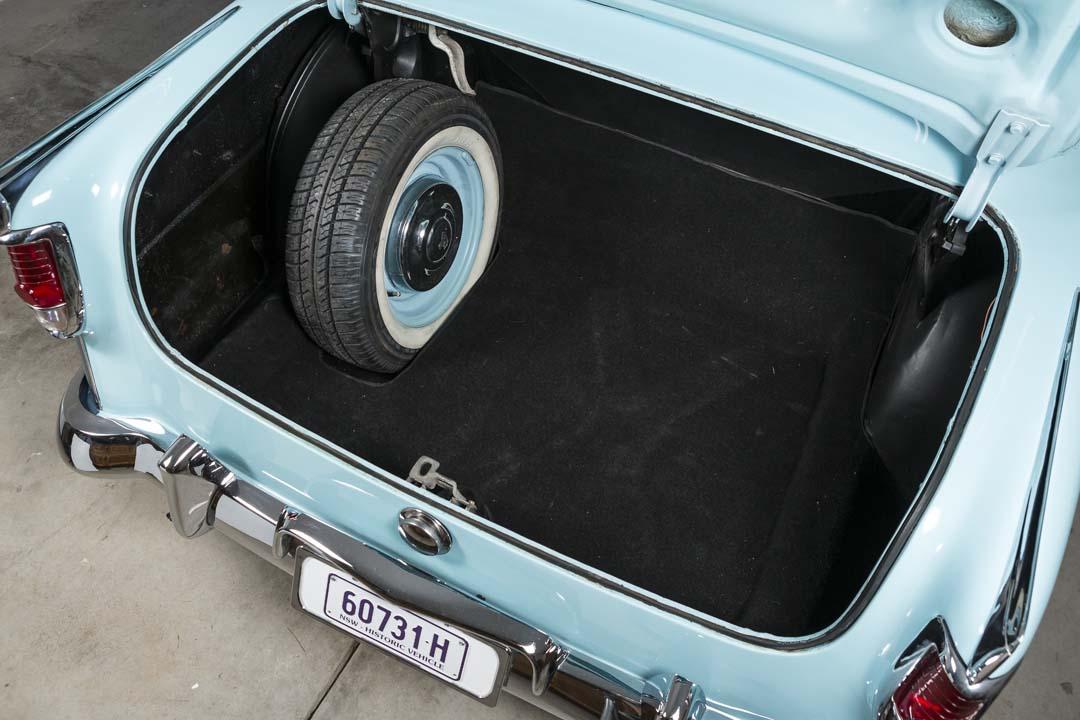 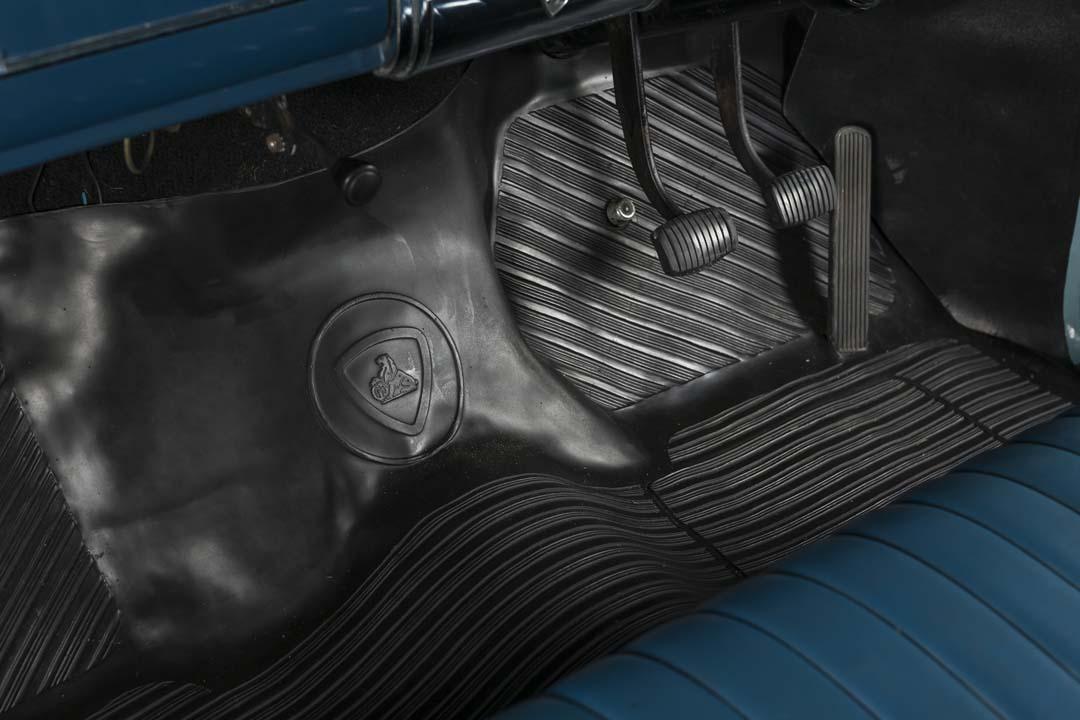 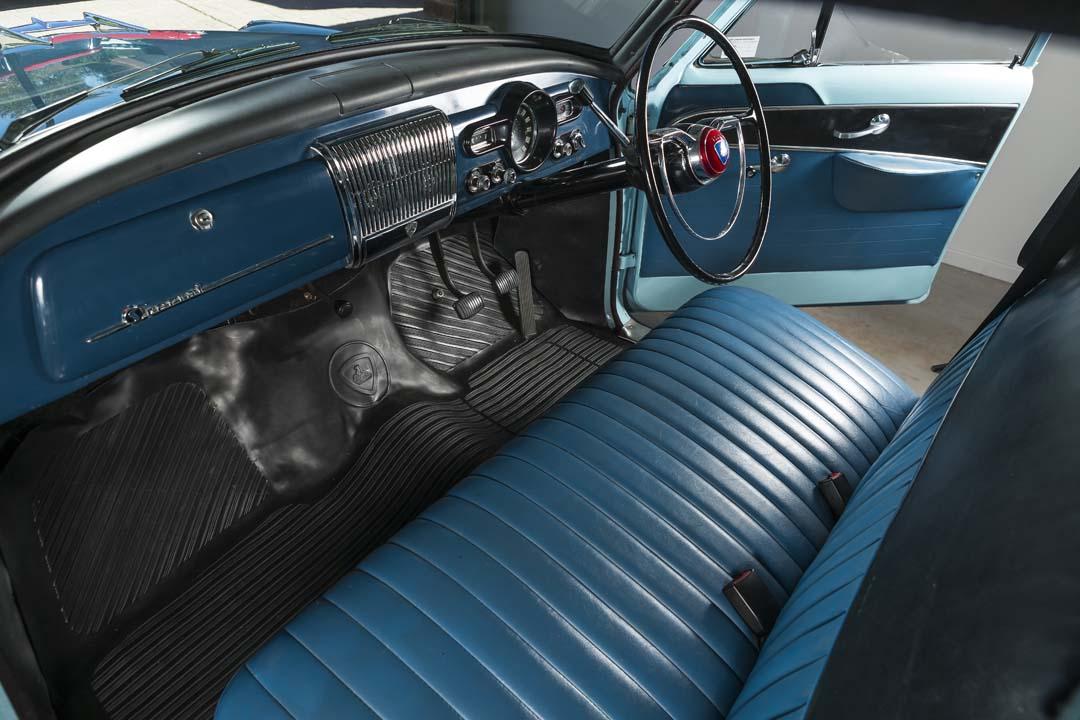 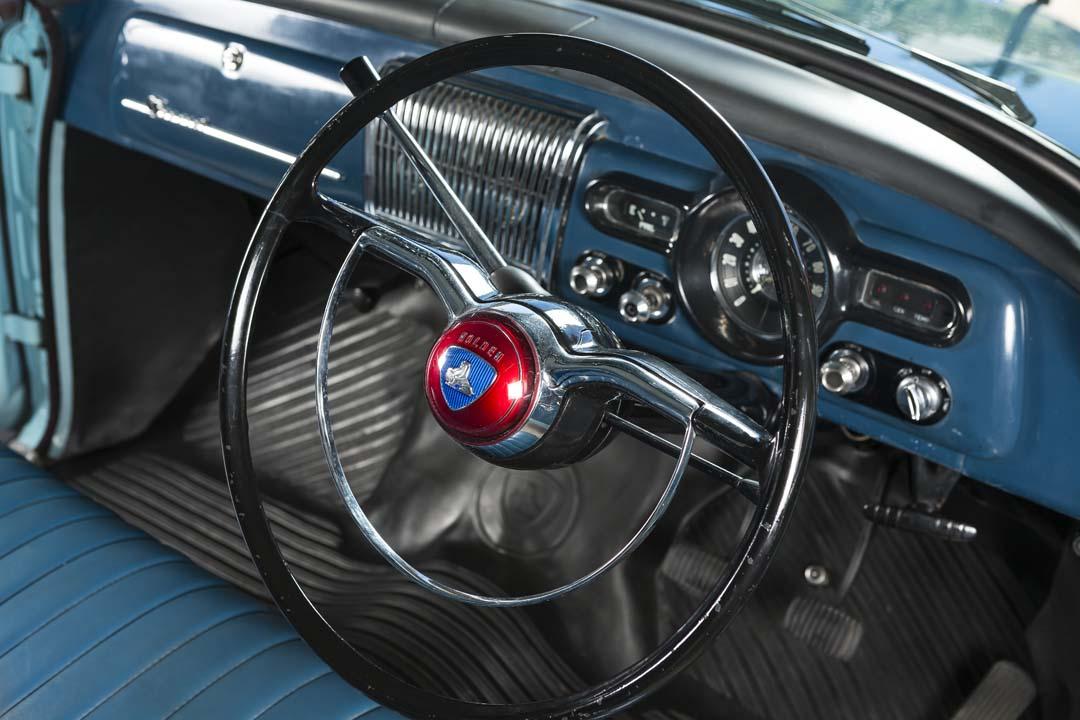 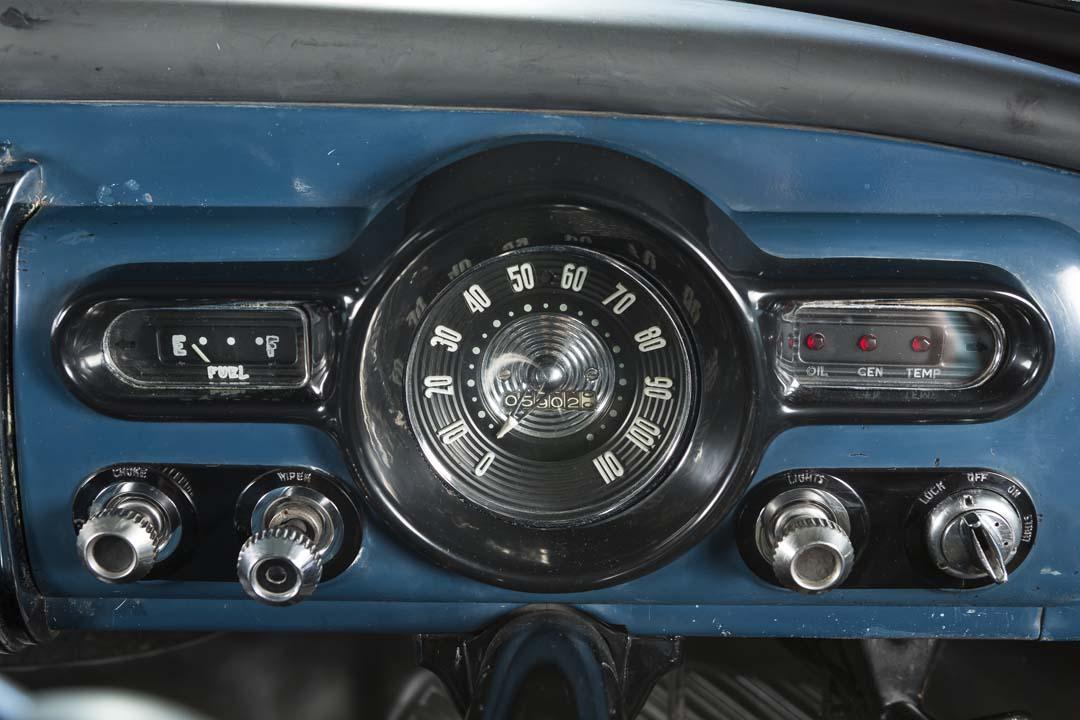 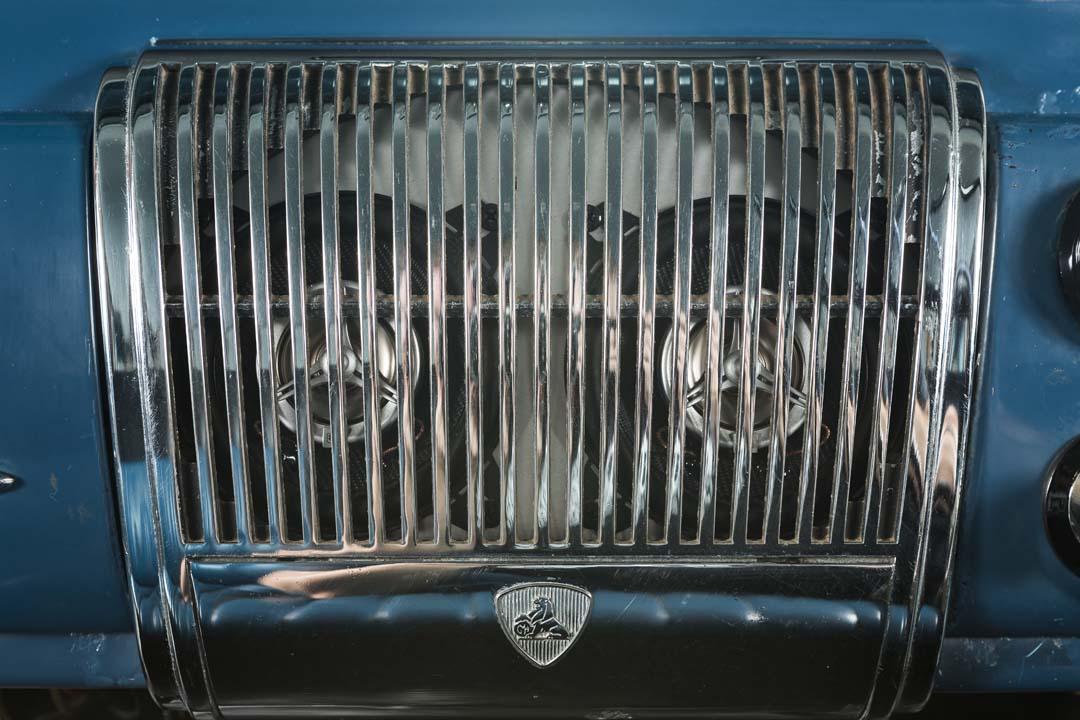 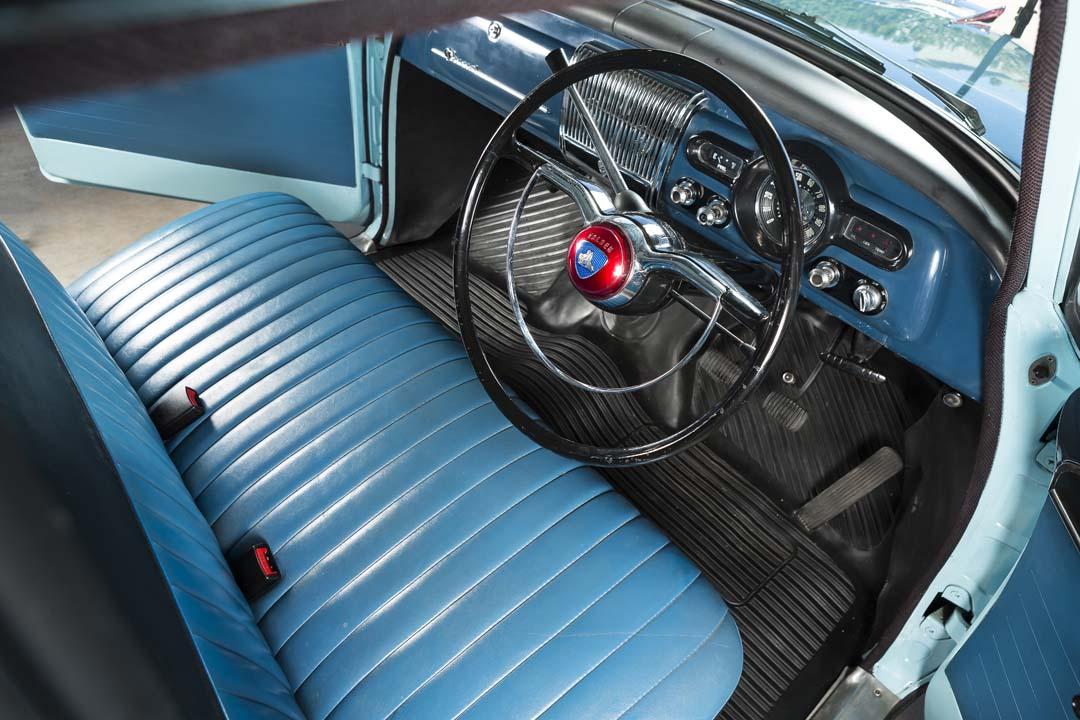 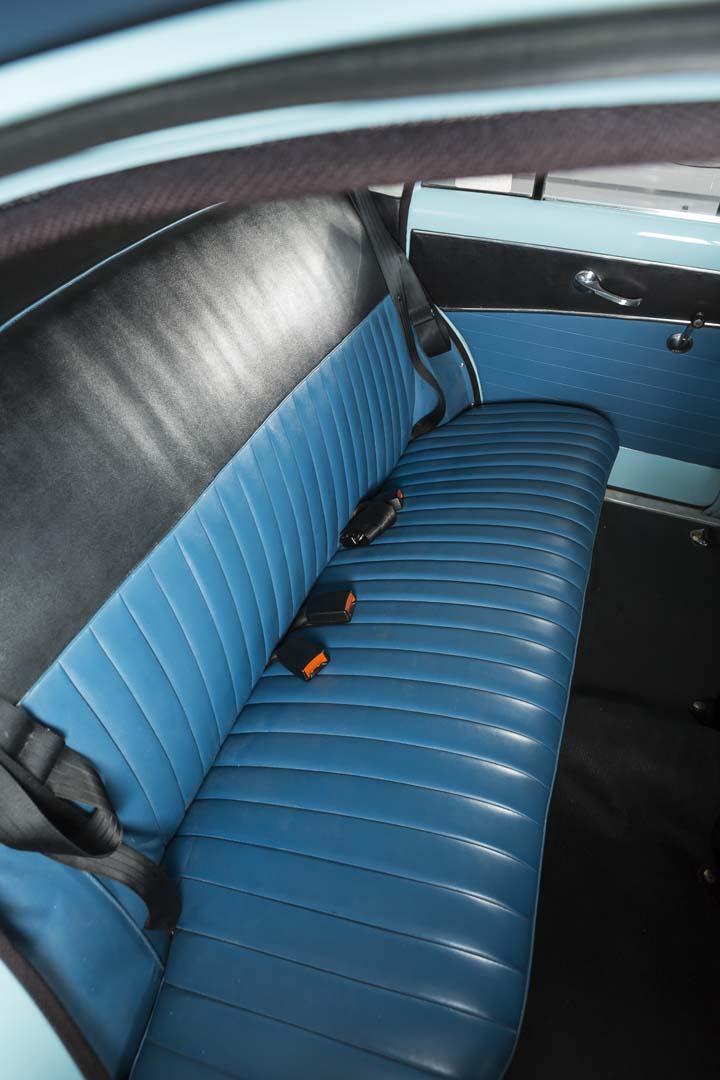 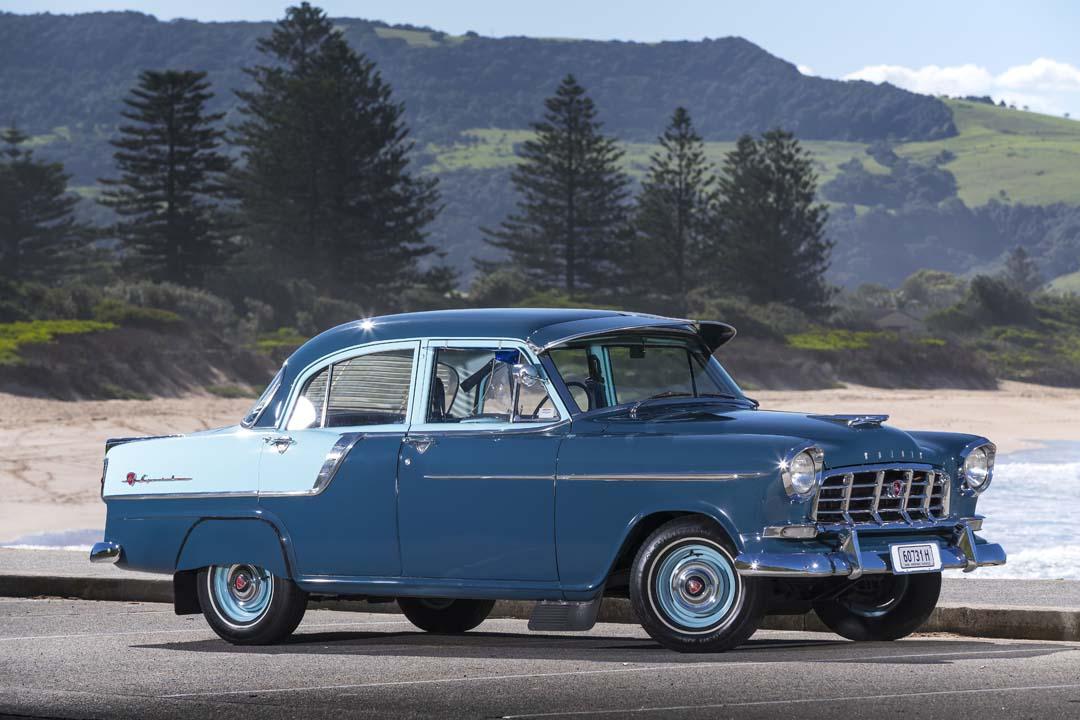 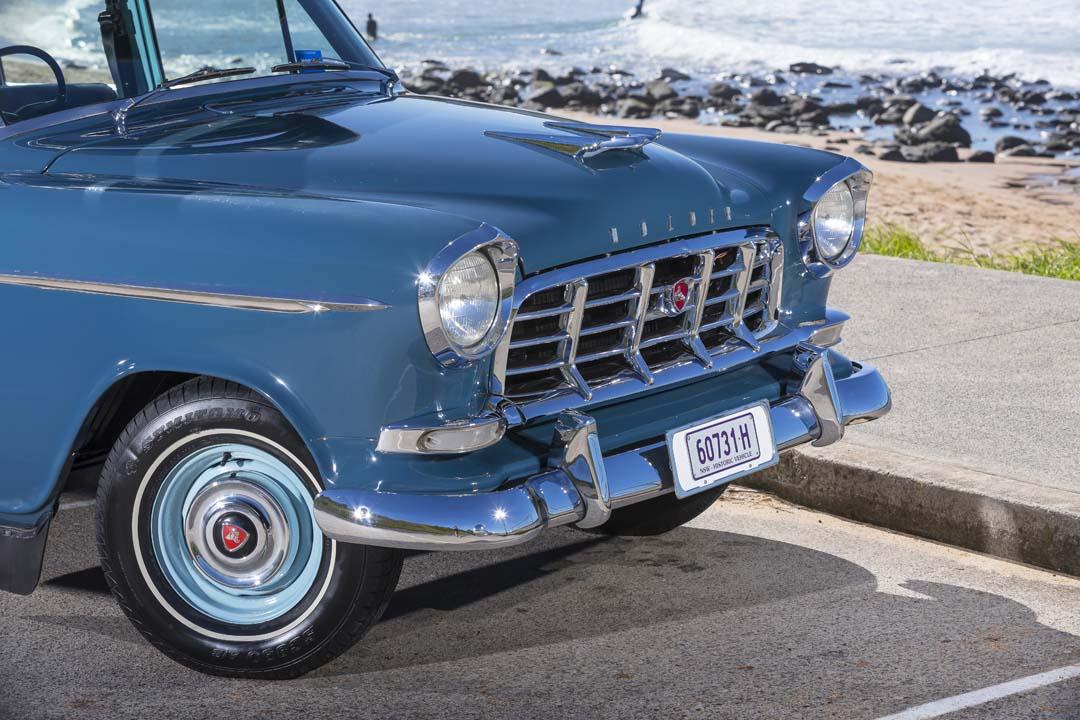 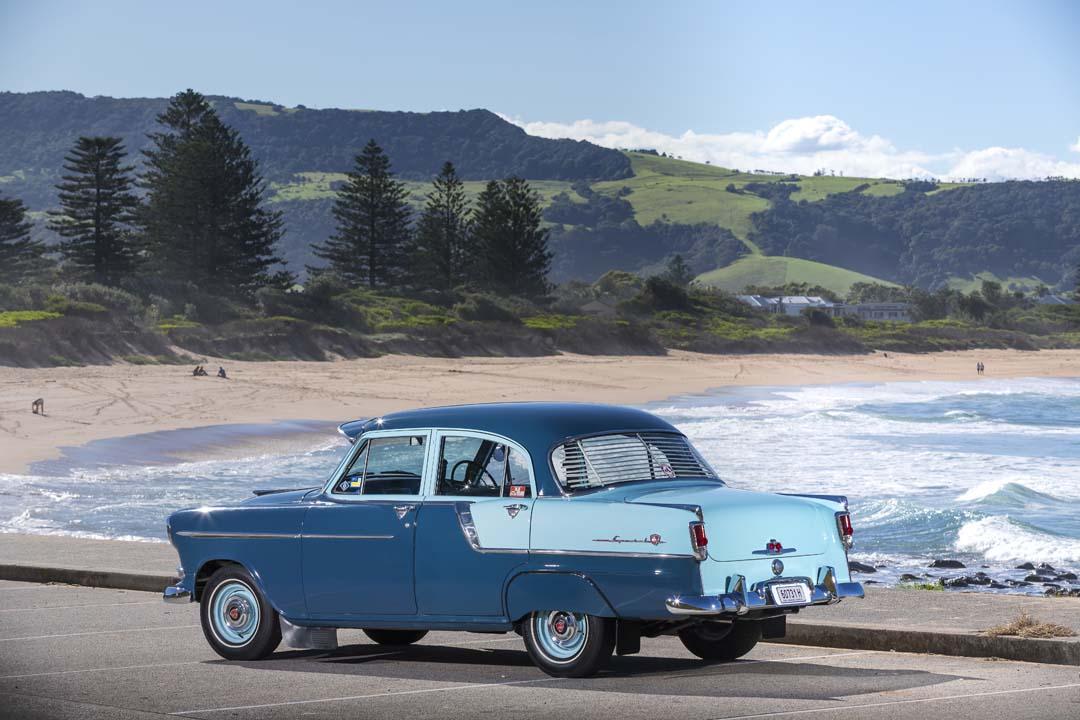 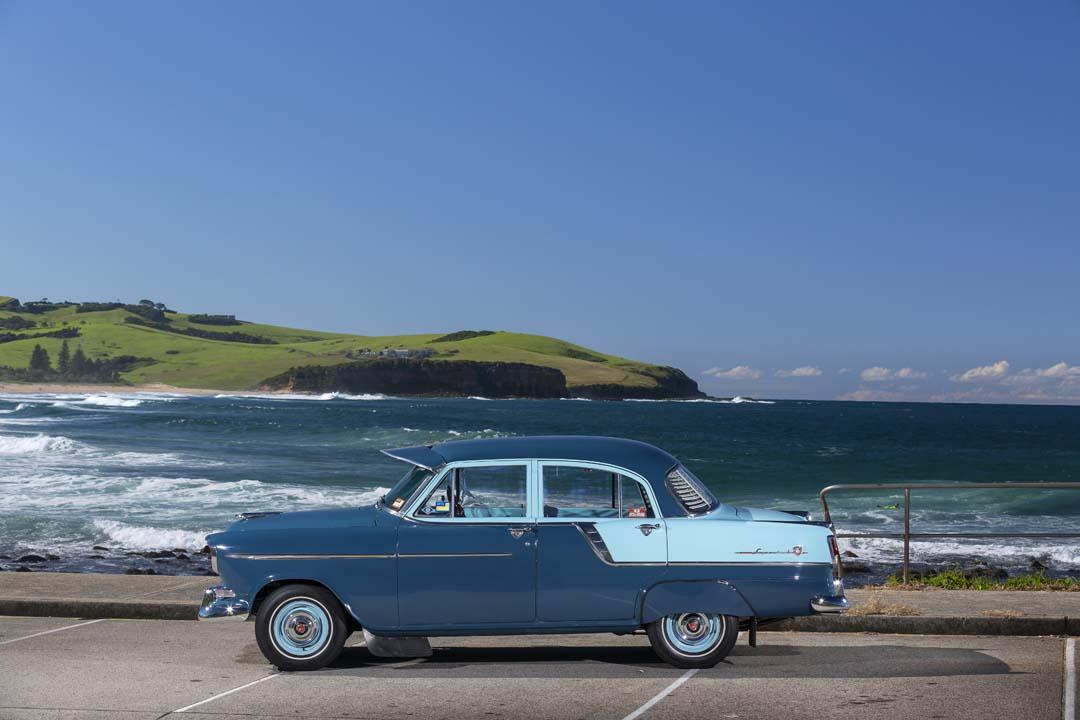 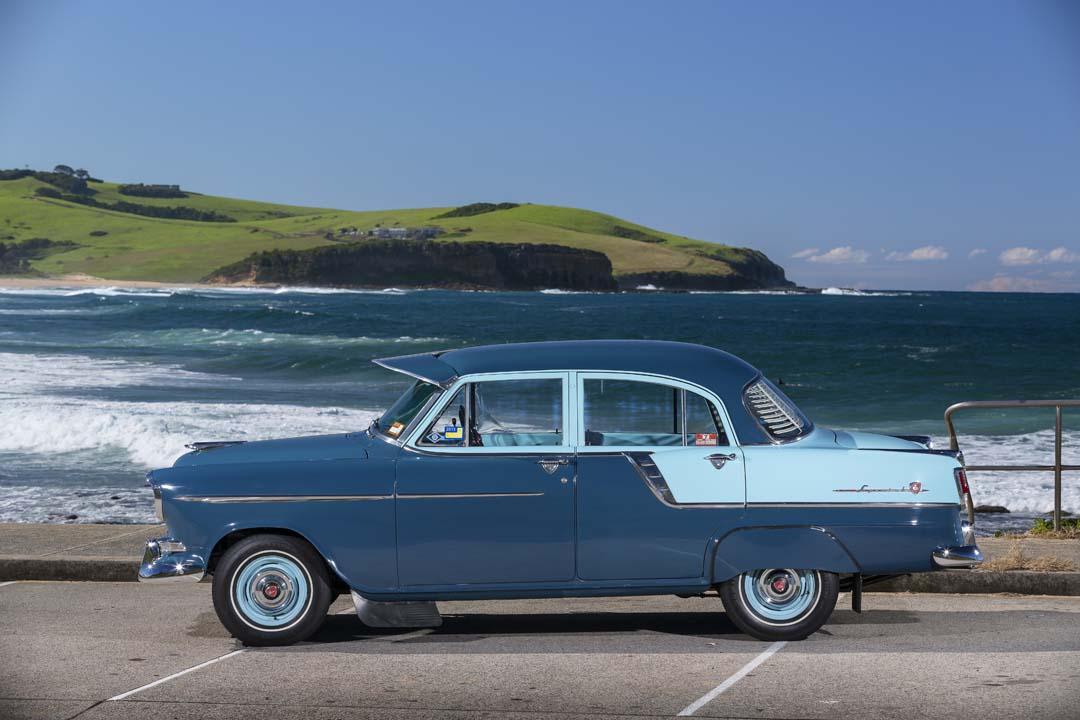 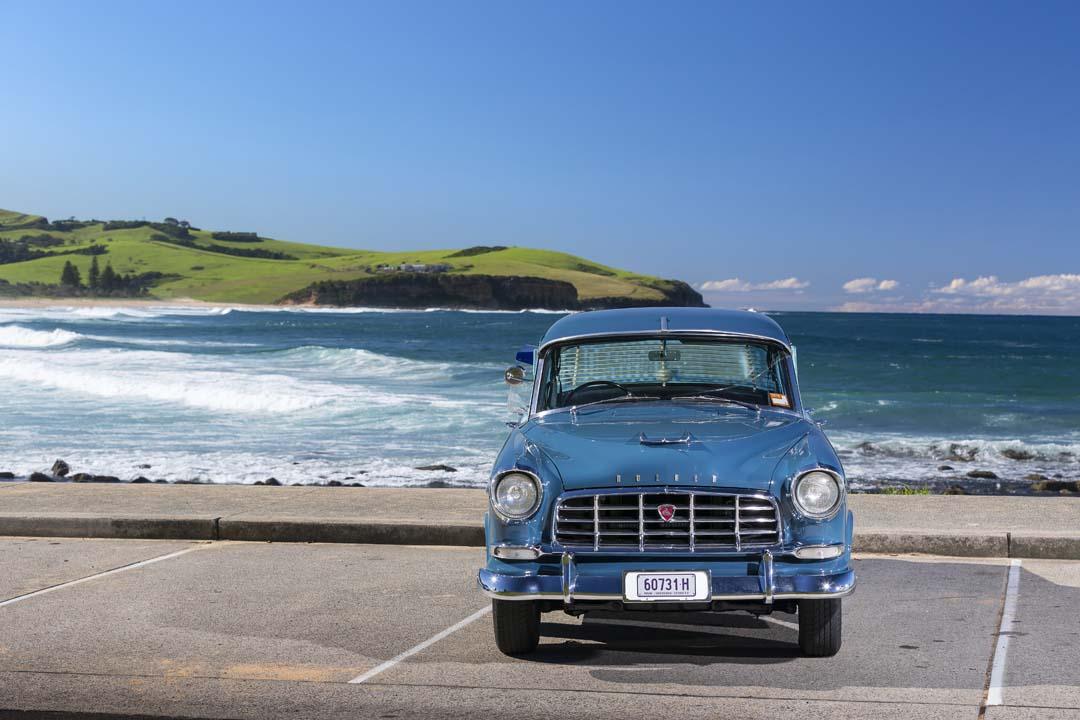 As purchased, the FC was hard to fault, but Peter spotted a few areas that could be rectified to make it even better: “I do a lot of club runs, so I wanted to get [the car] to the point where I could just start it up and drive without having to worry about it.”

Greg had made Peter aware of a couple of rust bubbles showing in the front doors and one rear quarter. Being an experienced panel beater with more than a few restos under his belt, these were easily rectified.

“The rust wasn’t a big deal,” Peter said. “I took the front doors off, made up sections to repair and welded them up.”

To protect the door inners and underbody, Peter used his own special brew – a mixture of Castrol’s Tection oil and fishoil – as a rust preventative. The rest of the body, including the floors and guards, were good and needed no repair work.

New gaskets and a timing cover seal addressed some minor oil leaks, and as he’s not a fan of electronic ignition, Peter swapped that for the previous points and condenser set-up.

After renewing the brakes, including new master cylinders and linings, Peter also chose to recondition the clutch, adding a new master and slave cylinder, as well as a beefier pressure plate: “You can buy these new clutches – they’re like a 179 clutch – but modified to fit the earlier transmissions.”

Finally, new front seat belts were fitted and a saggy front seat, caused by broken springs, was sent to a motor trimmer mate of Peter’s who replaced the springs without affecting the original vinyl upholstery.

Hit the Road, Up the Value

With all the restorative work done, Peter was ready to enjoy the FC on runs with the Illawarra Early Holden Club, which he joined when he moved down to the region.

“I’ve done six shows with it and fifteen runs on the 60-day permit as part of the club rego, so we have got around in it,” Peter laughed. “I’ve got a mate who’s got an FE, and we do a few runs together.”

At its most recent show, the Kiama Car & Bike Spectacular this past November, Peter presented the FC to Shannons for valuation. After thoroughly checking it over, they valued it at $38,000 – roughly a $10,000 increase on what Peter paid for the car and put into the restorative work.

Peter estimates he’s put around 1500 miles on the car since, and while the shows he’s taken it to are local events, usually within a 50 to 80km radius, he’s confident the car could go much further: “You could drive around Australia in it, I reckon.”

When I first spoke to Peter, he was looking to sell the EH ute that he’d built from the ground up, but a recent change of heart has led him to keep that and put the FC on the market instead (see breakout).

“I’ve always wanted an EH Premier, but they’re so hard to get now and the few I’ve seen need full rebuilds and aren’t cheap to buy anyway,” Peter explained. “This ute has got everything in the cabin that a Premier would have, as well as the right mechanicals and everything – it’s just perfect.”

So, as he’s unwilling to take on another full resto as he nears 70 years of age, Peter’s hoping the sale of the FC will part-fund a good EH Prem that doesn’t need a ton of work.

“I don’t really want to sell any of them,” Peter laughed.

As proof of this car’s visual appeal, Peter recounted that, at the recent Kiama show, a bloke was taking an inordinate amount of photos of the FC. When Peter asked what he was doing, the snapper explained that he was going to print out large copies of the pictures to decorate his shed!

Just as Peter fell under the spell of this car, like Greg before him, I’m sure someone will see the pictures in this article and fall in love with this bright blue beauty, too. Maybe that someone is you.

Thanks to Peter Stonebridge, as well as Greg and Dennis Hawkes for assistance in compiling this article.