Over 1,000 lots consigned for October auction in Victoria.v

Burns & Co are gearing up for a big end to 2021, with a massive two-day collectors’ auction to be held in their Bayswater, Melbourne, facility this coming 9 and 10 October. 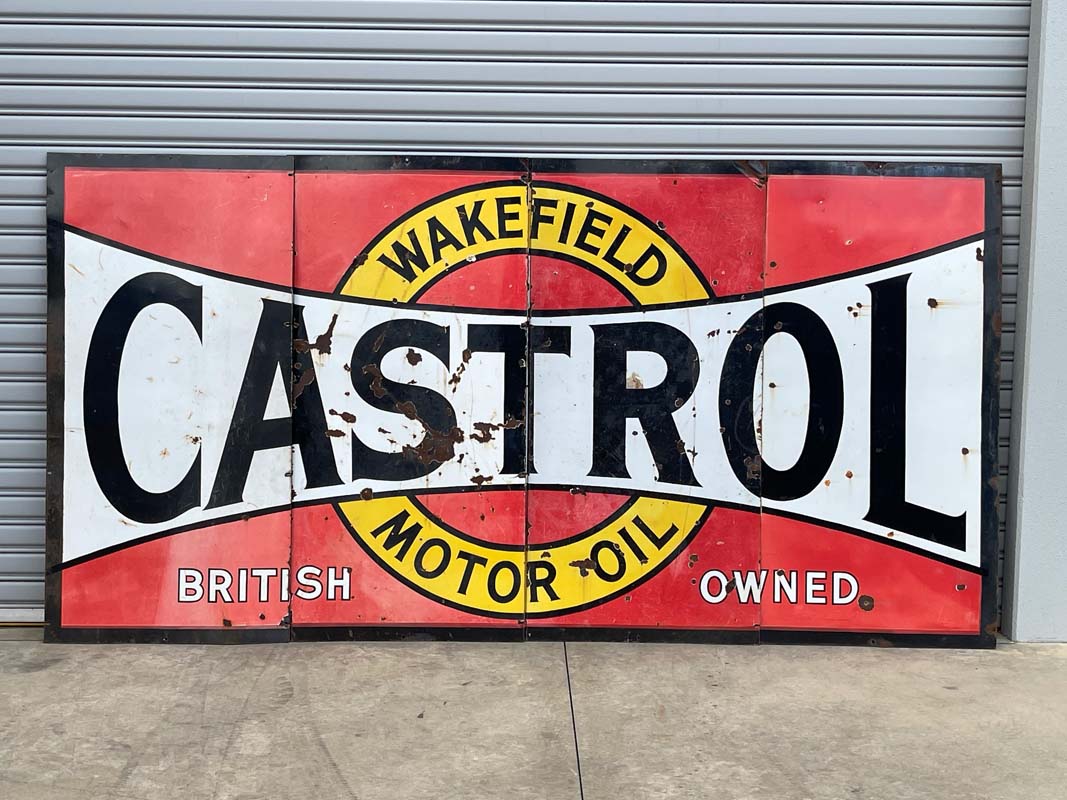 Previous Collectors Auctions conducted by Burns & Co, in March and June, were big, but the October auction will be even bigger.

Entries in the October catalogue have been received from South Australia, NSW, Victoria and Queensland, with over 1,000 lots consigned, including many rare and highly-desirable pieces of petroliana and garagenalia.

There are some desirable embossed signs amongst the consignments, as well as some more recent plastic signs, including from decommissioned Holden dealerships.

Amongst the more unusual signs in the 9-10 October Collectors Auction is one for Barnet Glass.

While it sounds like something you’d put in your windows, Barnet Glass was actually a brand of tyres – and one with an unusual history.

As well as a company, Barnet Glass was a man, born in Poland and learning how to manufacture rubberised waterproof clothing in England. Emigrating to Australia in 1877, Glass established a similar business in Victoria – Barnet Glass & Sons Pty Ltd. 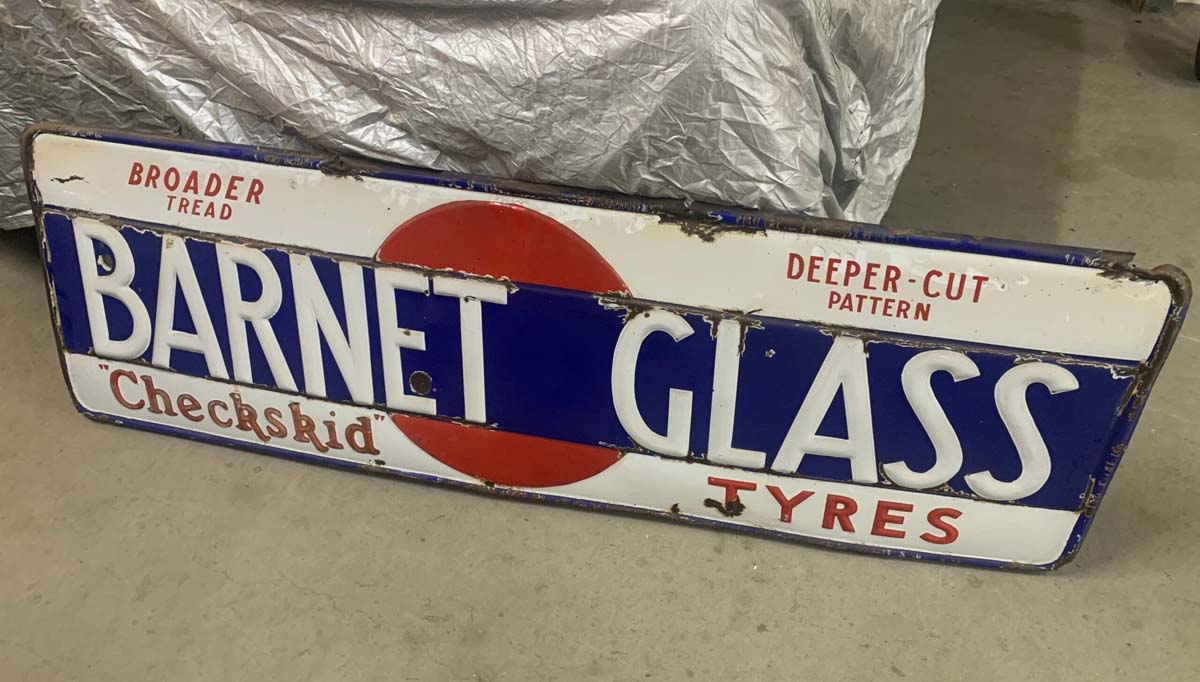 Following legal action with Dunlop in the early 1900s, Barnet Glass expanded into tyre manufacturing in 1908 with locally-made products, including ‘Boomerang’ motorcycle tyres (that featured actual boomerang-shaped tread blocks) and ‘Checkskid’ tyres for cars and trucks. Touted for their ability to get you “there and back,” as well as their safety, Barnet Glass’s tyres gained a high degree of notoriety through the 1910s, ’20s and ’30s. The business also boasted branches throughout Australia and New Zealand. In addition to manufacturing their own tyres, Barnet Glass were also agents for Michelin.

Barnet Glass the man died in 1918, but his company survived under the management of his sons. Following a merger with Dunlop in 1929, Barnet Glass products were rebranded as Dunlop from 1938. 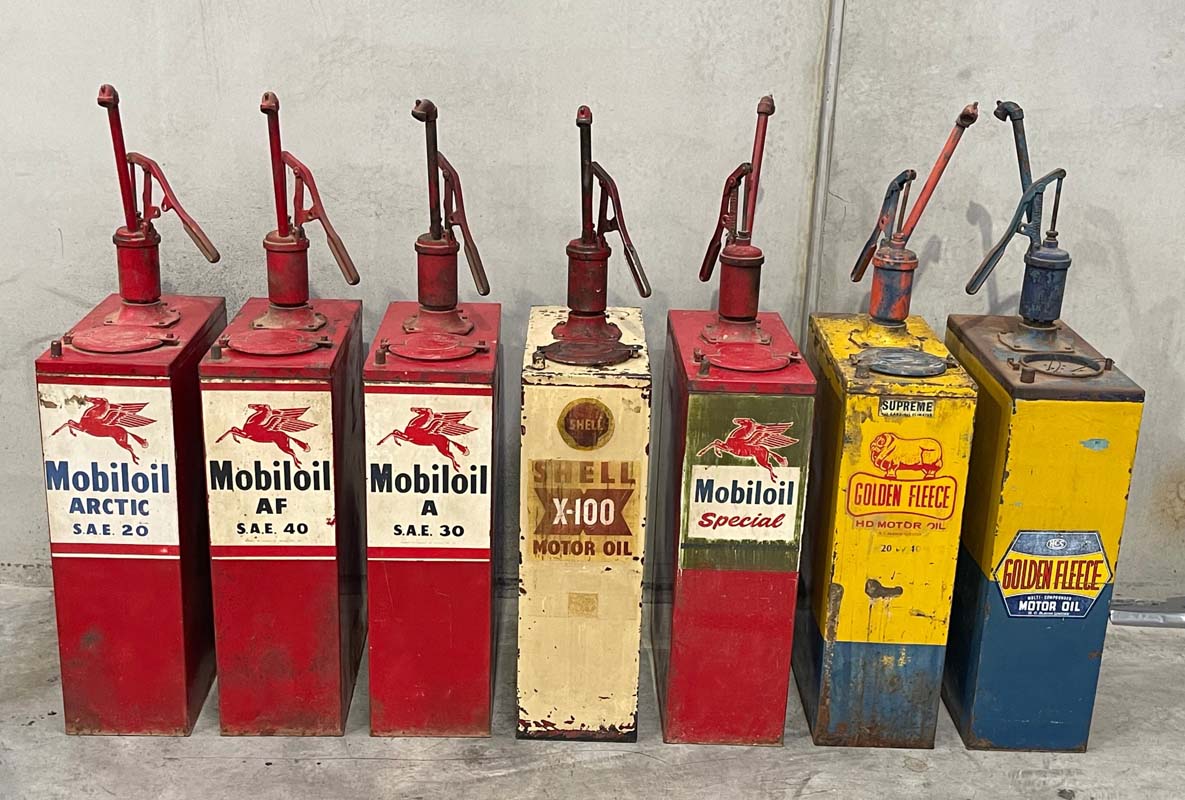 Beyond the signs, there are various petrol pumps, a good selection of oil hi-boy pumps and oil bottle racks consigned. There’s also a great range of desirable oil bottles and grease tins, including Golden Fleece, Neptune, Shell, Castrol and others. 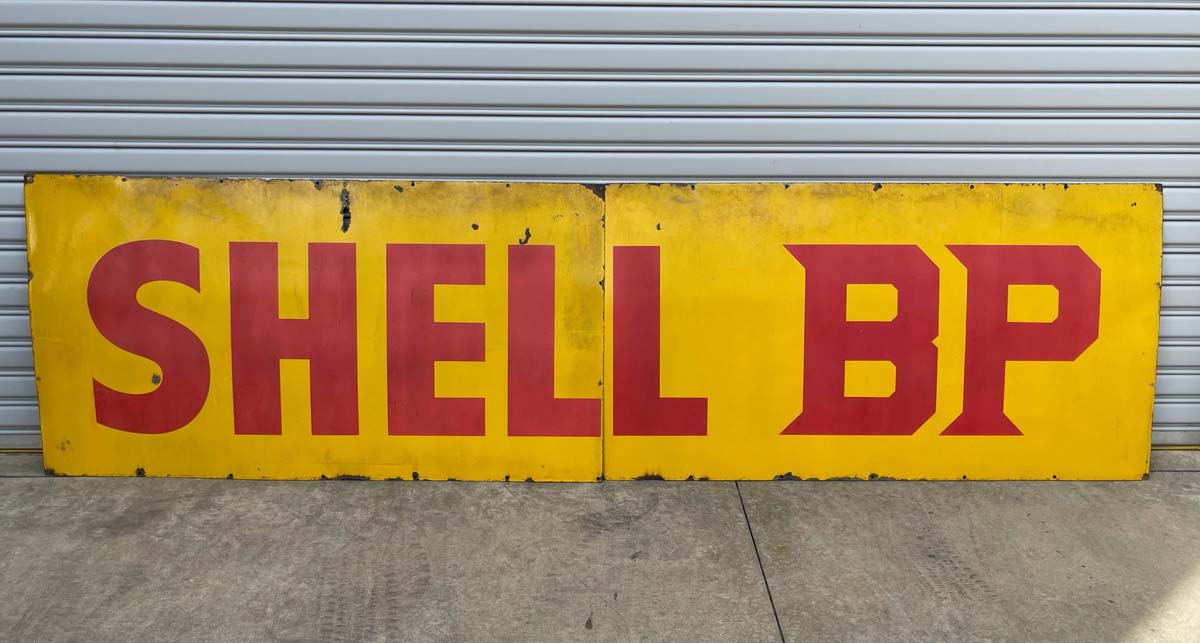 For something a little different and outside of the automotive space, the October auction includes a range of sideshow items, like laughing clowns, carousel horses and coin-operated machines.

There are light boxes in the catalogue, too, including a very sought-after Arnott’s Biscuits sign, large ESSO unit and scarce CUB clock.

Burns & Co. are now regarded as the country’s leader when it comes to collectable auctions and with a catalogue and selection like what’s coming up this October, it’s easy to see why.

Burns & Co. have been expanding their presence in the classic car auction space over the past few years, too, with recent highlights including stunning results for cars with significant Australian racing history and six-figure sums for other Aussie and American classics. 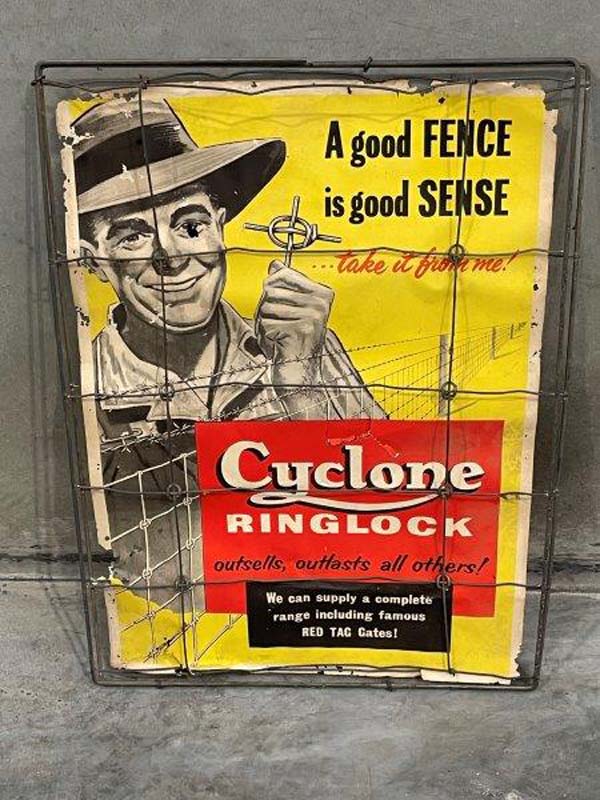 The last Burns & Co. Classic Car Auction for 2021 is set for Sunday 7 November. Cataloguing is looking as good as ever, with some of the feature entries already secured including a genuine V8 Supercar - still decked out in its original running gear - as well as an E-Type Jaguar, early Holdens and Fords and a good selection of other quality vehicles.

When: Saturday 9 and Sunday 10 October

Should you be thinking of moving on similar collectables - from a single item through to a full collection - please contact the friendly team at Burns & Co. Auctions, who will be only too happy to assist – from advertising and cataloguing to selling your valuable items.

Many have benefitted from record-breaking results achieved at past Burns & Co. auctions. You too can benefit from the unprecedented demand for quality lots.