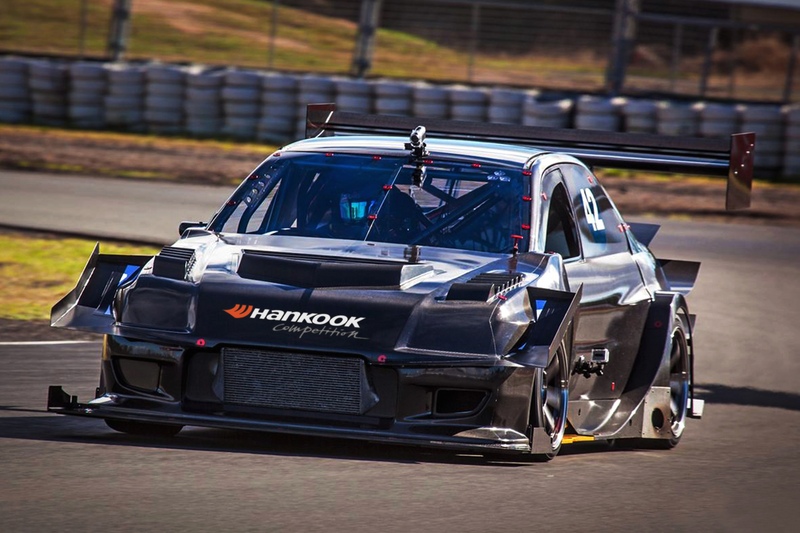 'Project Nemo' is the result of a two-year program to develop the ultimate time attack car by using what its owners describe as an integrated approach
A wild-looking time attack car that produces more aerodynamic downforce than a Le Mans prototype will be gunning for a top 10 finish when it makes its debut at the World Time Attack Challenge (WTAC) at Sydney Motorsport Park this Friday, August 10.

'Project Nemo' is the result of a two-year program to develop the ultimate time attack car by using what its owners describe as an integrated approach.

"Other teams you'll see at World Time Attack started out with a road car and added different bits along the way," said driver and team manager Chris Eaton of their Lancer Evo-based WATC beast.
"From the beginning, our car has been a definite effort to integrate the aero with the suspension and driveline. Our goal has been to produce something with the best ability in every area."

Based on a Mitsubishi Lancer Evolution VII, Project Nemo's extraordinary carbon fibre bodywork was designed by American aerodynamicist and data engineer Andrew Brilliant, but the project is built in Queensland.

Despite a plethora of wings and canards, a reduced frontal area and a low drag-to-downforce ratio underbody/diffuser should allow Project Nemo to reach a competitive top speed on the circuit's long main straight. Inbuilt data acquisition measures the downforce at each wheel and allows the team to fine-tune the aerodynamics.

The high-tech thinking extends to the Mitsubishi's engine where programmable turbocharging automatically turns down the boost in corners and turns it back up on the straights.

"The car has more than 600 kilowatts at the wheels and would struggle to get that power down in the corners if we didn't moderate the boost," Eaton said. "The autoboost also improves engine reliability."

Along with a number of other local runners, Project Nemo will be running Hankook tyres, specifically the Hankook Ventus TD Z221 semi-slicks.

"We've chosen the Hankooks because they have proven very competitive in the past but also because the tyres have sufficient load rating to handle all the downforce Nemo generates," Eaton added.

For Team Nemo team, a top 10 finish would be reward enough.

"We'd be ecstatic," said Eaton. "It's great that so many people have high expectations of us, but we're just happy to be entering the event with our car, done the way we want it."

As per last year's WTAC, Hankook is supporting the hotly contested Open Class this year. It will award $2,500 worth of competition tyres to the fastest non-Hankook sponsored competitors using its tyres in the Open and Clubsprint classes.