Race Ready Studebaker to be auctioned in UK

Race Ready Studebaker to be auctioned in UK

A racing Studebaker is rarely sighted. Even moreso in the UK, where the car pictured would have to be close to being unique. 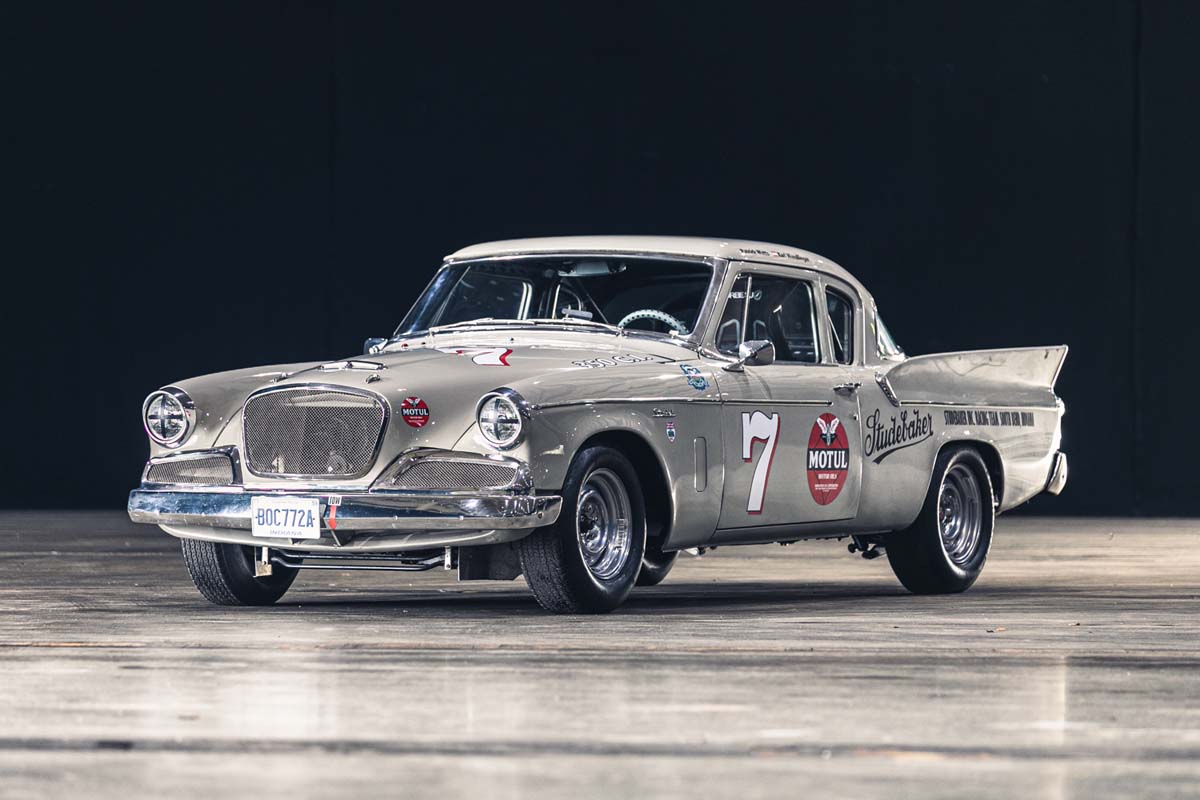 Specially prepared for historic competition in the UK and Europe, the car pictured – a 1959 Silver Hawk - is going to auction in the UK this weekend through Silverstone Auctions at their Race Retro Live sale.

The Studebaker was prepared by Patrick Watts, who has a long history in racing, including time in the Australian Super Touring Series that ran from 1993 to 2002.

Watts doesn’t mind choosing quirky cars for circuit and rally work, as he owns an Allard J2, Sunbeam Tiger, MG Metro Turbo and Peugeot 406, to name a few. Prior to the Studebaker, he had raced a Volvo at club level and was considering running a Riley One Point Five before the Studebaker came up.

While listed as a 1959 Silver Hawk coupe, the race car is an amalgam of two vehicles, with a Golden Hawk (the flashier, more expensive companion to the Silver Hawk that also offered more mechanical upgrades) that Watts purchased at the same time providing some parts and some internal body panels.

In line with HRDC and Goodwood competition rules that allow period modifications, the Studebaker actually runs a Chevrolet 350 Small Block V8, baked by a Borg Warner T10 four-speed manual. The diff is a stock Studebaker item, though, specifically a ‘Twin-Traction’ LSD that was optional on Hawks when new and fitted to a Dana 44 axle.

Disc front brakes are another permitted period modification and the units in this car are ventilated discs from a Ford Mustang, but with the vents blocked off. Some of the other mix ‘n’ match parts include a steering column from a Mini Metro.

Thanks to adjustable suspension and Leda shocks, the car is said to handle exceptionally well.

Completed in 2017 and originally finished in a garish pink and grey combination, the car broke a half shaft in its first outing, with numerous learn-as-you-go modifications made in the following months to improve reliability.

Highlights include second at a wet HRDC race at Donington in 2018, and pole and the race win at the 2019 Goodwood Revival St. Mary’s Trophy, which was later overturned for a technical infringement applied to this and several other entrants.

The car will be auctioned with what’s described as a decent spares kit, including 10 new wheels, spare suspension wishbones, uprights, spare axle and LSD, chassis, standard engine block, crank, heads, glass, two stainless exhaust systems and more. The car is UK road registered, so, according to Silverstone Auctions, it would be technically possible to use it on the road.