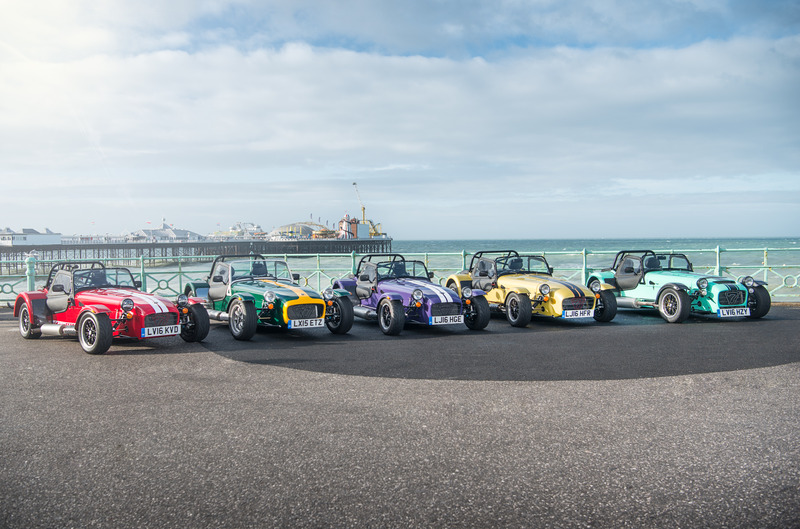 Sales of 600 Caterham Sevens worldwide was the company's best result since 1996, with the UK accounting for 55 per cent of the total and the rest going to overseas markets. France proved to be the most popular overseas market, accounting for 100 new sales in 2016, while deliveries to Japan numbered 60.
Caterham attributes the result to the release of new models in 2016, including the Seven 310 and Seven Sprint, as well as the expansion of the dealer network.
The limited-edition Seven Sprint was a particular hit for Caterham, with all 60 examples of the retro-styled sports roadster sold out within a week of its release back in September.
"Despite the political change last year, Brexit's impact on our business has been negligible," said Caterham CEO Graham MacDonald.
"Export customers may have benefited in the short-term due to the weaker pound but, when you look at the markets, the UK and other territories have not faltered in 2016."
The Seven marks its 60th Anniversary this year, with Caterham indicating bigger and better things are to come.
In Australia, Caterham pricing was reduced just prior to Christmas, with savings across the range. Click HERE for details.
Advertisment
Advertisment