With more 1,200 cars on show, the All Ford Day celebrated its 30th birthday in style.

Running a car show is tough under COVID, but organisers of the 2021 All Ford Day proved it can be done.

The largest gathering of Ford vehicles in Australia, All Ford Day is an event that’s closely linked to Geelong’s own history with Ford and a feature of the Geelong events calendar for the past 30 years. 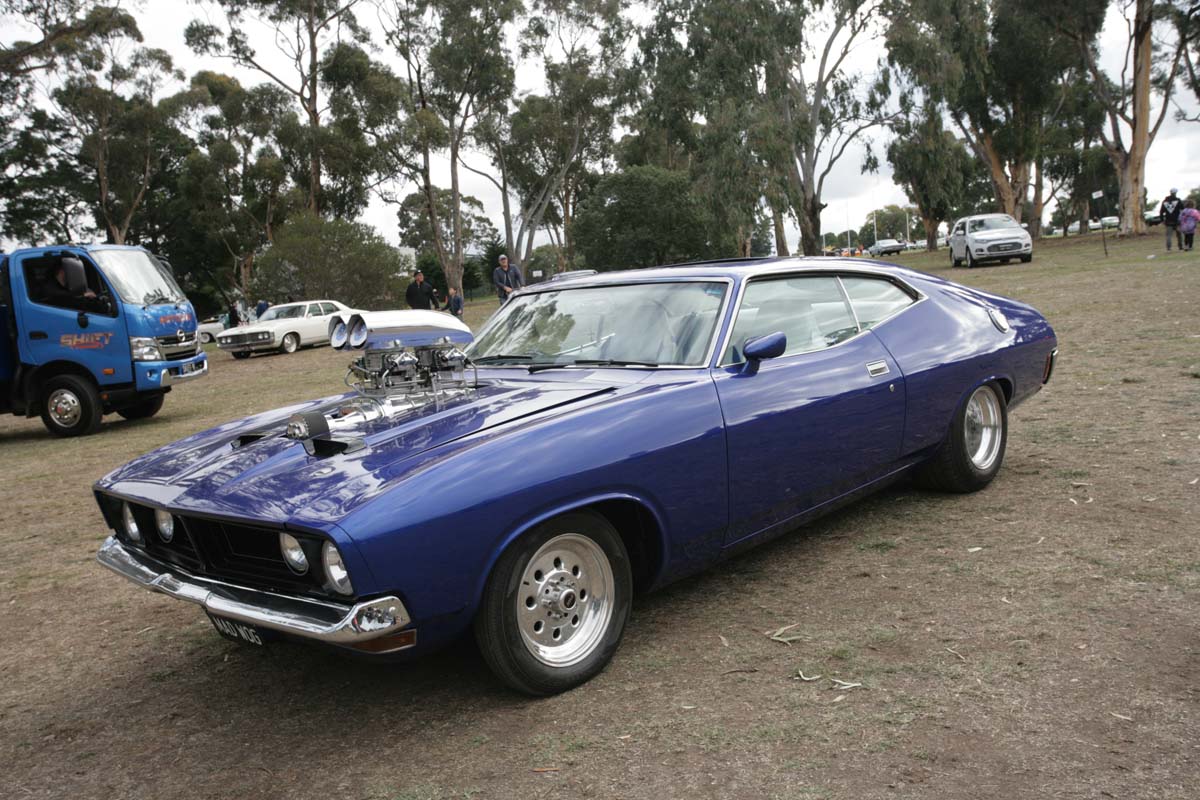 Despite the uncertainties for events under COVID, Ford aficionados were hungry for the All Ford Day’s return and organisers of this year’s event didn’t disappoint, delivering a new show at a new venue on a new date for an all-new look and feel.

At the start of last year, COVID-19 was something we were reading about in the news, but only a few weeks after the 2020 All Ford Day was held, we were in the grips of a pandemic. 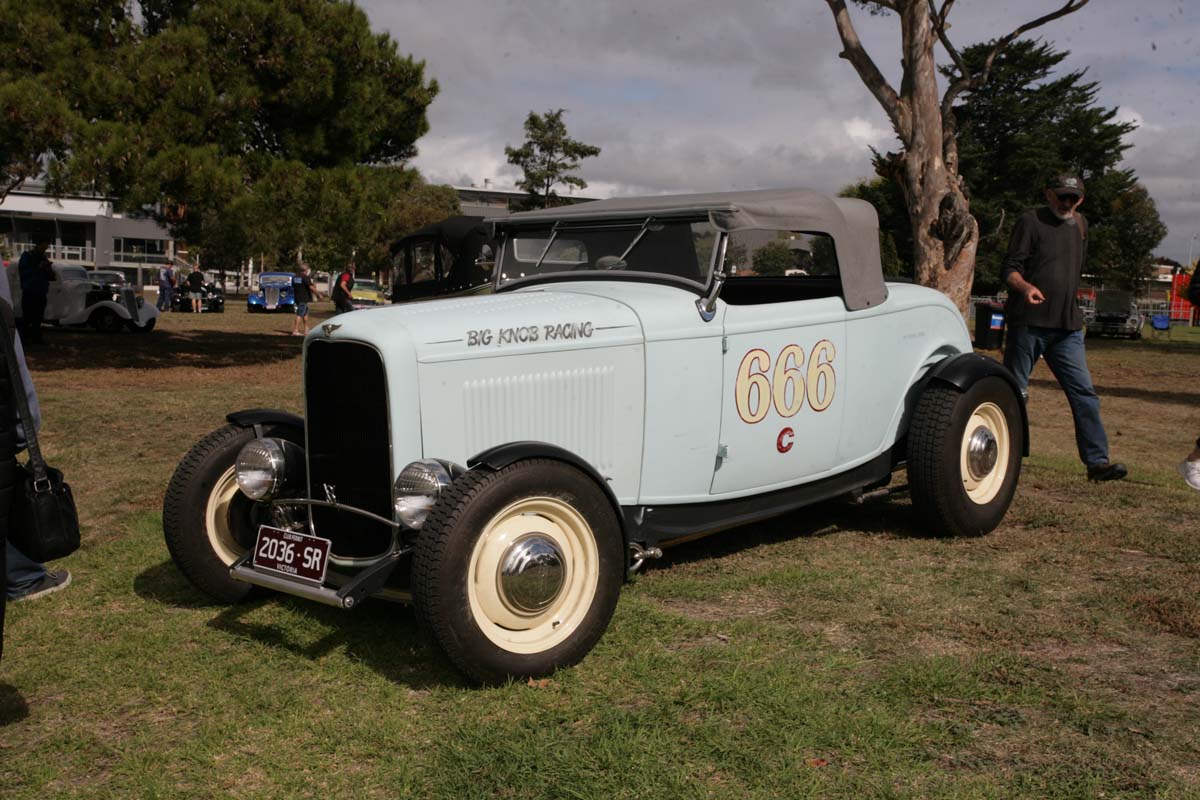 In its wake, all sorts of events, not just car shows, either went virtual or were cancelled outright.

Now, over 12 months since the pandemic reached Australia, things are getting back to some sort of normality, which means car shows are back on the calendar. 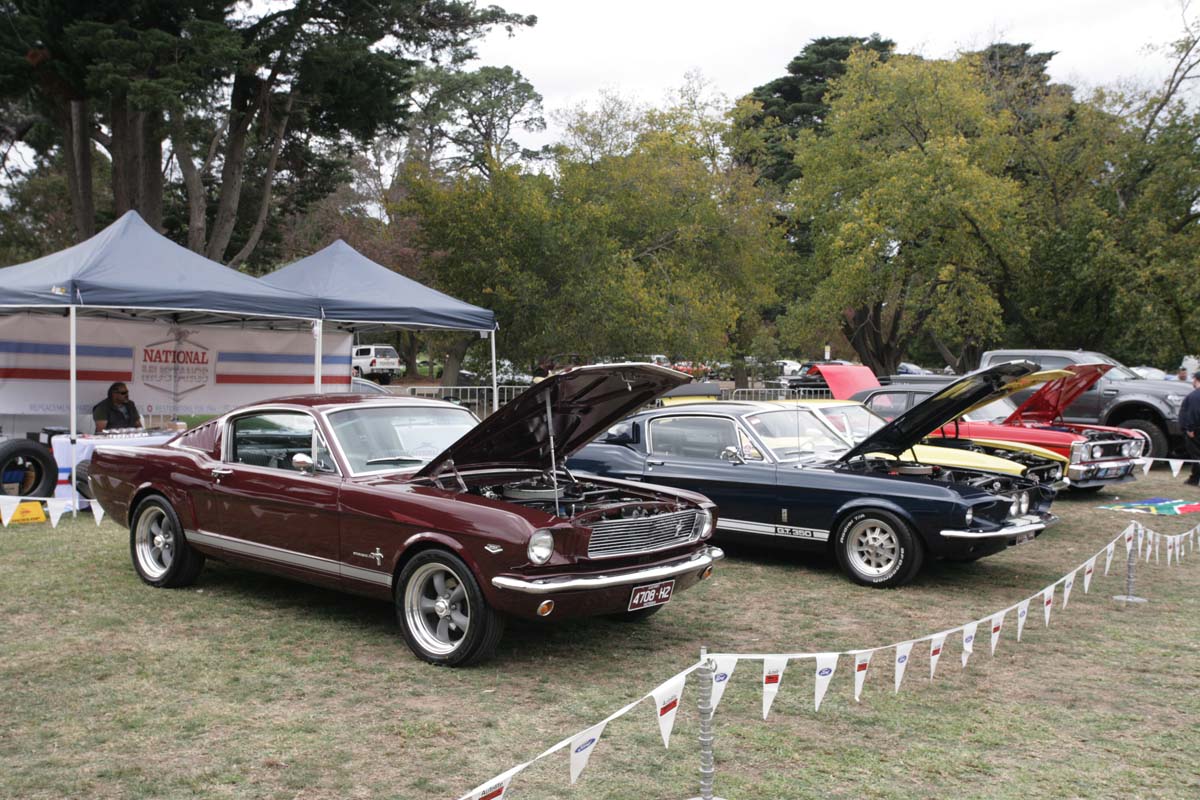 As one of the first large scale car shows to be held in Victoria this year, the 2021 All Ford Day faced a lot of hurdles to make the event COVIDsafe for entrants, volunteers and public alike.

Chief amongst these was a pre-purchase ticketing system to minimise cash handling and fencing off the display space to prevent non-event foot traffic. To allow contact tracing, spectators were advised to check in and out, with spectator limits in place and COVID Marshals on site to maintain density limits. Displaying clubs had to nominate a COVID Marshal in their group to ensure display vehicles were appropriately spaced, too. 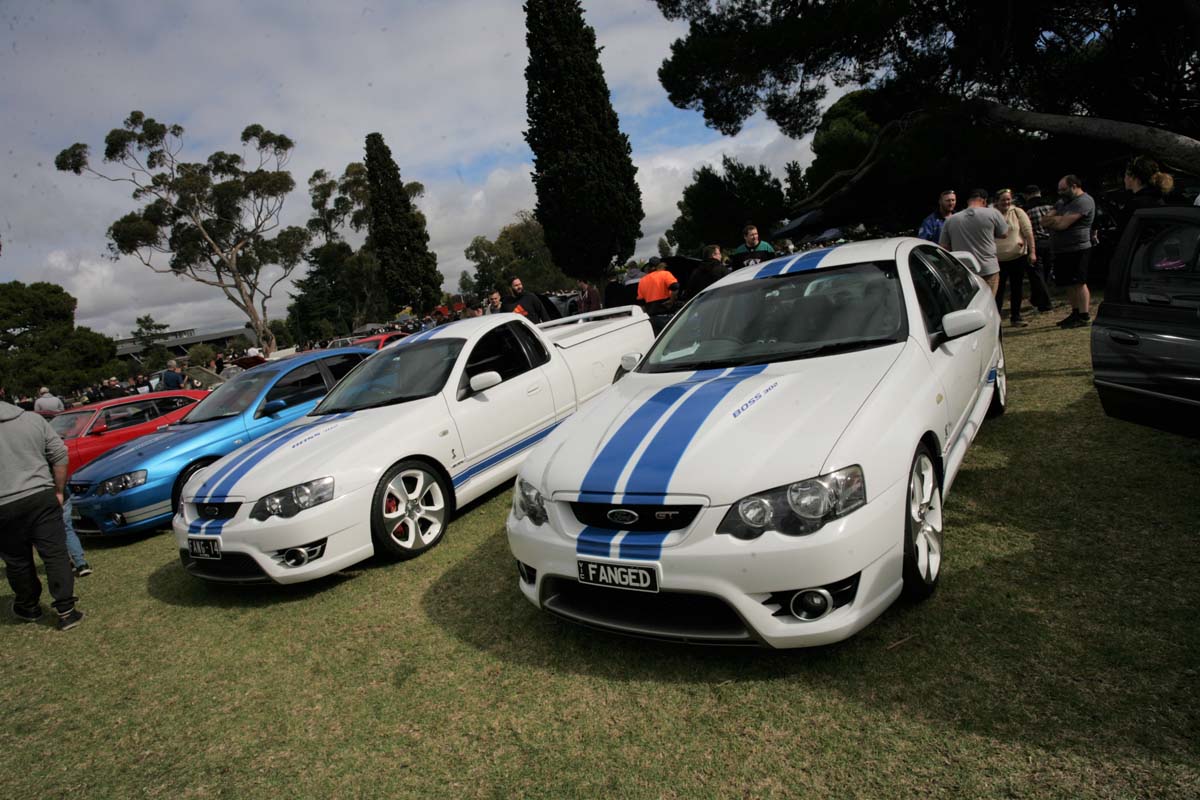 To add to the complexity of the planning, the 2021 All Ford Day would be held at a new venue. Criticism of the 2019-20 venue led to a search for somewhere better for both entrants and spectators. Eastern Park, located on the fringe of the Geelong CBD, was ultimately chosen, being large enough to support the estimated 1,200 Ford and Ford-related vehicles that were expected to turn up, while also offering enough space to ensure social distancing.

Finally, with 2021 marking the 30th birthday of the All Ford Day, there was extra pressure to make sure this year’s event was worthy of the milestone.

Following a lot of work on the day and countless hours behind the scenes in the months leading up to the event, the 2021 All Ford Day was successfully held on Sunday, 18 April. The date was a couple of months later than normal, but that was just part of the flexibility required to make sure the event could go ahead.

Vehicle display space sold out the night before the event, meaning the 1,200-vehicle capacity would be met.

The new location at Eastern Park proved to be a resounding success, with vehicles filling three ovals. Between each oval, parkland lined with trees formed part of the display, too. While these provided ample shade, they weren’t really needed as the weather was mild and overcast for most of the day. 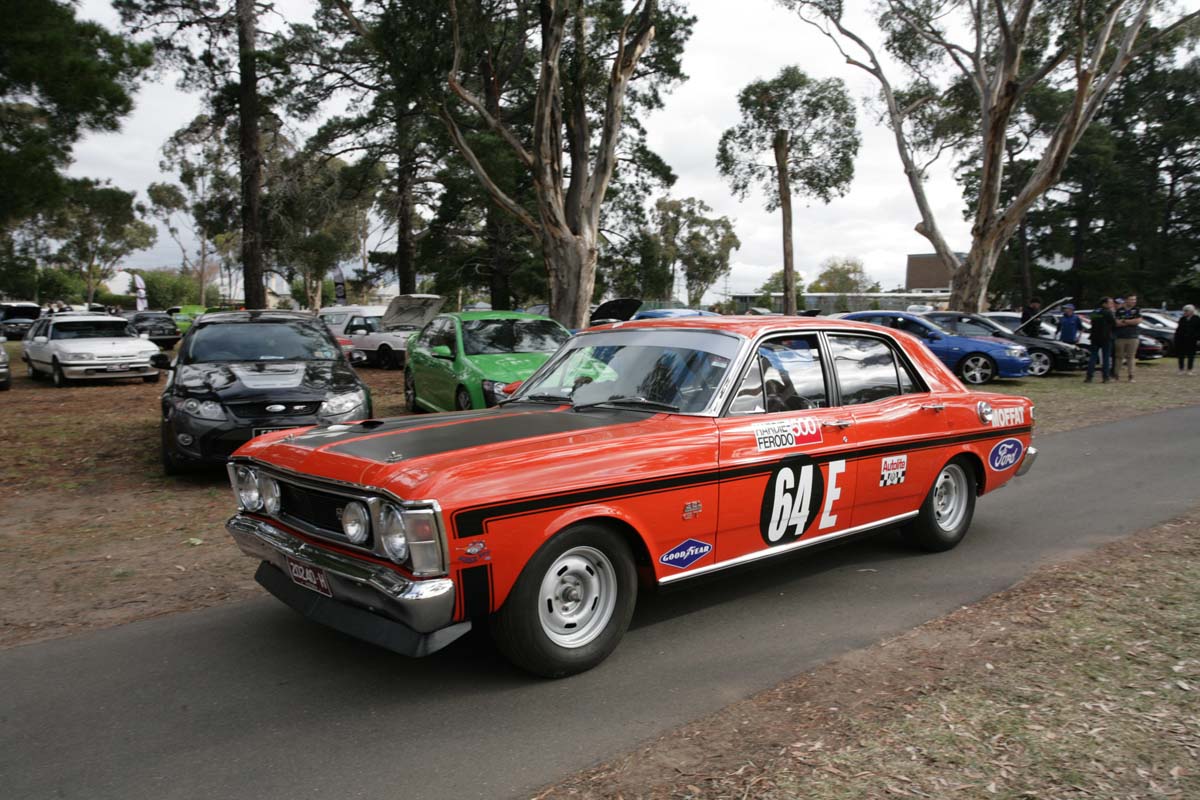 “We couldn’t have asked for a better day,” said Event Director Scott Pigdon. “It’s been perfect for Ford lovers, friends and families to come out, have a wander and take in some amazing vehicles.”

“Ford is in our blood here in Geelong,” said Grzybek. “It’s a great source of pride, multiple generations have worked in and around Ford for many years.” 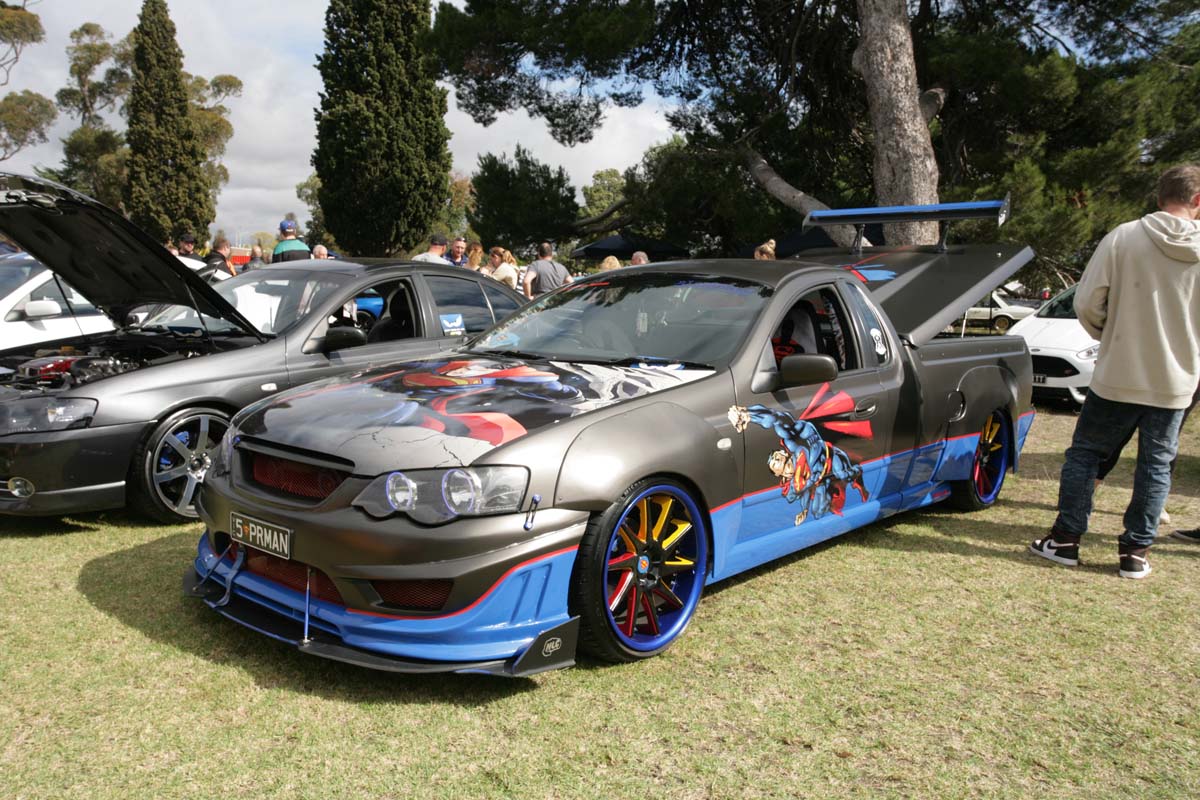 Mawal pointed out that the Blue Oval maintains a presence here in terms of R&D and design: “[Ford] is one of the leading businesses in terms of high-end technology and R&D in Australia, and we’re really proud that it all started here in Geelong.”

Ford Australia’s ongoing involvement with All Ford Day has meant some gems from the company’s archives have featured at the event in the past. This year was no exception, with a 1990 EA Falcon GT presented.

Given the GT badge wasn’t officially revived on a Falcon until the EB Series, the EA is the ‘GT that never was’, but it is real. Built as a prototype by Ford’s Product Development engineers in 1990, the EA GT featured a 5.8-litre (351ci) Windsor V8 specially prepared by Roush Engineering in the US. This was matched to a race-spec five-speed manual transmission, with race-prepared suspension fitted, too.

Rumour has it a second GT prototype was developed at the same time, but powered by a supercharged six-cylinder engine instead of a naturally-aspirated V8.

While an EA GT never came to fruition, what Ford learnt on the prototype was combined with Tickford Vehicle Engineering’s expertise to create the EB Falcon GT that launched in 1992 – 25 years after the first Australian Falcon GT was released.

Restored by students at Geelong’s Gordon Institute of TAFE in 1999, the EA GT went on display in the Ford Discovery Centre in Geelong when that facility opened. More recently, it has featured at the Geelong Museum of Motoring.

For information on the 2022 All Ford Day, go to: allfordday.org.au