It may not have been as big as in past years, but SEMA 2021 was still bold.

After a year away due to COVID-19, the SEMA (Specialty Equipment Market Association) automotive aftermarket trade show was back as an in-person event for 2021. Held from 2 to 5 November, attendance of over 100,000 sounds good, but was down compared to previous years. There was still plenty of aftermarket products on show, though.

And plenty of automotive eye-candy, too! 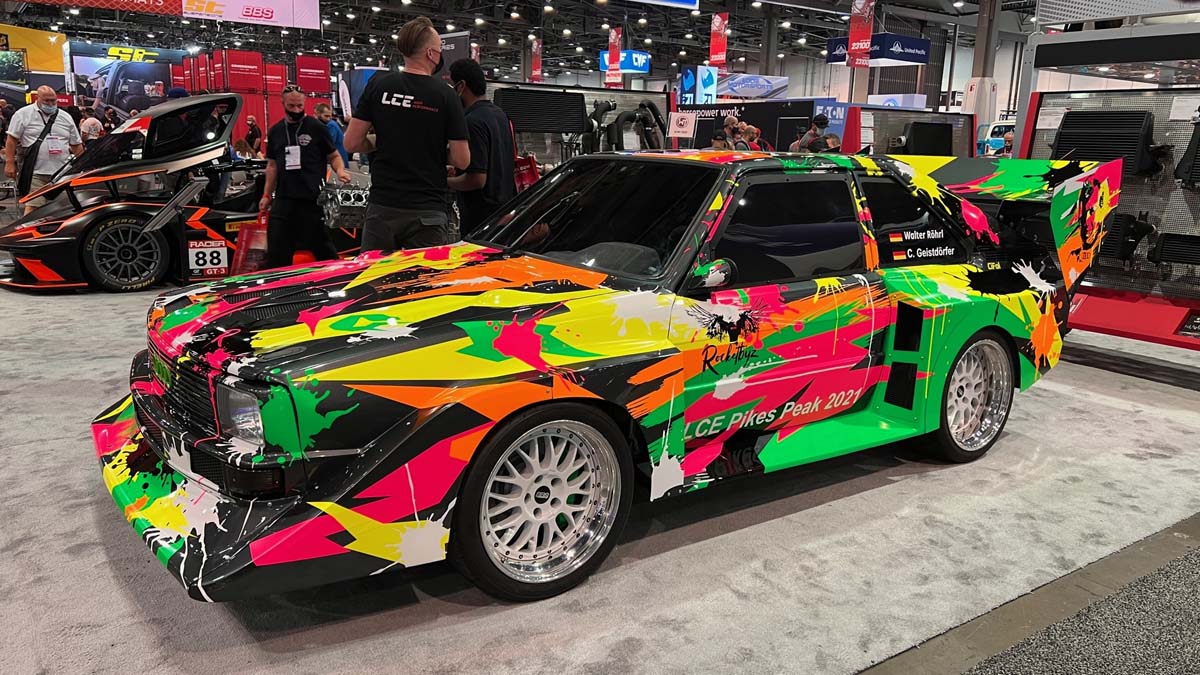 Recent SEMA Shows have been heavy with customised and accessorised versions of popular new models, like the Jeep Gladiator, Toyota Supra and Ford Mustang. This year, while there were a lot of new Broncos to be seen at the Las Vegas Convention Centre, SEMA was all about electric.

EVs were in abundance, not just in the dedicated ‘SEMA Electrified’ area, but throughout the floor space. There was plenty of variety amongst the EVs showcased this year, too, including conversions of classics from custom shops and celebrity car builders. Amongst the latter was Ant Anstead (formerly of For the Love of Cars and Wheeler Dealers, and now co-hosting Celebrity IOU: Joyride), who unveiled a ’62 Buick Electra converted to electric power for actor James Marsden. 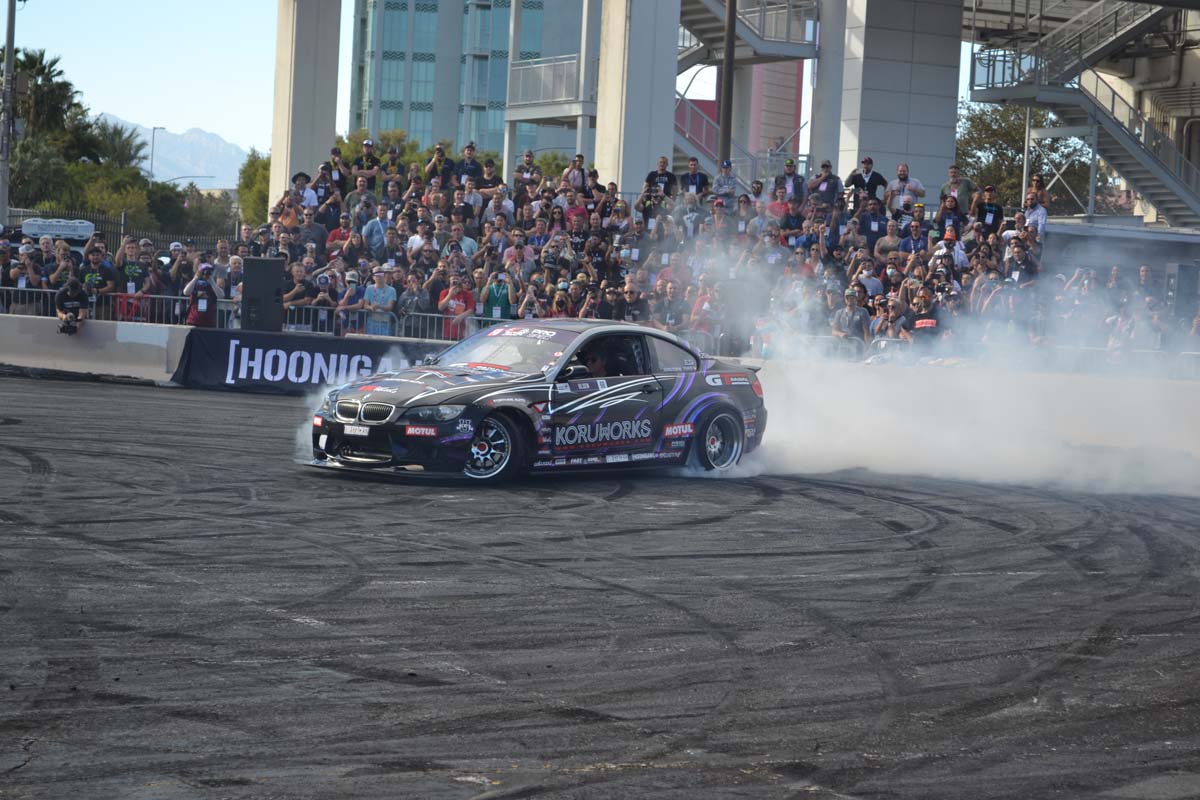 The major manufacturers, like Ford, GM and Chrysler, are deep into the EV game now, so they were all at SEMA this year, presenting their take on electric, using existing, prototype and future technologies. 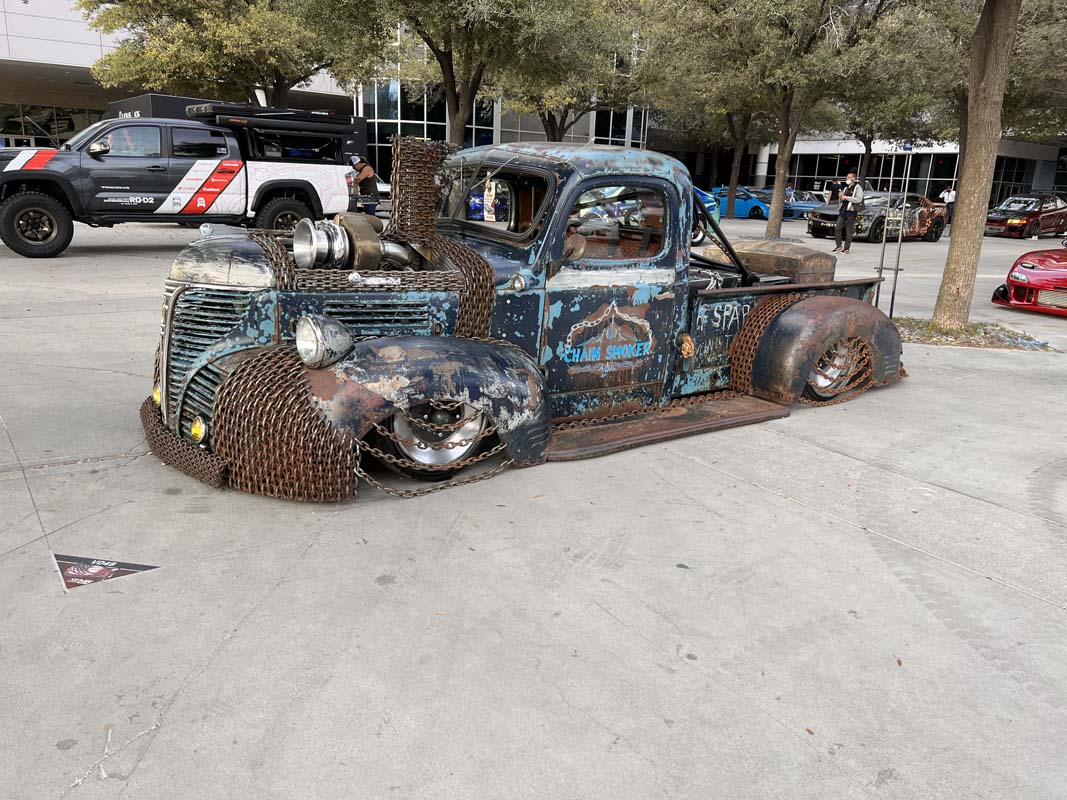 Chevrolet had the long-running Hot Rod magazine ‘Project X’ 1957 Chevrolet on show, now converted to electric power, while Ford unveiled the ‘Eluminator’ concept built off a 1978 F-100 pickup. Additionally – and controversially – Ford and Shelby American presented a Shelby concept version of their Mustang Mach-E GT electric SUV, while Chrysler had their ‘4xe’ electric Jeep Wrangler and the ‘Magneto’ electric concept that was unveiled at this year’s Easter Jeep Safari.

It wasn’t all volts and kilowatt hours, though. There was still plenty of internal combustion engine power on show in the Las Vegas Convention Centre - and in action at the Burnyard outdoor demonstration area. Here, drifting royalty like Vaughn Gittin Jr and Justin Pawlak were in action alongside pro touring drivers from the Optima Ultimate Street Car Challenge. 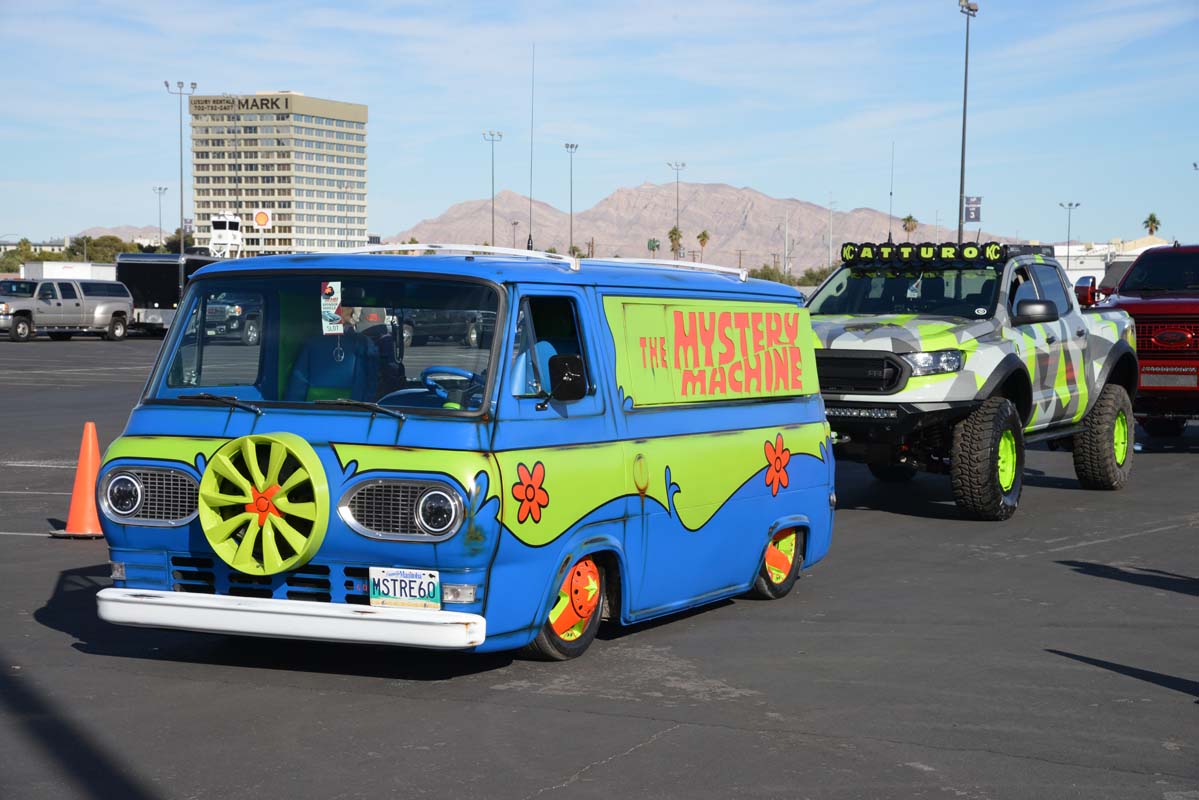 Another attraction this year was the ‘Chip Foose Experience’ - the largest ever gathering of Foose creations in one place. A total of 20 past Foose builds, covering more than two decades’ work, were gathered for the Experience, including cars from Overhaulin’ and Ridler Award and AMBR winners, like the “Impression” ’36 Ford convertible, “Stallion” ’34 Ford coupe, “0032” ’32 Ford roadster and “Grandmaster” ’35 Chevrolet.

Some more familiar Foose creations, like the “Hemisfear” coupe, “Madam X” ’39 Cadillac and the ’74 Jaguar E-Type roadster that Foose unveiled at the SEMA Show in 2019, were also on display.

Foose himself was there, signing autographs and creating a new wheel design over the trade show’s four days. 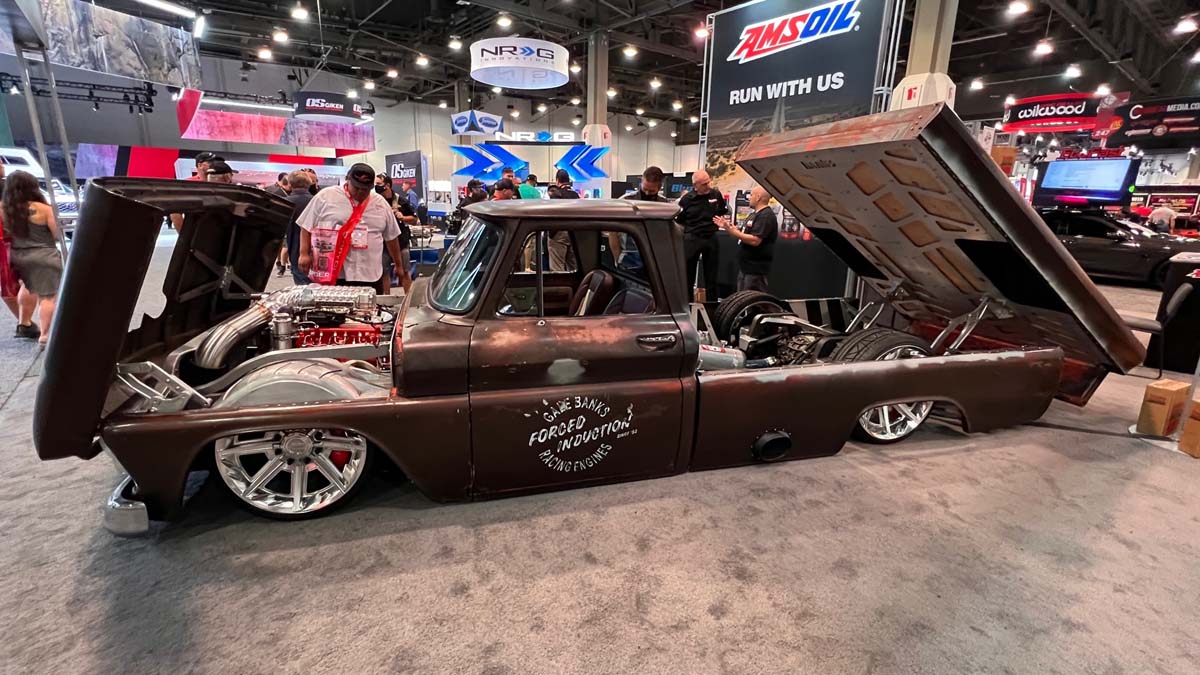 Of course, there was all the usual SEMA Show custom car craziness this year, like oversized bodykits, suspension lifts and jumbo wheel and tyre combos. As with past years, there were also vehicles on show that defied description and categorisation.

“The industry was clearly excited to be back in-person at the SEMA Show, both to capture business opportunities and to network and celebrate the world’s greatest collection of innovation on wheels,” said Chris Kersting, SEMA president and CEO.

“Our industry was waiting to reconnect and the SEMA Show was a welcome homecoming after nearly two years apart.”