A last-minute location change and pre-event rain of biblical proportions couldn’t stop the fourth annual Sydney Harbour Concours d’Elegance from bringing the best in ‘haute automobilisme’ to the Harbour City.

Months out from the fourth edition of the AXA Sydney Harbour Concours d’Elegance, everything was looking good and everyone was feeling good about the return of Australia’s finest concours event to Sydney in a mostly COVID-free environment.

As fate would have it, that confidence was tested in the final weeks leading up to the event’s scheduled start on 3 March. 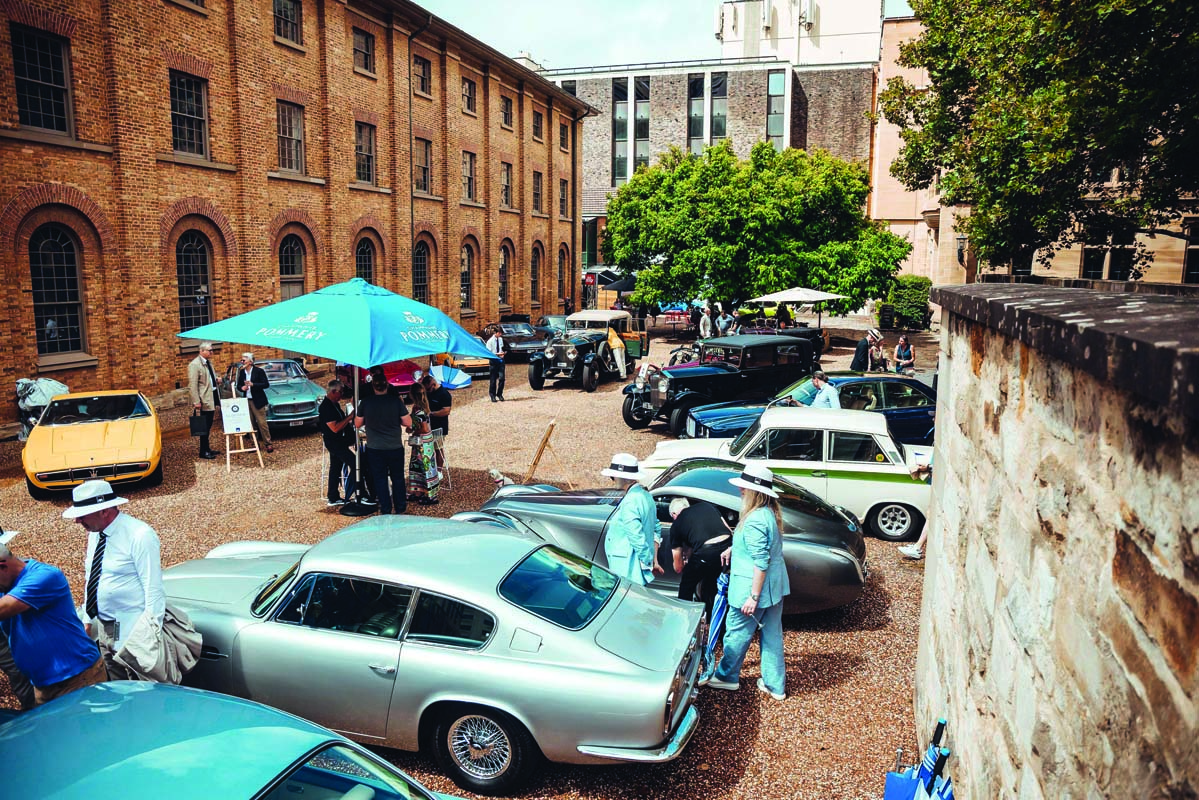 The first challenge faced by organisers was a change of venue. Due to unavoidable circumstances, the event had to relocate from Swifts on Darling Point to Hyde Park Barracks.

Then, much of Australia’s eastern seaboard was swamped with torrential rain and floods in what one politician described as a “one-in-1,000-year event”.

One of Sydney’s oldest and most historic buildings, Hyde Park Barracks is located between Hyde Park and the Royal Botanic Gardens in the heart of Sydney.

Opened in 1819 (replacing a smaller building on the same site that dated back to 1811), the facility was actually a gaol, not a military barracks and originally housed almost 600 convicts. 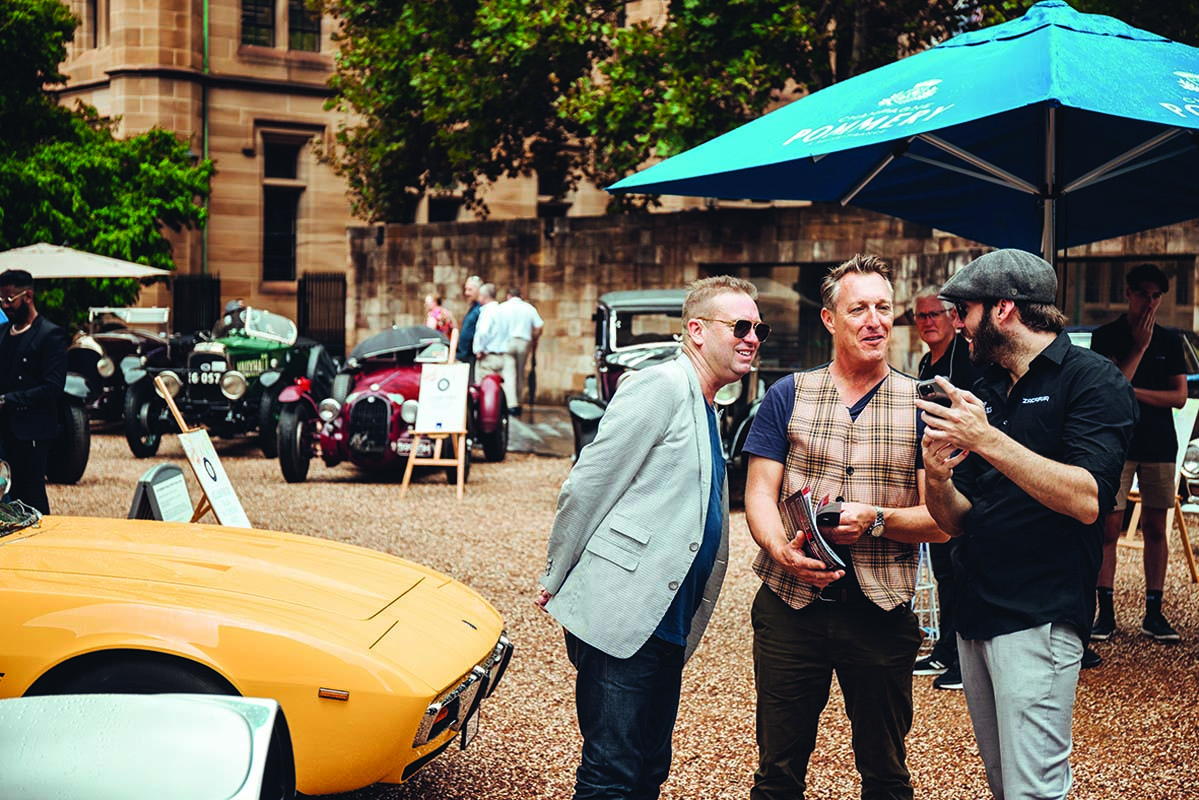 With the end of convict transportation in the 1840s, the barracks was transformed into an immigration depot, then a refuge for infirm and destitute women, later housing various government agencies and several law courts.

In 1975, conservation work at Hyde Park Barracks began, leading to one of Australia’s first Permanent Conservation orders being applied to the site, followed by a UNESCO World Heritage listing in 2010.

The pebbled grounds of the barracks proved largely immune to the rain that had made the rest of Sydney so soggy, but grey clouds were still hovering ominously as the Welcome Drinks got underway on Thursday, 3 March.

The atmosphere amongst the invited guests was one of relief and excitement that everyone and their cars had actually made it, and that the show would go on, despite the odd shower or two.

When the gates of Hyde Park Barracks opened at 10AM on Friday, 4 March, the excitement was palpable, despite the damp conditions. There were no dampened spirits amongst the entrants and guests as they happily wandered around the marvellous array of motor cars, even if a glass of Pommery champagne or Château La Gordonne rosé in one hand was matched with an umbrella in the other. 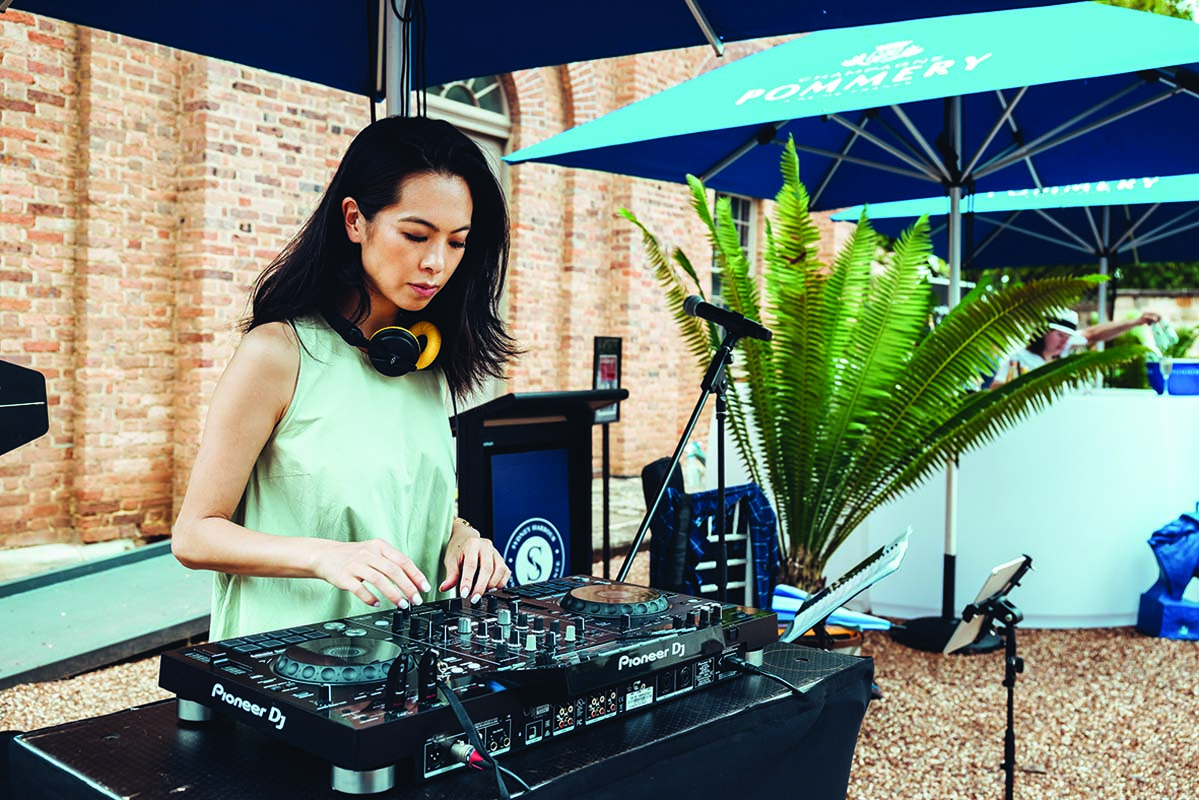 Beautiful motor cars, good food, live music and fine wine meant the party continued for a full twelve hours on the opening day, with the last of the invited guests ushered home at 10PM!

The Concours Heats Up

Conditions on Saturday, 5 March, proved to be more clement, with the awnings and coverings coming down as the sun came out.

This year’s 37 invited concours entrants covered more than a century of automotive history, divided into seven main classes, with entrants travelling from Victoria, Queensland and Western Australia to take part. 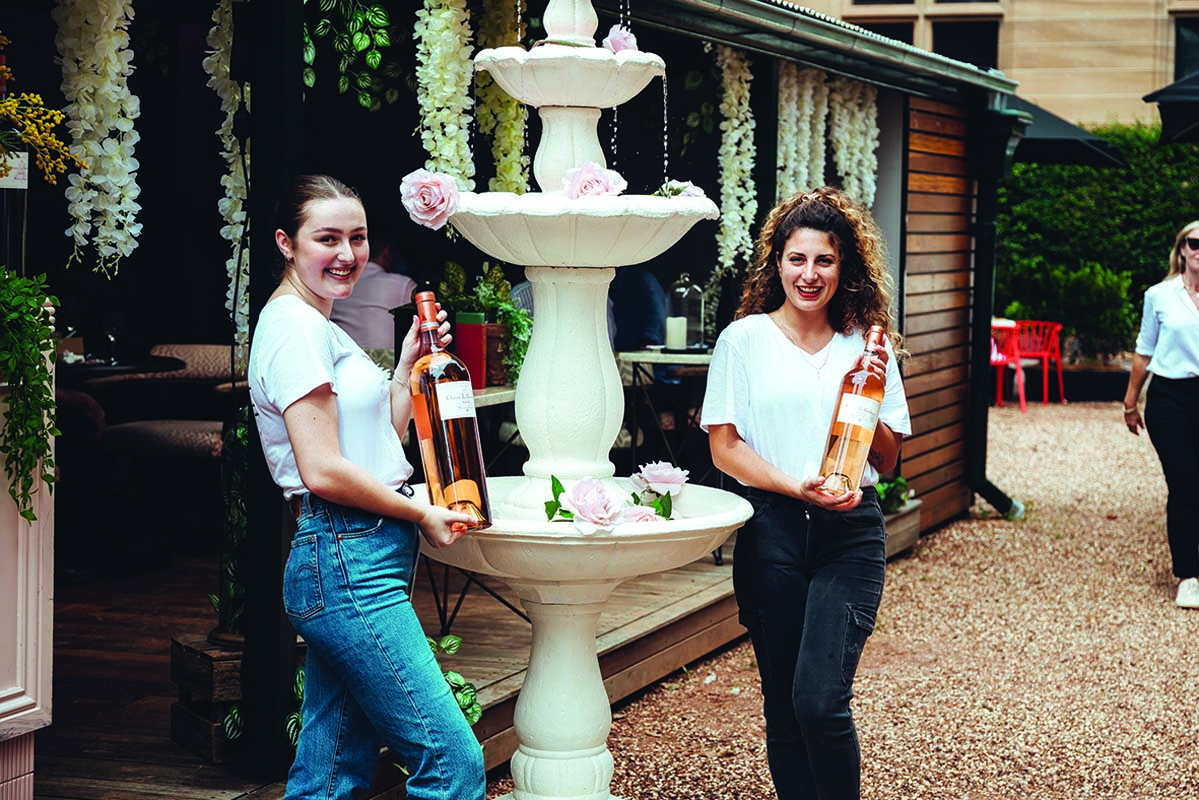 Intense competition amongst the cars to be judged was best exemplified by the ‘Puttin’ on the Ritz’ class that consisted of a grand Rolls-Royce New Phantom and a later Rolls-Royce 20/25 with Freestone and Webb body, along with a Vauxhall 30/98, Bentley 3 litre Speed Model and an Alfa Romeo 6C 2300MM.

This pre-war class saw owners determined to present their cars, come hell or high water. This was literally the case with the Vauxhall, which the owner intended to drive to the event from Melbourne, 1,000kms away, before grim weather conditions saw the white flag raised at the halfway point. The Vauxhall was put in a truck at 2AM in the morning for the remainder of the journey, with its owner following by train, arriving 72 hours after his departure!

For Mercedes-Benz aficionados, ‘Super Leicht’ was a corner of heaven, with a brace of 300 SL roadsters joined by 190SL, 230SL and 280SL siblings, as well as a blue ribbon 300 SL Gullwing.

‘Action Man’ brought together a Chevrolet Corvette, Sunbeam Tiger and BMW 2002 Turbo with a Porsche 550 Spyder and Porsche 914/6, while the ‘Coupes from the Kingdom’ class marked the best of British, from a 1965 Aston Martin DB5 to a 2008 Morgan Aeromax. 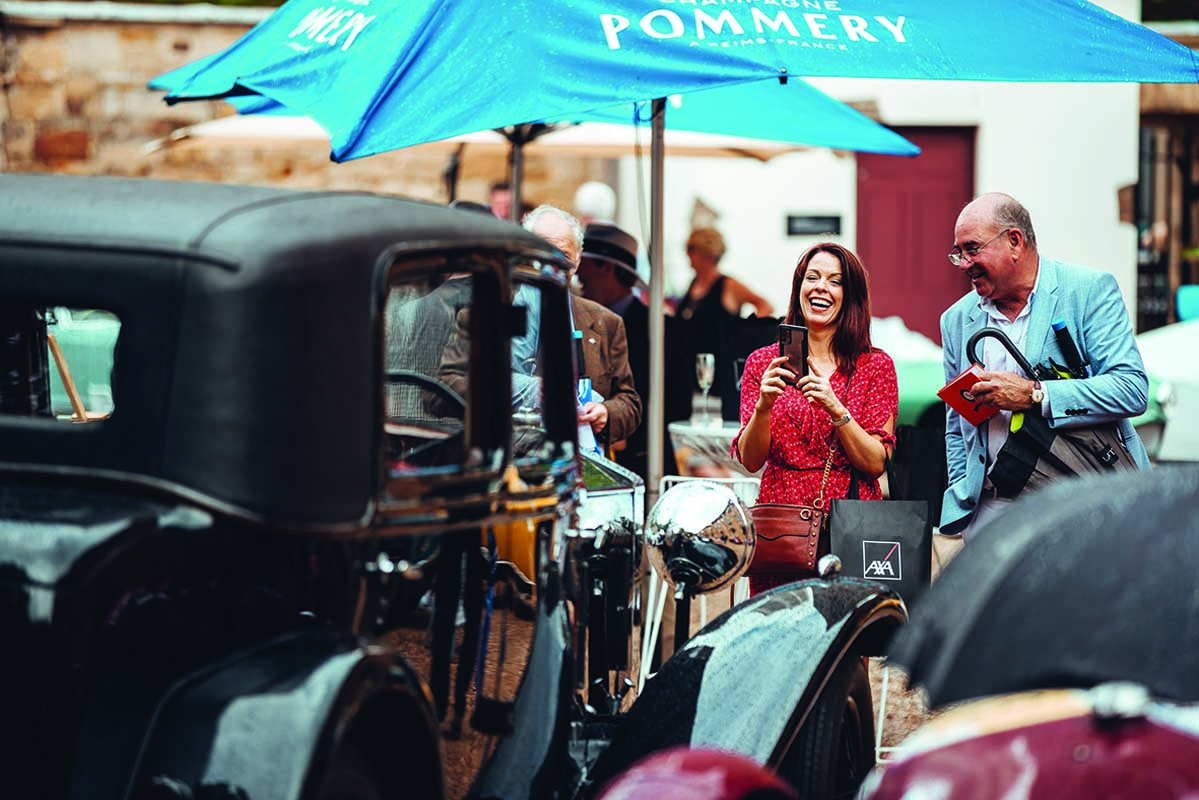 The ‘Italian Automotive Jewels’ and ‘Convertibles of the ‘50s’ classes were self-explanatory, but ‘Super Duper’ requires clarification. This truly diverse class, essentially for automobiles that defy normal categorisation, included everything from a 1904 Napier L48 to a 1995 Porsche 995RS, 2015 Volkswagen XL1 and the F1-like Zacaria that has been a Sydney Harbour Concours display car in the past, but threw its hat in the concours ring this year.

Weaving their way through the invited guests, this year's concours jury was led by Filip Bourgoo, the man behind the amazing Zoute Grand Prix Week in Belgium that was awarded ‘Best Motoring Event of the Year 2021’.

Bourgoo’s travails in getting to the concours rivalled that of some of the entrants, with his visa only coming through on the Saturday before the event (despite applying for it back in January) and having his plane delayed.

In his place, world-renowned car restorer and builder Justin Hills of Hills & Co. Customs proved to be an able replacement and would be joined by Sofia Virgo, widow of past judge John Virgo, and stylist Mars Marsanic of 'Everybody Knows Mars'.

Led by Bourgoo as Chief Judge, the four-member concours jury, outfitted by official tailors Oscar Hunt, faced the daunting task of picking the best of the best in a high-quality concours field. 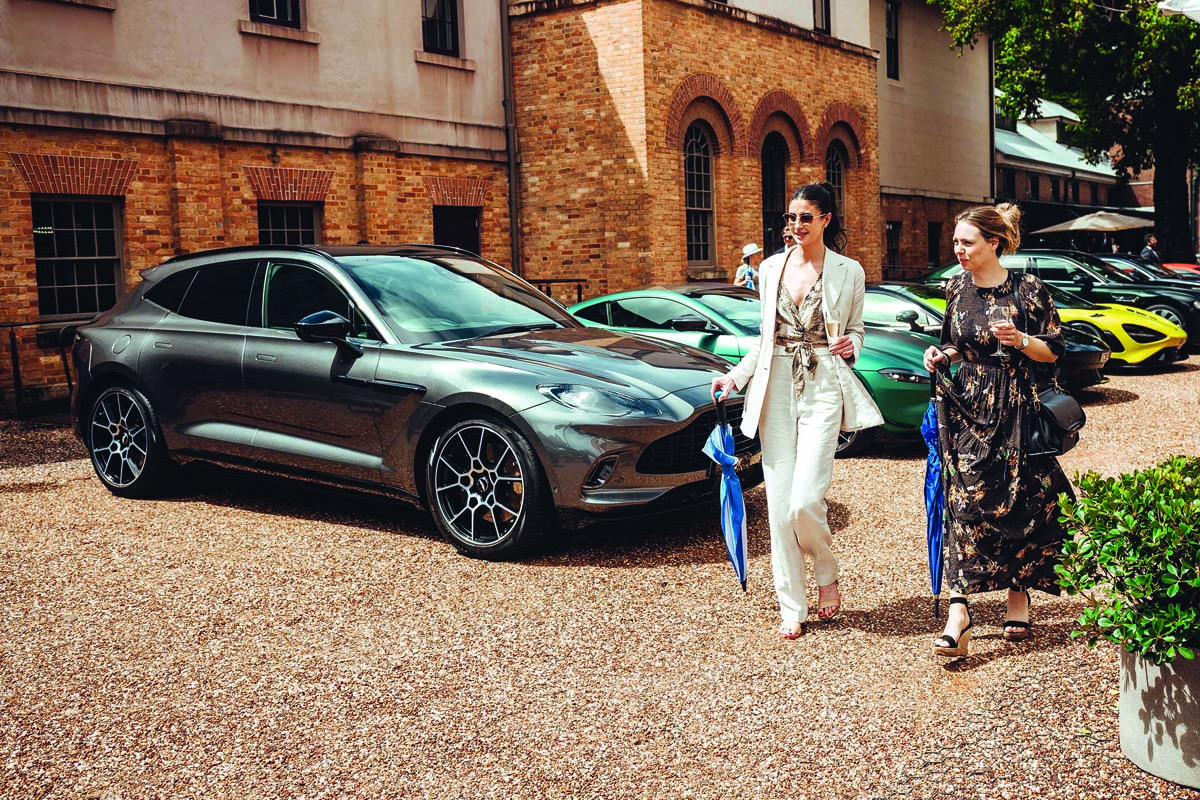 Along with trophies for the aforementioned themed classes, there were concours awards to also be handed out for People's Choice, Women's Choice, the Curator's Award and trophies for preservation, innovation, restoration and passion., as well as the sought-after Prix d’Honneur for Best in Show, which this year went to a 1924 Vauxhall 30/98.

Enthusiasm for this year’s AXA Sydney Harbour Concours d’Elegance has seen entries already submitted for next year’s fifth edition, which will return to the heritage-listed Swifts at Darling Point on 2-4 March, 2023.

For updates and further details, go to: sydneyharbourconcours.com.au 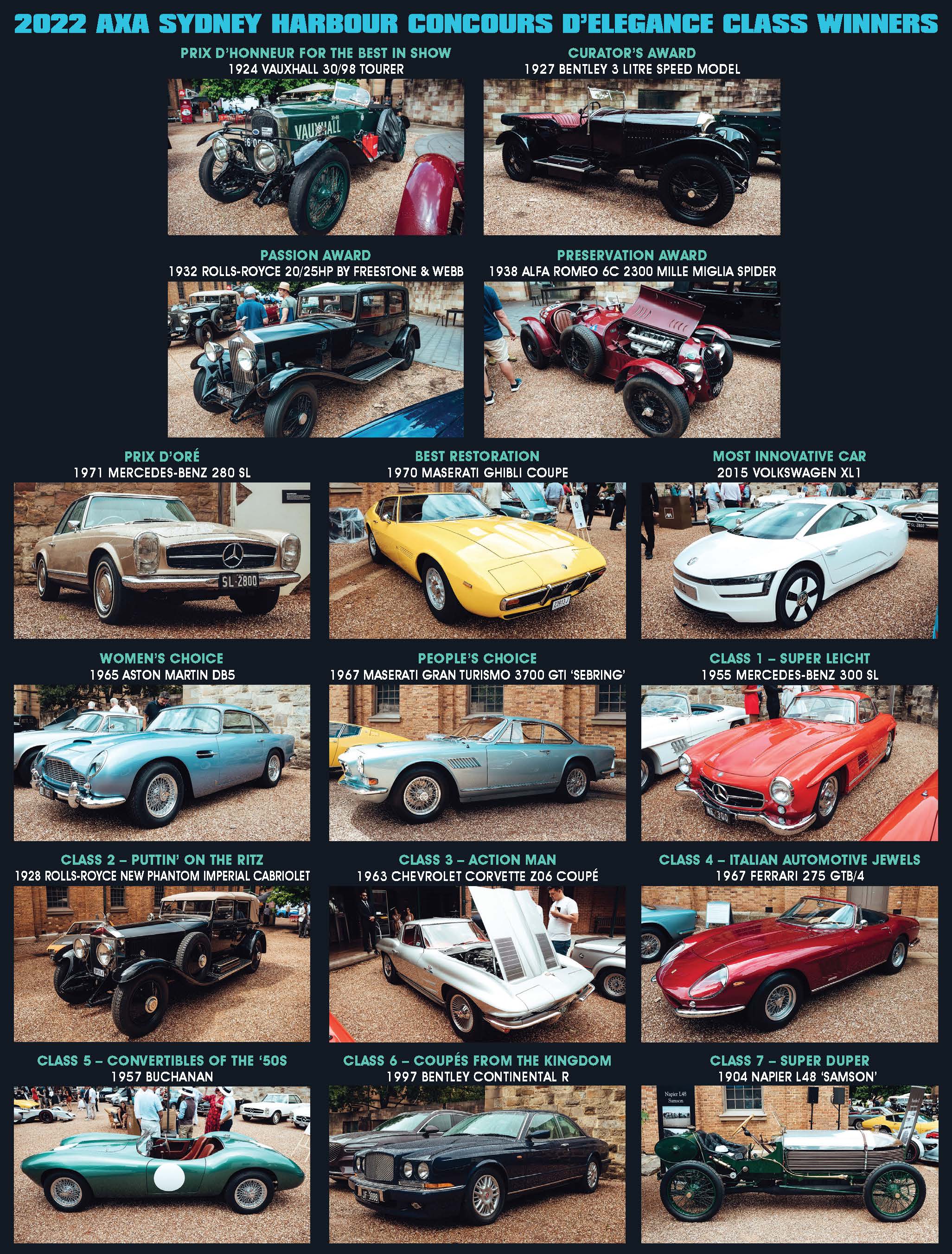 The only surviving competition version of Vauxhall’s 30/98 from the 1920s, chassis #OE1078 is known as the ‘Presentation 30/98’ as it was presented to Boyd Edkins by Vauxhall for his service to the marque here in Australia.

One of the early stars of Australian motoring and motorsport, Edkins set multiple city-to-city and cross-country speed records in the early 1920s - a time when the vast majority of roads were still unsealed. 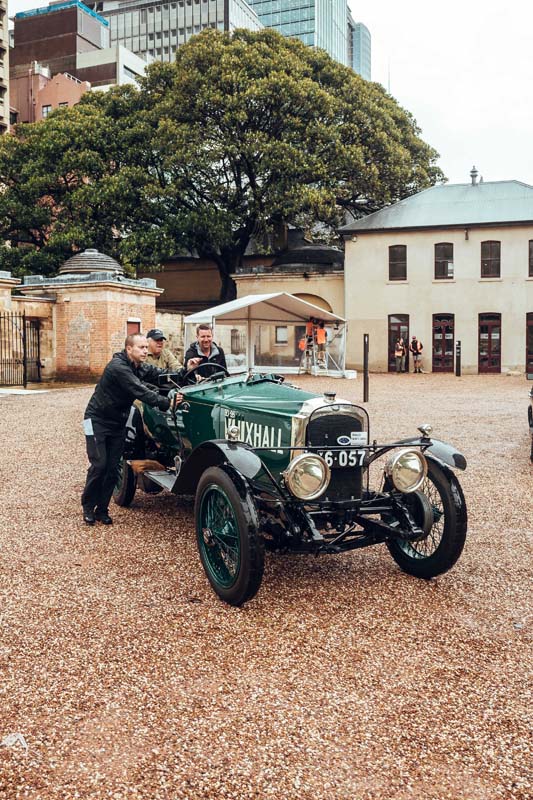 The 30/98 presented to Edkins was built in 1924 with a boat-tail Wensum body (optional to the standard Velox body) and had been designed for racing, with a shorter wheelbase than standard and a specially-tuned version of the ‘OE’ 4.2-litre overhead valve four-cylinder engine. 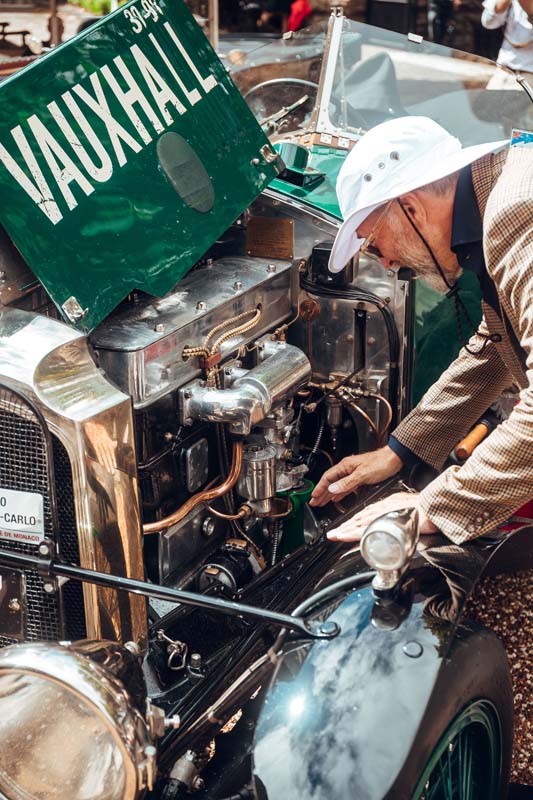 Campaigned in England before it came to Australia, the Presentation 30/98 would be raced at the infamous Maroubra Speedway and was subsequently owned by three-time Australian Grand Prix winner Bill Thompson, as well as Edkins’ contemporary automotive daredevil, Norman ‘Wizard’ Smith.

In 2000, the dilapidated, but mostly original Vauxhall was acquired by Andrew Cannon, who commissioned John Kent of Crank Start Engineering to do a full restoration.

With as much as possible refurbished, rather than replaced, this car is now regarded as one of the best-restored examples of a Vauxhall 30/98 worldwide.

The 2022 AXA Sydney Harbour Concours d’Elegance marked the first time this car has ever been shown at a concours event.