Experimental cars presented together for the first time.

The two cars were experimental units built by Shelby American in the 1960s. The first, a 1967 Mustang GT500 EXP (for experimental) coupe was known as ‘Little Red’. A year later, a 1968 version, also a coupe, was built, with this unit known as ‘Green Hornet’ EXP 500.

Both are unique, insofar as Shelbys were never built on the notchback coupe body style, only fastbacks and convertibles. Additionally, the two cars carried features unavailable on Shelby-built Mustangs of the period.

In the case of Little Red (so named for its Candyapple Red paint), these features included a special fibreglass bonnet to give clearance for the Paxton supercharger that had been fitted to the 428 V8 engine, as well as a roll bar delete and vinyl roof trim.

Reporting at the time described the car as being originally built for Shelby American’s chief engineer, Fred Goodell, as his personal car and used by him to trial various engine and transmission combinations.

Lee Grey, Ford Southern California District Sales Manager, spotted Little Red and asked Shelby if he could tour it around various California venues in 1967 to gauge public response to the car. Positive reaction led to the introduction of the Shelby-inspired GT/CS ‘California Special’ Mustang by Ford in early 1968, which had Little Red’s looks but none of its performance parts.

After time in Ford’s Kar Kraft operations in Michigan, Little Red was destined for the crusher, but somehow ended up in Texas where it sat for decades, exposed to the elements and with its experimental drivetrain missing. 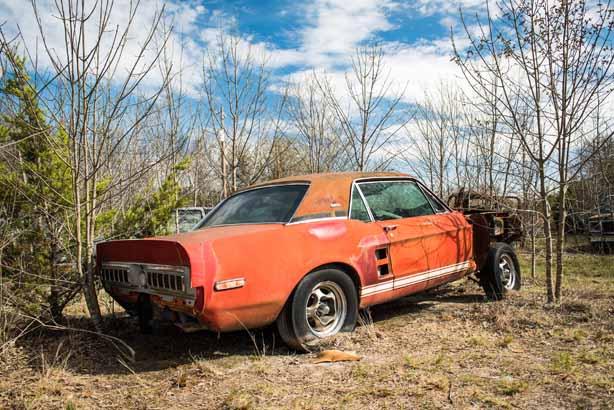 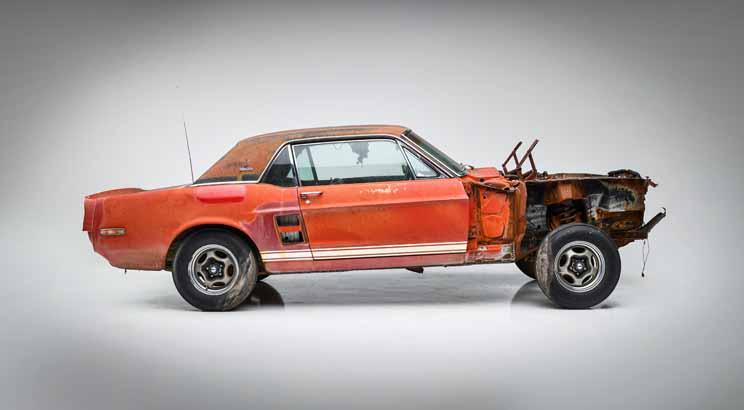 In 2018, Craig Jackson announced the car has been found and was being restored by Jason Billups.

The Green Hornet EXP 500 is more well known, thanks to the car’s history and ownership being better documented.

Like Little Red, Green Hornet was an experimental car and another Goodell project. What had started as a prototype for a version of the California Special that would be released nationally was sent back to Shelby when that plan was shelved. Goodell then used the car to test an electronic fuel injection system and independent rear suspension.

The cars’ original 390 V8 was replaced with a 428 Cobra Jet V8, to which Goodell added a Conelec fuel injection system (which Ford were testing at the time for its potential to reduce exhaust emissions) and matched that to a heavy-duty, truck-spec C6 automatic transmission.

The experimental independent rear was made up of a standard 9-inch diff and special combination of front suspension components that bolted into the mounts for the standard leaf springs. A set of rear disc brakes were also fitted to the Green Hornet.

Whether for reasons of cost or complexity, neither feature was adopted by Shelby or Ford at the time, and the Green Hornet was sold, minus its unique features, but Goodell would scratch build an IRS for a later owner, as well as track down correct EFI parts.

The car was purchased by Barrett-Jackson president Steve Davis some years later and more recently came into Craig Jackson’s collection. When Jackson tried to auction it in 2013, it bid up to US$1.8 million but failed to meet its reserve and has been part of his personal collection since.

On 16 January, the eve of Barrett-Jackson’s 49th Annual Collector Car Auction in Scottsdale, Jackson unveiled the freshly-restored Little Red, and presented it alongside Green Hornet: the first time the two experimental Shelbys have ever been together.