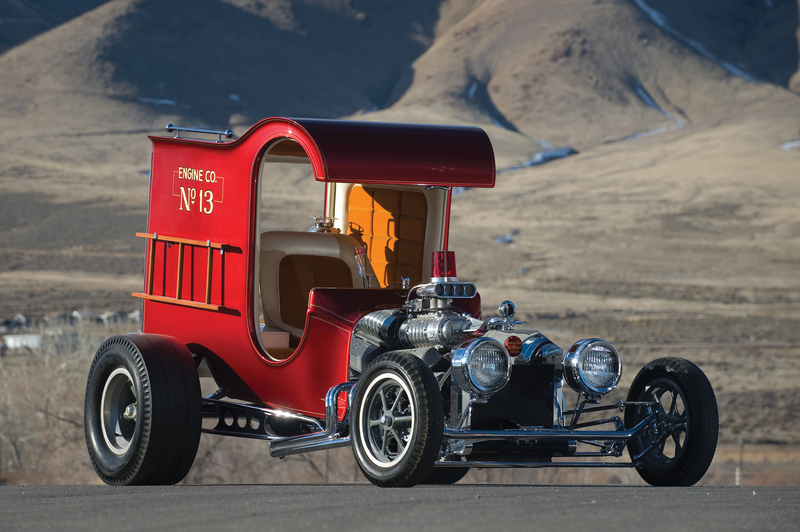 Back in the 1960s, when hot rods were hot, or at least hotter than they are now, one of the hottest builders was Chuck Miller. Miller's Detroit-based business, Styline Customs, churned out many special and custom vehicles for the likes of Dodge, Plymouth, AMC and more. While the showcars created for the Detroit manufacturers garnered attention, Miller's major success came at the 1968 Detroit Autorama, where he won the event's coveted Ridler Award for innovative and creative hot rods.

Miller's award-winning creation was the 'Fire Truck', a whimsical take on a classic American fire truck, based around a Model TC-Cab. The Fire Truck featured gold leaf lettering, side mounted "ladders", vintage extinguishers and even a flashing light mounted on the engine blower. Vintage Model T parts included the tail lights and winged Moto-Meter radiator cap. The engine was a small block V8 (with a dummy blower), which helped spin the 'pie-crust' drag slicks wrapped around competition-style mag wheels. The Fire Truck also featured tiller steering.

In addition to the RidlerAward for 1968, Miller's creation was named one of the 'Top 10 Rods' in the country that year by Car Craft magazine (US). It's also one of the more memorable examples of the "wacky" hot rods that were popular throughout the 1960s. The following year, Millerarguably topped the Fire Truck by building a life-size replica of the "Red Baron"Monogram model kit hot rod.

Not intended for street use, the Fire Truck was designed and built with just one purpose: to win custom-car shows. When it goes to auction in September, the winning bidder will be able to lay claim to owning an actual Ridler Award winner for far less than the cost of building one today. When it last went to auction in 2009, the Fire Truck sold for US$90,750. This time around, the pre-sale estimate is US$75,000 - 125,000. 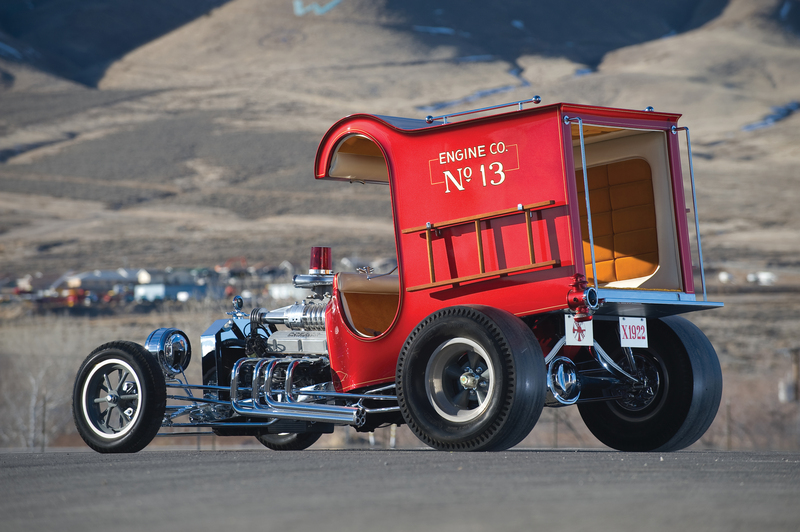