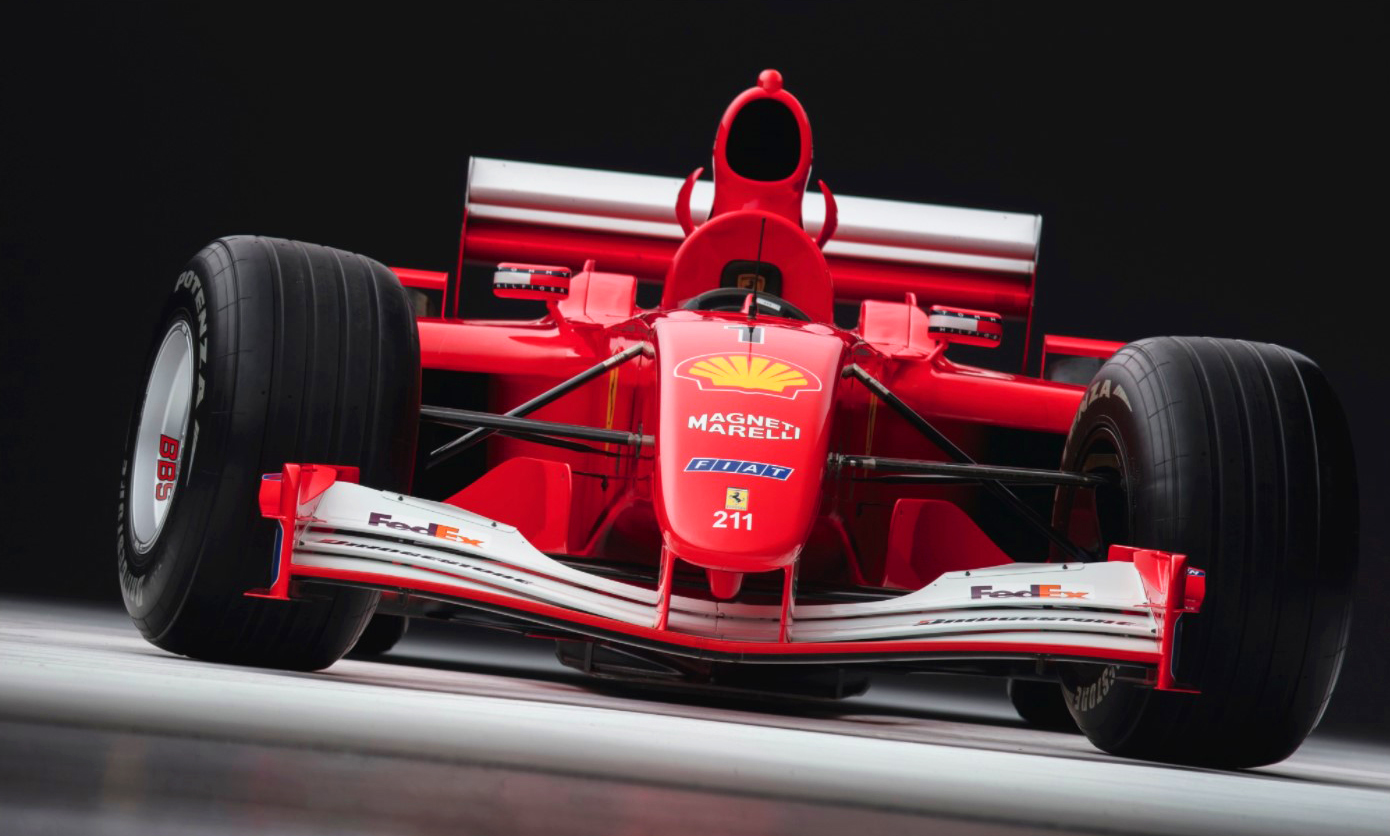 A Ferrari Formula One car driven to victory by Michael Schumacher in Scuderia Ferrari’s dominant 2001 season was a unique attraction – and a record-setter – at a Sotheby’s auction in New York.

Surrounded by modern art from the likes of Andy Warhol, Roy Lichtenstein and Jean-Michel Basquiat, the Ferrari was part of Sotheby’s ‘Contemporary Art Evening Sale’ on 16 November.

Offered for auction for the first time, Ferrari F2001 chassis 211 was not only an ex-Schumacher car, but a winning car; driven to victory at the 2001 Monaco and Hungarian Grands Prix. The latter may not seem significant compared to the former, but the win in Hungary secured Schumacher the 2001 F1 Driver’s Championship and helped Scuderia Ferrari achieve that year’s Constructor’s Championship, too; their eleventh overall and third in succession.

Chassis 211 was also used for warm-up and qualifying at the Canadian, European, French, Belgian, Spanish and Italian Grands Prix.

Schumacher won nine races in 2001 (including the Australian GP) to take his fourth driver’s title by a then-record 58 points. He also broke the all-time driver’s wins record that year, achieving his 52nd career victory at the Belgian Grand Prix.

With its carbon fibre and composite structure, along with a ‘Tipo 050’ naturally-aspirated 3.0-litre V10 engine capable of up to 900hp (670kW) and redlining at 18500rpm, the F2001 has been regarded as one of the most iconic F1 cars of the modern era. As offered, chassis 211 was both complete and able to be driven, with Ferrari offering to assist the new owner in preparing the car for track use via their F1 Clienti program.

Chassis 211 came to the 16 November event as the first car of any type to feature in a contemporary art auction and carried a US$5.5 million high estimate. Attracting strong interest from floor and phone bidders, the car soon surpassed that figure and eventually hammered for US$7.5 million (AU$9.3 million approx.), including buyer’s premium.  That paled compared to the US$38.6 million (AU$47.8 million approx.) paid for a painting by Francis Bacon, but it was still a new record for a modern-era F1 car sold at auction and more than double the previous best of US$3.19 million paid for a Schumacher-driven Ferrari F2004 at Sotheby’s Maranello sale in 2005.

A percentage of the sale price was donated to Michael Schumacher’s ‘Keep Fighting Foundation’ charity. 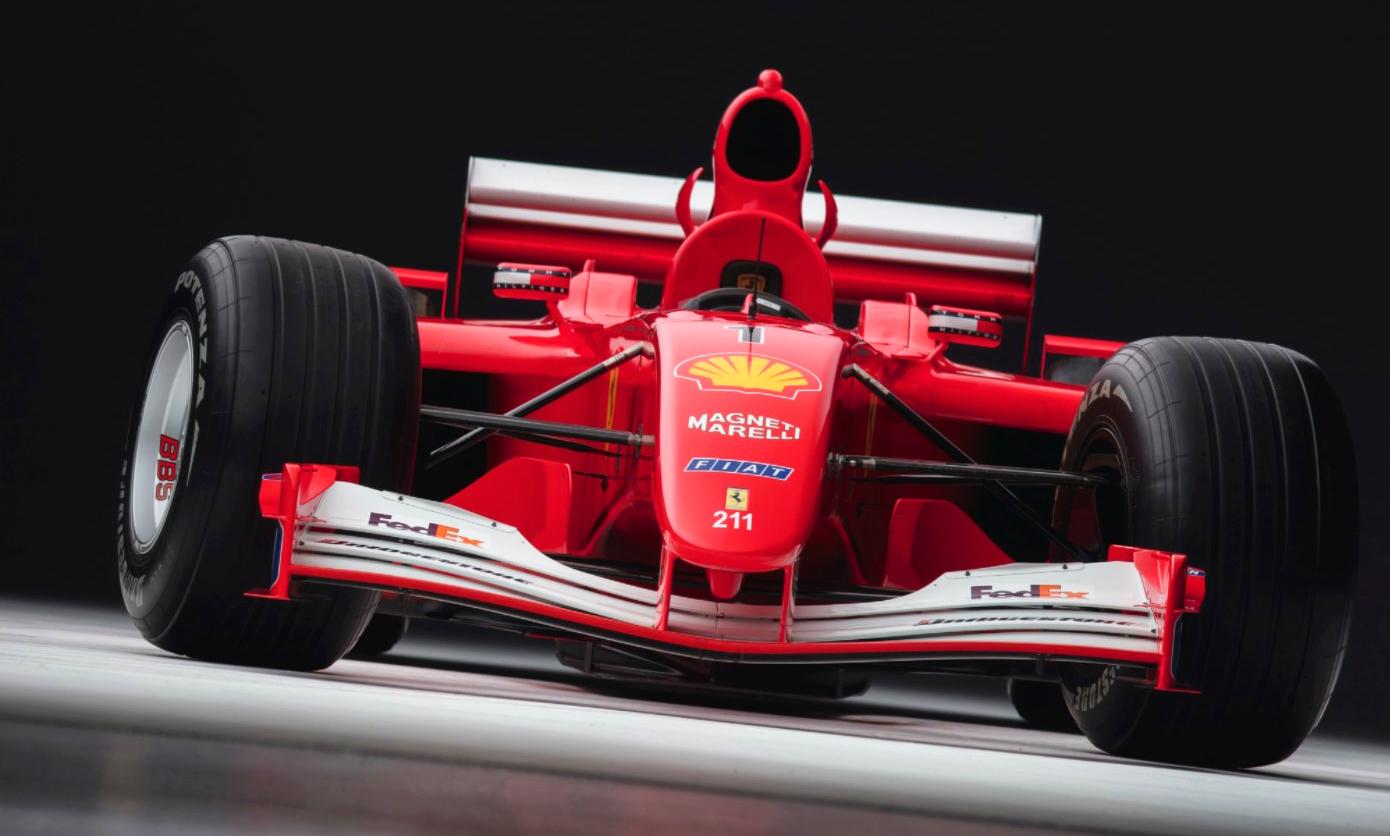