Following its addition to highway patrol fleets in Queensland and Western Australia, the Northern Territory is the latest region to adopt Kia’s Stinger for police duty. 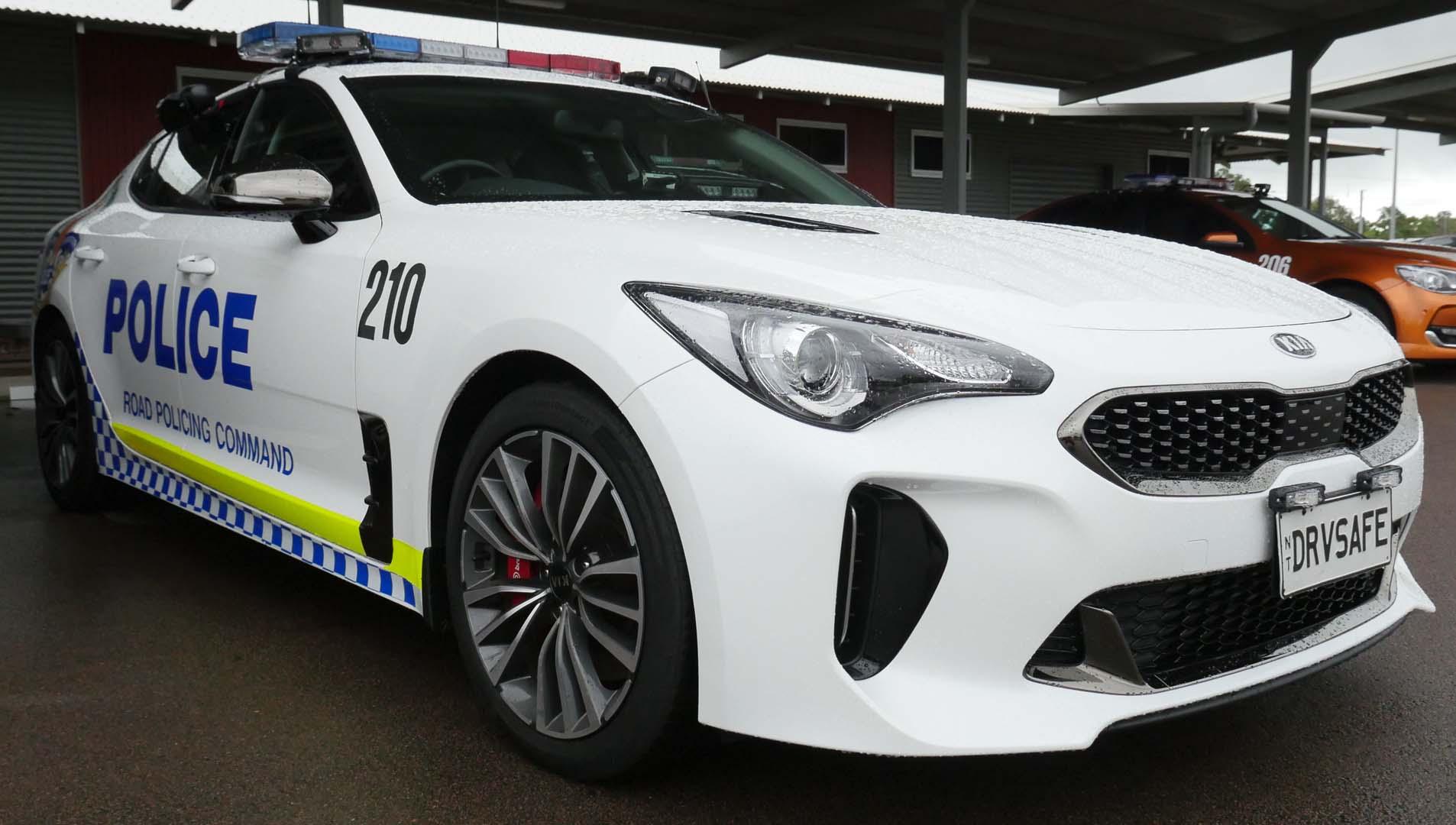 Like their interstate counterparts, NT police chose the high-performance, twin-turbo V6 version of the Stinger to replace the Holden Commodore SS currently deployed in the Territory’s Road Policing Command. The first Stinger prepared for police duty was unveiled in April, with six more to come as the Commodore is phased out.

Commander Matt Hollamby, from the NT Road Policing Command, said the Stinger was trialled in the NT and found to be a suitable replacement.

“Holdens and Fords have been standard road policing vehicles in the NT for the best part of 50 years, but now that they are not manufactured, it’s time for us to look at an alternative,” he said.

“We needed a car capable of operating at reasonably high speeds in temperatures of 45 degrees in the shade without missing a beat. The Stinger showed itself to be that car.”

In related news, NSW police recently added a Civic Type R, the hottest of Honda’s hot hatches, to their fleet. But, in something of a tradition in NSW that has seen Porsche and Lotus cars employed in the past, the Type R will be more of a promotional than pursuit vehicle, used to spread the word on the force’s ‘Eyewatch’ social media initiative for engaging with local communities.

In Victoria, VW Passat 132 TSI ‘Proline’ sedans and wagons will make up the bulk of a new police order of 265 vehicles that was announced in March.

The Proline is a special version of the Passat, fitted out for police and emergency service work with a second battery, updated alternator and bespoke wiring loom.

All of the Victorian Police Passats will be four-wheel-drive versions of VW’s mid-size model, with wagons to serve as marked, general service cars, while the sedans will be unmarked vehicles.