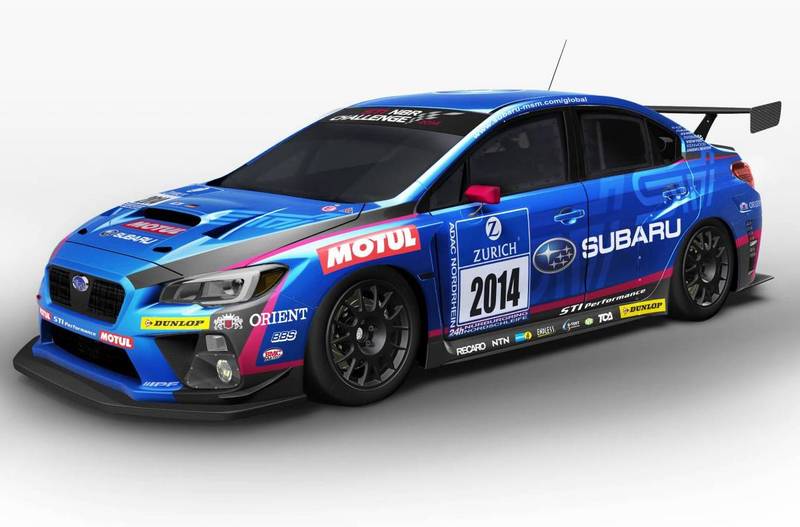 The racing car will be used in the Nurburgring 24-Hour endurance race in Germany, which takes place this June 19-22, 2014.
Subaru and its performance division, Subaru Tecnica International (STI) have unveiled a stunning racing car development of the new generation WRX STI.

The racing car will be used in the Nurburgring 24-Hour endurance race in Germany, which takes place this June 19-22, 2014.

STI have entered the Nurburgring 24 Hour for the past seven years, winning SP3T class on two occasions.

As with last year's campaign, Hideharu Tatsumi will be team manager, in addition to being responsible for development of the car. Toshihiro Yoshida and Kouta Sasaki are the listed drivers, with two more to be announced from Europe.

The production version of new Subaru WRX STI will be revealed at the 2014 North American International Auto Show in Detroit next week.

The STI Super GT team will be operated in conjunction with R&D Sport, led by Director Shinji Motojima. Kouta Sasaki and newly recruited Takuto Iguchi will drive for the team.