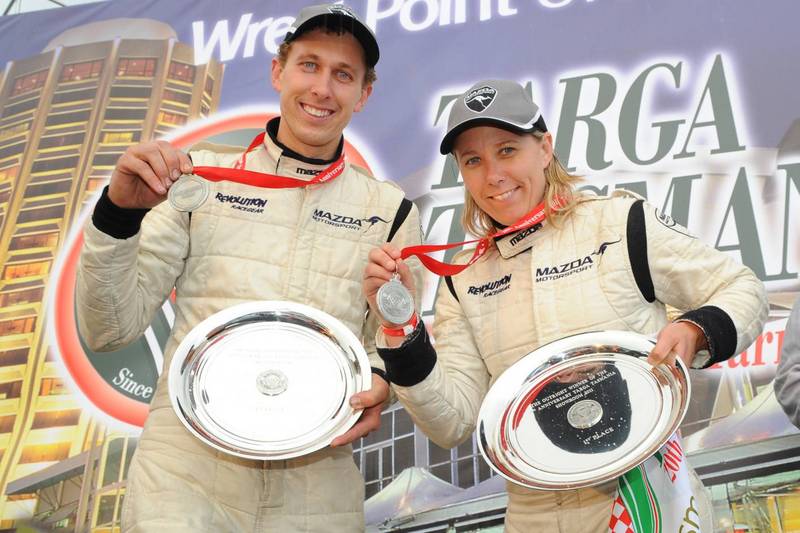 With the Showroom class in the bag courtesy of Brendan Reeves, Mazda Motorsport can now lay claim to having won four consecutive Targa Tasmania Showroom titles.

The manner in which victory was secured this year was particularly impressive with the MPS being the fastest 2WD Showroom car on every stage.

In addition, the MPS made it to the finish in Hobart faster than any of the nine 4WD Showroom cars with a buffer of over eight minutes to its nearest 4WD rival.

Up and coming World Rally Championship driver Brendan Reeves was a happy man as he savoured the win.

"We've led the 2WD Showroom class from the start of the event but to win in such a manner, beat all the 4WD Showroom cars and also get a fourth outright against much more expensive machinery is something Rhianon and I are very proud of. I can't speak highly enough of how the Mazda3 MPS has performed this week but I also need to give credit to the Mazda Motorsport team for giving us such a great car every day," he said.

Determined not be out-done, Jamie Vandenberg today put in an equally impressive performance in the RX-8 SP.

Vandenberg had been steadily climbing the field over the past few days and today took his performance to new heights by winning the epic 58km Mount Arrowsmith stage and lifting himself into the top six outright, narrowly missing fifth place by just one second.

This achievement is made all the more impressive by the fact that this was Vandenberg's first competitive event in the RX-8 SP.

Mazda Motorsport manager Allan Horsley was full of praise for the entire team.

"This is our best ever Targa result and it's thanks to the efforts of the whole team. Jamie and Brendan obviously played key roles in the success as did co-drivers Simon and Rhianon but we can't forget the efforts of the Mazda service crews who worked tirelessly all week. To have finished with two cars in the top six in such a gruelling event really shows just how far this team has come," said Horsley.