A new automotive company has created a new EV for the track . . . and the road.

It’s small, it’s fast and it’s a new champion. “It” is the ‘Speirling’ from British EV manufacturer McMurtry Automotive. A car that combines both new and old thinking to achieve ultimate performance, the Speirling is also a car that “brings the noise” to EVs.

Thanks to the Speirling setting a new record at the Goodwood Festival of Speed’s hillclimb this past June, just about everyone now knows the diminutive car’s name, as well as that of the company that built it. McMurtry Automotive is still fairly new, though, while the car they’ve built is even newer. 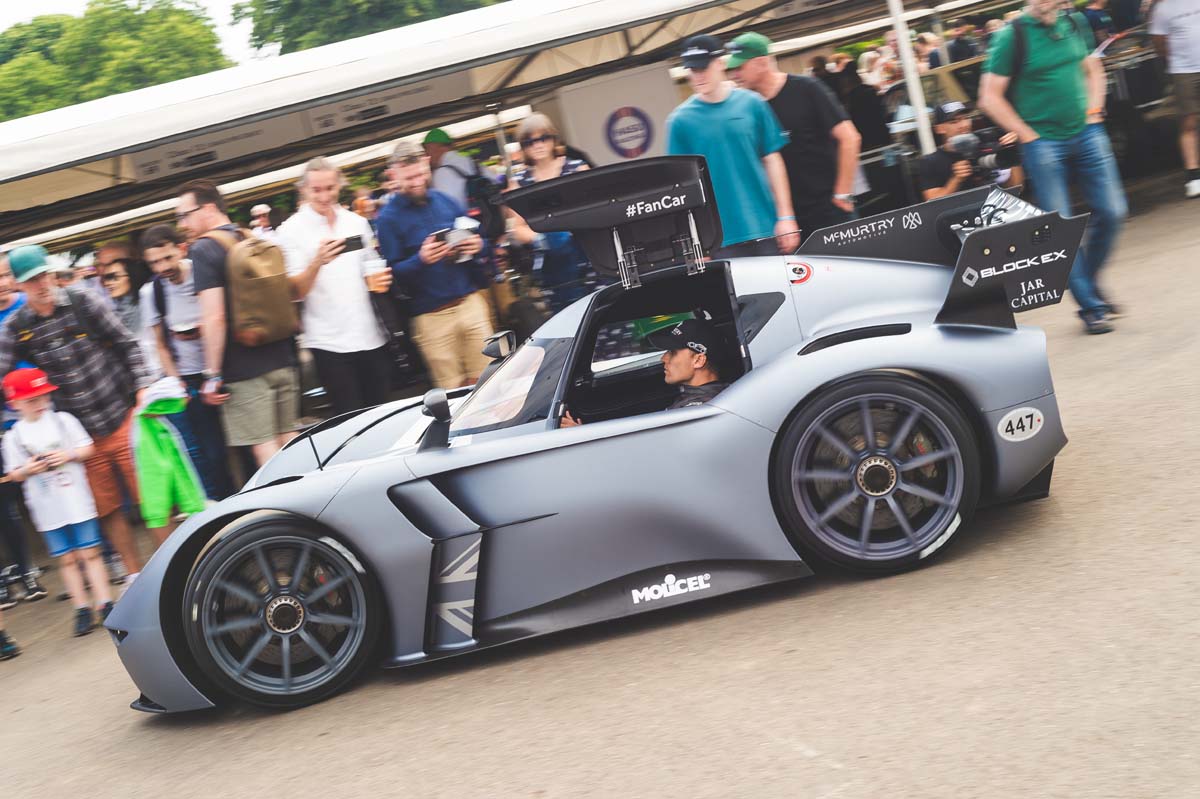 A New Name, An Old Approach

In 2016, entrepreneur and inventor Sir David McMurtry assembled a team of former Formula 1 engineers with the objective of designing and building “the ultimate high-performance car”.

At last year’s Goodwood Festival of Speed, the result of five years of development by that team was revealed in the form of the Speirling, which takes its name from the Irish word for ‘thunderstorm’. 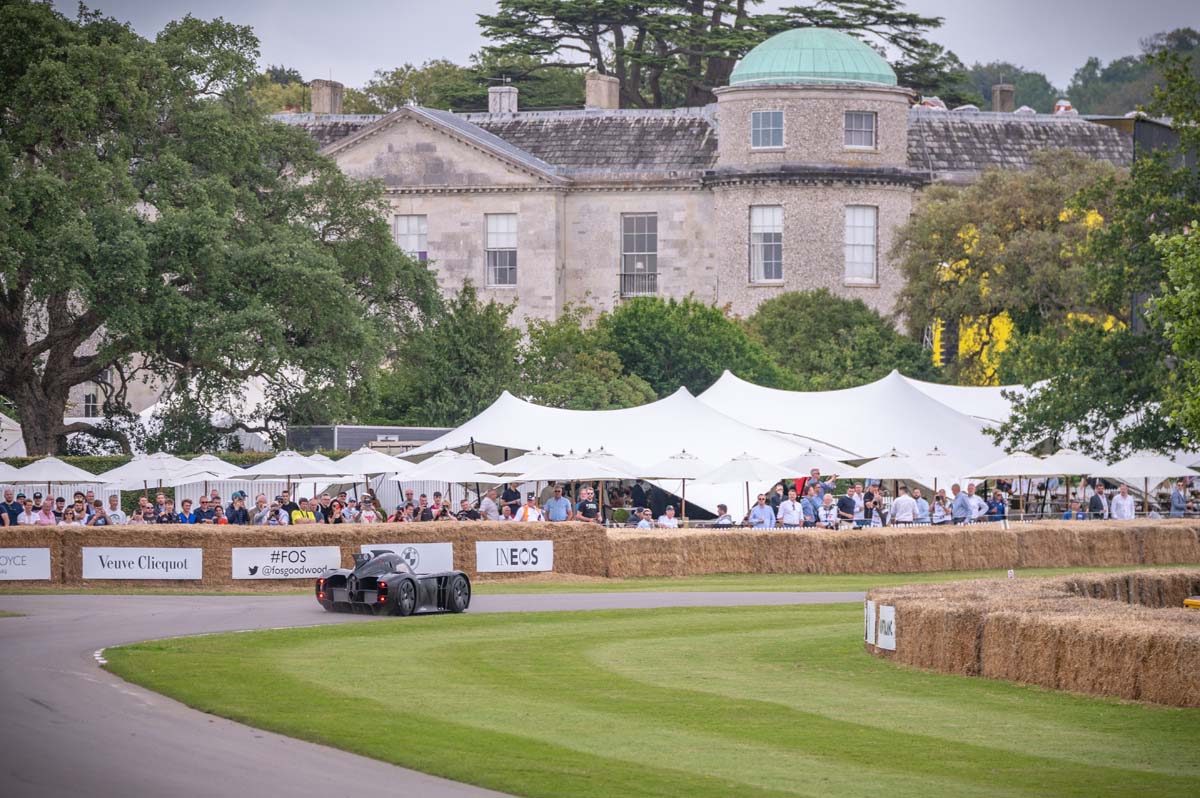 Using fans to create downforce is nothing new in motorsport, with perhaps the best-remembered example being the Brabham BT46B ‘fan car’ from 1978 that was essentially banned from F1 after one race. The Chaparral 2J that preceded (some say inspired) the BT46B, along with others, used similar mechanical means of generating downforce and were also legislated out of their respective competition categories.

In the case of the Speirling, its pair of fans generate an instant 2,000kg of downforce – more than a F1 car generates at speed - before the car even turns a wheel. At 240km/h, there’s 2,250kg of downforce. McMurtry Automotive call this a 'downforce-on-demand’ system.

A quirk of the Speirling’s development saw these fans fitted to a decommissioned ambulance – dubbed the ‘Fanbulance’ – that McMurtry tested on UK racing circuits before they were fitted to the car.

As the fans generate virtually all the downforce, there’s theoretically no need for spoilers, so when the Speirling first appeared at Goodwood in 2021, it was free of wings and most of the usual add-ons you’d expect from a high-performance track car, resulting in a sleek, slippery shape.

For the Speirling’s return to Goodwood this year, a rear wing had been added (apparently to improve rear end stability at high speed), along with a pair of rearview mirrors, but the rest of the body design was unchanged. The various openings and channels visible on the body are all about reducing drag, designed to funnel air around and through the car as efficiently as possible.

The first thing that strikes one about the Speirling is how small it is. Looking like a Batmobile that’s shrunk in the wash, the Speirling measures 3,500mm long, 1,700mm wide and just 1,100mm high.

At those dimensions, it’s most definitely a single-seater, with evidence from the Festival of Speed showing that fitting even one occupant into the centrally-placed driver’s position is a challenge. 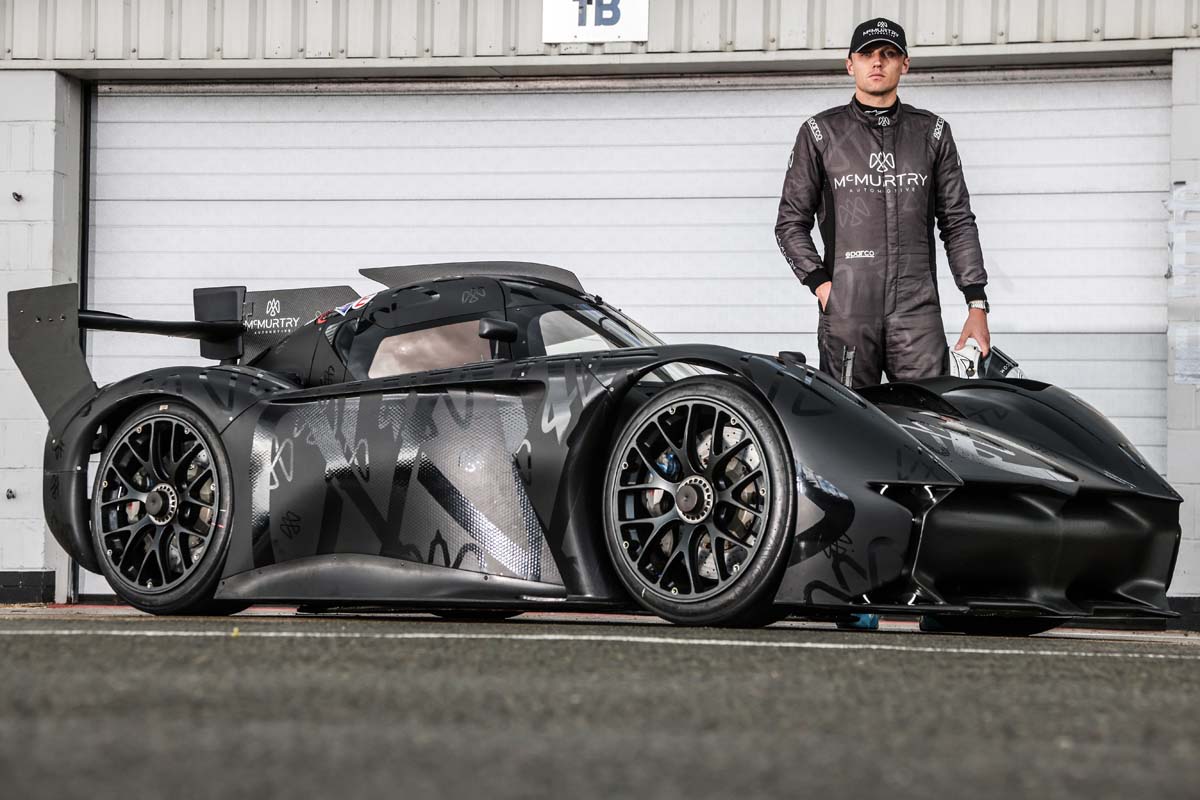 Full carbon fibre monocoque construction means weight is just under 1,000kg, with a bare-bones cabin also contributing to the light touch on the scales.

Further weight savings come from the fact that only the rear wheels are driven. As the fans ensure there’s always traction, powering the front wheels is unnecessary.

Not much has been revealed about the Speirling’s EV powertrain, other than the fact that two motors are employed, fuelled by a 60kWh lithium-ion battery that’s arranged in a horseshoe shape around the driver.

Active suspension and carbon ceramic disc brakes with 390mm rotors and six-piston monobloc calipers are fitted all round, while 19-inch wheels are shod with bespoke tyres.

After testing the waters at the Goodwood Festival of Speed in 2021, McMurtry Automotive brought the Speirling back to Goodwood this year. With another 12 months of development under their belt, their sights were set firmly on breaking the hillclimb record. 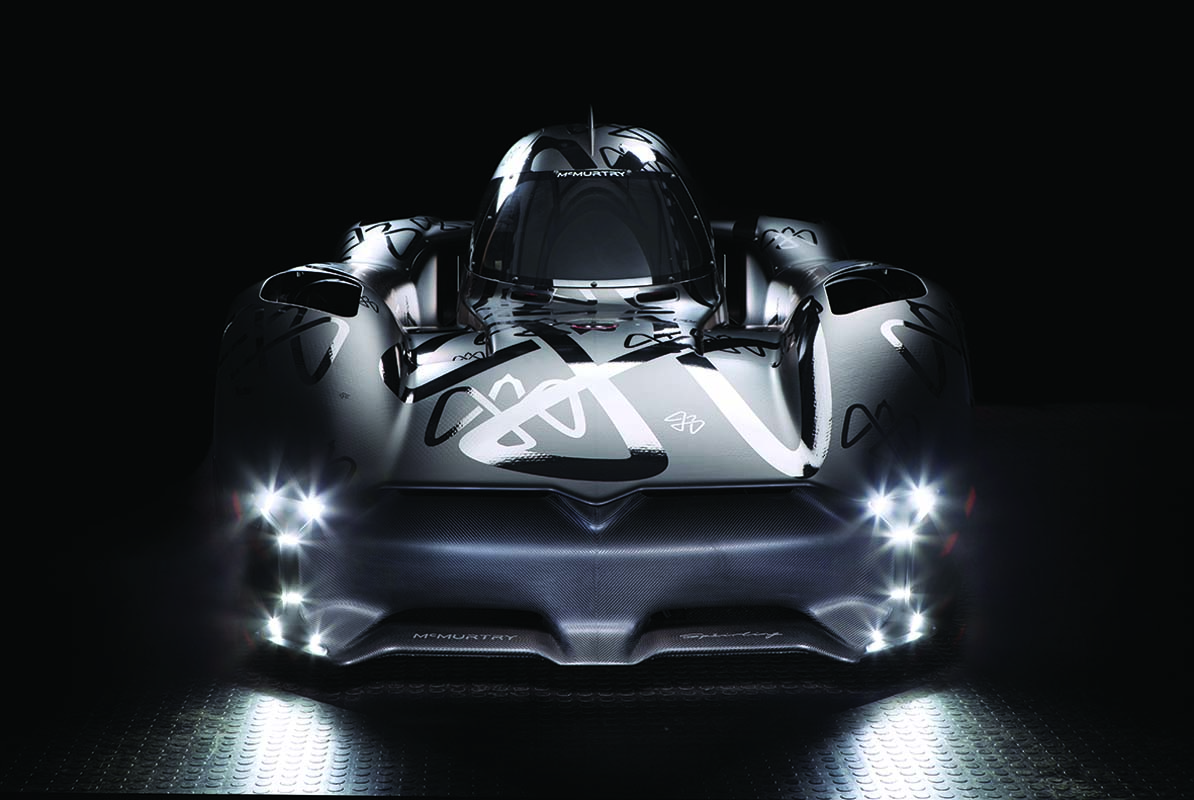 Officially, this stands at 41.6 seconds and was set in 1999 by Nick Heidfeld in a year-old McLaren MP4/13 Formula 1 car. Unofficially, the record is 39.9 seconds, which was achieved by Volkswagen’s ID.R EV racer in 2019, but as that time was set in practice and not the shootout on the final day, it doesn’t count.

Former F1 and IndyCar driver Max Chilton, who was drafted in to the McMurtry Automotive project earlier this year, would share the driving duties at Goodwood with experienced hillclimb competitor, Alex Summers.

In addition to its instant downforce, the Speirling’s compact size gave it an advantage on the hillclimb course, which has narrow sections and challenging kinked bends that larger cars have to turn through, but the Speirling can almost take in a straight line.

McMurtry’s expectations of resetting the hillclimb record were enhanced when Chilton posted a 39.14 time in qualifying. In the final shootout, Chilton went even better, zipping through the course in 39.08 seconds. This smashed Heidfeld’s official 22-year record by more than 2.5 seconds and beat the VW ID.R’s time by 0.8 seconds.

Remarkably, McMurtry Automotive claim the Speirling is street legal and, in the wake of their Goodwood hillclimb record run, are now talking about producing a limited number of road cars.

How a car of this type, and of such miniscule dimensions, meets design rules around impact protection and occupant safety is unclear. Obviously, it’s far from practical as an everyday runabout in its current form, too, but McMurtry Automotive are reportedly working through the details of making the track-focussed Speirling more road friendly and are taking expressions of interest from customers.

To ensure exclusivity, only a handful will be built, and while no pricing has been revealed, a seven-figure sum has been mentioned.