After making their name with wild, BMW-powered coupes and roadsters, Wiesmann are looking to the future with their all-electric ‘Project Thunderball’.

Nothing much has been heard from German specialist sports car manufacturer Wiesmann for the past few years. Bankruptcy tends to do that, though. The boutique carmaker, which was founded in 1988 and produced a string of high-powered convertibles and coupes through the 1990s and early 2000s, filed for bankruptcy in 2013 and closed its doors a year later. 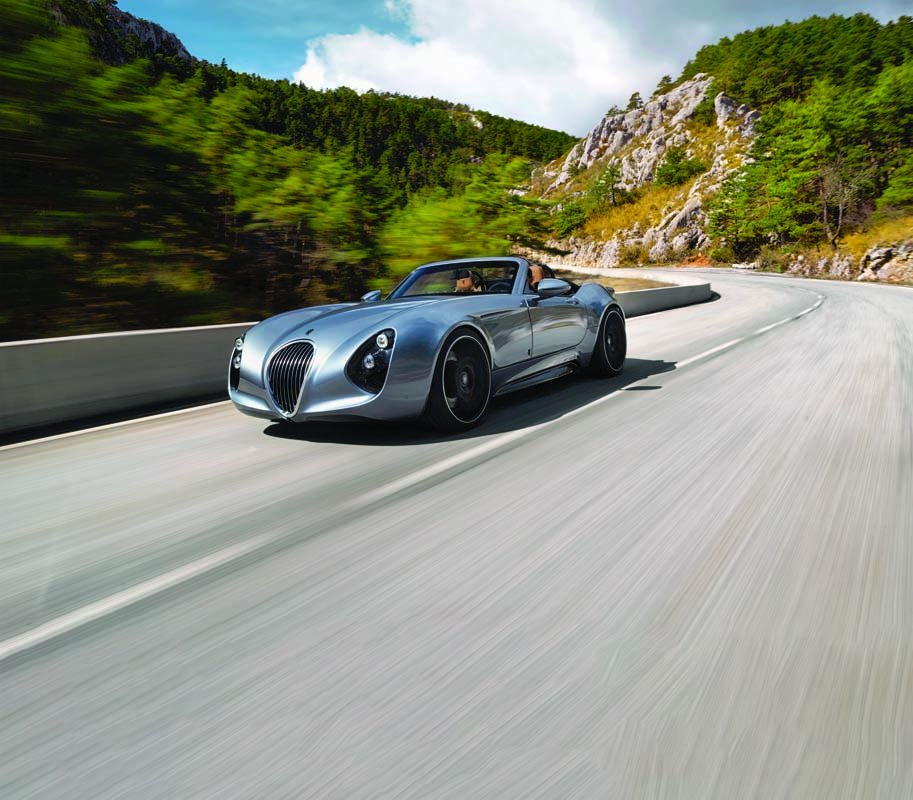 Soon after the closure, salvation seemed at hand in the form of Contec Global, an international technology firm led by Indian-born, British-based Roheen Berry, who acquired the rights to Wiesmann in a deal that was finalised in 2016. Berry had initially reached out to the company in 2012, requesting right-hand drive versions of their cars for the British and Indian markets.

While plans to recommence production of Wiesmann’s striking coupes and roadsters were announced at the time of Berry’s acquisition of the company, nothing of any substance has emerged until now. And despite some talk of a new, BMW-powered vehicle under the banner of ‘Project Gecko,’ the first product of the reborn Wiesmann will be a fully electric car – Project Thunderball.

Revealed in late May, Project Thunderball is of similar appearance to past Wiesmann creations, with elements of BMW’s classic 507 roadster, the ‘big’ Austin-Healeys, early Jaguar XK roadsters, Alfa Romeo, Jensen, Porsche and even TVR in the styling.

The shield-shaped grille, a signature Wiesmann styling element since the beginning, continues on this new model, as does the funky tail light arrangement.

While the styling is familiar, what’s underneath is all new.

Wiesmann are describing Project Thunderball as the world’s first all-electric convertible roadster, although the original Tesla Roadster from 2008 can more rightly lay claim to that title.

Regardless, Project Thunderball is fully electric, with power coming from a pair of mid-rear mounted electric motors driving the rear wheels, with a battery pack under the floor.

Range is said to be as much as 500km, but like the power output and acceleration time, these are more targets and projections, rather than proven numbers, as Project Thunderball is still under development.

Similarly, no number has been given for top speed, but straight line performance is said to be “phenomenal”. 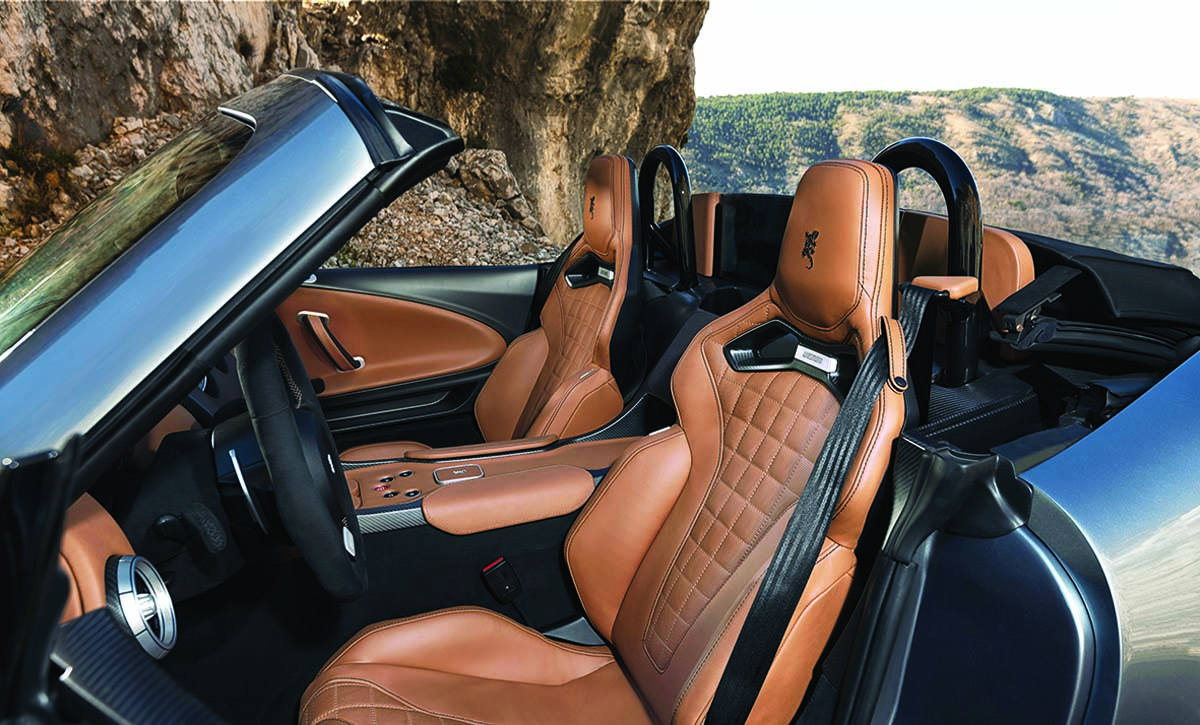 Developed in partnership with Roding Automobile, another German specialist automotive firm, Project Thunderball’s EV architecture is built around a “state of the art” 800V high-voltage system, with an 83kWh battery in standard form and up to 92kWh capacity available – what Wiesmann describe as uniquely high for a roadster – along with a specially developed regenerative braking system. 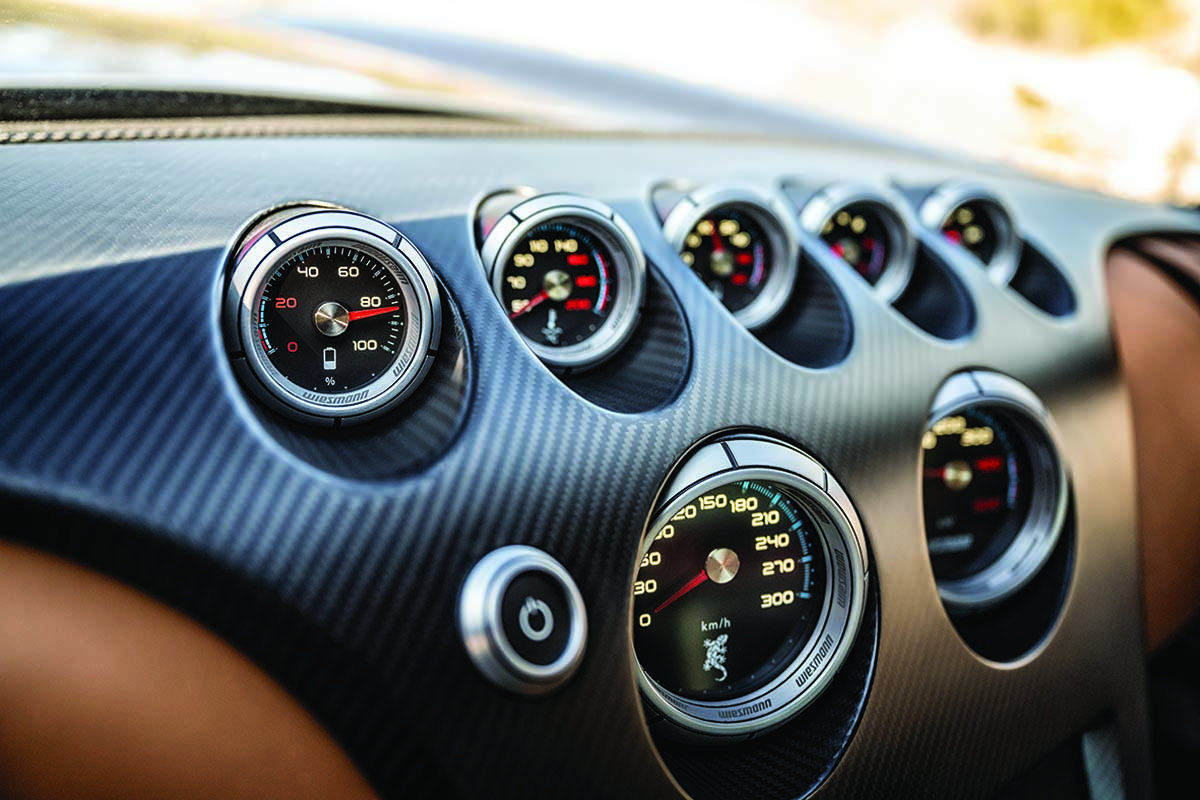 While the move to an EV is a common-sense decision for Wiesmann, it’s also one that, in some ways, has been forced upon them. BMW, the previous source for all Wiesmann drivetrains, has committed to abandoning purely ICE vehicles by 2030 in favour of an all hybrid and EV lineup, meaning a future supply of conventional BMW six-cylinder and V8 engines couldn’t be guaranteed.

Project Thunderball’s body-on-chassis design may seem an old-school approach, but for a short-run, specialty manufacturer like this, it’s more practical, allowing different bodies to be applied with little to no retooling of the underlying platform.

Overcoming the inherent weight disadvantages compared to a monocoque, Project Thunderball’s separate body is made entirely from carbon fibre, so it’s even lighter than the fibreglass bodies used previously.

The chassis is of similar bonded and riveted aluminium as past Wiesmanns, with steel used for elements like the rollover hoops.

Inside, more carbon fibre features on the race-style seats, dash, centre console and door trims, but there’s no racecar austerity in this two-seater. 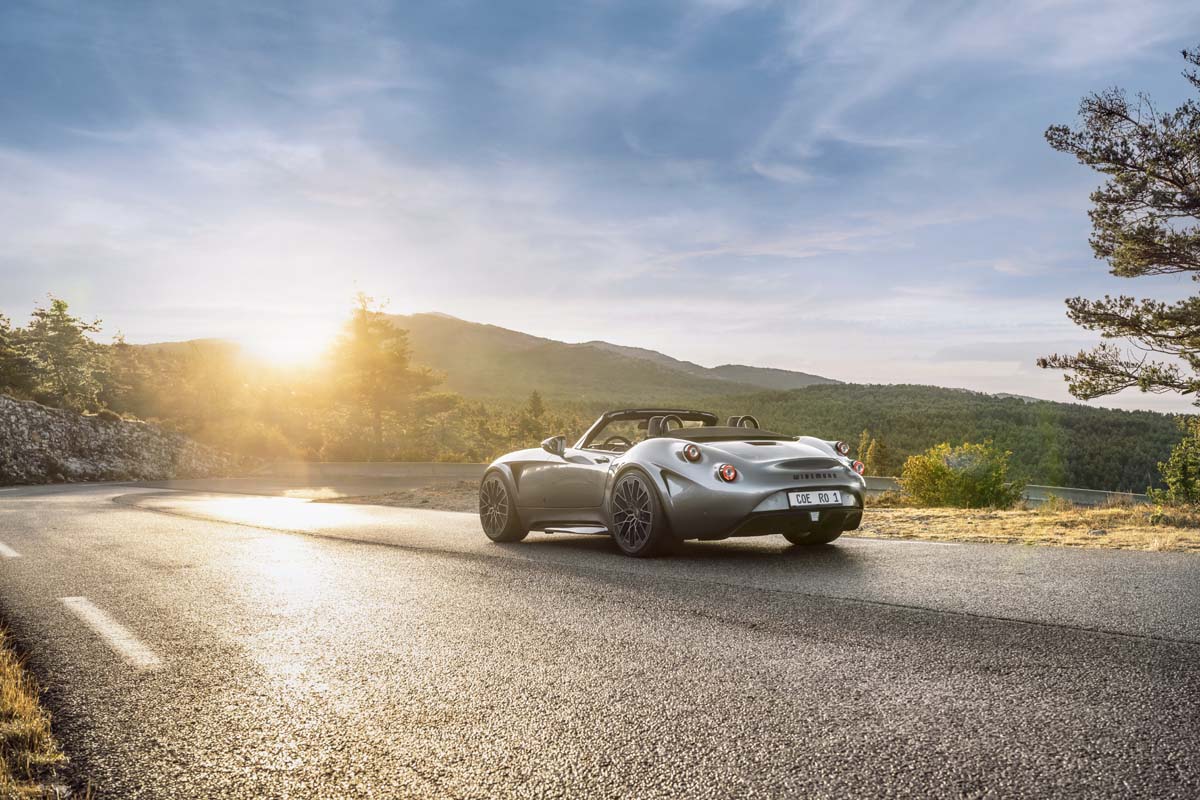 Sumptuous leather trim is used throughout, along with floor carpeting, bespoke pedals and digital displays for the vehicle information and instrumentation.

Gear selection is via four push buttons on the centre console, but the steering wheel shows paddle shifters, along with what appears to be a ‘drive mode’ selector, suggesting there may be some adjustability in output from the electric motors.

The TFT instrument screen is augmented with a set of six analogue gauges, all in the centre of the dash but angled toward the driver.

Removing the internal combustion engine has allowed abundant underbonnet storage space in Project Thunderball, with 180 litres up front and 125 litres of luggage capacity at the rear. 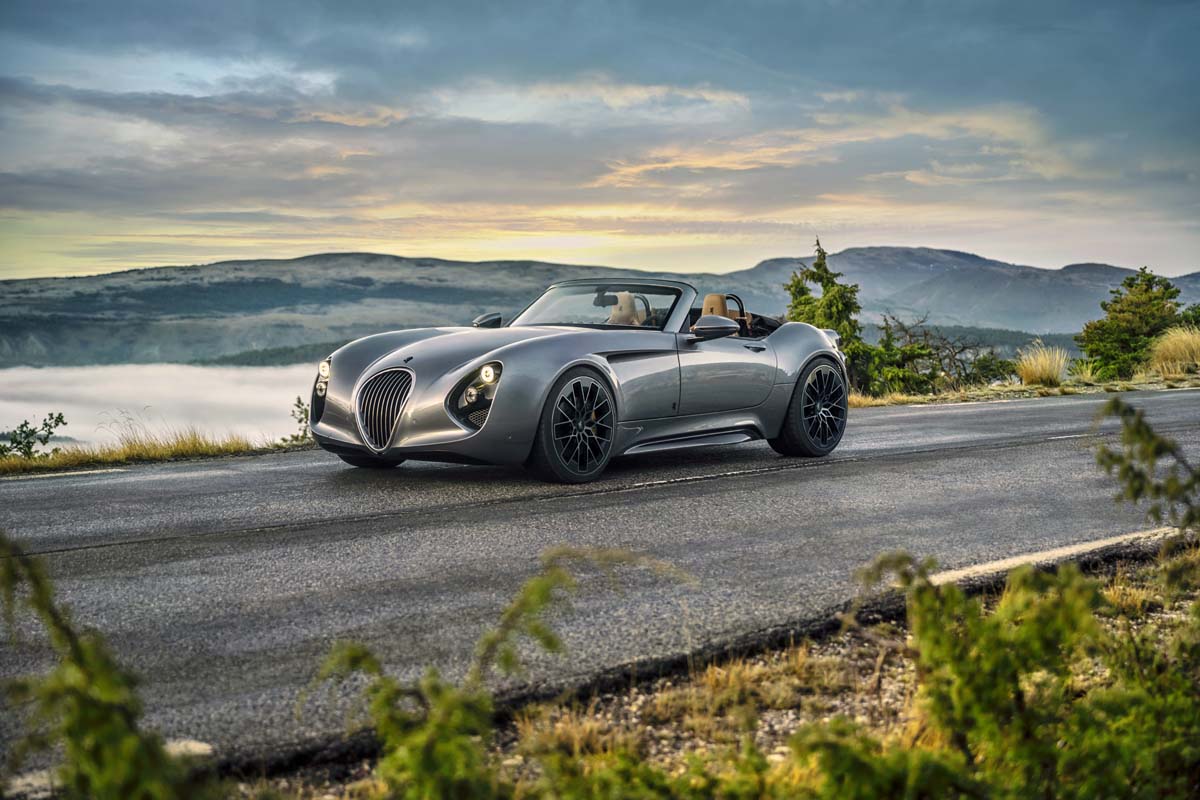 Total weight is listed at 1775kg, translating to a claimed power-to-weight ratio of 2.3kg per hp.

After images of a camouflaged Project Thunderball prototype were released back in March, the “finished” product made its public debut in May.

While the only images released so far have been of a convertible, a coupe version will be added, and presumably the right-hand drive variants that Berry was seeking a decade ago, too.

Production of Project Thunderball is already underway at the same factory in Dülmen, Germany, where the original Wiesmann cars were built.

At the end of May, one of the first all-new Wiesmann convertibles was auctioned off for HIV-AIDS charity, amfAR, in Cannes, France.