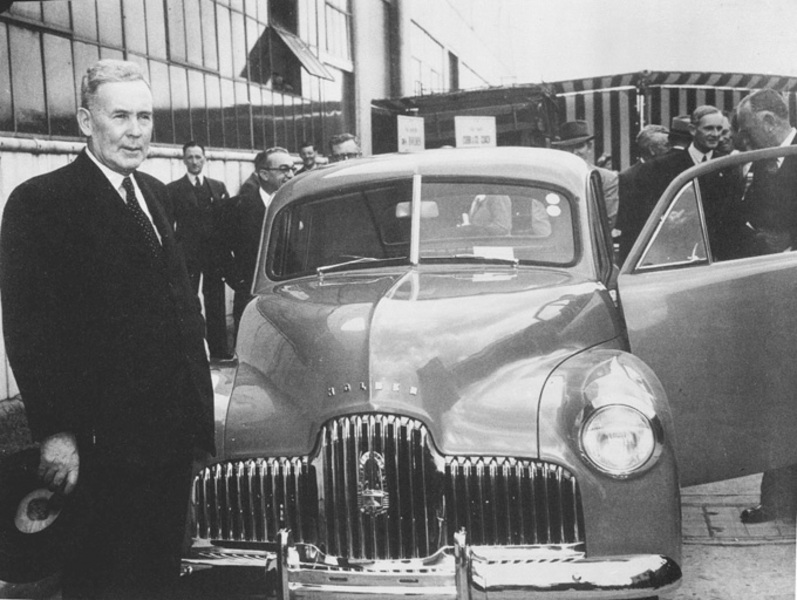 Prime Minister Chifley greeted the first Holden and is reputed as saying, "she's a beauty".

On that fateful day the ivory coloured car appeared from behind silver curtains to the strains of music from a 10 piece orchestra. 1,200 people witnessed this historic moment. Following years of wartime austerity, the Holden became a symbol of a new age of prosperity.

The first Holden was unassuming by today's standards and was officially called the 48-215 although public opinion soon changed it to the FX. Simply known as the Holden it proved reliable, a good performer and simply to service. It was the first successfully mass produced Australian car and launched the industry. It offered better value than its competitors and soon won the hearts of Australians.

The Holden was a four door, six seater sedan. Although it was adapted from an American design it was built almost entirely in Australia. It incorporated advanced features including a unitary construction body. It was powered by a Holden "grey" 2.5-litre six cylinder engine, which could rocket the sedan along at speeds up to 80mph!

The dust sealing and road ride were good and the 48-215 proved to be a durable and reliable car. It had a one key door lock, just one tail light and no turn indicators. There was no heater , with options including a radio, a rear venetian blind, left hand sun visor, a locking petrol cap and a heavy duty oil bath air cleaner.

Transmission was a column shifted three speed manual with synchromesh on 2nd and 3rd.

All glass was flat, with a 2-pece front windscreen, and the outer body panels, including front and rear guards were all bolted on. The only external ornamentation was the large vertical bar grille. The '48 Holden was offered in only one body style and one trim level. During its life, a host of improvements were made. Over its six year life, a total of 120,402 48-215s were built. 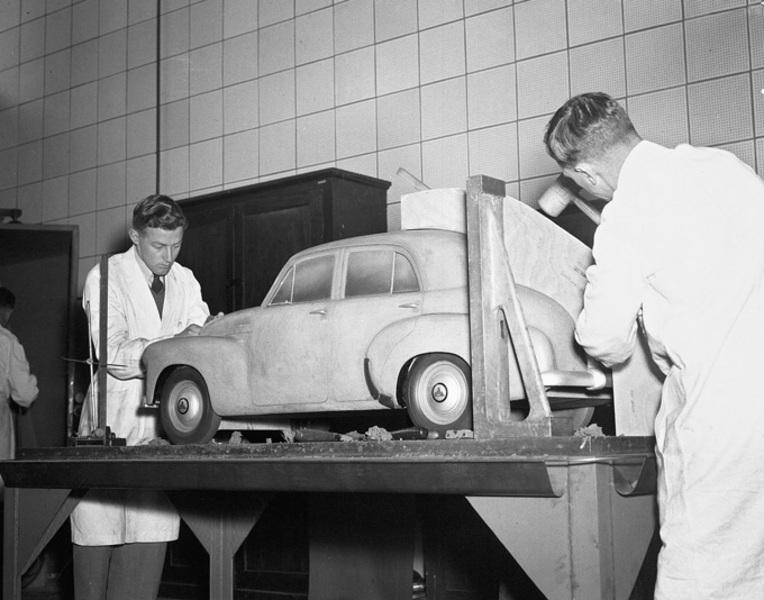 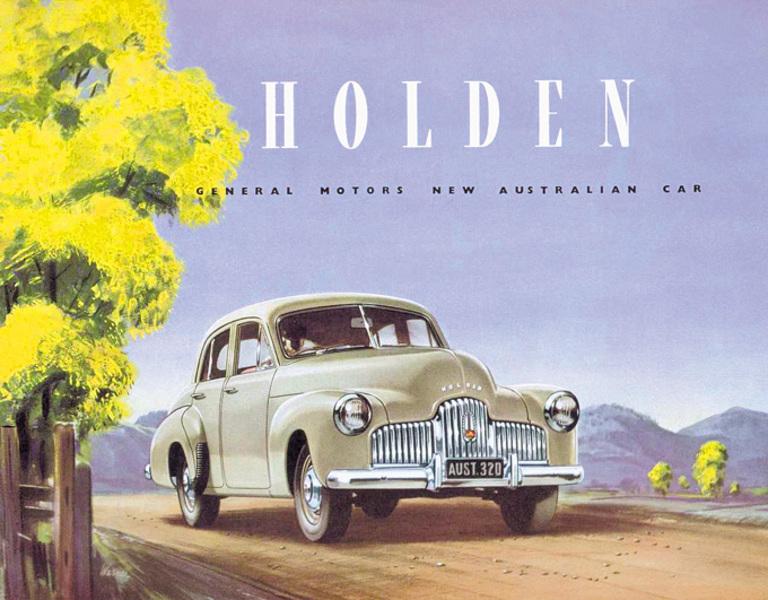 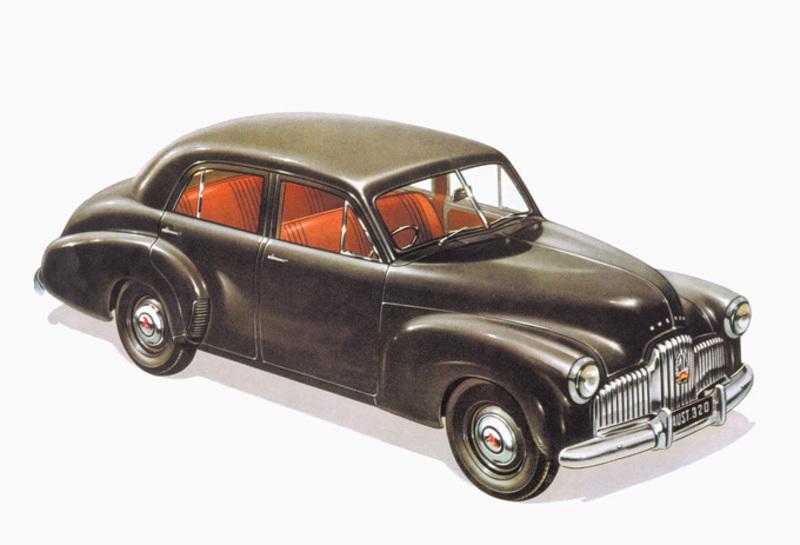