With Brock's passing in 2006, the mouthwatering prospect of 'Peter Perfect' taking on Dakar never came to fruition, but the car survives ...
In 2007, JUST Cars featured the last car circuit-raced by the late Peter Brock, in the form of the 'Goodwood FX'. Since then, that vehicle sold at auction for over $300K. Now, a 'lost' Brock racecar, believed to be the last created for the champion, has surfaced. Just as remarkable as the recent emergence of the car is what it was created for. Almost ten years ago, a throwaway comment in an interview set the wheels in motion for what would have been a Brock-lead Aussie assault on the world's toughest endurance racing event, the Dakar Rally.

With Brock's passing in 2006, the mouthwatering prospect of 'Peter Perfect' taking on Dakar never came to fruition, but the car survives, and has recently been consigned for tender with Sotheby's Australia. In the lead up to the public tender this October 15, JUST Cars spoke to Robert D'Ercole, the creator of what's now being referred to as the 'Brock Dakar car', about the vehicle, its creation, and the special Brock connection.

Robert D'Ercole is a race engineer and former racer who owns and runs Design D'Ercole, a Gold Coast-based engineering firm that can list the creation of the SUV Super Series and development work on the V8-powered 'Bullet' Mazda MX5s amongst a long list of achievements. The design for what became the Dakar car actually started as another project, but when D'Ercole heard of Brock's desire to take on the 'Everest' of motorsport, it set the wheels in motion for what you see here.

"In 2002, I originally contacted Peter, after hearing that he wanted to do Dakar," D'Ercole said. "I told him about a car we had begun for another project. We had a meeting and discussed what the whole (Dakar) project could be. Peter was really enthusiastic straight away, and said 'Let's do it.'"

This began a long journey to put all the pieces together for a competitive Dakar machine.

The process started with a thorough read through of the FIA Rally Raid rulebook that all competing vehicles have to comply with. "We had to study the rulebook and understand what the rules are telling us - and then decide on a class," D'Ercole explained.

"At the time, (the FIA) were changing (class) rules a fair bit in the Dakar. Rules at the time (concerning 2WD cars) were designed so that a private team could take on the manufacturer teams. In other words, they gave more freedoms to the 2WD cars and the private teams.

"We knew that the project could go a year or two years longer than we really expected. We were wary of getting that money locked in (to a category that may change), so we had to be prepared for that. Taking that into consideration, we designed the car to run in the four wheel drive category, because that made the most sense. But there were a lot more freedoms potentially available in two wheel drive, so the car's been fairly easily made to be (converted to) two wheel drive as well."

With a thorough understanding of the rules, the real work began. D'Ercole estimated their resident CAD expert put in over 700 hours of work on the Brock Dakar before a spanner or oxy torch was even lifted. D'Ercole said his experience in open wheelers translated well into the creation of an off-road racer, as it entails a lot of similar 'pure' engineering. It was by no means an easy project though, and the nature of what this car was being created for meant it had to be simple too, as D'Ercole explained.

"Ultimately, with an event like Dakar, it's so long, that it's very easy to go out there and break down on the first day with something silly and you're out of the event. So you've got to be really conscious of when you design and make the thing that it's not only designed to work well, but it's also able to be pulled apart in the middle of nowhere (on the Dakar course) and put back together very quickly."

Of course, the Aussie tilt was also working on a fraction of the multi-million dollar budgets that manufacturer teams like Volkswagen have put into their Dakar campaigns. The cost factor required a different approach, too.

"We had to come at it with a bit of a different mindset," D'Ercole said.

"We're just not going to have the support around us that a major manufacturer team have got, so we compromise in certain areas to make sure the car is reliable, and that's what we've done - we've kept it simple in all the detail parts."

The car was designed to run a mid-mounted 5.5 litre V8, sitting 'backwards' in the rigid spaceframe chassis, with the six-speed manual gearbox mounted between the driver and co-driver. With mass centralisation in mind, the fuel tanks were also spread around the centre of the vehicle. The exterior panels were all composite copies of the Adventra, one of Holden's new models at the time, and one seen as a relevant and practical 'shell' for the racecar.

By late 2004, D'Ercole and his team were working toward meeting the goal of having the car ready for the 2006 Dakar. However, Brock's enthusiasm to continue racing stalled after his unsuccessful 2004 Bathurst campaign. Additionally, Holden were non-committal with funding at this point, which lead D'Ercole to look at other manufacturers for support.

"I had some dealings with other manufacturers at the time, and I was pretty confident that it would be able to be built as a different vehicle. But Peter didn't want that to happen," D'Ercole said.

"He was adamant that it had to be a Holden, and I can understand why, so that's why we went in that direction. Incidentally now, Simon McNamara, the Manager at Holden Motorsport, said he was quite happy that it was going to be presented as the Adventra you see here with all the Holden livery."

The sheer logistics of the project, some issues in Brock's personal life at the time, and the search for sponsors lead both parties to agree that the projected 2006 Dakar entry be pushed back a year. D'Ercole was due to meet with Brock again at the end of 2006 to go over the project, but the fatal crash in the Targa West rally that September meant the meeting never happened. The car, a fully-assembled chassis, but with no interior or running gear, sat abandoned in the Design D'Ercole workshop for a while, but D'Ercole said there was always a lot of interest when people asked about the chassis and were told of the Brock connection.

"We thought there's no point not doing anything with it, and it will be a 'collector's piece'. It's going to mean a lot - to a lot of people - so (we decided to) put it together and present it, which was quite a few years back. We thought that this year, being the fifth anniversary of Peter's death, would be a good time for it to come out. I came up with the idea of utilising the car to raise money for charity (The Peter Brock Foundation and The Cathy Freeman Foundation) prior to the tender. That whole concept was a good one, so we got it ready."

"I honestly think whoever's going to buy the car is going to be a genuine Brock collector and it will mean a lot to them. Because, at the end of the day, you can't just go and buy a Brock car - they're not coming out of the woodwork - and the Brock legacy's going to last a long time in Australia. If they really wanted to race, it'd be much more sensible to just build another one which is the same and keep the Brock one. It would be nice to think (this car) would go into a collection somewhere where it would be viewed by the public."

The Sotheby's "Important Motor Cars by Public Tender" event will take place this October 13 - 15. The Brock Dakar car and other consignments will be available for viewing on these dates, between 10am and 4pm, at 7 Anderson Street, Double Bay, NSW. For further details, go to www.brockdakar.com.au and www.sothebysaustralia.com.au 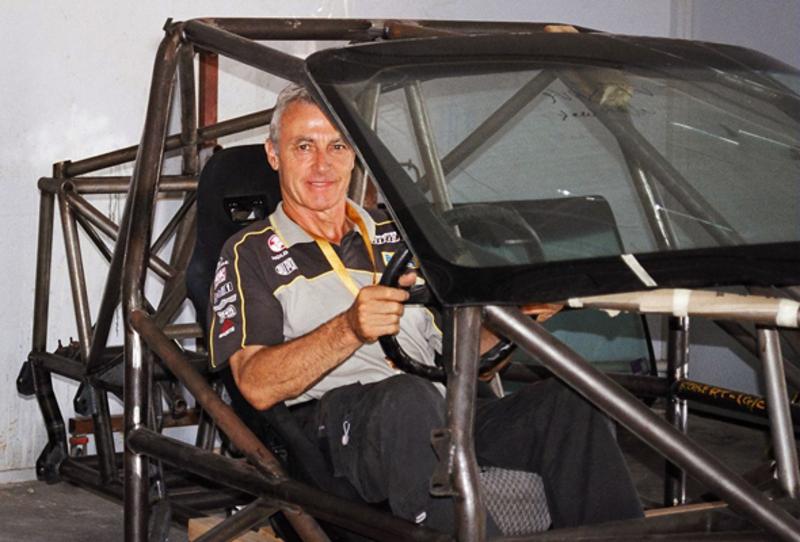 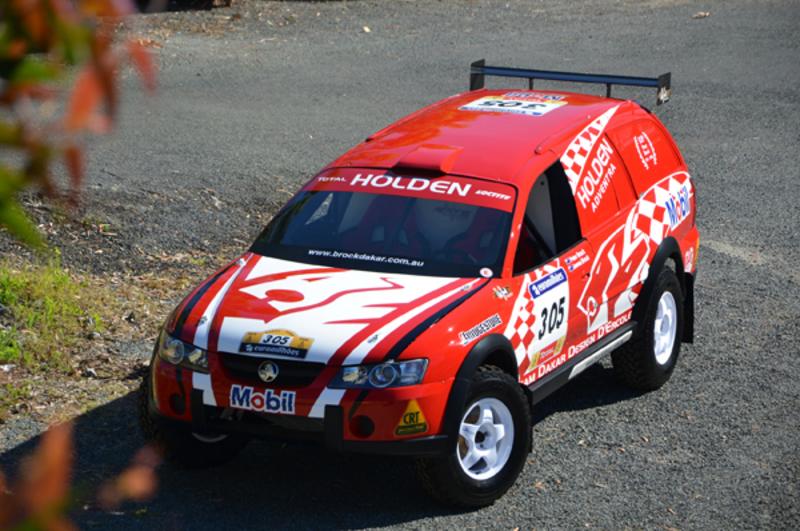 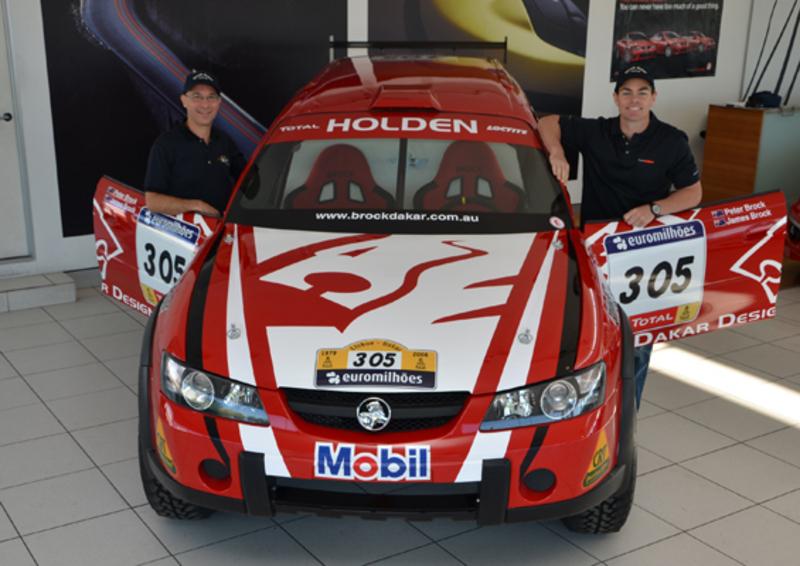 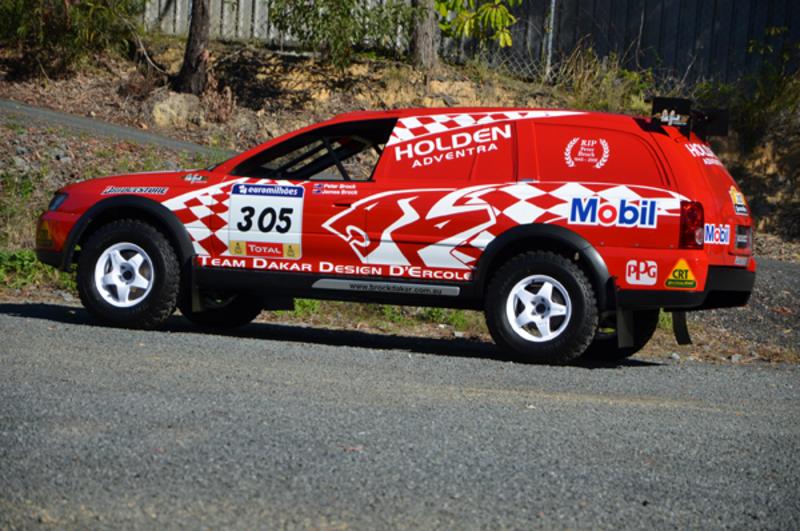 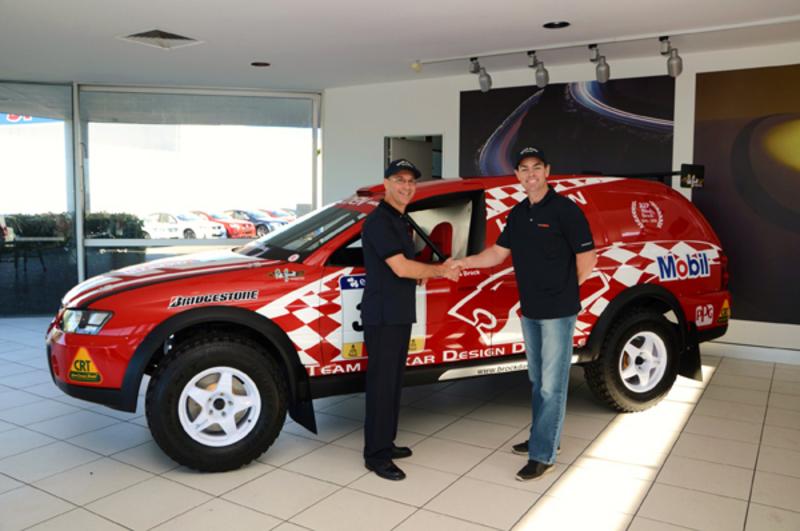