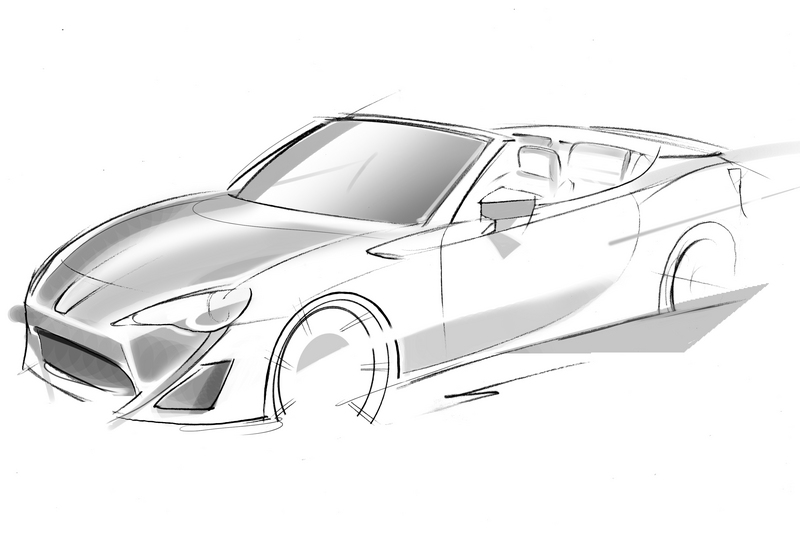 Toyota stresses that the FT-86 Open to be unveiled at the Geneva Motor Show, is only a possible future variant of the multiple award-winning 86 fixed-roof coupe that was released locally in 2012 ...
Given the overwhelming success of Toyota and Subaru's 86/BRZ sports coupe, it's unsurprising that a convertible version is expected to follow. A concept 86 convertible, dubbed the 'FT-86 Open,' is set to be revealed in March.

Toyota stresses that the FT-86 Open to be unveiled at the Geneva Motor Show, is only a possible future variant of the multiple award-winning 86 fixed-roof coupe that was released locally in 2012, and has been created purely to gauge customer reaction to an open-top version.

The FT-86 Open concept comes more than three years after Toyota showed its first concept for a compact-rear-wheel-drive sports car at the 2009 Tokyo motor show.

The original FT-86 Concept (Future Toyota 86) was designed to give the driver greater control with a compact design, light body and low centre of gravity. It promised power and environmental performance from a two-litre boxer engine.

The next car in the series was the FT-86G Sports Concept car, which gained an aggressive styling and performance makeover by Toyota's technical partner GAZOO Racing. It retained the front-engine, rear-drive layout of a classic sports car with power from a specially tuned turbocharged engine.

The third car in the series - the FT-86 II Concept - was debuted at the Geneva motor show in 2011 and was also shown at that year's Australian International Motor Show in Melbourne. Its compact proportions featured a long, low bonnet, high wings and rear-set cabin.

The production 86 went on sale in Australia in June last year to instant acclaim. The world premiere of the concept at Geneva is occurring at the same time as prototype engineering assessments take place, which indicate the 86 convertible concept is more, rather than less likely to become a reality.