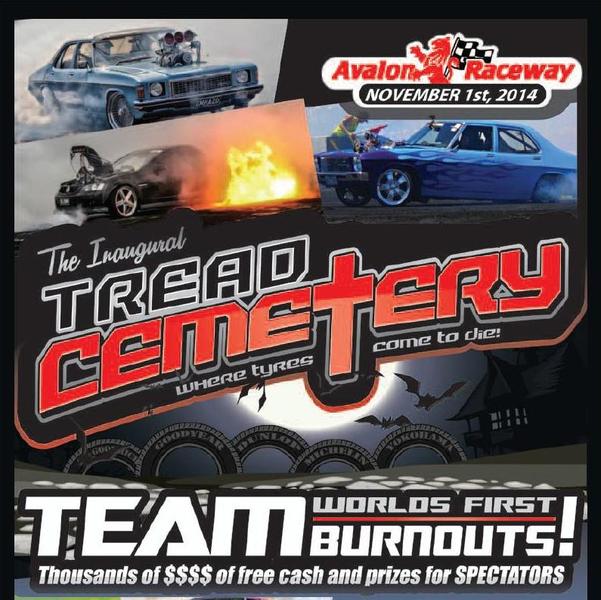 What makes Tread Cemetery different from all other forms of competition is the concept of Team Burnouts. This is a WORLD FIRST that the organisers of Tread Cemetery are debuting at this weekend's event, with plans to expand the concept into an annual national series.

These drivers will be grouped into 20 teams of 5 cars each, with evocative names like 'H8Tread,' 'The Rat Catchers,' 'Tyre Massacre,' 'Team Fryers' and more. These teams will play off against each other, with a knockout, footy-style finals format leading to the '5 vs 5 Grand Final' which will decide the inaugural Tread Cemetery title of 'World Burnout Champion Team'.

There's a bunch of cash and prizes on offer, not just for the entrants, but also for the fans, as there will be much, much more to Tread Cemetery than just the burnouts.

To keep the kids happy, there's also a special Kiddie Corner with a bunch of activities, as well as a bunch of other elements to keep Mum and Dad entertained between skids.

For more details and full schedule, go to: treadcemetery.com