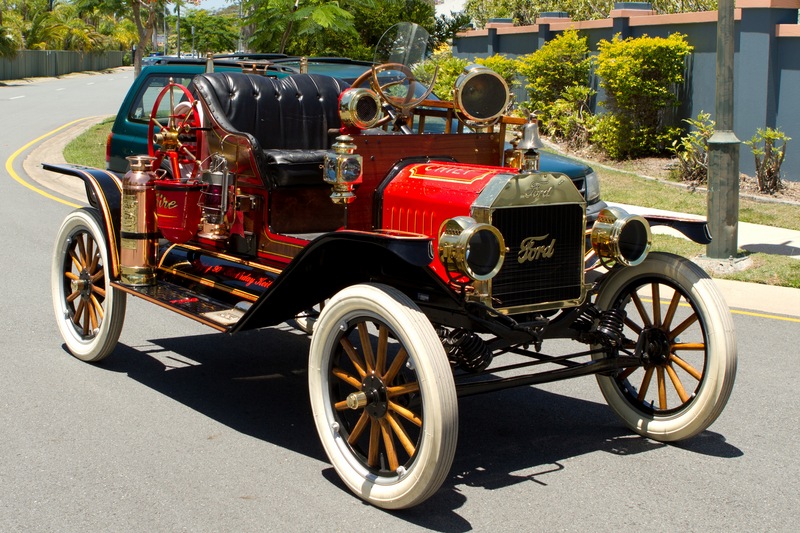 Shannons Classic and Vintage car display at this August's EKKA in Brisbane will feature a striking Ford Model T with a difference.

The 1911 Ford Model T has been restored as a replica of a Fire Chief's Truck, in honour of the New York City firemen who died in the September 11 terrorist attacks on the World Trade Centre.

After being used as a promotional vehicle in the United States, the unique '911 Memorial' fire engine is now owned by a Queensland-based Shannons customer, who has lent it for display at EKKA.

Finished in Torch Red bodywork with black mudguards and hand-applied 23 Karat Italian gold leaf and pinstriping, the chief's truck was built on the chassis of a 1919 Model T Fire Chief's car purchased in Ohio. The car was reconfigured as a 1911 model because authentic parts from that model were more readily available.

The fire fighting equipment is also correct for the vehicle's age, including a restored Sterling hand crank siren, twin copper Badger fire extinguishers and restored Fire King Fire Department Lantern with red globe and brass bracket. The only period-correct item that could not be located was a Copper chemical tank. In its place is a similar five gallon soda tank.

EKKA runs from August 8-17 at the Brisbane Exhibition Ground, Bowen Hills. The Shannons display will be located in the foyer of the new Royal International Convention Building.