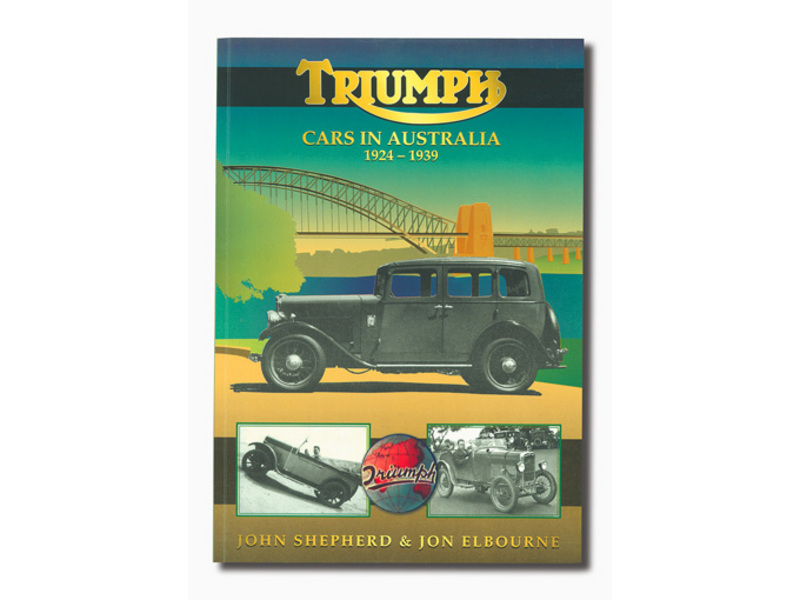 Starting with an introduction to the various models available during the period, Triumph Cars in Australia 1924-1939 goes on to cover British competition results from the period and Australian coachbuilders who bodied Triumph cars. From there, the book goes into state-by-state detail (NSW, VIC, WA, SA & QLD), covering the major dealers/distributors, clubs, club events, races, hillclimbs, reliability trials and other events where Triumphs participated or were featured. In the NSW chapter, Buckle Motors features prominently, as Bill Buckle Snr was not only a dealer, but an enthusiastic racer, competing in trials and setting a light car record for the Sydney-Melbourne run in 1930.

Charles Kingsford-Smith's Triumph connection is also featured. The known fate of several of these vehicles post-WWII is covered, as well as those that have been restored today. Abundantly illustrated with black & white photos (and some colour pics of restored Triumphs) and period advertising, Triumph Cars also features extensive appendices on ID numbers, release dates, competition results and other items of interest. An impressive effort, this one should be on the bookshelves of all Triumph enthusiasts.