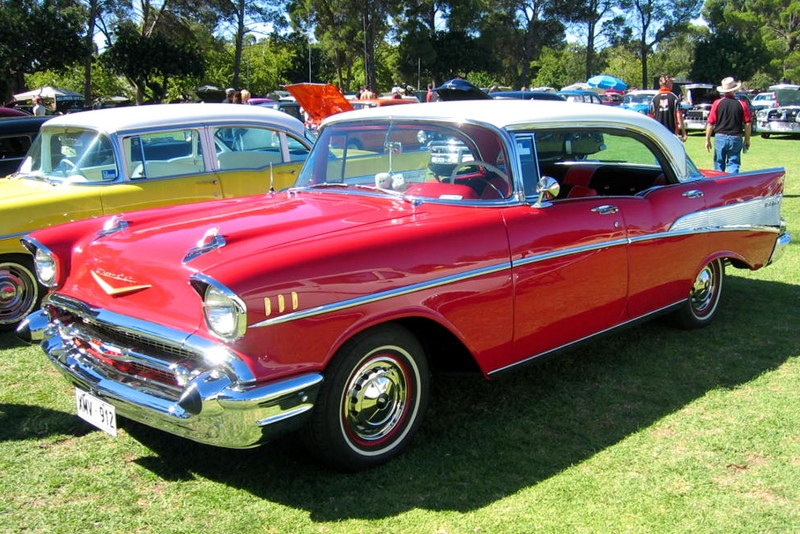 57 Chev resto on show
A '57 Chevy is always worth a second look. In the case of Troy Scott's Bel Air 4-door hardtop, a third and fourth look is necessary!

The finished item you see presented here is a long, long way from the car Troy and his father Wayne originally purchased. Interestingly, a '57 wasn't at the top of the list when the father and son team first started looking for a classic, either.

"We looked at a variety of American muscle cars," Troy explained of their initial search back in 2002. "We considered the Plymouth Fury from Christine and Dodge Challenger, as well as the '57 Chev.

"I had my heart set on a '57 2 door, mainly for the clean lines and pillarless roof. It was only when we saw an ad online that the 4 door pillarless was considered."

The car Wayne and Troy ended up buying originally came from Texas, so you'd think it would be in good condition bodywise. It looked reasonable in the photos, but upon delivery from the Victorian vendor, proved to be anything but!

"To say it was appalling was an understatement," Troy said. "My sister remarked it looked like it had been pulled out of a dam!"

The original colour - Sierra Gold - didn't help, making the whole body look like it was rusted. Troy guessed that the previous owner had dismantled a few things, noticed how much work was needed and decide to abandon it.

Not being skilled restorers themselves, Troy and Wayne chose Marque Restoration and Motor Repair in Kilkenny, SA, for the big job of bringing the Bel Air back to life, but Troy did some of the prep work himself.

"I started to strip the car ready for the body shop," Troy explained. "We found dried snake skins and mouse nests, so obviously it had been lying around for quite some time!"

The floors proved to the worst sections for rust, but mediablasting revealed additional tinworm around the windows and under the stainless trim. On multi-layered sections, such as the rear pillars, Marque Restoration replaced all the metal, not just the top layer. They offer a 10 year warranty against rust on sections repaired this way, which suited Troy's plans of long-term ownership. Marque also straightened the body and chassis where required, knocking out the dents and scrapes accumulated over almost five decades of use and misuse.

Troy had decided on a back-to-stock resto, with a few minor deviations.

"We had always wanted a red or black car," Troy explained. "Considering that we were doing a full nut and bolt resto, we decided to go with a colour change to red - the red that adorns the car is a Ferrari red."

Paint change and complementary interior trim aside (done by Alan Smith Vehicle Trimming in Kilkenny), the car was restored to factory specification. So, being factory-spec and one of the most popular classics of all time, you'd think parts would be easy to find, but Troy found that he and Wayne's decision to go with the less-popular 4-door pillarless bodystyle meant some parts were harder to track down.

"I purchased everything needed from Danchuk: a fairly significant list and at a massive cost," Troy said. However, not everything could be sourced from the US specialist. "The biggest problem was the rear top quarter panel garnish, which was missing the attachment to fit it to the car."

The correct garnish parts had actually been produced by Danchuk, but incredibly, were out of stock for the entire four year period the car was being restored! Another drain on the wallet was the glass, as all sections bar the rear 'screen had to be remade. Some window parts also had to be made from scratch.

Troy was adamant that the Chev survive another fifty years, so great attention was paid to detail. Even unseen parts like the door mechanisms were regalvanised to ensure longer life.

"All components of the car were either renewed or reconditioned. Nothing on the car was put back before being checked or replaced," Troy explained.

That passion for perfection had to be tempered, however, with getting the project done, as Wayne was critically ill. While Marque Restoration had completed the bodywork and paint, all the chrome & stainless was sent to A Class Metal Finishers P/L in Lonsdale, with the engine and transmission going to Blackmore Automotive and DRW Automatics respectively (both located in Lonsdale) for reconditioning. Regrettably, the desire to have the car completed for Wayne to enjoy didn't quite eventuate.

"Unfortunately, we didn't make it by about three months," Troy said. "The majority of the work was done; it was just the task of putting it back together that took time. But he did see it painted and the interior completed, along with the engine."

A serious kick in the guts came on the day of Wayne's funeral, when thieves broke into Troy's shed and stole the car's original hubcaps. Tracking down a replacement set added another month to the project.

In late 2006, four years after Troy's "dam car" first arrived, the Bel Air was complete. While Wayne missed seeing the final article, some reward came when Shannons agreed the car's value was significantly more than a standard '57 Chev, based on the quality of the resto and attention to detail that Troy had insisted on.

Since completion, the Bel Air has gained praise wherever it goes, from the inspection centre where it received its roadworthy, to random punters on the street. Troy's confidence that his '57 Bel Air pillarless 4-door is amongst the best in the country has been verified by a number of concours wins, including first place at Adelaide's Super Chevy Sunday and multiple GM Day trophies.

"It will be enjoyed for many years to come," Troy said. "And I know dad would have been proud of the end result."

Our thanks to Troy for information and images used in this article. 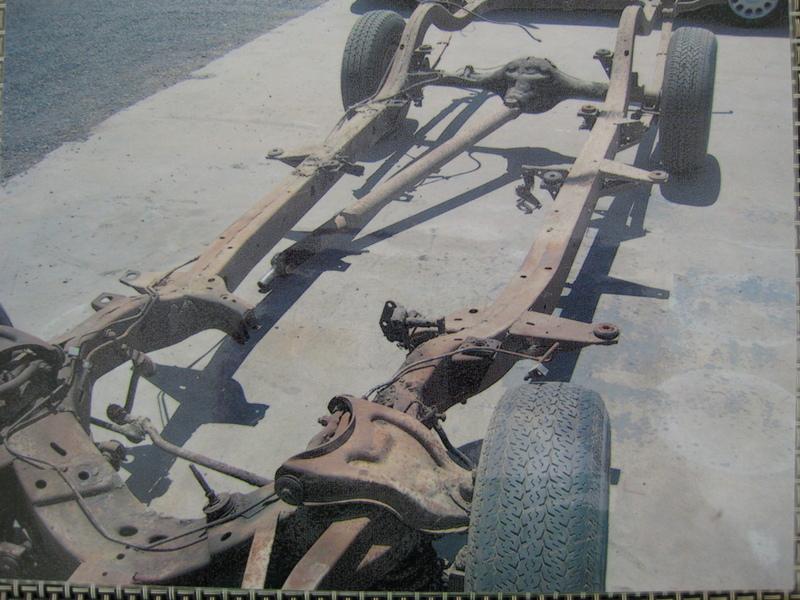 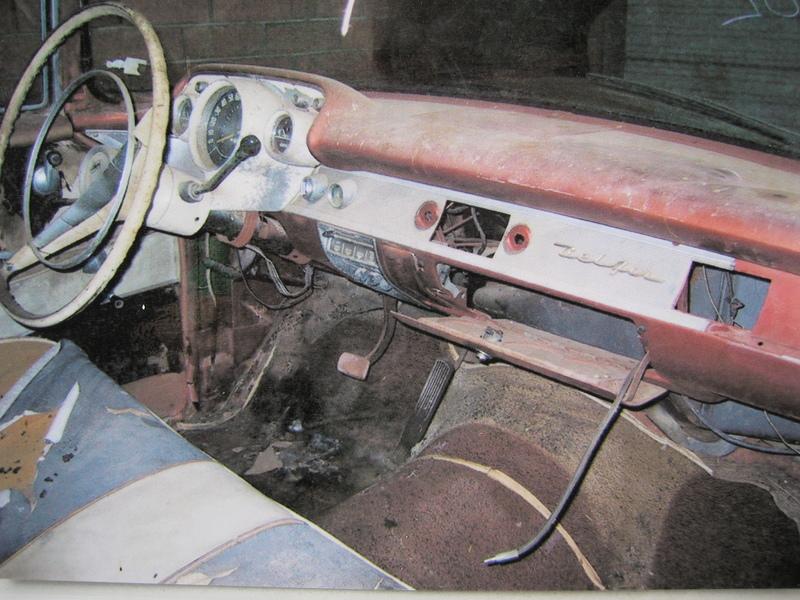 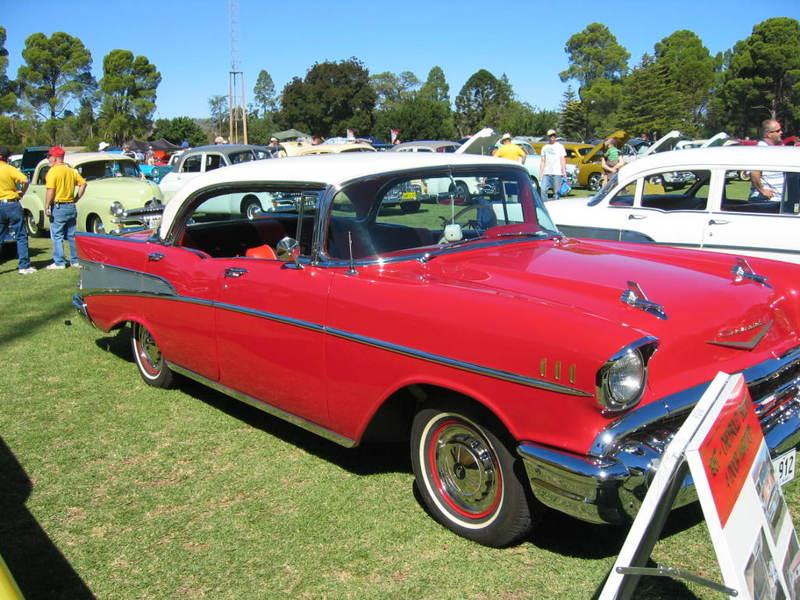 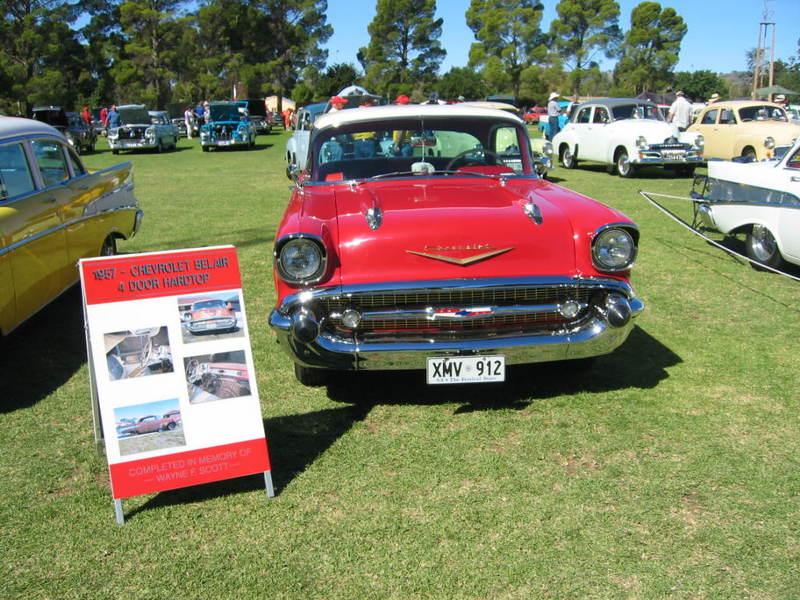 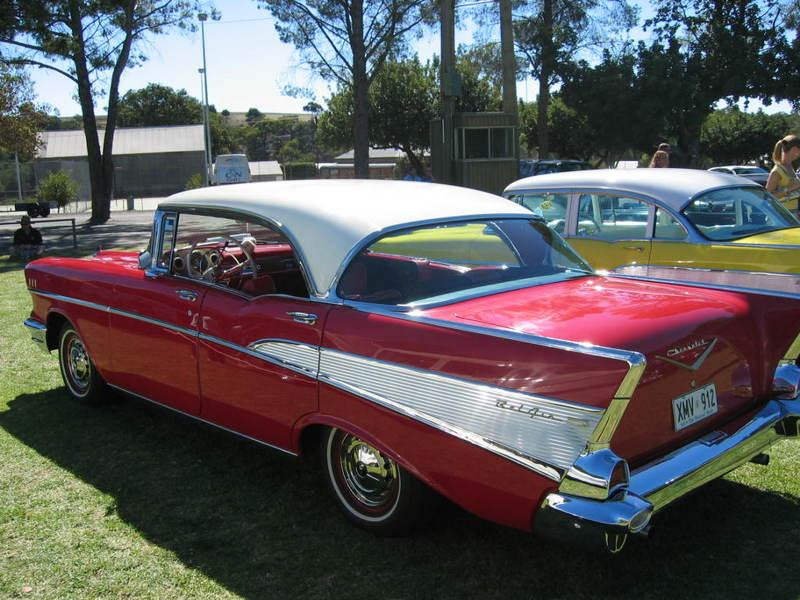 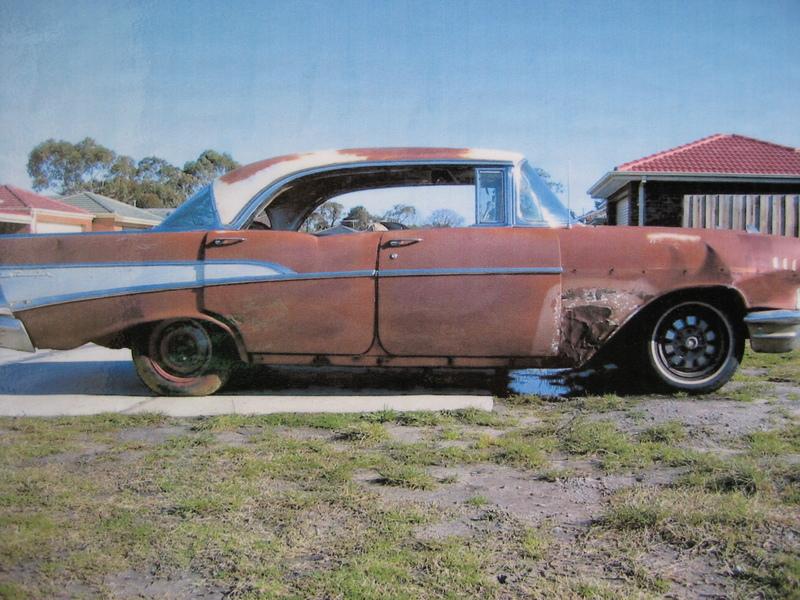 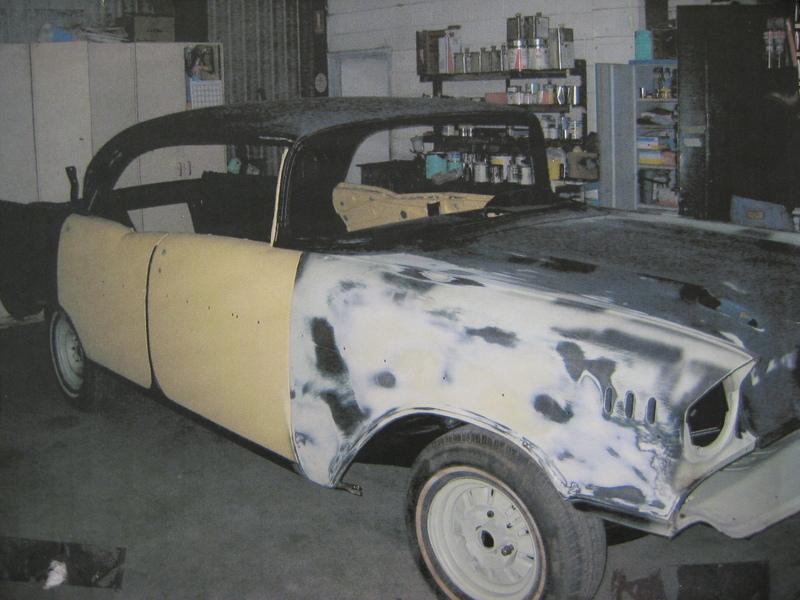 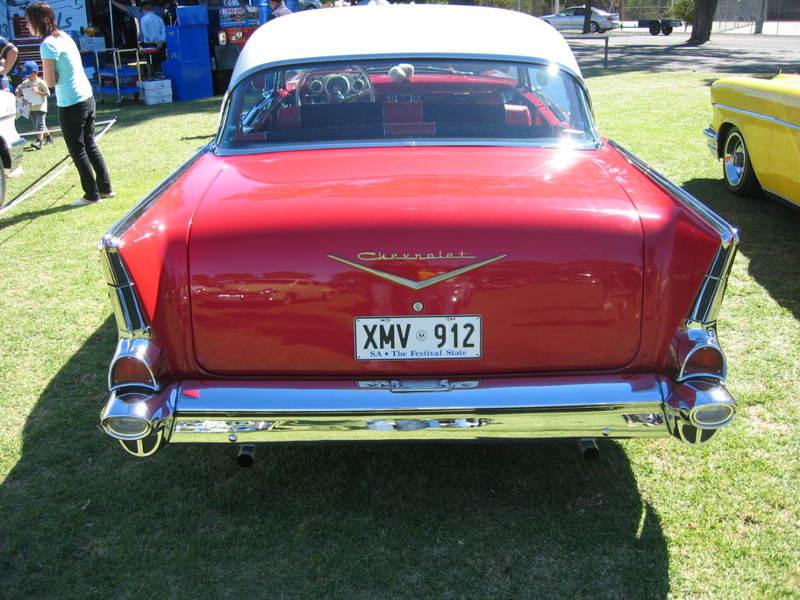 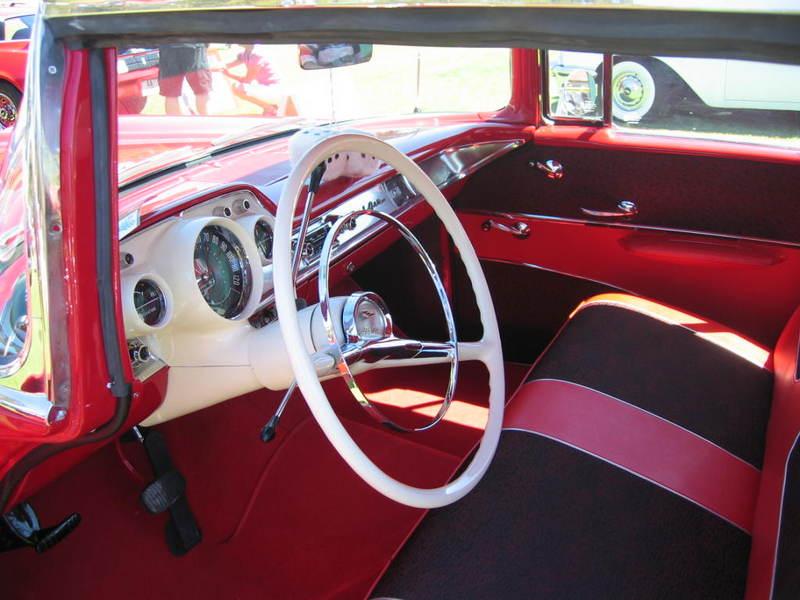 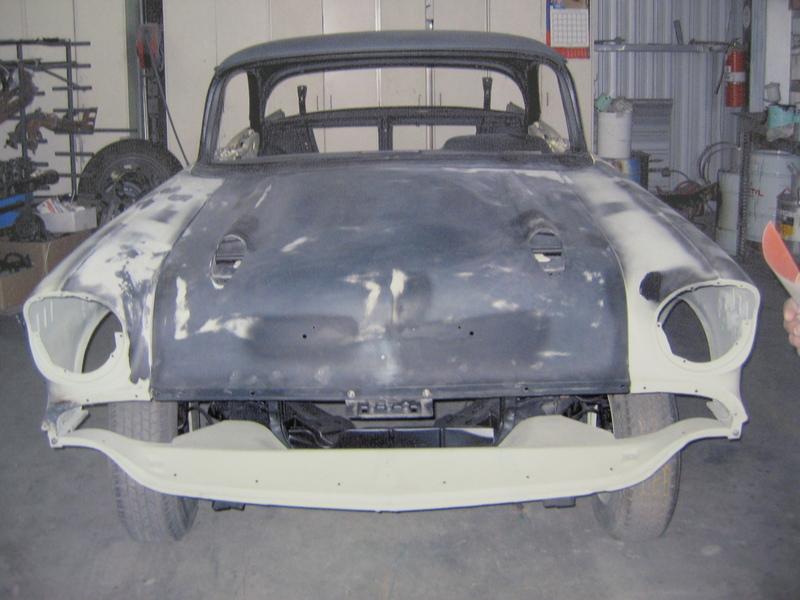 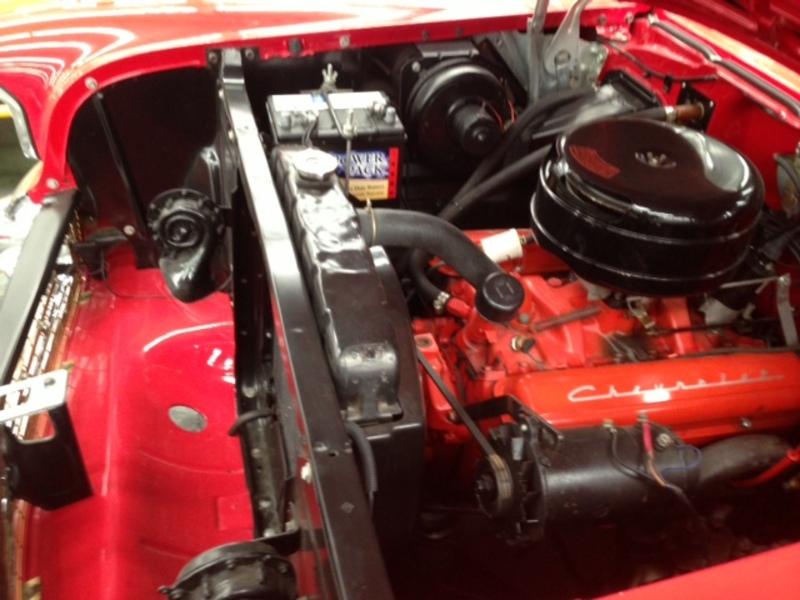 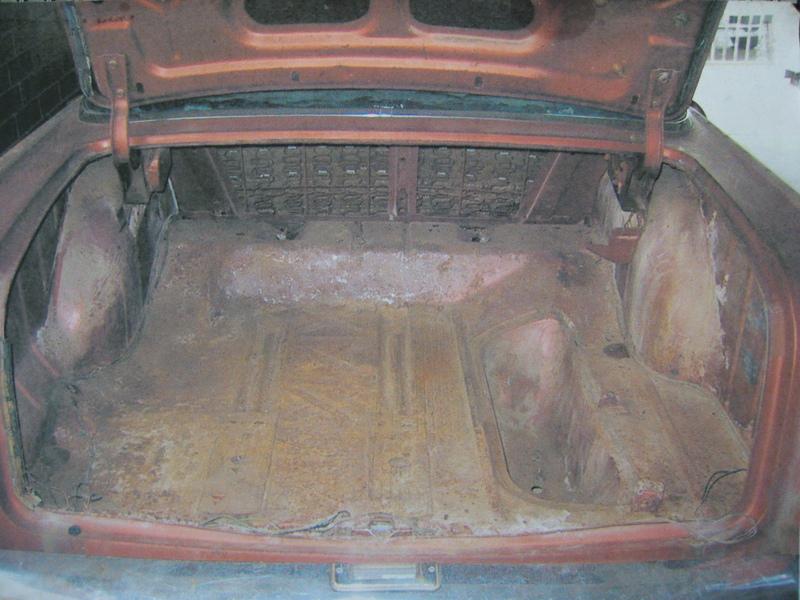 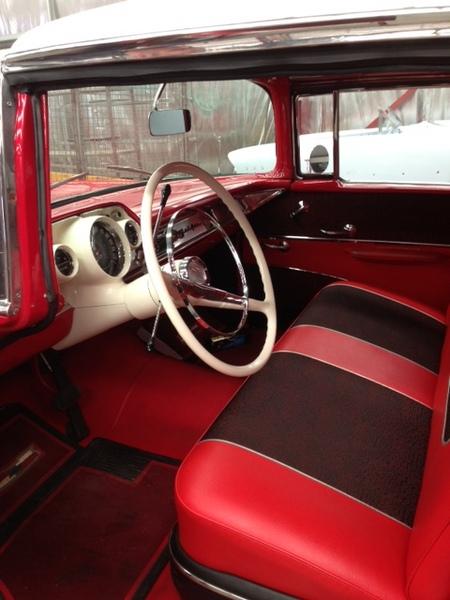 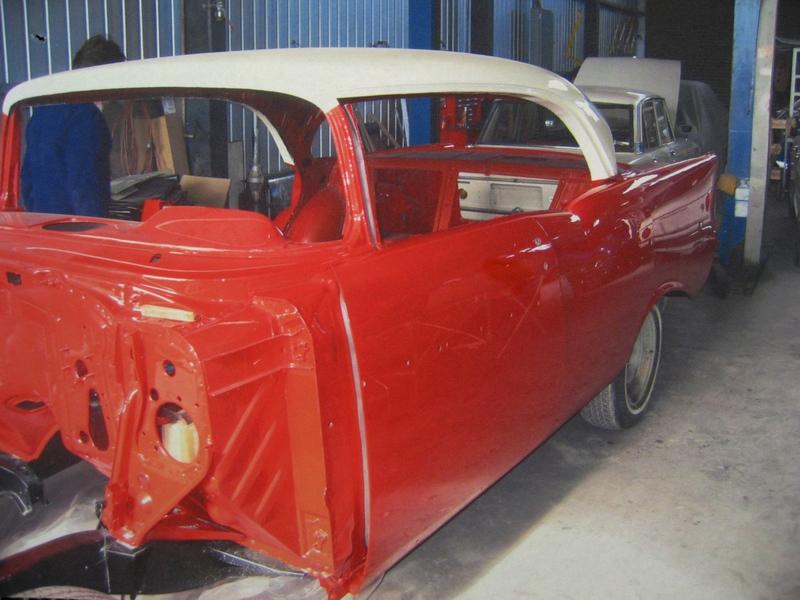 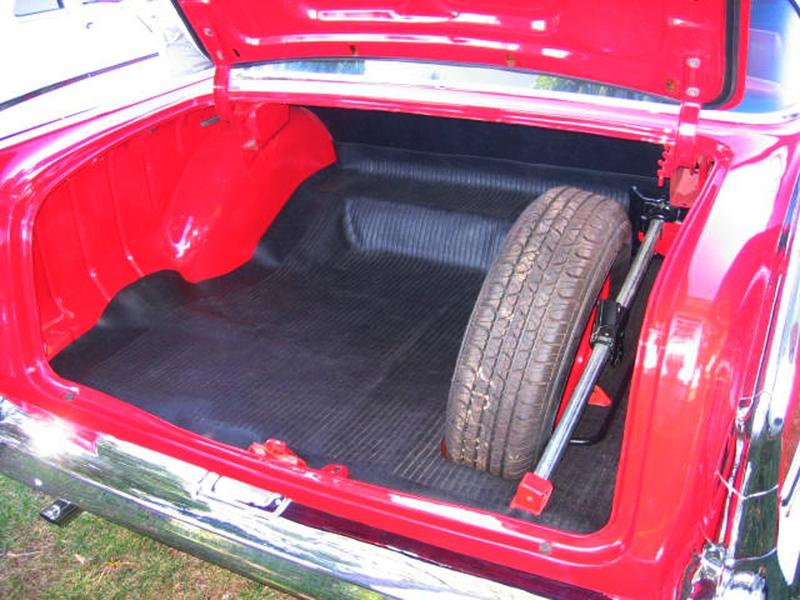 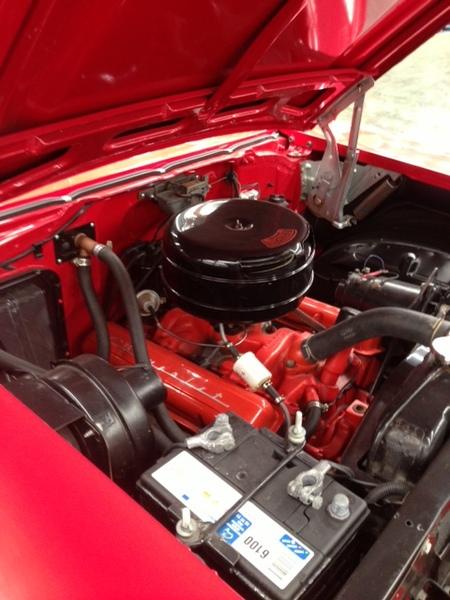 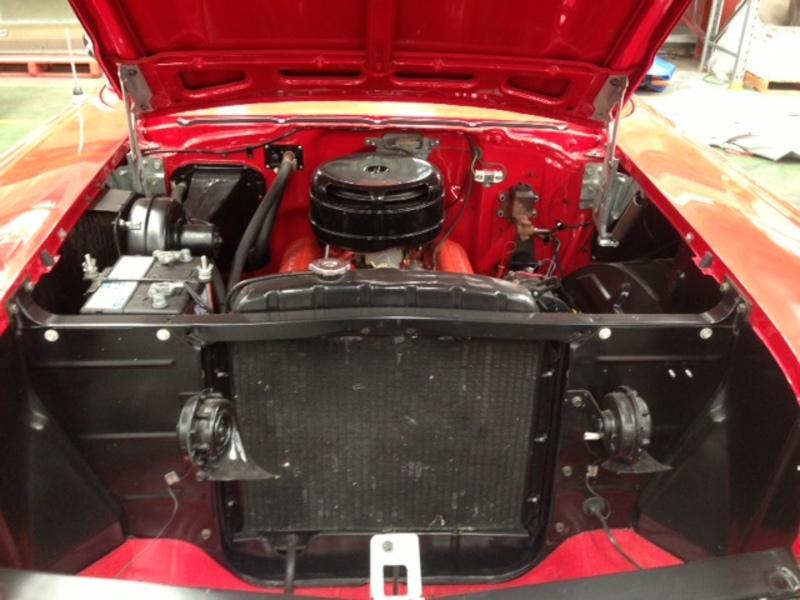 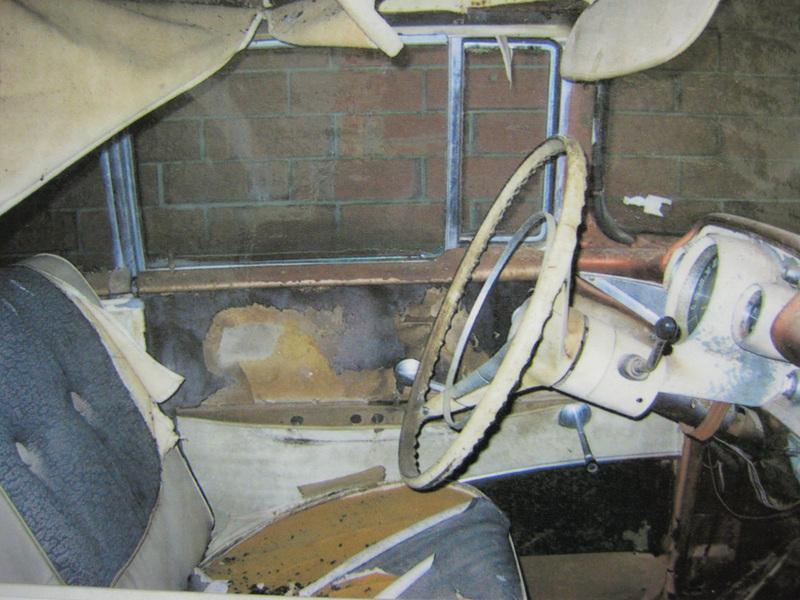 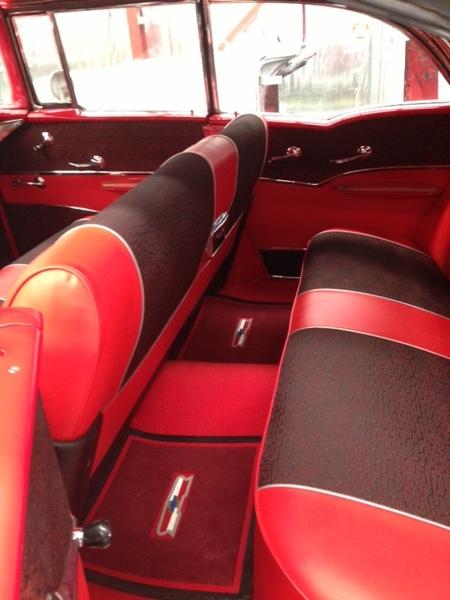 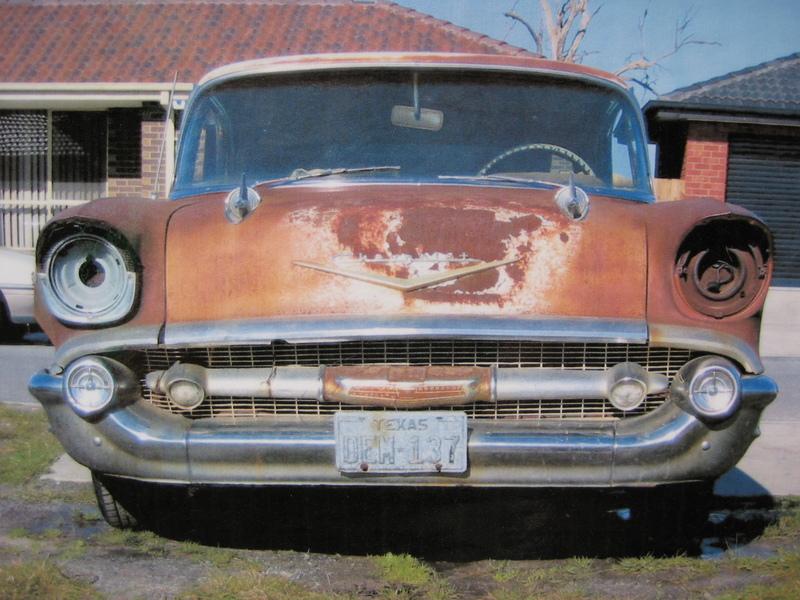 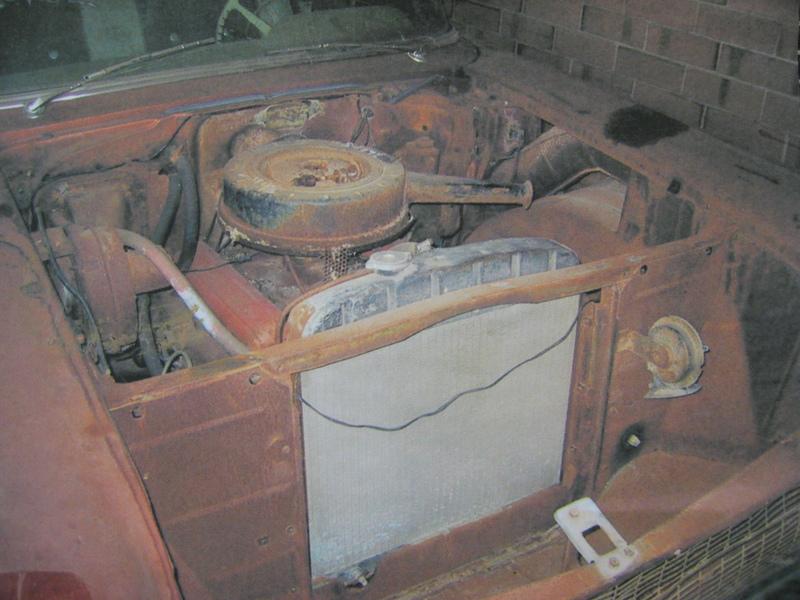 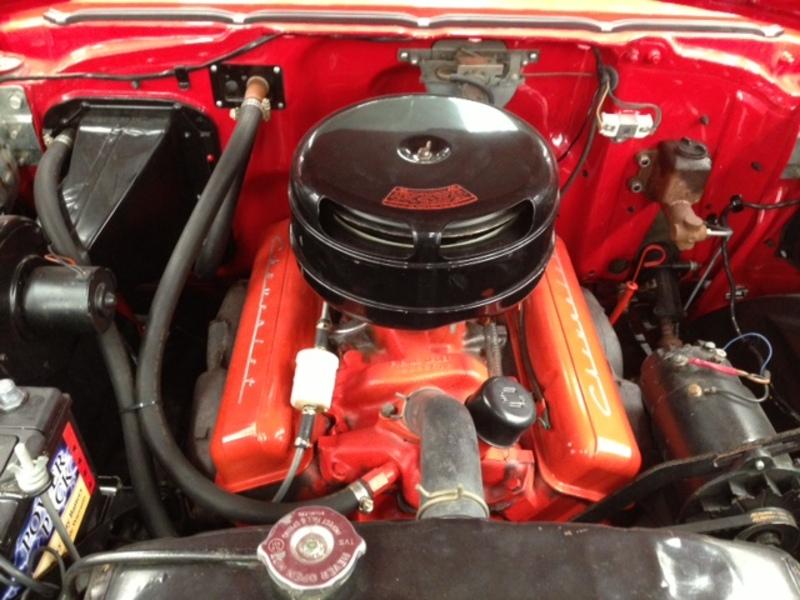 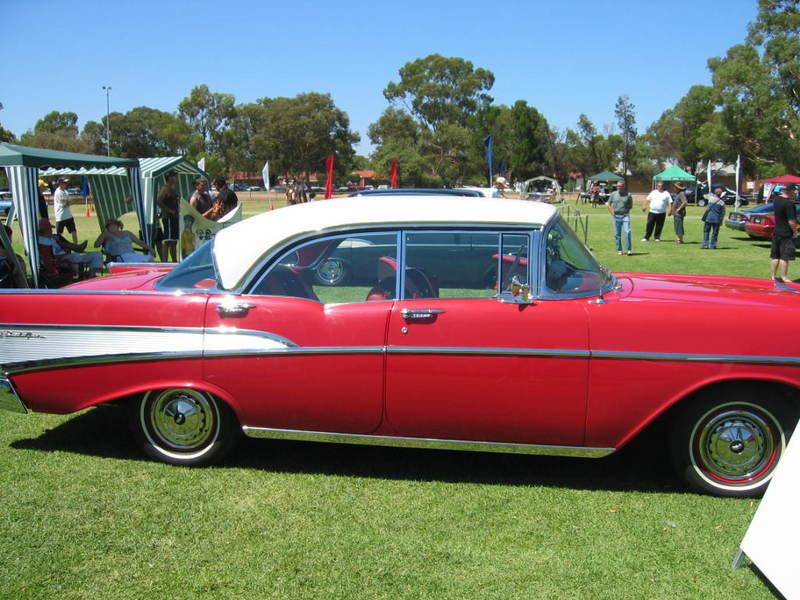