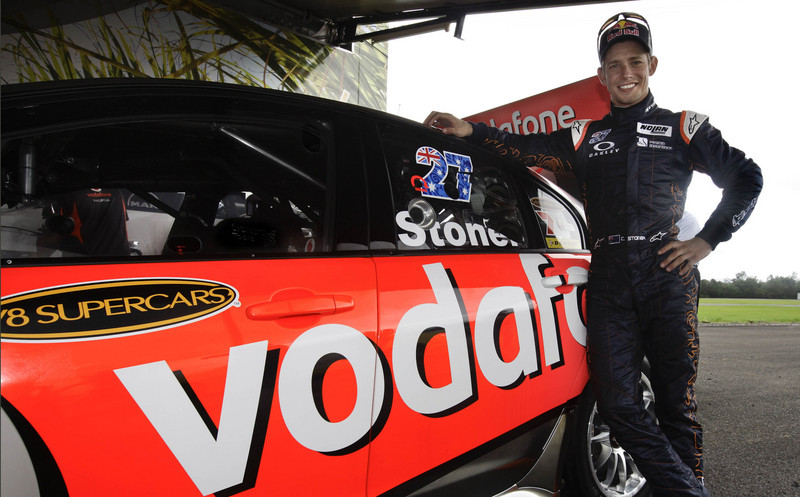 Guided by five-time Bathurst winner Lowndes and his recently crowned V8 Supercar Champion teammate, Jamie Whincup, Stoner completed 90 laps in the TeamVodafone V8 Supercar ...
After joining Team Vodafone in the pits for the recent V8 Supercar season finale, Casey Stoner turned his interest in four wheels into something more tangible by taking Craig Lowndes's Holden V8 Supercar for a spin in Queensland. According to Lowndes, the current MotoGP champ could be a contender on four wheels, too.

Stoner apparently came to grips with the V8 Supercar over the course of the day and impressed the two Team Vodafone drivers with his ability on four wheels.

"Casey did a great job today," Whincup said. "While it was fun for him I know he wanted to do a good job and he certainly impressed everyone here.
"It is crazy to hear and talk about the differences between going fast on two wheels to four wheels. Simple things like how you control the clutch is so much different in his world compared to our world. It is a good learning experience and it is good to have that knowledge from both sides.
"I think for sure Casey has something to offer V8's. I am not sure how close that is for him, hopefully he goes on and does awesome stuff for us Aussies in Moto GP and on two wheels for a bit longer. Life after two wheels for most of those guys is car racing and I am sure his eyes are set on V8 Supercars because it is one of the strongest categories in the world.

Craig Lowndes was equally impressed with Stoner's performance in his car - and probably glad he didn't bend it, too!

"It is fantastic to have someone of Casey's calibre in one of our cars. To see what he does on TV on two wheels and then see what he can actually do on four wheels is a real treat.
"He has really gotten to grips with the technical side of the track here. Getting through the kerbs and across the fast section around the back took some getting used to. The technical side, low speed stuff he was right up to speed on straight away.
"He did a really good job and is the ultimate professional it was an amazing experience to work with him. He actually knows more about us than what we do, it is quite incredible. Casey travels the world with MotoGP, but keeps a really keen eye on what we do.
"It has been nice to have the time to pick his brain and talk bout how he copes with the pressure at the level he is at."

After spending time with team Vodafone in the pits at Bathurst and Sydney, the track session at Norwell was Stoner's first time actually driving a V8 Supercar.

"(It's) something I have wanted to do since I was quite young actually and the opportunity to finally get in one and have a go is something pretty special to me. I am enjoying it.
"I didn't expect to be in Craig's actual race car. To be behind the wheel of something that won a race a few weeks ago is very special and I appreciate it."
Stoner found the track just as challenging as the car.
"In it's own ways, the track feels narrower, especially going into the left hand corners. With these cars you can use actually quite a lot of the track so that can feel a little similar to being on the bike.
"With everything I am learning to day, I have to forget everything I know about bikes and change to learn to drive these, and it is the same thing going from cars to bikes.
"I am surprised at how well they absorb the kerbs, they are still going to be a stiff race machine but they do absorb the bumps pretty well and of course the power is still there.
"We have to deal with a fair bit of power myself. The hardest thing I have had to do is change whatever I know about braking and changing through gears. I am having to rethink it again."

After a hectic 2011, the coming year for Stoner will be just as busy, defending his MotoGP title and the arrival of his first child with wife Adriana in February. 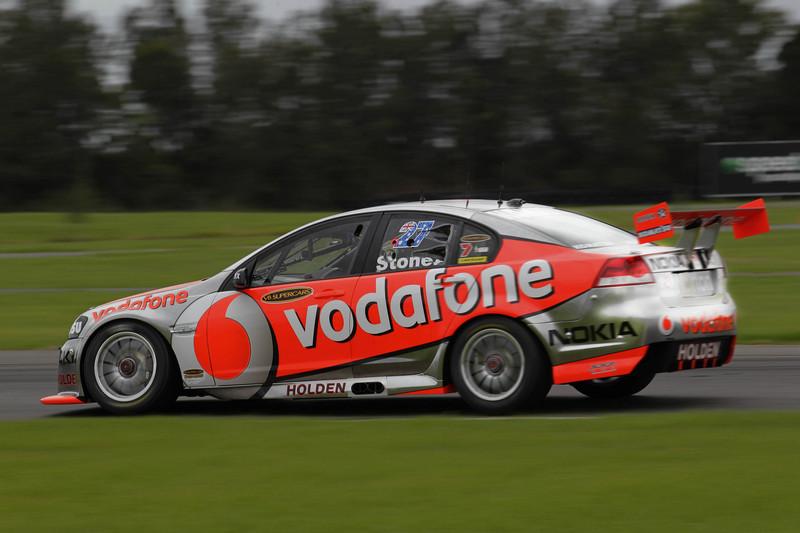 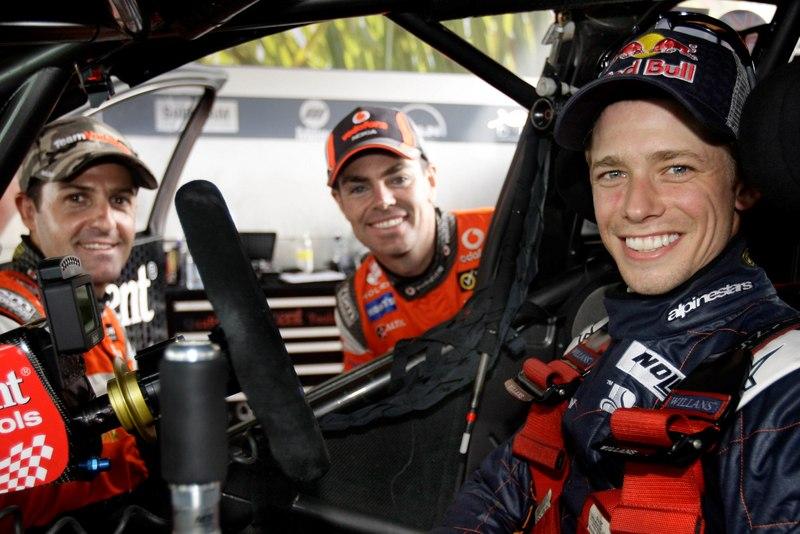 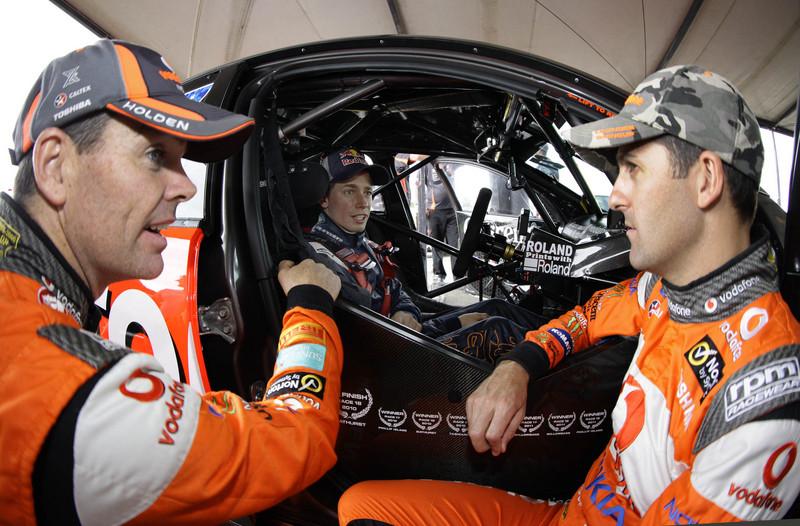