The Aston Martin is part of the firm’s plans to “further the legacies of the most beautiful cars in history through restoration, re-engineering and electrification”. 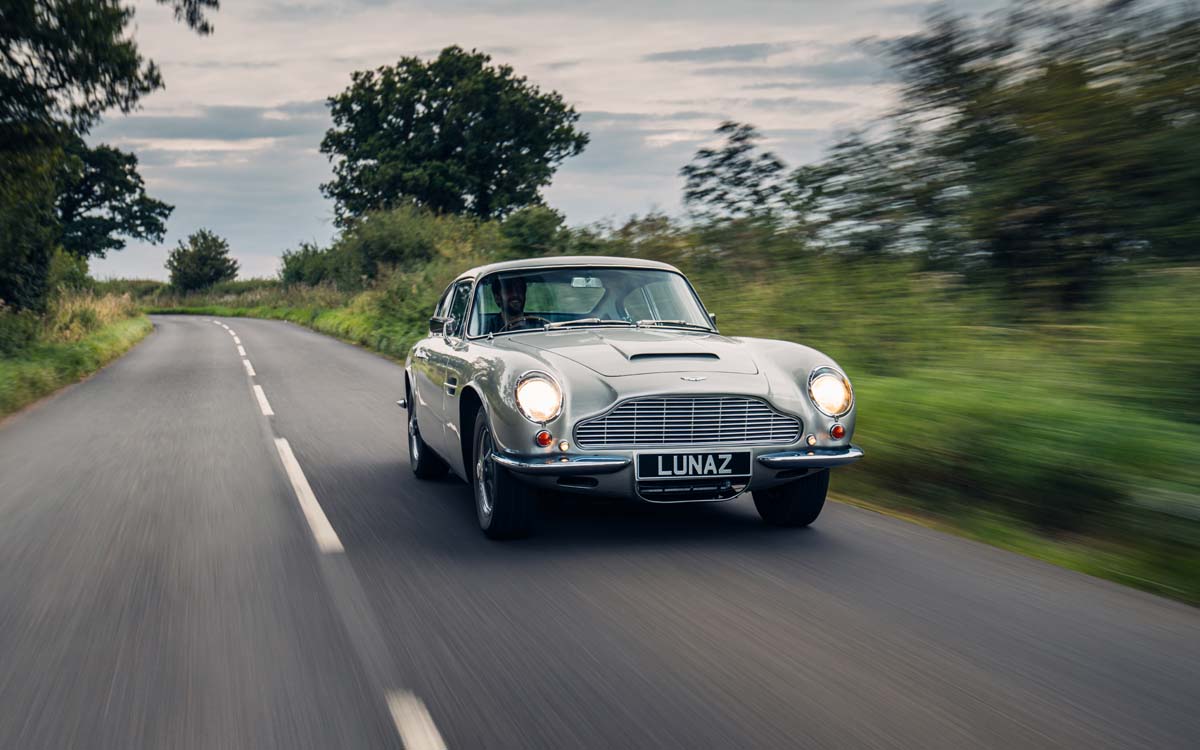 “The rapid growth of Lunaz reflects the growing role that remanufacturing and electrification plays in plotting a sustainable course to a clean-air powertrain future,” said David Lorenz, Founder and CEO, Lunaz Group. 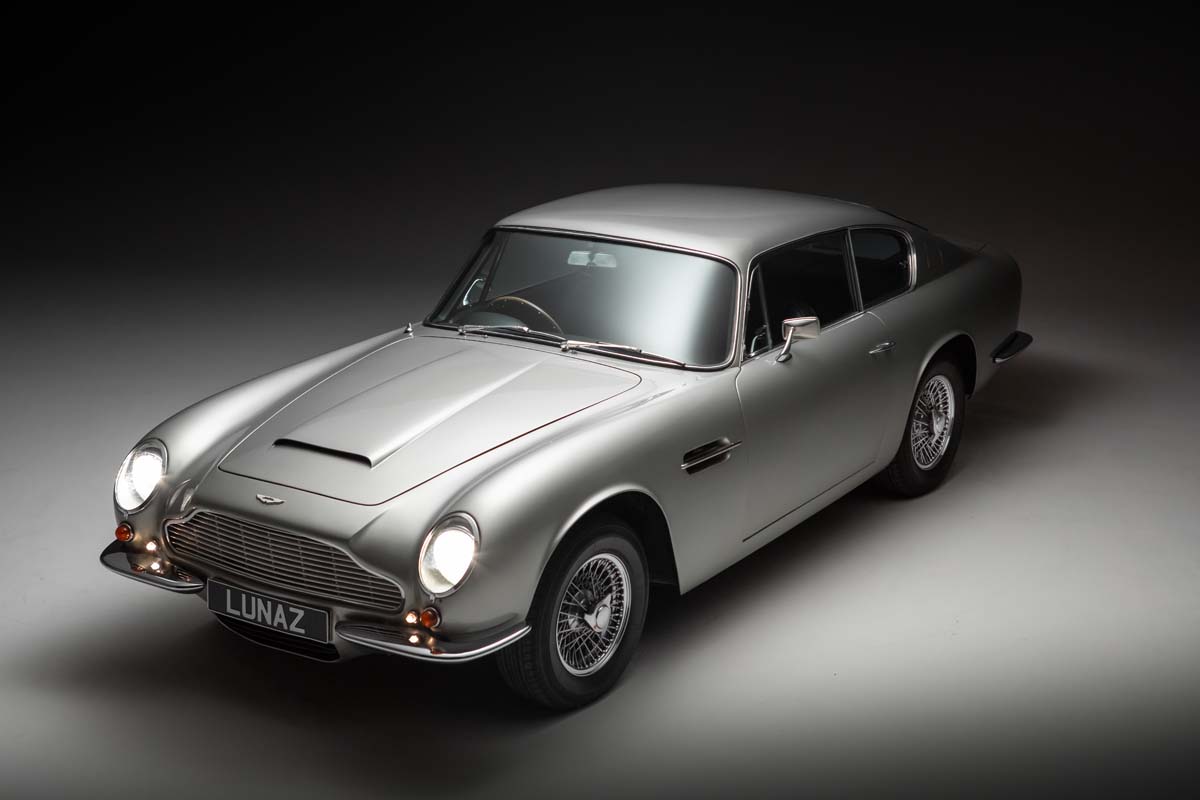 “By furthering the legacies of these beautiful Aston Martins we create many more highly skilled jobs and expand our clean-technology production presence at our home in Silverstone.” 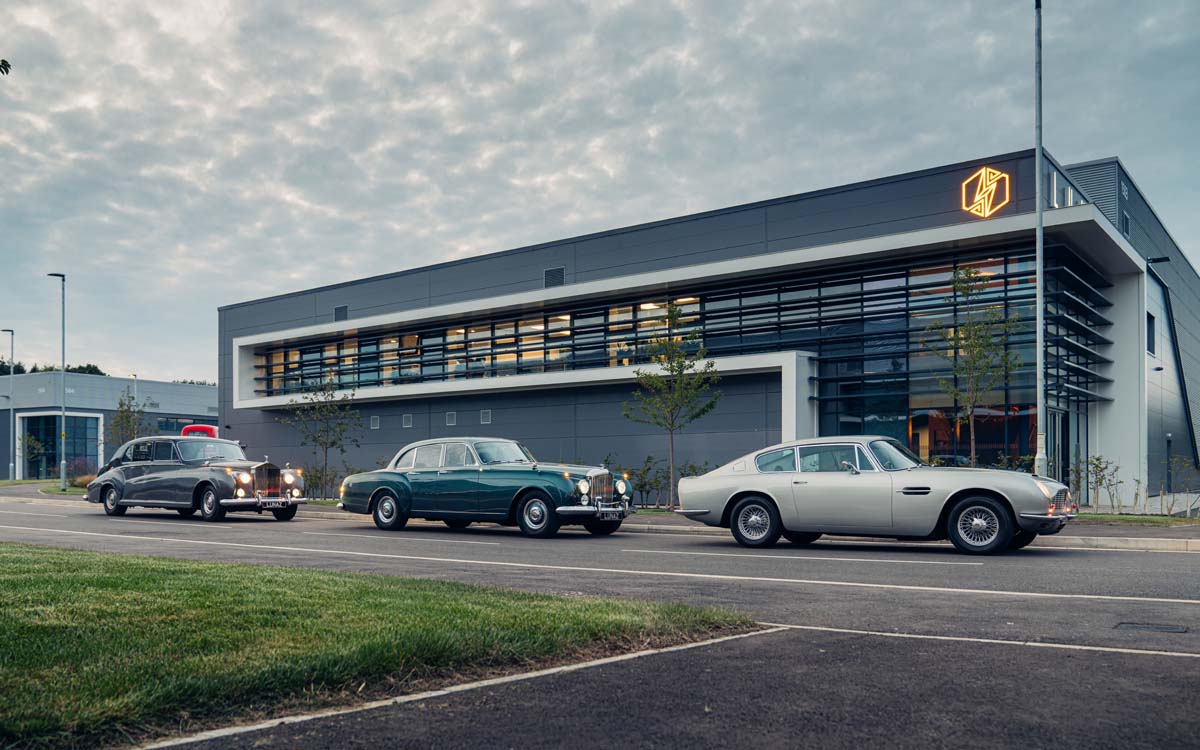 Part of the Family

The Aston Martin EV completes what Lunaz Design calls a family of the most celebrated cars in British history. Other members of that family that have already received the EV treatment include Rolls-Royce, Range Rover, Jaguar and Bentley classics. 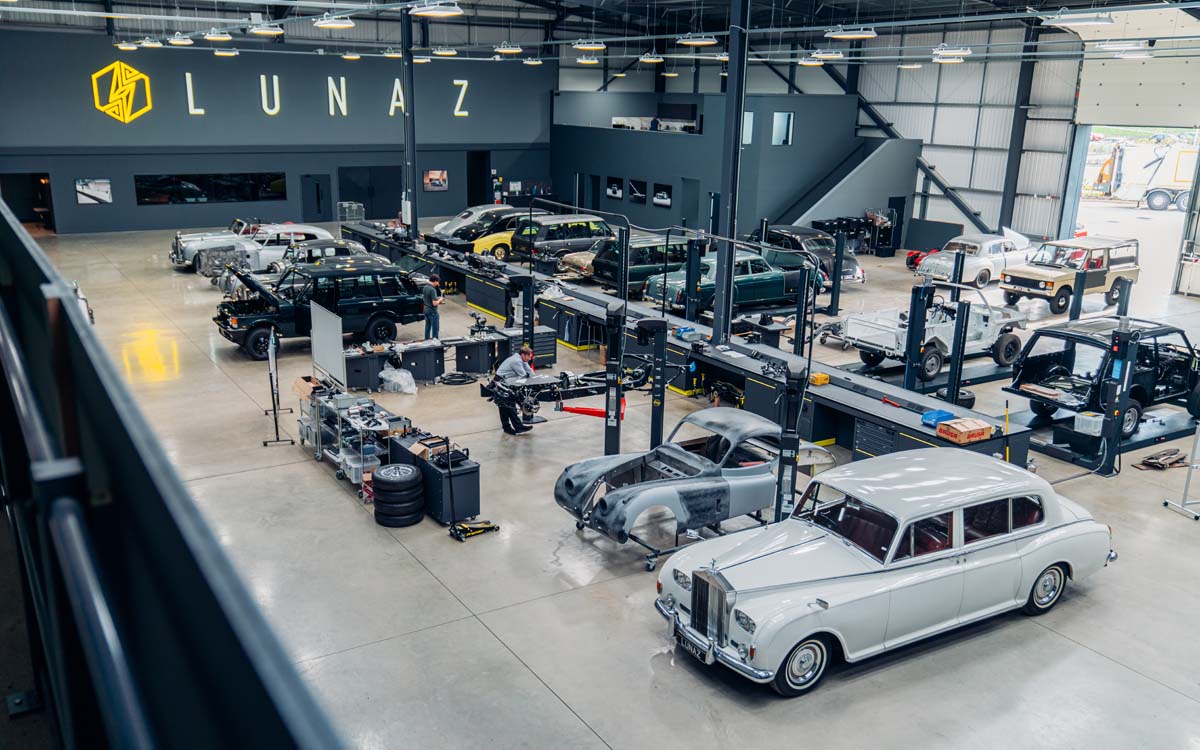 The DB6 unveiled at Lunaz Group headquarters in Silverstone is the first in a limited-edition run of restored, re-engineered and electrified DB6 cars. While there are no immediate plans to broaden the programme to similar models from Aston Martin, Lunaz Design say they will accept commissions to convert DB4 and DB5 cars to electric power. 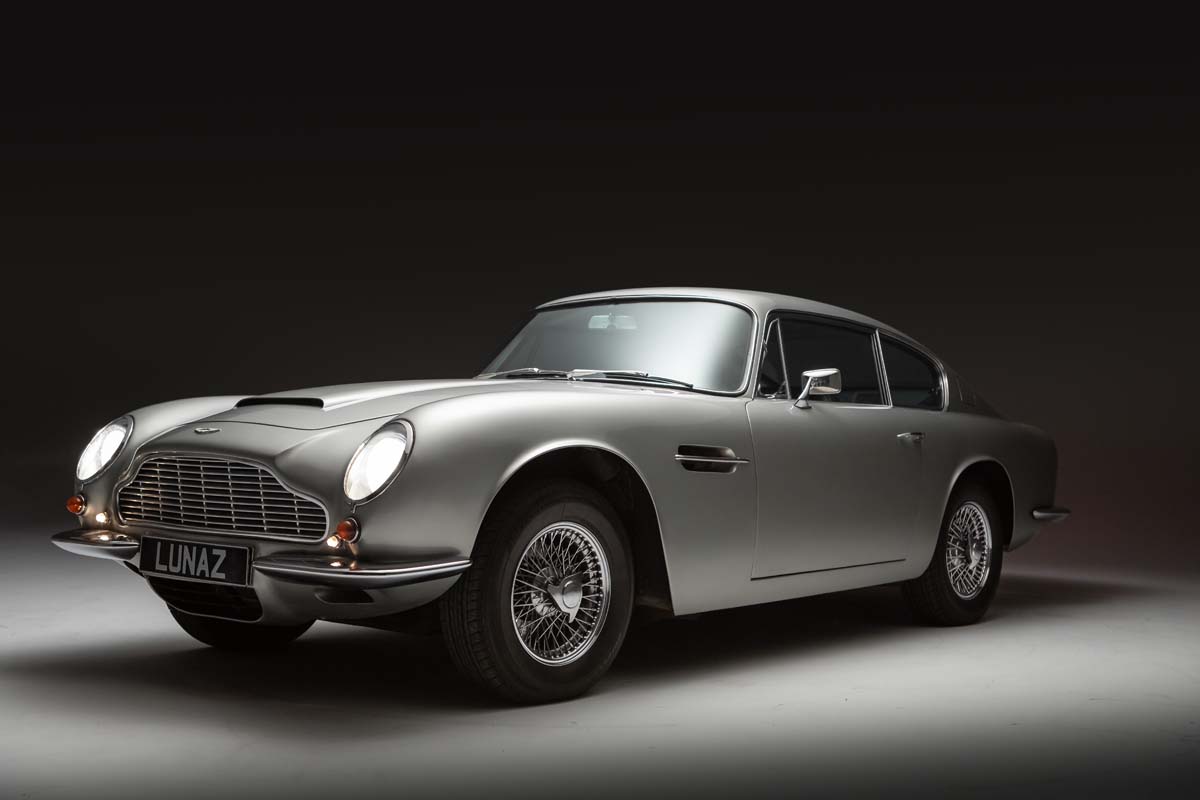 Choosing to electrify a DB6 over the more iconic DB5 seems an odd decision, but according to Lorenz, that’s what customers wanted.

“The introduction of electric Aston Martin DB6 cars has been driven by sustained demand from our existing clients. It also reflects the desires of an entirely new classic car buyer,” Lorenz said.

“These women and men have been drawn to Lunaz because for the first time they are presented with the powertrain and modern conveniences of today, clothed in a design that speaks of an era when aesthetic purity was the only requirement.” 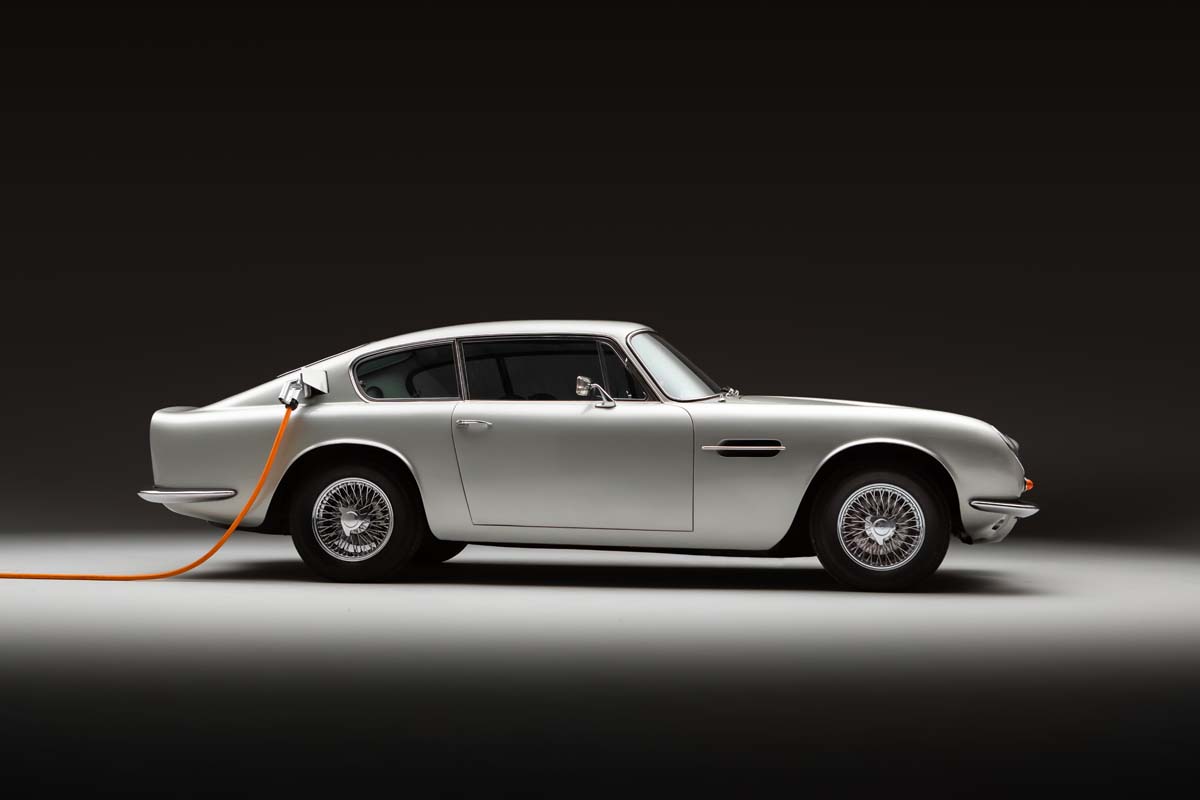 Before the EV conversion is undertaken, Lunaz Design subject the DB6 to a full, bare-metal restoration to concours standard, followed by a re-engineering process that’s undertaken by a team including premium automotive engineers, restoration specialists and former Formula 1 team technicians.

The re-engineering includes upgrading the suspension, steering and brakes, while mod cons like air conditioning, WiFi connectivity and satnav systems that were optional or didn't exist when the car was new are fitted, too, but these will be incorporated with “profound sensitivity” to the vehicle’s heritage. 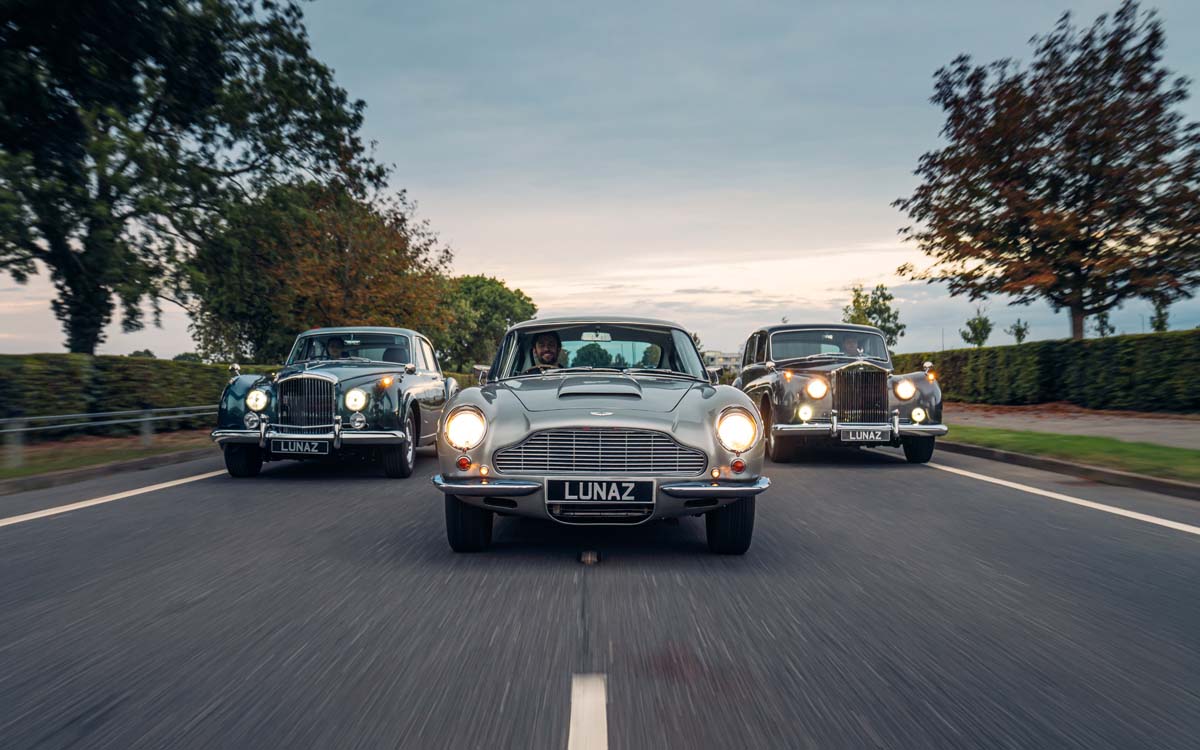 While specifics on outputs for the DB6 EV have not been revealed, the same electric motor and 80-120kWh battery pack has produced 375hp and 516lb/ft (279kW and 700Nm) in Lunaz’s Rolls-Royce conversion. Compared to the 4.0-litre six-cylinder engine the DB6 was originally offered with, producing up to 325hp and 295lb/ft (242kW and 400Nm) in Vantage spec, the EV version delivers significant upgrades in both areas, hence the need to re-engineer the suspension, steering and especially the brakes. 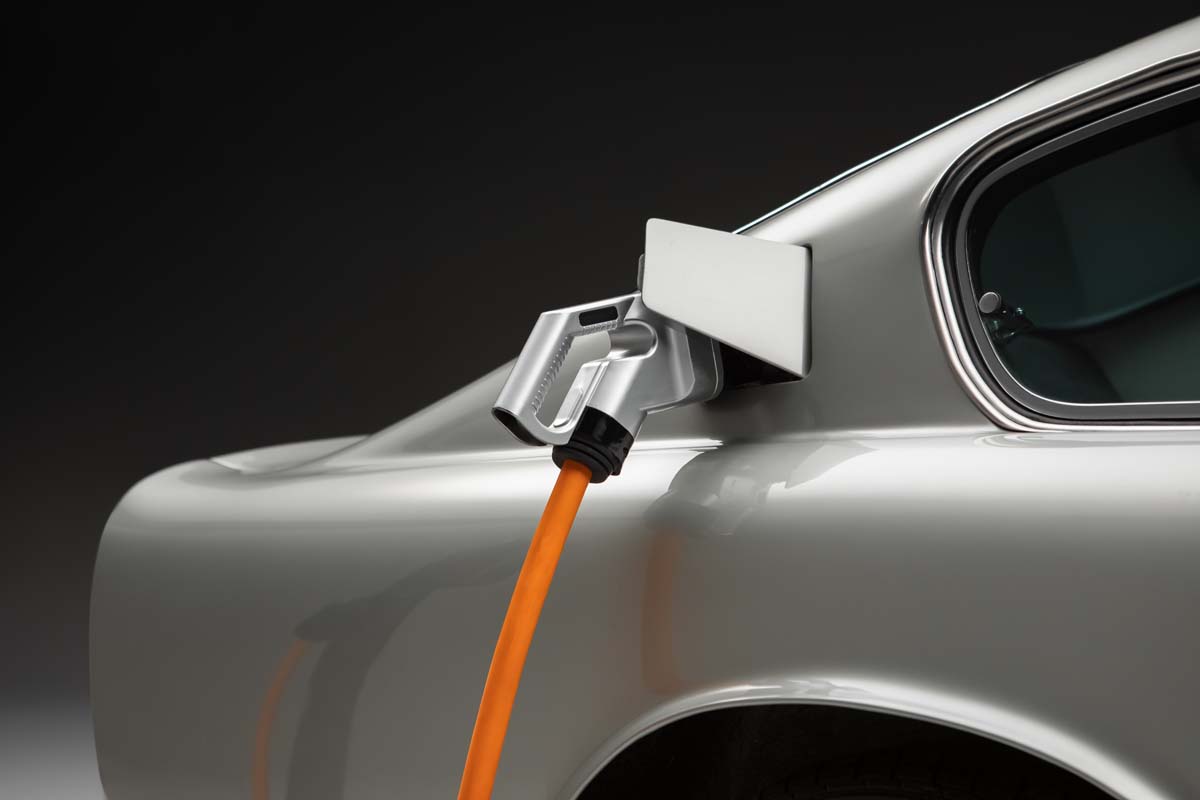 Range is listed at 255 miles (410km) from a full charge and, like previous Lunaz Design conversions, the electric Aston Martins will feature CCS fast-charging capability.

The end result is what Lunaz Design call “the ultimate driver’s Aston Martin”. 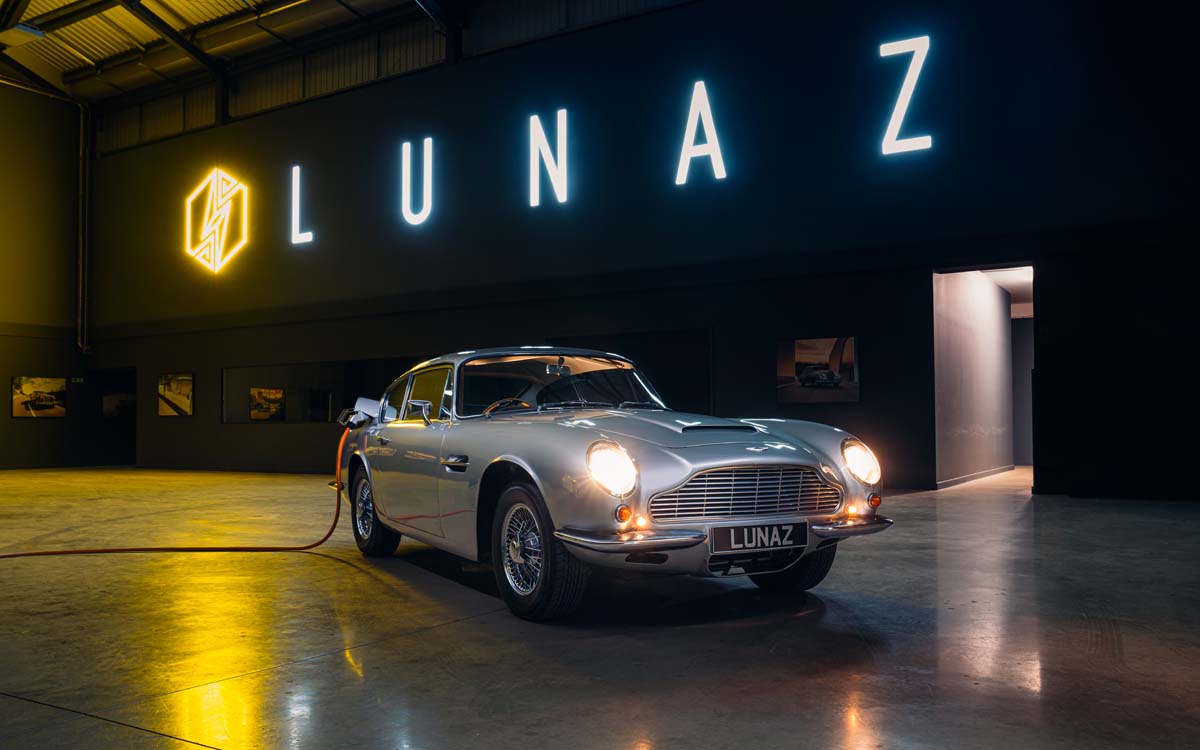 Lunaz Design opened the order books for their re-engineered and EV-converted Aston Martin DB6 in October. While pricing is only available on application and will depend on the level of personalisation requested by the customer, Lunaz says each unit will cost in excess of US$1 million (AU$1.25M).

First deliveries of the Aston Martin DB6 EV will take place in Q3, 2023.