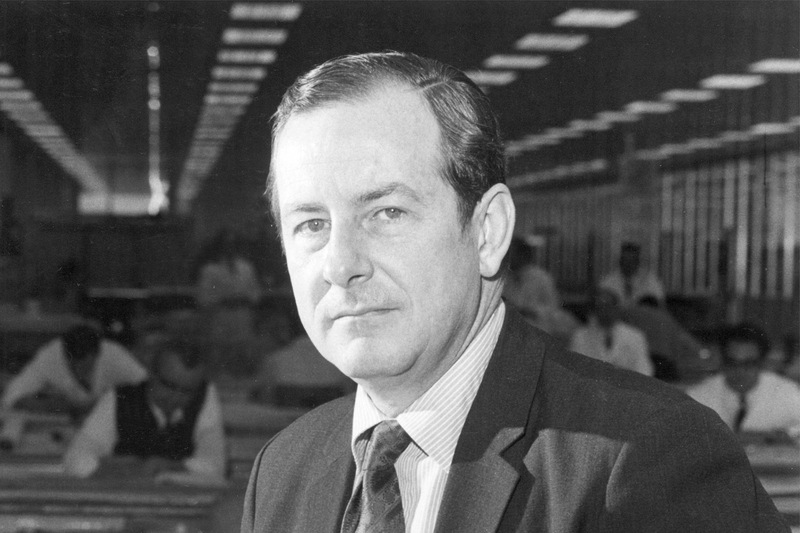 Better known as 'Chuck,' Chapman was born in Minnesota in 1926, and served in World War II (with the Marines at the battle of Iwo Jima) before studying industrial engineering on the 'GI Bill' after the war.

A voracious studier, Chapman attended the University of Detroit and Wayne State University, and continued to take night classes in engineering and other related subjects for more than a decade after the war.

Graduating with a Masters in Automotive Engineering from the Chrysler Institute of Engineering in 1952, Chapman later joined General Motors in 1956, taking up a position in the engineering department of the Buick division, where his initial work revolved around automatic transmissions.

In 1967, after 11 years service with Buick, where he had risen to the position of Assistant Chief Engineer, Chapman moved his family to Germany to take up the position of Chief Engineer with GM's Opel brand. After seeing success with Opel, Chapman was next transferred to Holden, taking up the role of Managing Director at the start of 1976.

During more than a decade of service, Chapman presided over some turbulent times at Holden. These included the closure of assembly plants in Victoria, NSW and Queensland, introduction of the acclaimed Radial Tuned Suspension, axing of the popular Kingswood model range, introduction of the Commodore and Camira, and severing of the relationship with Peter Brock.

Heavily criticised at the time, especially for the plant closures, Chapman made the in order to keep the Australian operation afloat. Due to a number of factors (which are covered in greater detail in Norm Darwin's 100 Years of GM in Australia book), Holden's losses had run into the hundreds of millions by the mid-80s, and it's believed to be largely Chapman's efforts that prevented GM from abandoning Australian manufacture entirely at the end of 1986. With the necessary cuts made and efficiences in place, GMH started to turn a profit from 1987 on.

Chapman vacated the Managing Director's role at the end of 1987, his position taken by John Bagshaw. At the ime, Chapman also held the role of vice president of General Motors, in charge of Australia, New Zealand and Southeast Asia (GM Overseas Operations). Retiring shortly afterwards, at the start of 1988, Chapman moved back to the US, where he remarried in 1994. One of the longest serving, and most influential Managing Directors in GMH's history, Chuck Chapman is survived by his second wife, Delores, five children, three stepchildren and numerous grand and great grandchildren.