The loan is part of a partnership between Volvo Car Australia and Trivett Volvo, Alexandria and comes on the back of a S60 T5 supplied to NSW Police last year.

The S60 Polestar will be used as a support vehicle primarily within the community liaison division and not a first response car, despite its 257kW and sub-5 second 0-100kph sprint time.

"When I was testing this car in the frozen north of Sweden, I never thought I'd be handing over the keys to one down here in Australia, let alone to the police!" said Dahlgren, who was instrumental in developing the car and fine-tuning its chassis.

"I thought the police might want to ask me about an unpaid toll, following the launch of our V8 Supercar back in February when I drove it across the Sydney Harbour Bridge," joked McLaughlin.

Following the handover, both drivers met with Dealership sales staff and technicians to give them an insight into the S60 Polestar, how Volvo Polestar Racing's first V8 Supercars Championship was unfolding, and what future races had in store for the team.

Volvo said the last car they placed with the police proved to be a great engagement tool with locals, serving as a talking point and breaking down communication barriers between public and Police. 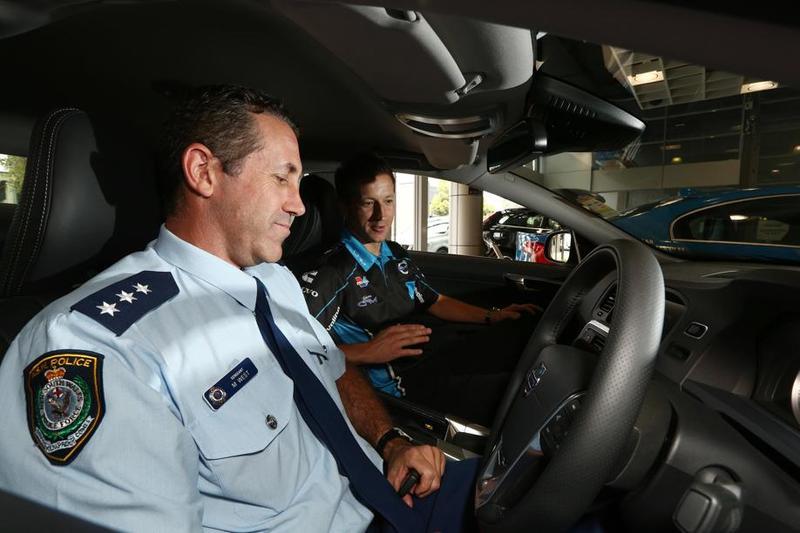