This year’s Pikes Peak International Hillclimb in Colorado, USA, saw Volkswagen not just break, but absolutely smash the outright record set by Sebastien Loeb is a custom Peugeot five years ago, as well as the existing record for electric vehicles set in 2016.

VW announced their plans to take on the 19.99km (12.42 mile), 156-corner high-altitude hillclimb in a specially-developed electric vehicle - the ‘I.D. R Pikes Peak’ - last September; their first factory attempt at the famous event since 1987. Romain Dumas, an experienced Pikes Peak entrant (and outright winner in 2014, 2016 and 2017), was employed to drive the I.D. R, with the all-electric machine considered to have an advantage over internal combustion engines in the thinner air of the hillclimb course, especially at the finish line that’s 4,300 metres above sea level. That thinner air also impacts traditional aerodynamics, which led to VW developing a broad, flat body shape and jumbo-sized rear wing for the vehicle.

Few details on the machine’s powerplant have been released, but VW has confirmed the I.D. R Pikes Peak was four-wheel drive, which means at least two electric engines (one for each axle), with combined output listed at 500kW, while the battery cells were specially developed to allow fast charging. 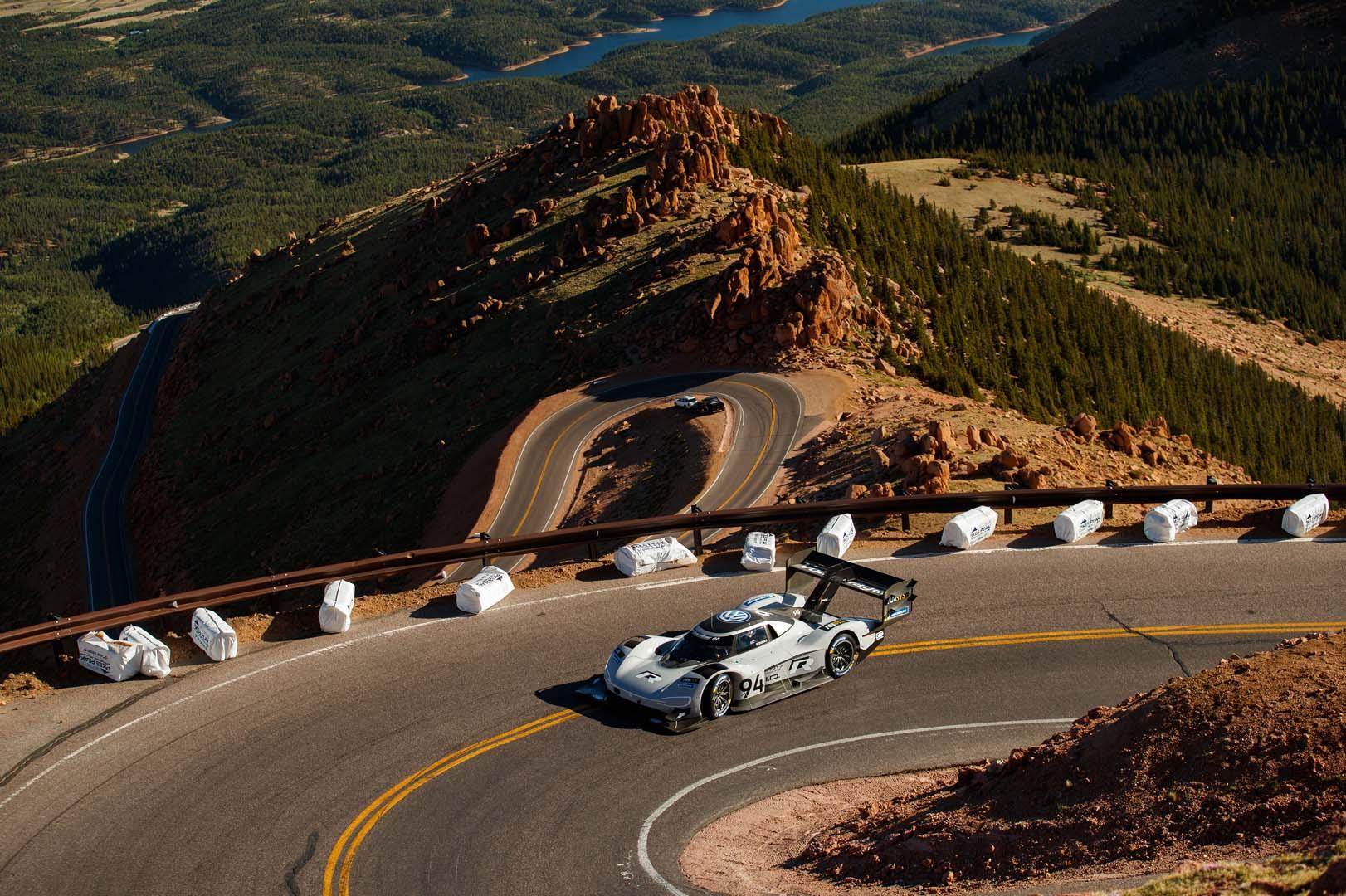 Given the short timeframe from announcement of the project to the actual hillclimb in June, development work and testing continued right up until the last minute. At Pikes Peak, the VW team had to contend with changeable weather, as well as another competitor’s accident that delayed the start of their run.

To set a new electric record, Dumas had to beat the 8 minutes 57.118 seconds set by Rhys Millen in the ‘e0 PP100’ in 2016, while the outright record of 8m13.878s had been set by Sebastien Loeb in the petrol-engined Peugeot ‘208 T16’ in 2013. Despite some nervous moments caused by fog in the second sector of the course, Dumas piloted the bespoke racer to the finish line in a time of 7 minutes 57.148 seconds. In being the first machine to complete the challenging Pikes Peak course in under 8 minutes, Dumas eclipsed Loeb’s 2013 time by more than 16 seconds and Millen’s electric record by almost a full minute.

Incredibly, Dumas believes that he could have gone around 10 seconds quicker in better weather conditions, while VW’s own projections also point to a potentially faster time. Whether VW will return to Pikes Peak in 2019 to better their record has yet to be revealed. 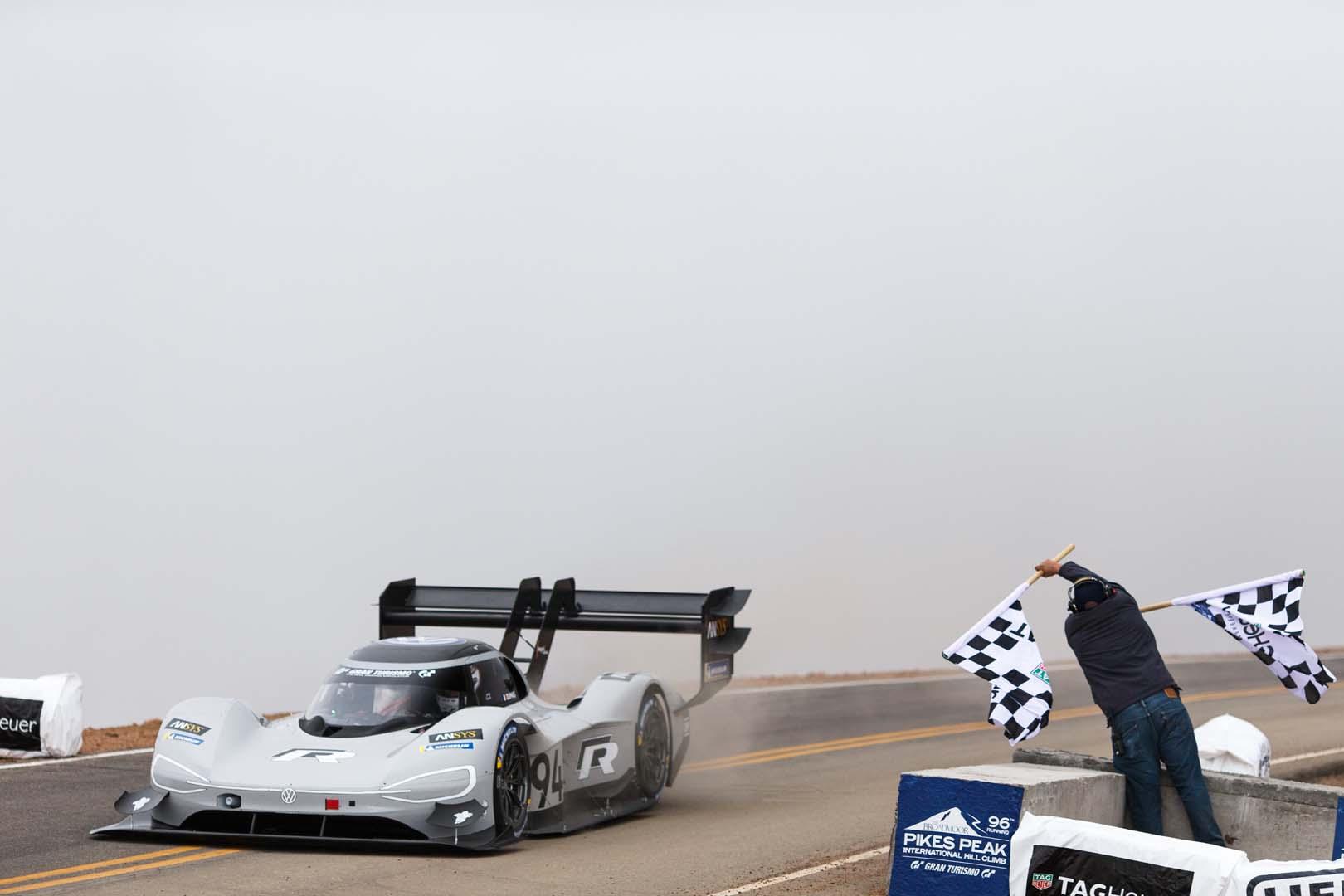