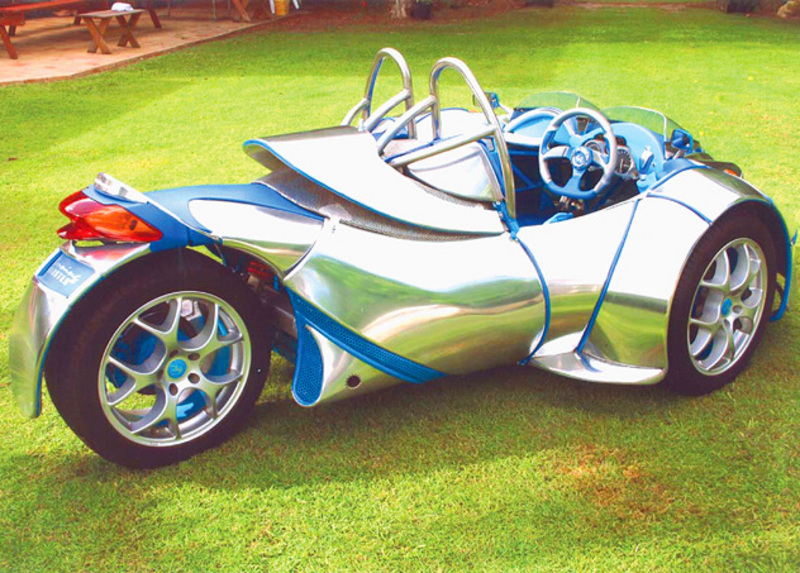 First up was the North American Motor Show and this issue we bring you a handful of the new releases, including the awesome Dodge Viper SRT10 and GM's multi-fuel Volt concept. The Chevrolet Camaro convertible is also a stunner and let's not forget it features the rear-wheel drive developed by Holden, and used on the VE Commodore.

On the subject of fuel it has been pleasing to see the price slowly dropping, but various watchdog organisations have also alerted us to the fact that the petrol companies have been blatantly ripping consumers off, by not passing on recent large falls in the price of crude oil. This is hardly a new occurrence and one has to wonder what earthly use the ACCC is in 'supposedly' policing fuel profiteering. If you drive a classic car, you don't have too many options for the type of fuel you use and we all want to pay a price that's fair and not inflated by petrol companies.

The Brisbane Motor Show kicked off on February 2nd and undoubtedly this show is coming of age judging by the role up of big names. It was a veritable "millionaires' toyshop" offering more than $4 million worth of the world's most exclusive sports and luxury cars. Eleven of the best from Italy, Germany, Britain and the United States, with price tags up to $659,000, were on display, including the Lamborghini Murcielago LP640, Jaguar XKR and Chevrolet Corvette Z06. Honours for the fastest car on show were shared between the thoroughbred Italian Lamborghini and Ferrari 599 GTB Fiorano, each capable of just more than 330 km/h. However, the Ferrari appears to offer better value to dollar-wise buyers, with a price of "only" $574,000 for the manual transmission version compared with $659,000 for the Lamborghini. The show was supported by 35 manufacturers and certainly got the local industry off to a brilliant start.

While the pace of innovation in new models is unabated, there is nothing as satisfying as an immaculately kept car from yesteryear. Shannons have been providing such highlights at Australian motor shows for a number of years and Brisbane was no exception. Shannons assembled 15 iconic vehicles on the concourse at Brisbane spanning 14 decades of motoring history. On one side of the road was one of Australia's finest and most original early model 48-215 (FX) Holden, in original grey with contrasting red upholstery. Others included a superb 1964 Falcon XM 2-door hardtop deluxe, a 1976 Torana LX SS hatchback, a rare and increasingly valuable 1968 HK 327 (Bathurst) Monaro, a 2005 Monaro CV8R (the last of the line), a 1974 XB GT Falcon 2-door hardtop, a 1971 VH RT Charger and a 1985 HDT SS Group A Brock Commodore. On the other side of the road were some magnificent race cars supplied by the Historic Racing Car Club of Queensland.

The big one of course is the Melbourne Motor Show which returns to its normal early March timeslot. Already it has confirmed latest models from Porsche, Aston Martin and Lamborghini. A unique, Australian built sportscar will also create plenty of interest, showing that being green is no barrier to high performance, when it is revealed in Melbourne.

The Bonning Roadster delivers super car performance and true sports car character in a compact three-wheeled economy car. Weighing just 400kg, the 90kW Bonning has phenomenal acceleration and a top speed around 200km/h. It is the brainchild of Queensland automotive designer Brad Bonning, and was developed with a view to consuming not just a miserly amount of petrol, but also alternative fuels such as hydrogen and methanol derived from household waste.

Finally, as you can see, this month is something of a competition special. We've got an absolute ripper coming up in the April issue, too, so don't miss that one!

Have a great motoring month