(Land Speed Record) has set a new world speed record at the World of Speed at Lake Bonneville in Utah, hitting 328.195km/h. According to VW, this is the fastest ever recorded speed for a Beetle.

The modified Beetle ran a standard-ish 2.0-litre turbocharged TSI petrol engine. And when I write standard-ish, I mean it had a new turbocharged, and different pistons, camshafts, connecting rods and cylinder heads to pump out 571Nm of torque.

"To perform well under extreme conditions, the Beetle was equipped with special wheels and tyres for driving on salt, and the body was lowered significantly. A limited-slip differential was also used to improve traction, while a safety package provided for the necessary protection; it consisted of a rollover protection cage, a race seat with five-point harness and a fire extinguishing system. In addition, the record-setting car had two brake parachutes that were also used to slow down the Beetle," Volkswagen said.

According to regulations, Volkswagen was only allowed to make a certain number of modifications for it still to qualify as a VW Beetle. All of the engine work was performed by THR Manufacturing in the US. 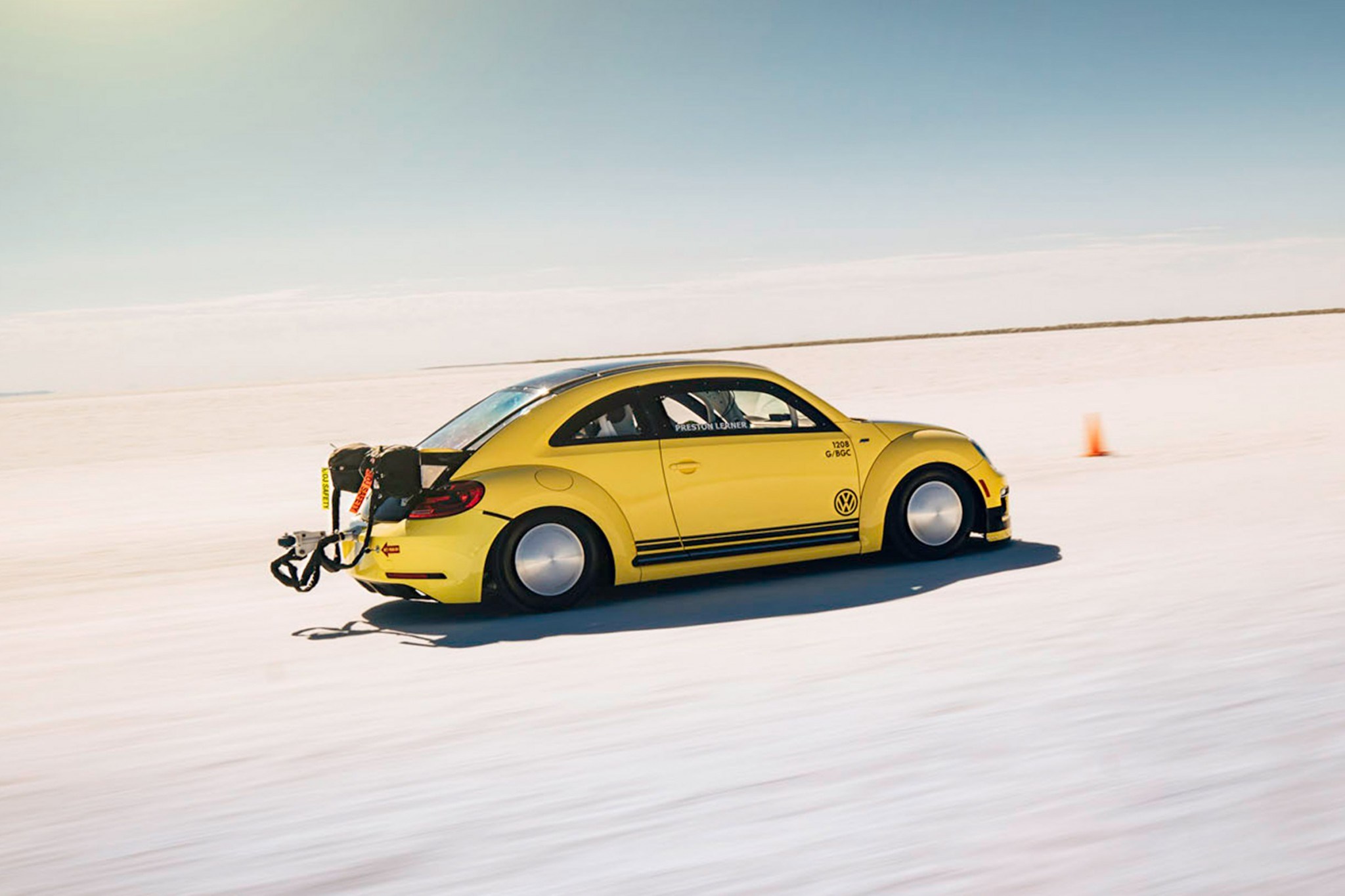