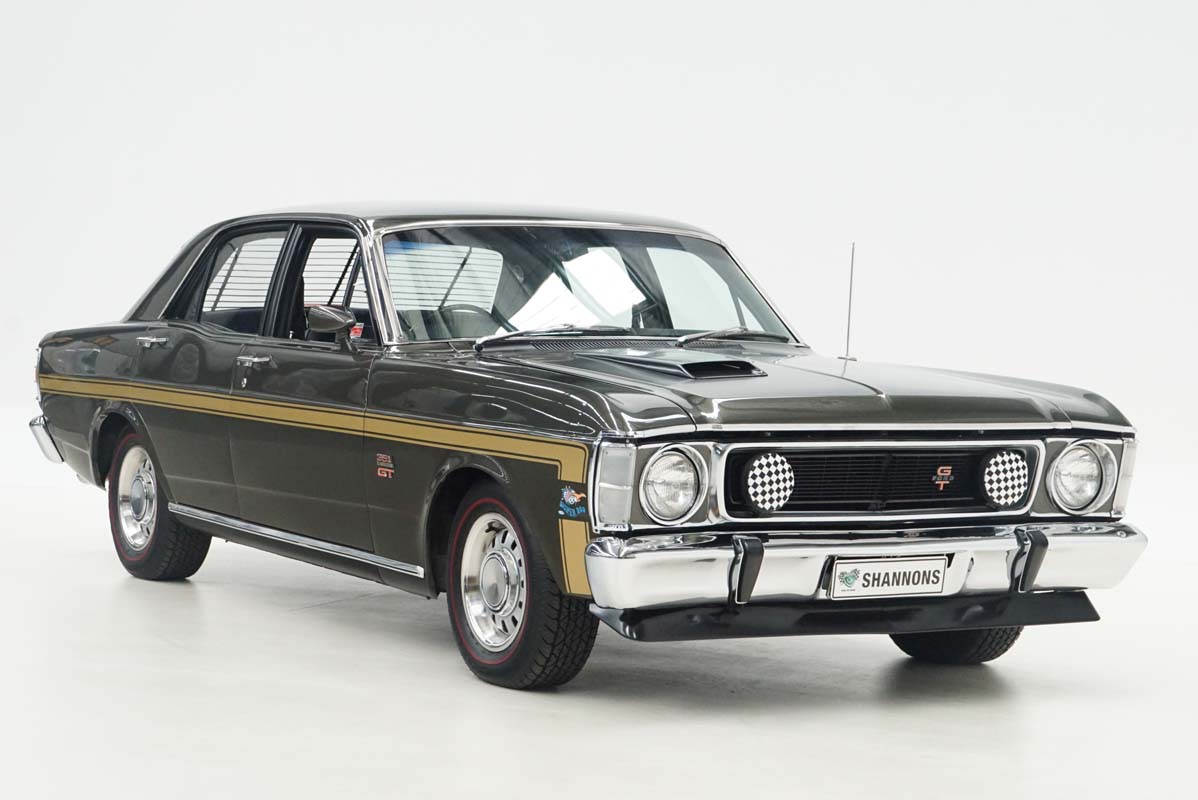 While the XR was the first Falcon GT, the XW saw Ford’s performance sedan really up the ante, introducing the homologation GT-HO and setting the template for the almighty XY GT and GT-HO that would follow. 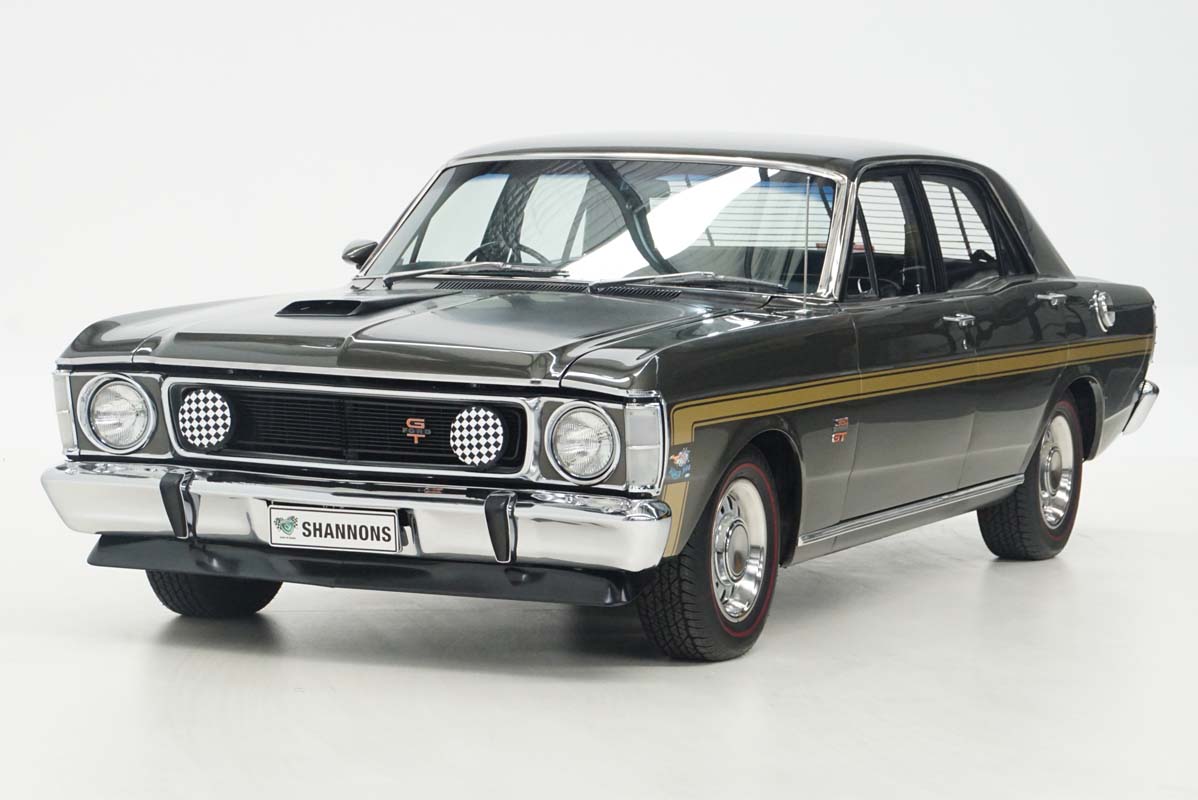 Identified by auxiliary lights in the grille, matt black bonnet panels and a (mostly non-functional) offset bonnet scoop, the XW Falcon GT also introduced the famous ‘Super Roo’ identification that would be shared with smaller Ford GTs in the years that followed. 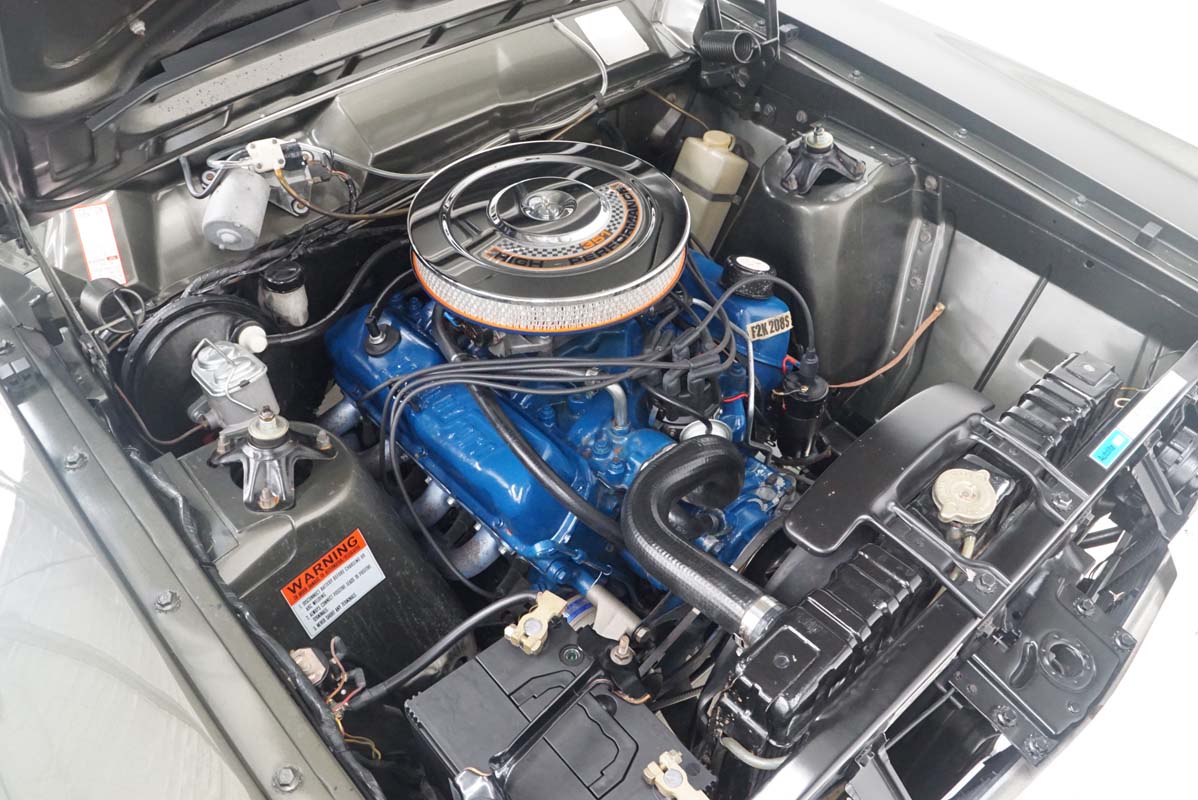 Under the bonnet, the 302ci V8 in the XT GT was replaced with a Windsor 351ci V8 (the Cleveland 351 replaced the Windsor during XW production), matched to a four-speed manual and LSD, with a three-speed auto optional.

Inside, the instrument panel was equipped with a full complement of gauges, including a speedo calibrated to 140mph, but the rest of the interior was a sea of black or dark saddle vinyl, broken only by faux teak timber trim, based on Fairmont specification. 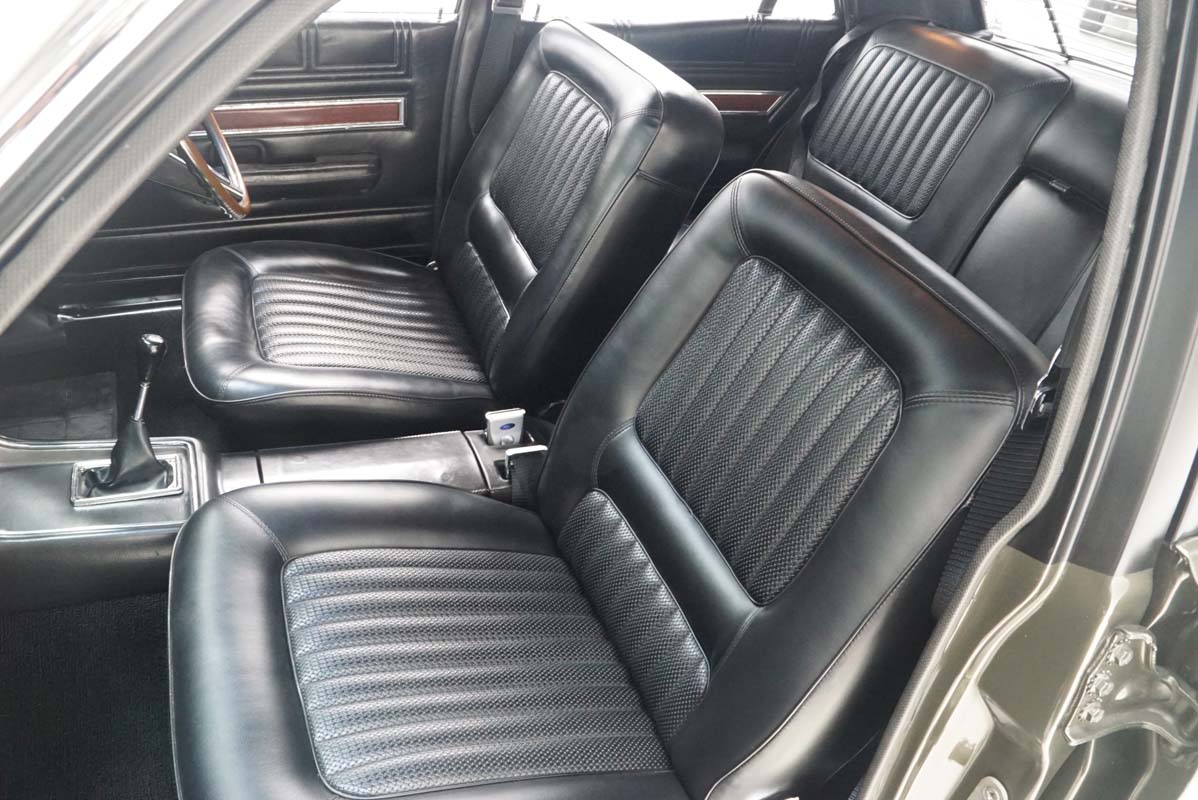 The XW Falcon GT consigned for the Shannons Timed Online Autumn Auction was ordered through Prestney Bros. Ford in Sale, Victoria, by an RAAF officer based in the same town. Unusually, the customer ordered his car without the black bonnet paint-outs, bonnet pins, bodyside stripes and Super Roo logos, perhaps in an effort to create a sleeper.

Built in January, 1970, and a rare ‘twin-tag’ car, most of the subsequent history of this Reef Green with black vinyl trim XW GT is unknown until it was restored in 2003/2004, when all the identifying GT exterior features, except the bonnet pins, were reinstated. 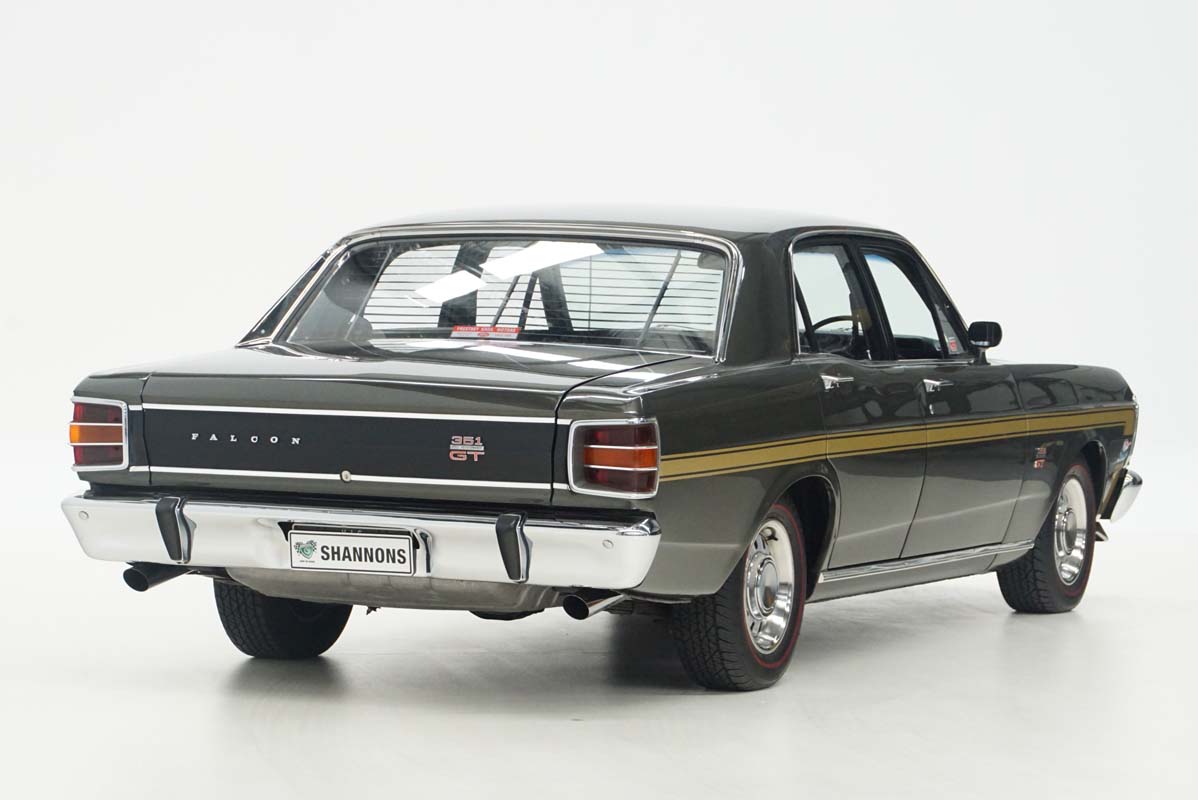 The interior was restored to correct spec, including the GT and 351 badging, with a period rear venetian fitted, too.

As a matching numbers car, described as one for the fastidious Ford collector, this XW GT came to auction with an extensive history file, including photos documenting the restoration. As such, it carried a $150,000 - $170,000 pre-auction estimate, which proved to be accurate, as it sold for $162,500.

Top-selling car at the Shannons Timed Online Autumn Auction was a ’67 Shelby Mustang GT350 with an equally interesting history.

Delivered new to Pennsylvania and one of 1,175 GT350s built for 1967, the Nightmist Blue fastback remained in the same US family for 45 years, before it was sold, sight-unseen, to its current Australian owner. Despite not needing a restoration, the car’s body was taken back to bare metal and repainted, it was mechanically rebuilt and everything else refurbished.

Various upgrades were fitted so the new owner could embark on long road trips, first across the USA, then through Europe to Turkey (where it was parked under the cliffs of Gallipoli), before the Shelby finally came to Australia in 2016.

Preparations were then made to take the car to a rally in Cuba in 2017, but Fidel Castro’s death saw the event cancelled. Regardless, the car was fully refurbished and repainted a second time.

While various upgrade parts remained fitted to the car when it came to auction, all the original parts were supplied with the sale, which meant, along with its very high-quality presentation, the Shelby GT350 carried a guiding range of $200,000-$240,000 for the auction. A bidding war between a local and overseas buyer saw it sell for a world-value price of $350,000.