The event was once again well-supported by teams and drivers from across Australia, with a strong contingent from Japan, and even a team from Cyprus making the journey down under to do their best against the Aussies
Sydney Motorsport Park (Eastern Creek) was a motorsport showcase on October 18-19, when the NSW circuit once again hosted the Yokohama World Time Attack Challenge.

The event was once again well-supported by teams and drivers from across Australia, with a strong contingent from Japan, and even a team from Cyprus making the journey down under to do their best against the Aussies.

Severe bushfires that affected many areas to the north and south of Sydney, along with extreme winds, made for tough conditions during Friday's qualifying sessions. Across the board, competitors struggled to set quick laps in the heat, wind and smoke haze, but it did give everyone a chance to familiarise themselves with their cars and the track conditions.Last year, Warren Luff in the Nemo Racing Mitsubishi Evo won the Pro Class and overall with a 1:25.0200 lap, bettering the best-ever V8 Supercar lap of the circuit by more than four seconds.

This year, Luff and Nemo Racing struggled with engine issues, making any repeat of last year's heroics unlikely. Luff later admitted that the team were carrying engine issues into the event, with water pump and head gasket problems addressed ahead of the Friday qualifying session. However, these did not cure the overheating issues that led to Nemo retiring with a warped head and block after only one timed lap of 1:27.8080 - well adrift of their 2012 best. The mechanical maladies that crippled Nemo Racing's campaign appeared to be infectious, with car after car, across all classes, suffering damage that blunted efforts to record the fastest lap.

Escaping the carnage of WTAC 2013 was the Tilton Interiors Mitsubishi Evo. Last year's runner-up, the #2 car in the Pro Class was quick from the start, with driver Garth Waldren setting a pace that left the Pro field playing catch up for the rest of the event.

By Saturday afternoon, Waldren was really on it, setting a new Sydney Motorsport Park lap record of 1:24.8550. The Tilton Interiors machine is also probably the only WTAC record holder to be running on "road legal tyres", Hankooks in this instance.

With Nemo Racing unable to better their earlier time, the MCA Suspensions Nissan S13 stepped up. Nicknamed the 'Hammerhead' due to its distinctive aero design, the MCA S13 driven by Earl Bamber secured the fastest RWD time of the event with a 1:27.3670. This was a personal best for the MCA team (beating their 1:27.3670 from last year), and also good enough for second overall behind the Tilton Evo.

In Pro Am, Mick Sigsworth put the Precision Maintenance Mitsubishi Evo on the top of that classes' podium with a 1:30.9570. The Open Class win went to Dean Lillie in the BC Automotive R32 GTR with a 1:31.7980 best, while Clubsprint was won by Jason Wright, who set a best of 1:39.2470 in the Process West Subaru WRX STi. Wright also finished third in Pro Am, behind the wheel of the Autotech Engineering WRX STi.
Congratulations to the Tilton Interior Evo Team and Garth Walden for being crowned the 2013 Yokohama World Time Attack Challenge champions.

With the aero and engine tuning getting wilder this year, we can't wait to see what the teams bring to the 2014 event! 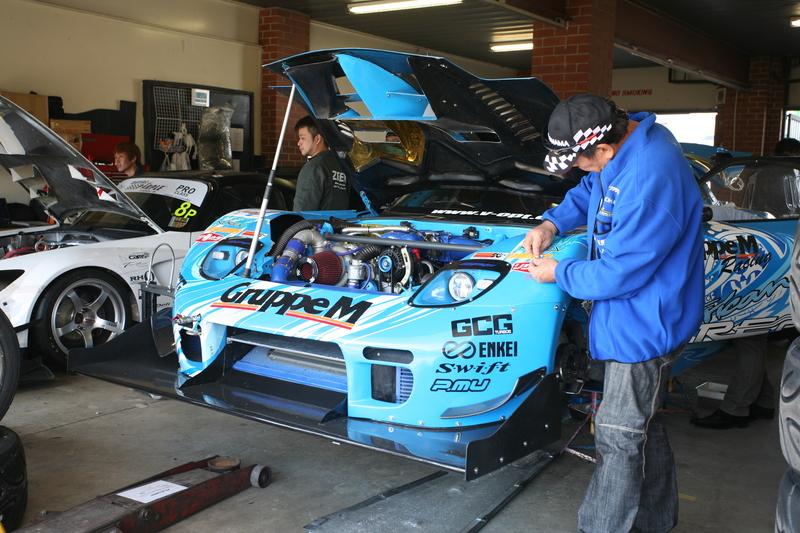 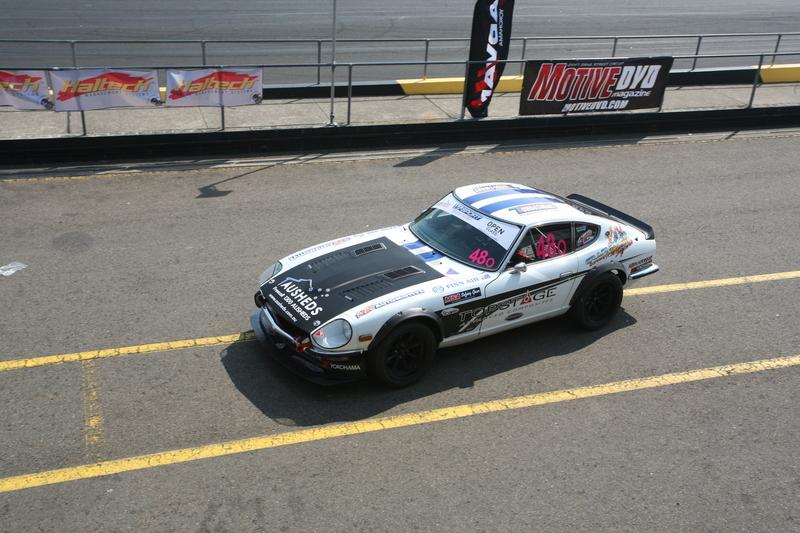 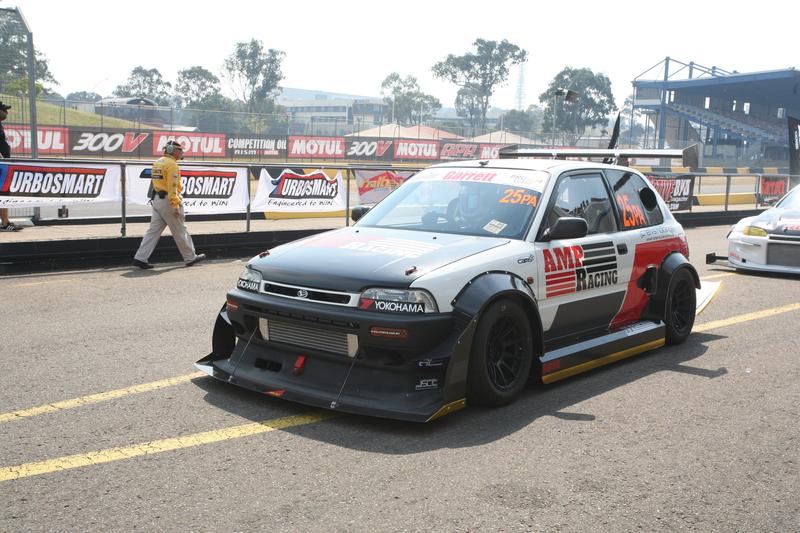 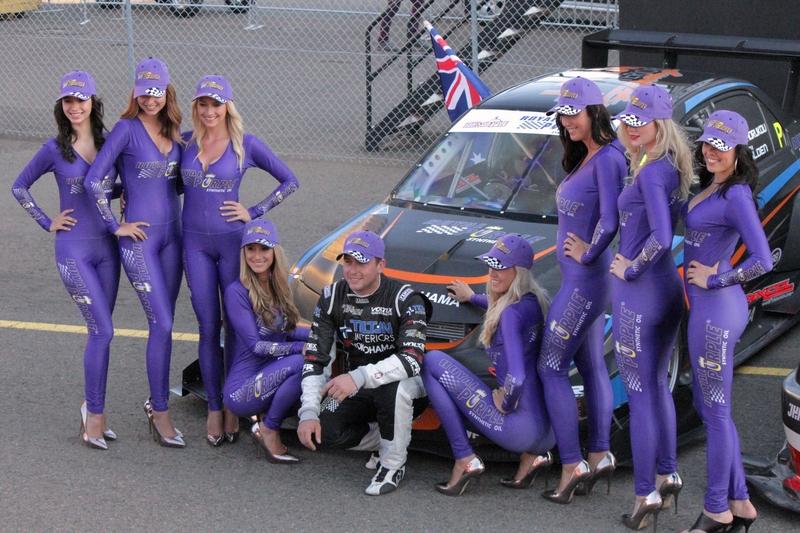 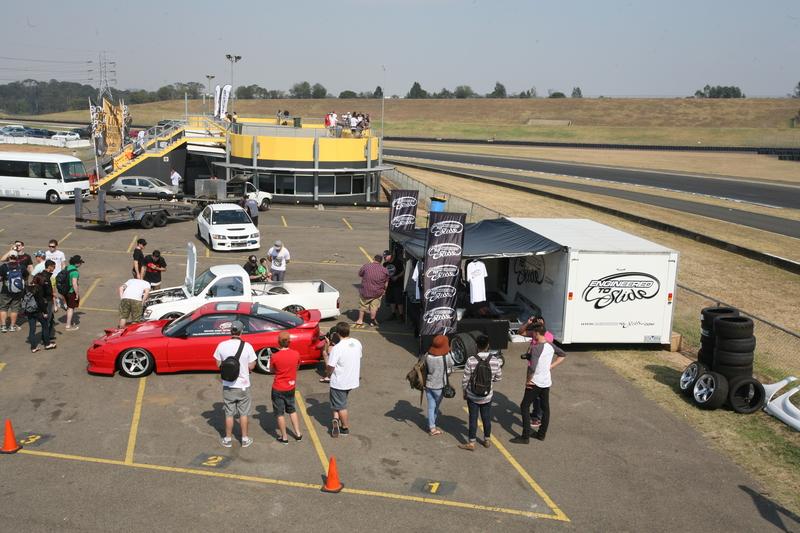