Centaur, Luxxor, Clenet, Heritage, Baci, Glassic, Johnson. If these names mean nothing to you, it's a fair bet you'll draw a blank on 'Zimmer' too! So what are these names and what draws them all together?
Neo classic cars immortalise the Zimmer name.

Centaur, Luxxor, Clenet, Heritage, Baci, Glassic, Johnson. If these names mean nothing to you, it's a fair bet you'll draw a blank on 'Zimmer' too! So what are these names and what draws them all together? Believe it or not, they're all car manufacturers. Granted, they're not names that roll off the tongue like Chevrolet, Ford or Mercedes, but all of them are - or were - in the automobile game. What unites them, apart from their obscurity, is that they're all creators of 'neo-classics', the distinctly American automobiles that combine modern running gear with retro-inspired styling.
Loved by Hollywood types, sports stars, company bosses and no doubt the occasional pimp and drug dealer, neo-classics first started appearing in the 1960s and boomed during the "conspicuous consumption" era of the 1980s. Their popularity has waned since, but a few of these names are still in business. Within this niche market, Zimmer is one of the more prodigious and arguably more interesting manufacturers.

Zimmer Manufacturing started out in residential construction in the 1950s. Success in this field enabled the company to diversify into the manufacture of luxury yachts, high end motorhomes and RV conversions. Luxury cars seemed the next step, so Zimmer took the plunge in 1978, creating the Zimmer Motor Car Division.

The first car to bear the Zimmer name, the "Golden Spirit" coupe was released in 1980. The inspiration, along with its styling, allegedly came from Zimmer CEO Paul Zimmer's experience with an 'Excalibur', one of the early neo-classics. Like the Excalibur, the Golden Spirit featured a long, tapered bonnet, separate wheel arches, exposed side pipes and other 'retro' touches. Most were built around FoMoCo models - anything from a Mustang to a Lincoln - and were generally agreed to be better built than many of their contemporaries. Zimmers were actually titled as production cars, not kits and featured luxuries like leather upholstery, imported German carpets and other bespoke touches that helped to justify their US$100,000 price - five times more than what a new Cadillac or Lincoln would have cost back then.

Despite the price, Zimmers sold well (generating US$10 million on average per annum) throughout the 1980s, but it all came crashing down following the death of Paul Zimmer in 1988. Without Paul's guidance, Zimmer Manufacturing went bust, taking all the subsidiaries, including the car manufacturing operation, with it. It's here, however, that the Zimmer story not only continues, but takes an interesting twist.

In 1995, Art Zimmer (no relation to Paul Zimmer) first saw a car bearing his surname. Before then, he hadn't even heard of a Zimmer, but within three years Art had not only bought a car of his own, but also set up an owner's club, purchased all the moulds, tooling and rights to the Zimmer name, relaunched the company and had a new Golden Spirit coupe on the market. Clearly, Art Zimmer is as passionate about these cars as his namesake was!

Zimmers are a very rare sight in this country, so when Jason, the seller of this car, placed it on www.justcars.com.au we thought it was worthy of closer attention.

Jason's car is one of the "first generation" Zimmers. Built in 1982, it's based around a similar era Ford Thunderbird (Golden Spirits were usually built on brand new cars) with a front subframe added to allow for the extended wheelbase. A standout in red with gold coachlines, all the retro features are there like faux side-mount spares, continental kit, etched wind deflectors, faux leather landau-style roof and 'luggage trunk' (with real leather tie-down straps), wire wheels, whitewalls, chrome air horns and more. The engine is a Ford 5.0 litre V8, matched to a 3 speed automatic.

Jason bought the car from a private collection in Las Vegas and had it shipped to Australia six months ago. Since then, he's been in touch with a member of the US Zimmer Owner's Club, who not only knew the car Jason bought, but had driven it personally and attested to it being as good as any Zimmer built. Jason agrees, telling JUST CARS it's a really smooth, luxurious car to drive, as well as a headturner without equal, even among the glitz of the Gold Coast!

As much as he's enjoyed it, Jason has reluctantly decided to part with the car to fund a new house. Asking price is $69,000 ono. See the advert in JUST CARS magazine or online at www.justcars.com.au for details. 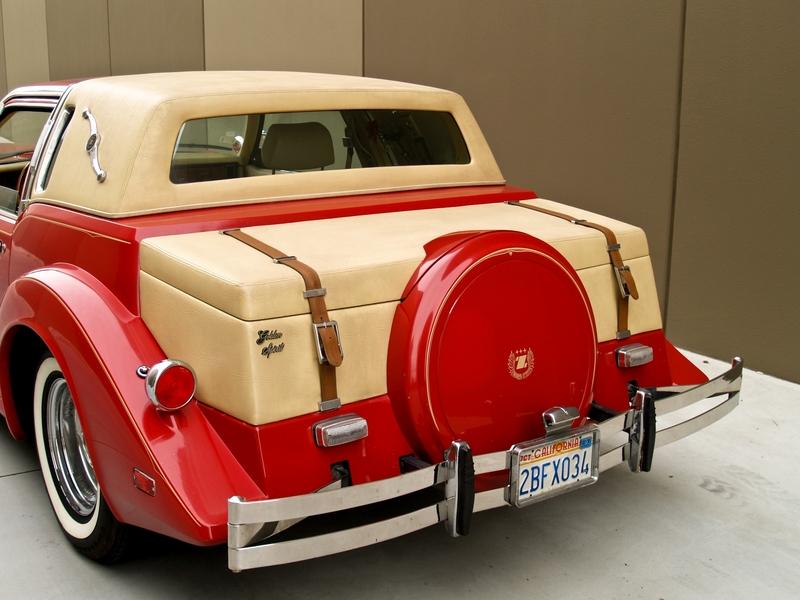 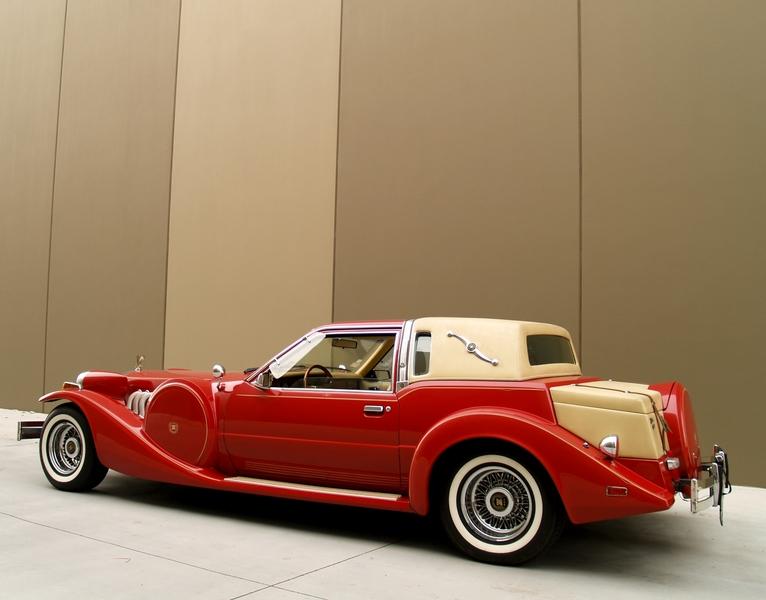 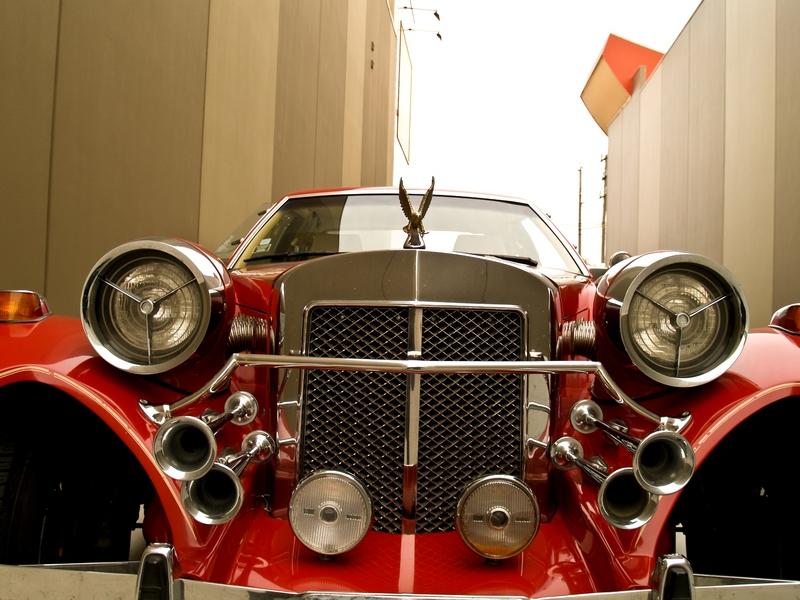 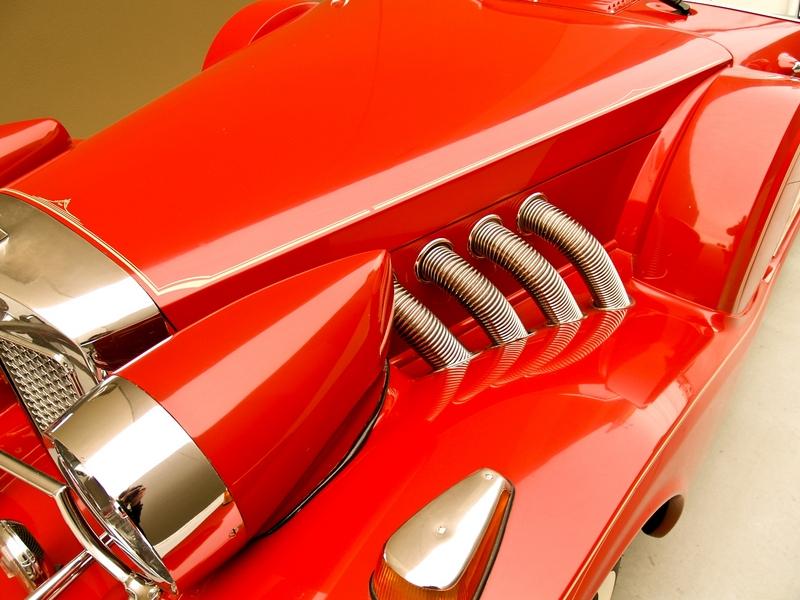 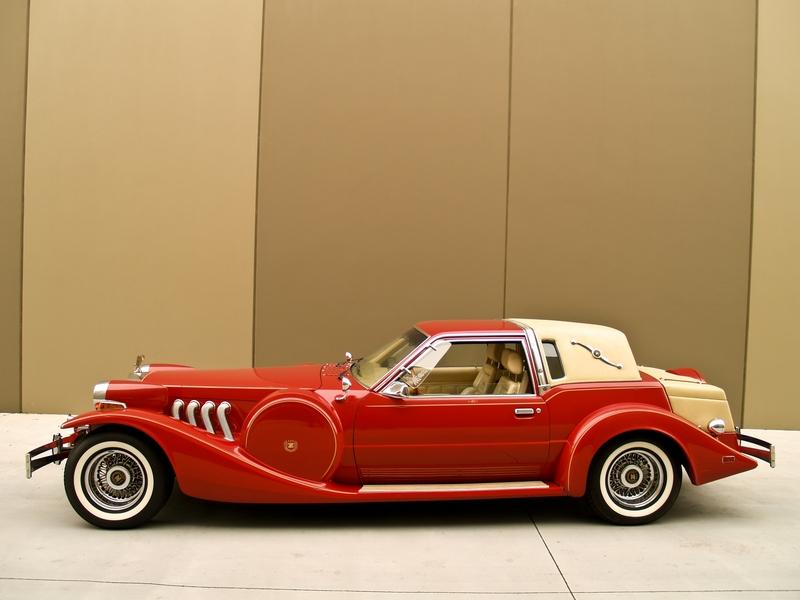 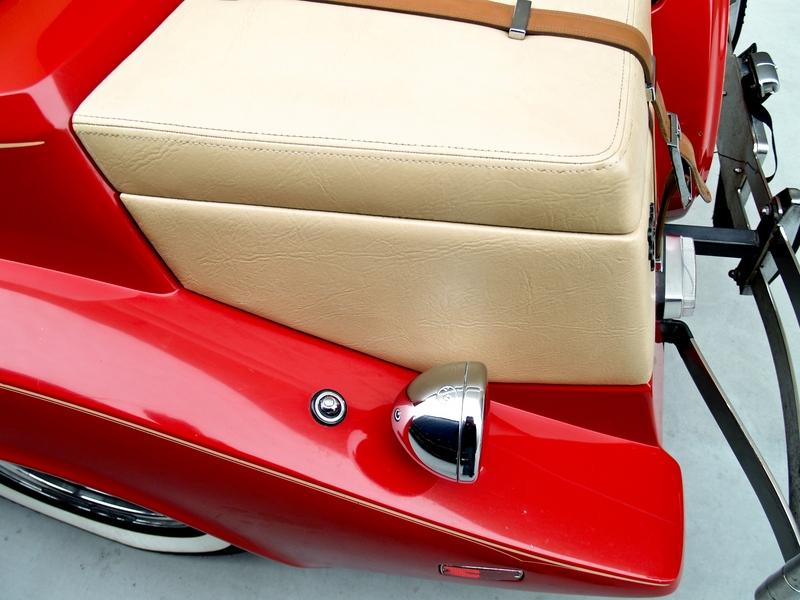 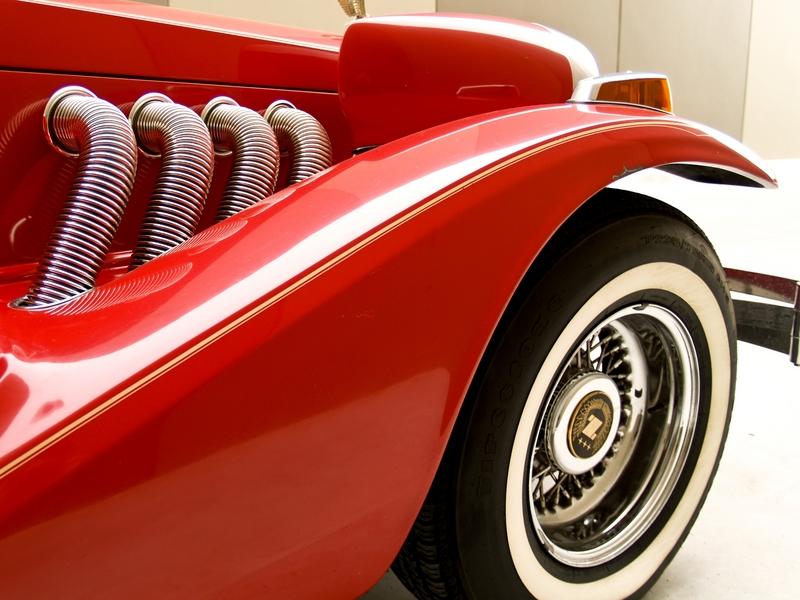 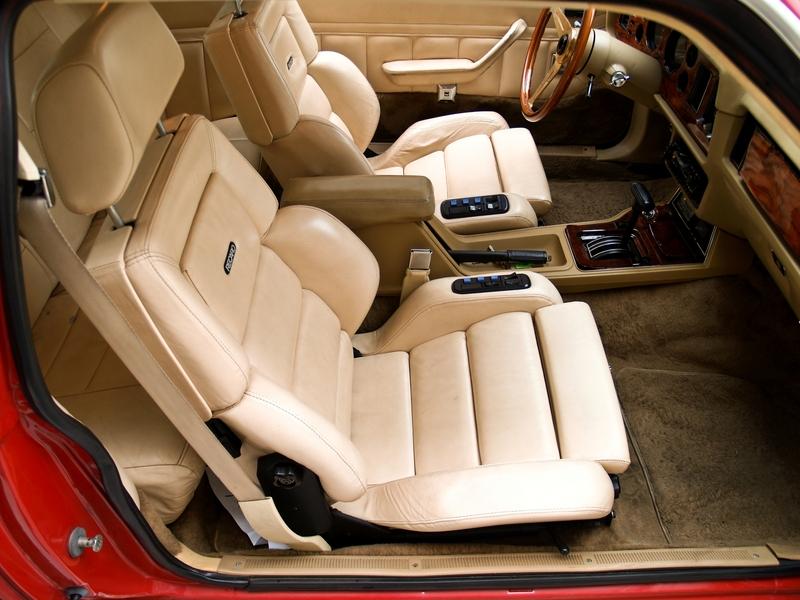