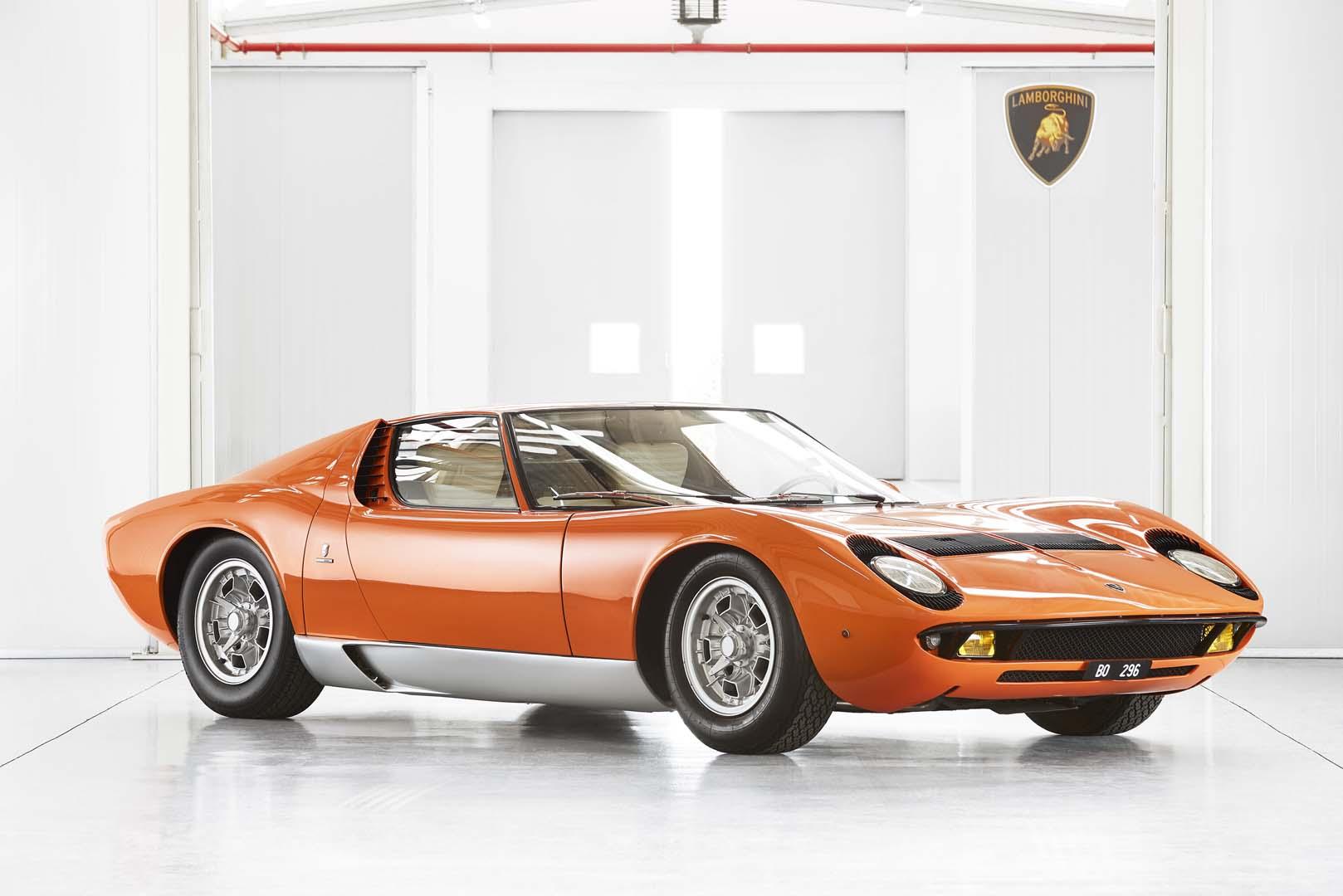 It’s one of the great “car movies” of all time (VASTLY superior to the 2003 remake) and arguably did more for Mini Cooper sales than anything else that decade, but the 1969 feature film, The Italian Job, wasn’t all about the hot little British cars.

The film opens with a Lamborghini Miura negotiating the Great St Bernard Pass (between Switzerland and Italy) at speed, with the vision flicking between external shots of the Miura, the driver (Italian actor Rossano Brazzi) at the wheel and the driver’s view out of the windscreen as the title credits roll.

As everyone who’s seen the film knows, that opening ends dramatically when Brazzi’s character enters a tunnel, only to run head-on into a bulldozer, ending him and his Miura in a mafia ‘hit’.

Lambo lovers probably wince at the sight, especially when the wreck of the Miura is unceremoniously pushed off the edge of the road and tumbles down a cliff, breaking into pieces before it lands in a river.

Now, fifty years after The Italian Job was released, the 1968 Miura from the film’s opening sequence has been discovered and certified by Lamborghini Polo Storico, the carmaker’s in-house heritage division that handles the restoration and certification of historic Lamborghini vehicles. 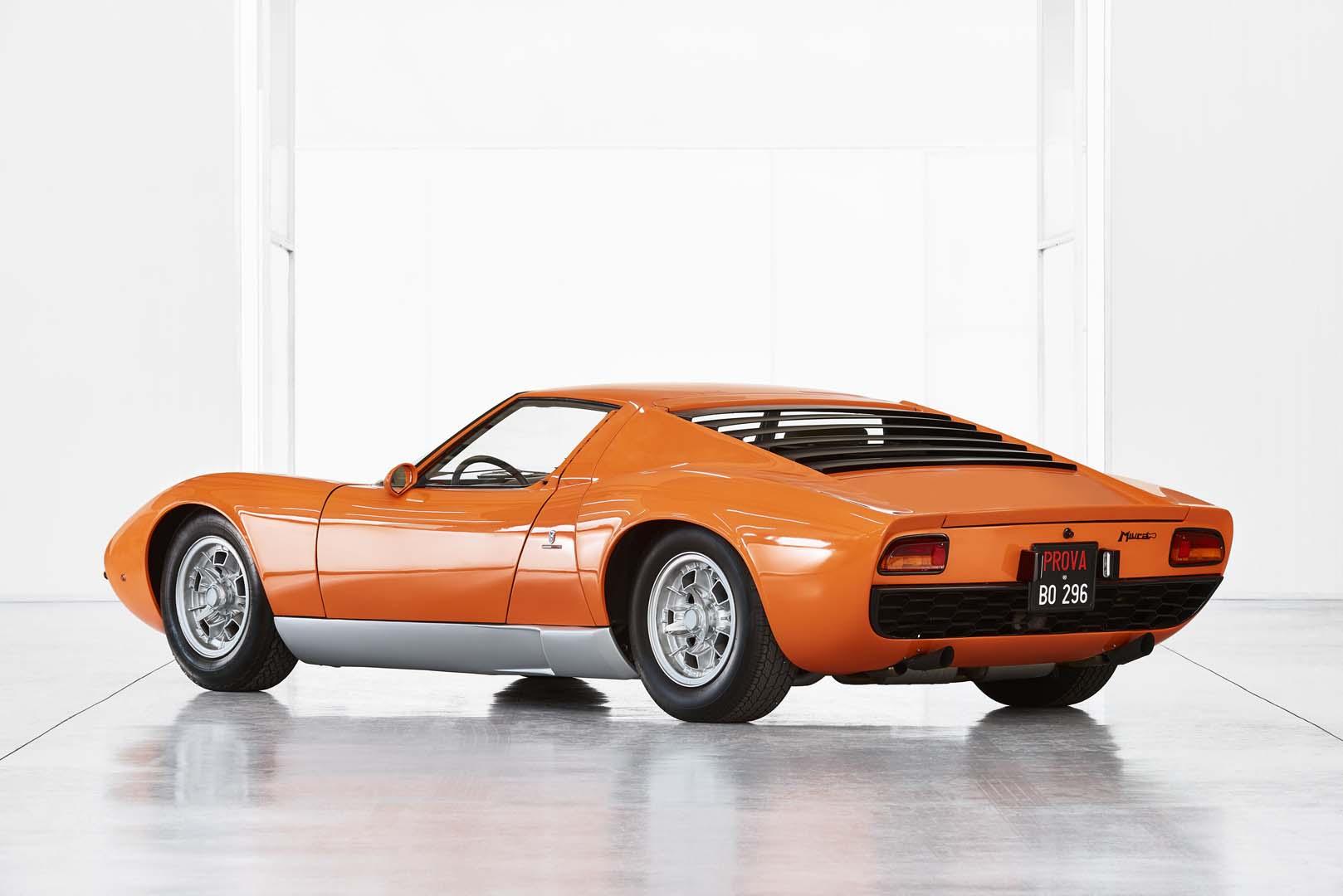 To clarify, Lamborghini Polo Storico didn’t restore the Miura from the mangled wreck seen in the film – that’d be a task beyond even their capabilities!

The car that entered the tunnel and the wreck seen on the other side were not one and the same. Even back when the film was shot in 1968, the Miura was an expensive car – too expensive even for a cashed-up movie production company to buy purely for wrecking.

The story goes that Paramount Pictures approached Lamborghini about using a car in the film before shooting got underway. Within the factory grounds at Sant’Agata Bolognese, they saw a badly-damaged Miura bodyshell, which would be perfect to represent the “after” section of the crash that had been written into the opening scene.

Needing a car for the “before” section, a new Miura P400 in the same Arancio Miura (orange) colour was pulled off the line and prepared by Lamborghini staff, including Enzo Moruzzi, who regularly delivered new cars to important clients.

“It was aesthetically identical to the damaged one,” Moruzzi recounted to Lamborghini Polo Storico when they were tracking the car’s provenance.

“The only thing worrying us was the elegant white leather seats, given that car had to get back to Sant'Agata in perfect condition. So, I asked for them to be taken out, replacing them with a set of black leather seats that we used for testing.

“The giveaway was the headrests (attached to the dividing glass between the driver compartment and the engine compartment in the Miura), which couldn't be replaced in time. In the film, you can see the original white headrests.”

The mismatch of black seats and white headrests can be spotted briefly in the title sequence, but what you can’t see is Moruzzi himself, who drove the car in the long shots and POV angles as Brazzi’s stunt double. 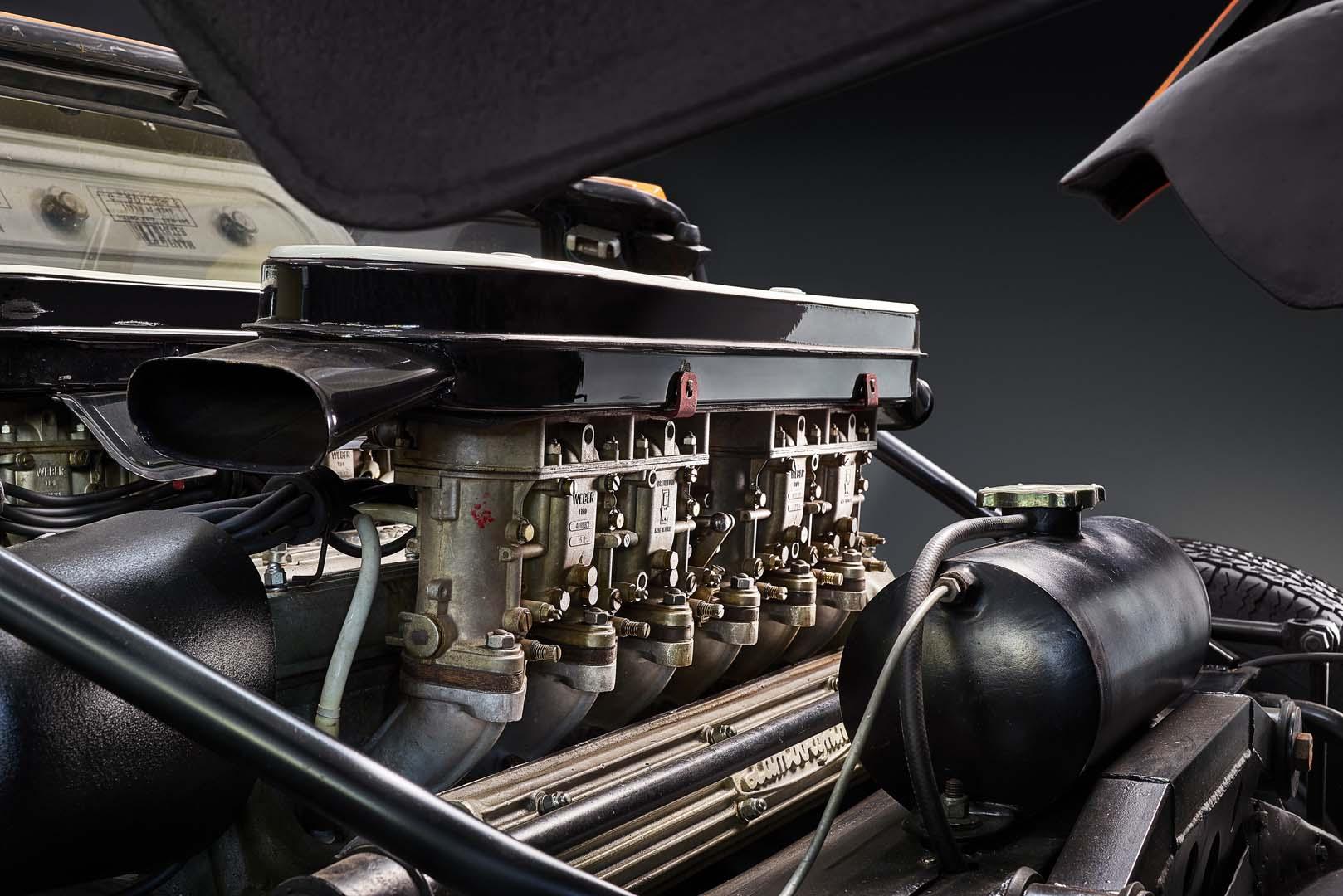 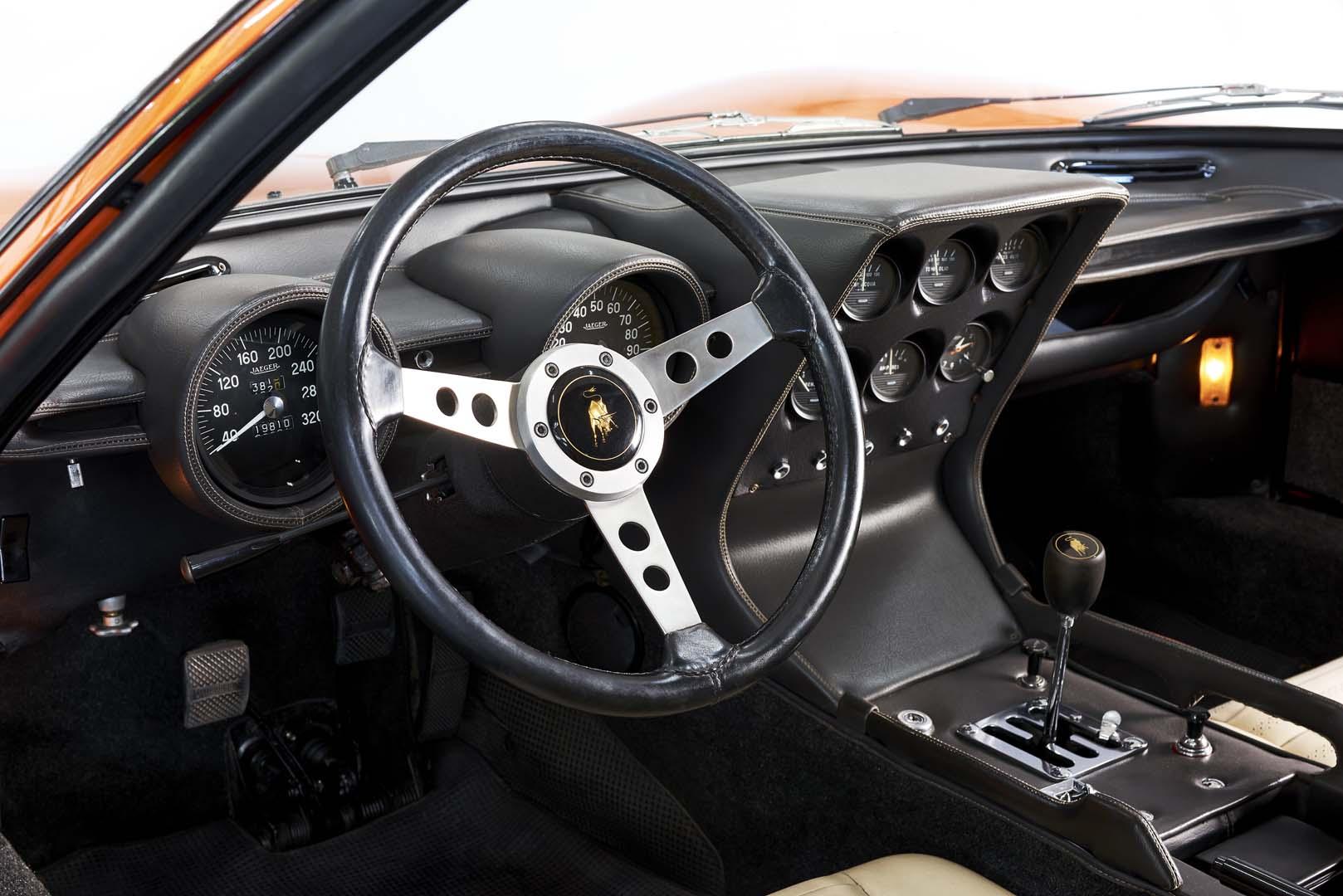 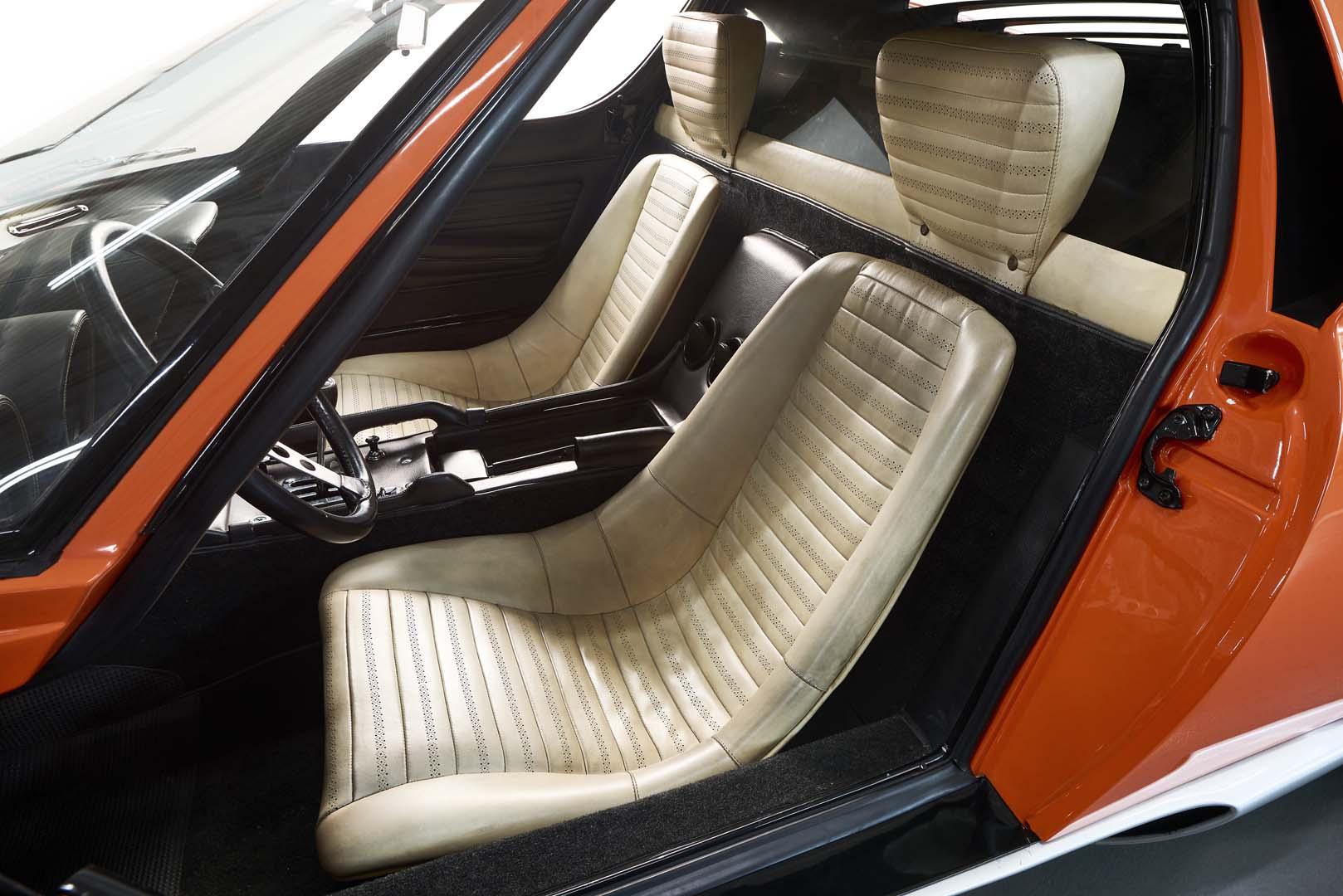 Following its brief role in the film, the Miura was returned to Sant’Agata Bolognese and prepared for sale to its first registered owner in Rome.

Within a few years of The Italian Job’s release in 1969, those in the know were aware that the orange Miura P400 seen in the beginning of the film was not destroyed, but as the car had passed through several hands even in that short time, just tracking it down proved difficult, let alone confirming its connection to the film.

According to Lamborghini Polo Storico, enthusiasts and collectors from around the world searched for the car, amassing numerous and sometimes conflicting clues over the decades, but none could make a concrete connection.

In 2018, noted car collector and enthusiast Fritz Kaiser purchased a Miura P400, chassis #3586 in Arancio Miura. Founder of ‘The Classic Car Trust’ and ‘The Kaiser Collection’ in Vaduz, Liechtenstein, as well as a former co-owner of the Red Bull Sauber Petronas F1 team and sponsor of the modern version of the Mille Miglia, Kaiser knows his stuff when it comes to classic cars. Presumably, Kaiser had some inkling of the provenance of his new acquisition, too, as he contacted Lamborghini Polo Storico earlier this year to find out if his Miura was the same one used in The Italian Job.

Another presumption is that the car came to Kaiser in outstanding condition, as Lamborghini make no mention of it needing repair or restoration. 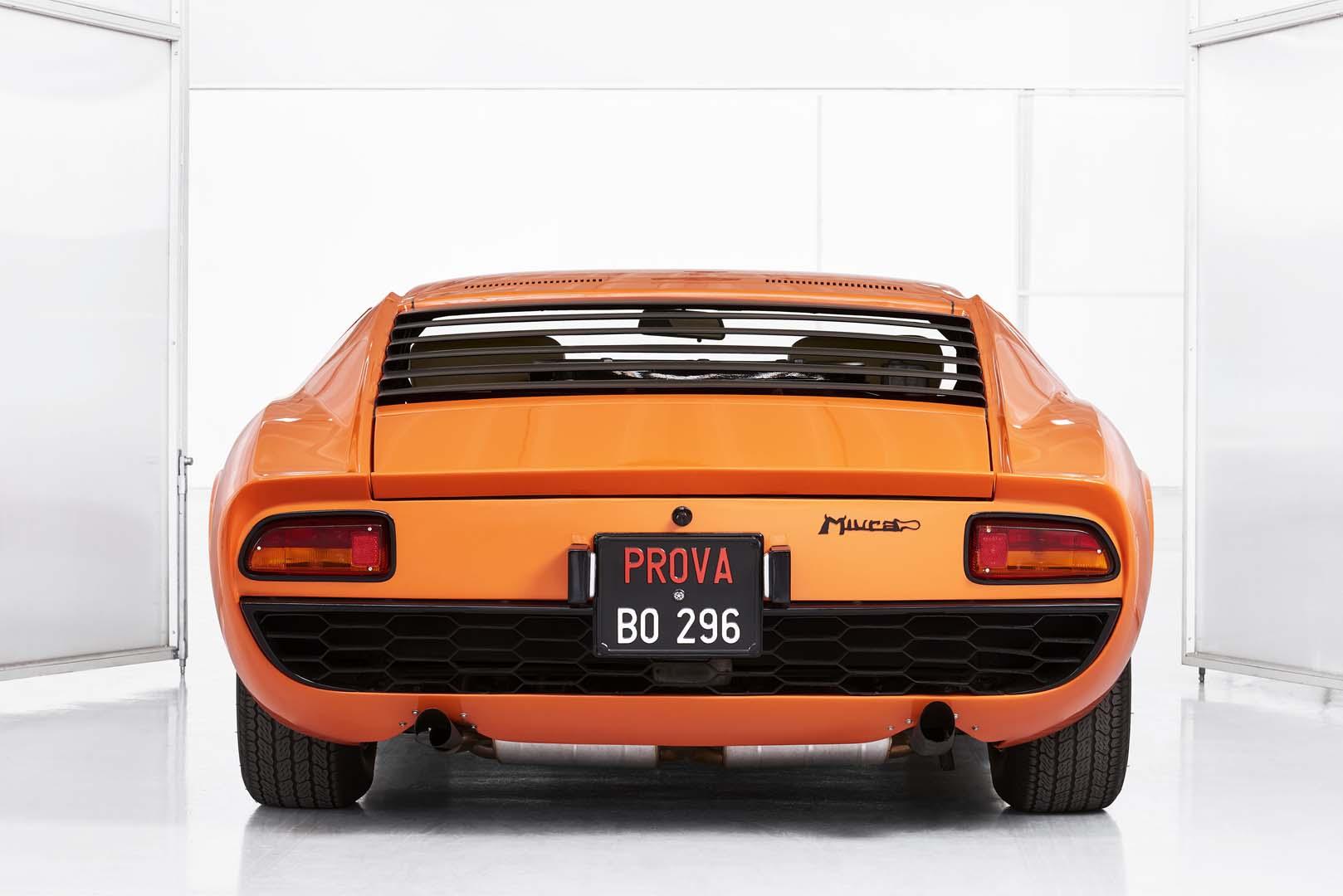 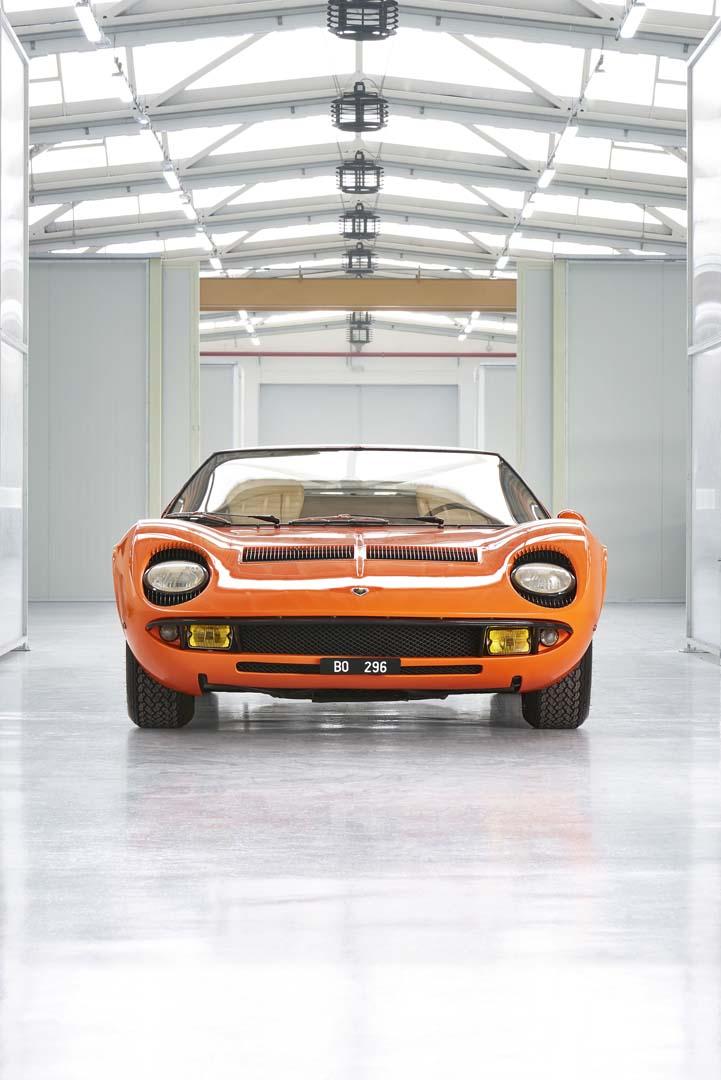 Lamborghini Polo Storico's reconstruction of Miura #3586’s history started with searching documentation in the company archives and examining the car in person. These results were supplemented with testimonies from enthusiasts and former employees, including Moruzzi.

Piecing together ‘evidence’ and ‘eyewitness accounts’ makes the search for this car’s provenance sound like a crime story in itself, but the digging done by Polo Storico ultimately proved fruitful. This past May, they certified that Miura P400 chassis #3586 was indeed the one used in The Italian Job. Fortuitously (some might say conveniently), this recognition comes on the eve of the 50th anniversary of the film, which premiered in the UK in June, 1969.

With his Miura now confirmed as being part of cinematic history (and undoubtedly now also increased in value), Kaiser’s future plans for the car are unclear, but being a serious collector who sees high-end and rare classic cars as works of art, one can assume it won’t be leaving his impressive collection for some time. 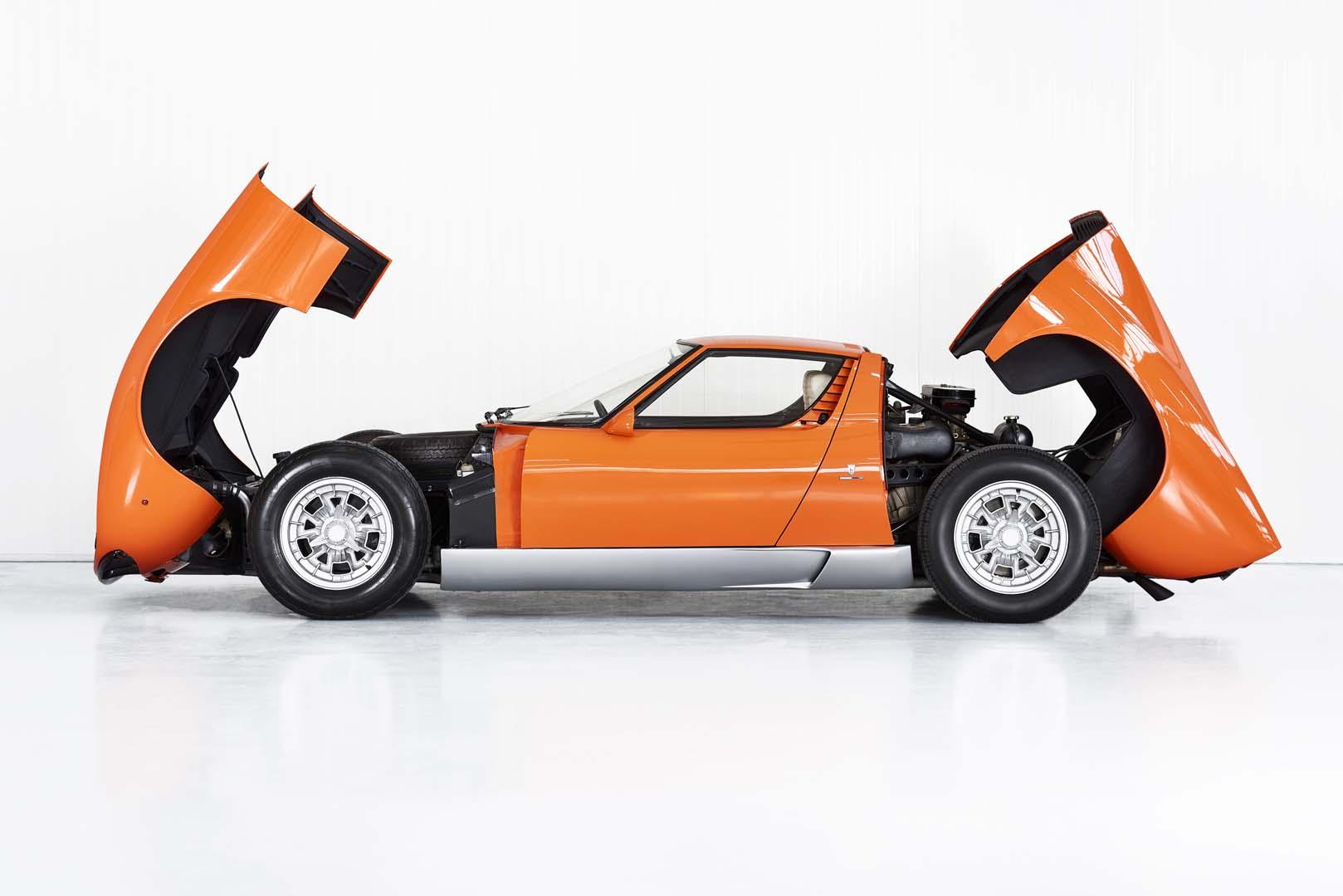