Amongst the ‘genuine’ Vauxhalls built by the English carmaker before their takeover by General Motors in 1925, the 30/98 was unquestionably the best. Regarded by many as the first English sports car and a peer of the likes of Bentley, Sunbeam and Alvis in its heyday, the Vauxhall 30/98 is perhaps the least known car of that era today.

Vauxhall had been building automobiles for less than a decade when the 30/98 – also known as the E-Type – appeared, firstly in competition form in 1912, followed by roadgoing versions in 1913.

Both were based on the 3.0-litre ‘Prince Henry’ model that had gained its name from reliability trials success in Europe in 1910. The Prince Henry (officially known as the C-Type) had been engineered by the brilliant Laurence Pomeroy, who took that model’s concept of high power, swift acceleration and fine handling, and enlarged it for the 30/98.

The 30/98’s model name referred – allegedly – to the 30bhp at 1000rpm and 98bhp at maximum rpm produced by its 4.5-litre sidevalve four-cylinder engine. This very torquey engine (16km/h to 130km/h in top gear) was matched to a four-speed manual transmission, and fitted to a sturdy chassis.

Reliability trials emphasised durability over speed, but the 30/98 was still a quick car, able to reach a top speed of over 130km/h in basic form and even more when stripped for racing or cloaked in streamlined bodywork.

A handful of these original E-Type 30/98s were built before the onset of World War I, but the model’s high price limited sales to all bar the wealthiest customers. After the War production recommenced and Australia proved to be a strong market for the rugged and reliable sporting car, eventually accounting for three fifths of total production.

The 30/98’s next development came in 1922, when Vauxhall engineer C.E. King replaced the sidevalve four with an overhead valve design of the same capacity (leading the “E” Vauxhalls to be recoded “OE”). This engine revved freer and, combined with a stronger chassis and other improvements, made the 30/98 even better in competition.

Back then, one of Australia’s great exponents of the 30/98 was John “Iron Man” Burton, who chose one for a number of inter-city record-setting speed runs. In 1924, he also used a 30/98 to become the first to drive the width of the country in less than a week – quite an achievement back then and a record that stood until Norman “Wizard” Smith bettered it in 1928.

Well publicised, Burton’s achievements clearly made an impression on John Balmer and Robert Robinson; two Victorians who would each receive a 30/98 while still young men.

A keen competitor in hillclimb competition, Balmer went on to emulate Burton and set a number of new city-to-city speed records in OE100 throughout 1936, including Darwin to Adelaide, Fremantle to Adelaide and Adelaide to Melbourne. But in 1938, Balmer went for the “big one” - an attempt to break the around-Australia record.

With co-driver Richard Kent and backing from the likes of Dunlop, Repco and Shell, Balmer and OE100 completed their ‘lap of the map’ in 24 days, 11 hours and 58 minutes. This smashed the existing record by more than 20 days, but could have been even better. A generator failure made night driving impossible for long sections of the journey (two full days were lost in Darwin trying to remedy this) and heavy rains in Queensland slowed progress further. Without these problems, Kent estimated they could have completed the circuit of the country up to a week quicker!

Later, Balmer and Robinson became friends while studying at Melbourne University, their shared love for the Vauxhall 30/98 continuing when they served with the RAAF during World War Two.

While stationed at the Melbourne Showgrounds prior to deployment overseas, the two enthusiasts hatched a plan to combine the best parts of their two 30/98s into one and share ownership.

Given its history of driving around Australia, the chassis of OE100 was dispensed with, but its engine, front axle and gearbox were still strong, so these were incorporated in OE86. The engine still carries commemorative plaques in recognition of Balmer’s record breaking runs.

Known as ‘OE86/100’, the combination car was used by Balmer and Robinson to entertain troops by powersliding the big Vauxhall around the Showgrounds’ trotting track. When the pair were deployed overseas, the car was put into storage.

Robinson survived the war, but Balmer, who rose to the rank of Group Captain and received a DFC for service, was killed in action over Belgium in May, 1944. He had bequeathed his share in OE86/100 to Janet Robinson, so the husband and wife became joint owners of the amalgamated car.

The Robinson family would use the 30/98 regularly in and around the Warrnambool area until piston failure led to it being stored in 1955.

In the mid-1960s, the car passed into the care of an enthusiast who started a rebuild, but came back into the Robinson family’s possession in 1978. That year, OE86/100 appeared at Phillip Island for the 50th anniversary of the first Australian Grand Prix.

Spending many years in storage thereafter (the car came out occasionally for Vintage Sports Car Club events and makes a brief appearance in the 1983 film Phar Lap), OE86/100 was purchased by Melbourne enthusiast John Whiting in early 2016.

There’s a special sort of rivalry between owners of early Vauxhalls and Bentleys that goes back to when the 30/98 and Bentley’s famous 3.0-litre models went head-to-head.

John Whiting was definitely in the latter camp; a Bentley man through and through. But, in declining health, he had one overriding wish - to own a Vauxhall 30/98.

As purchased in 2016, OE86/100 was in need of serious attention, which was entrusted to renowned restorer Paul Chaleyer of Historic & Vintage Restorations in Blackburn, Victoria.

Following an extensive recommissioning process, the Vauxhall was completed in time for Whiting to take one last drive.

Now, this significant car, with an equally significant Australian history is being offered for sale from Whiting’s estate. See the breakout box for details. 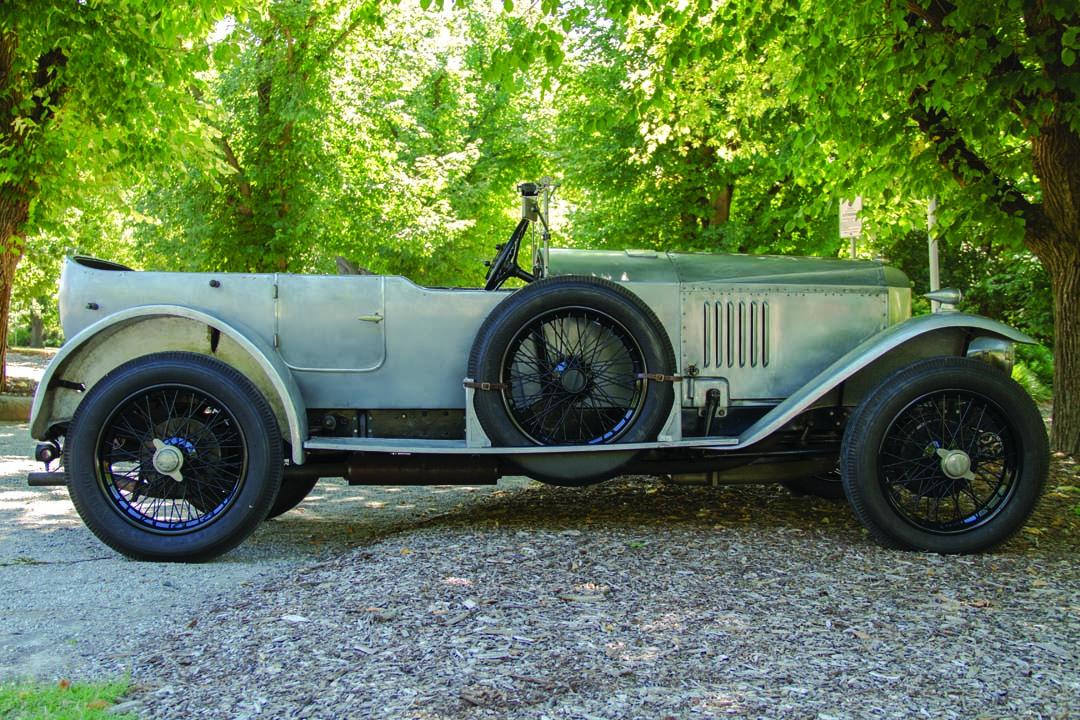 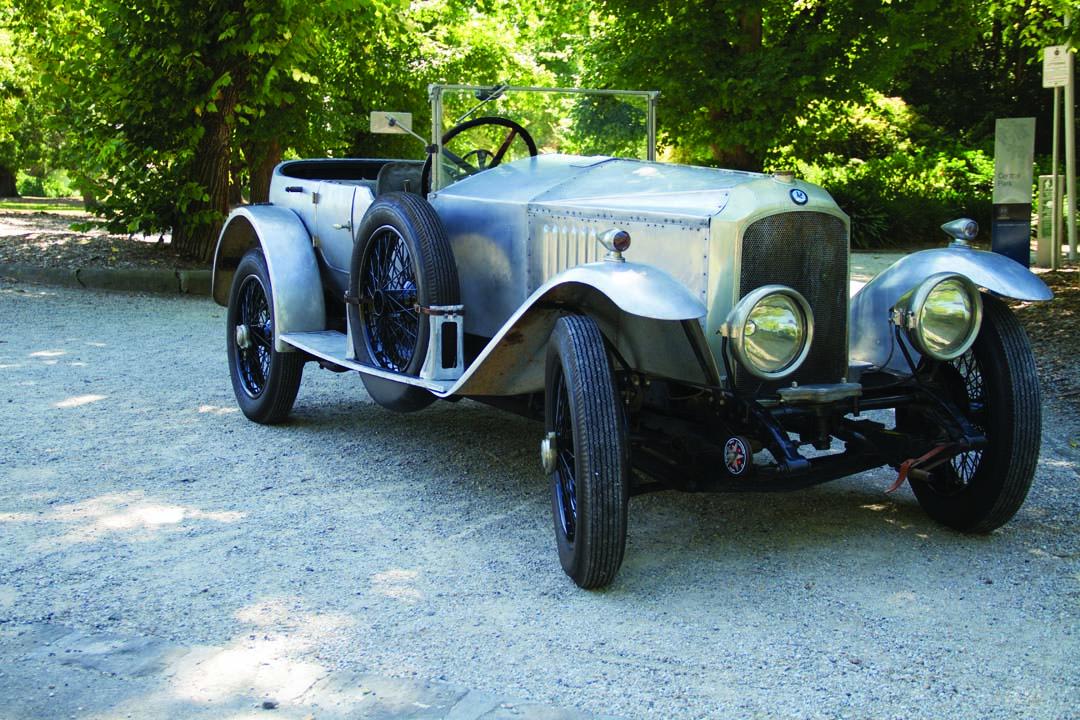 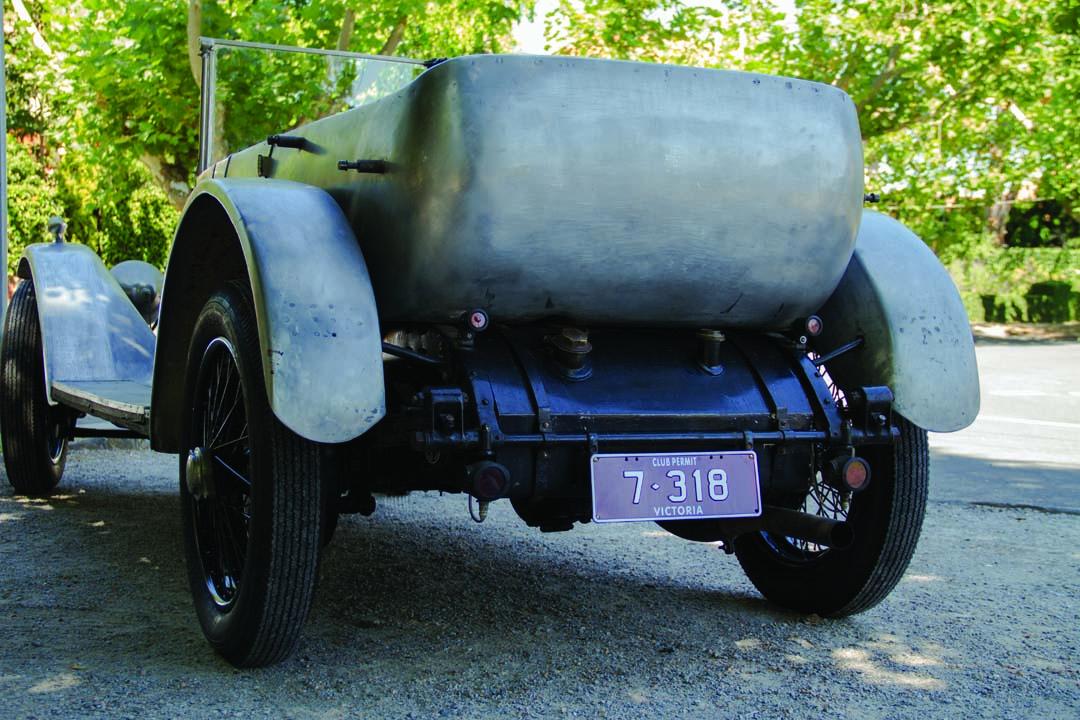 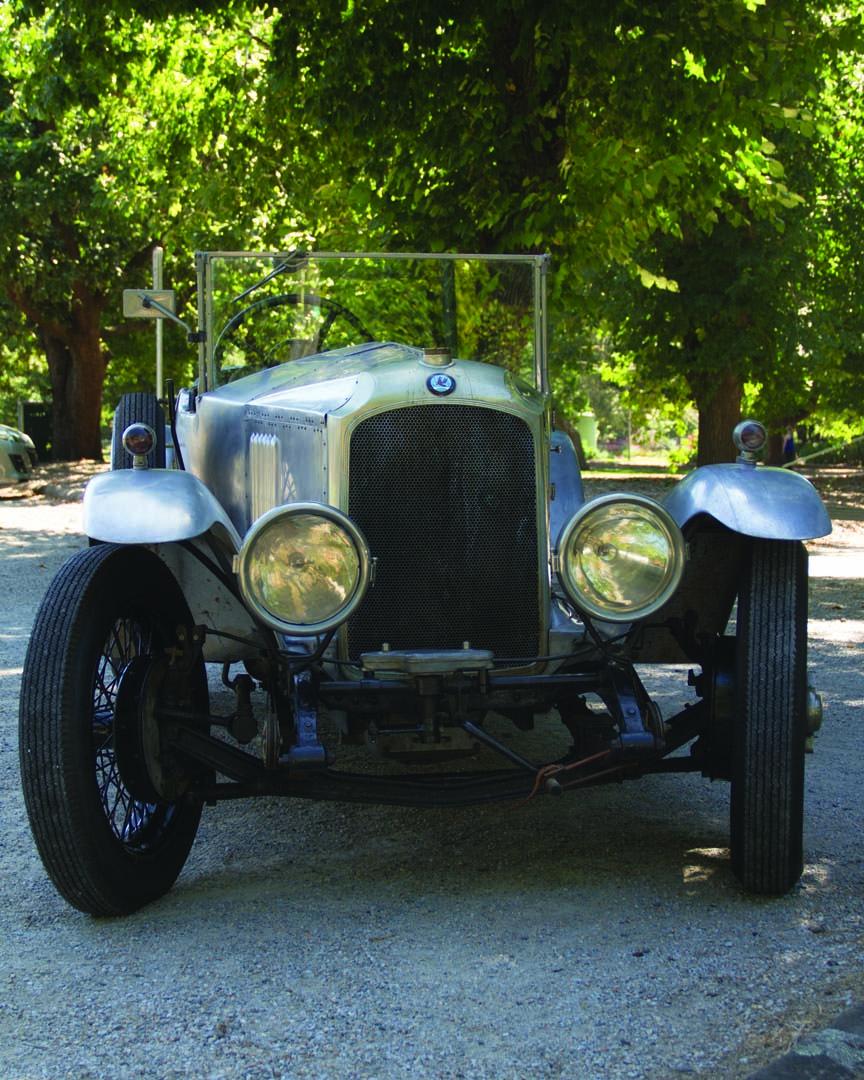 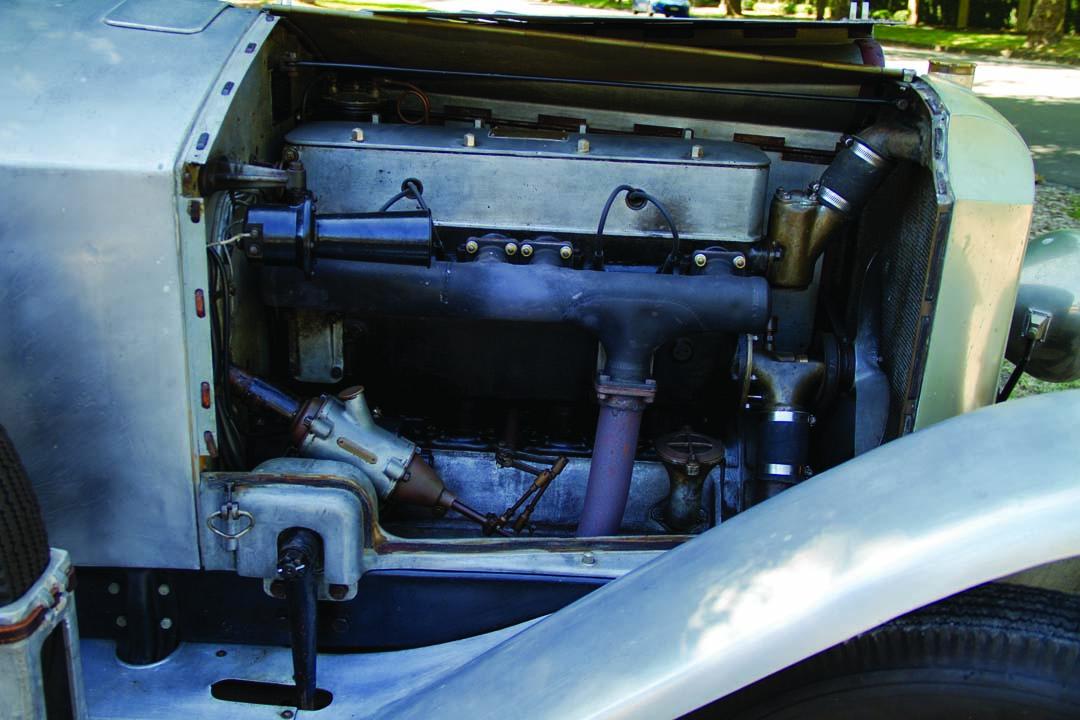 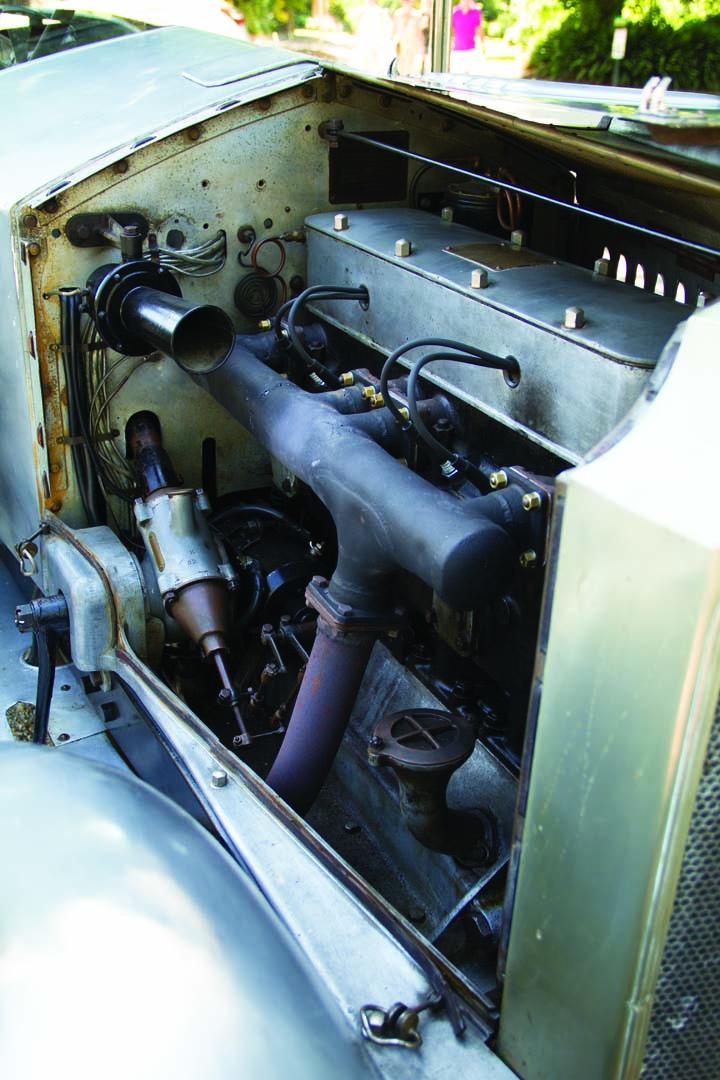 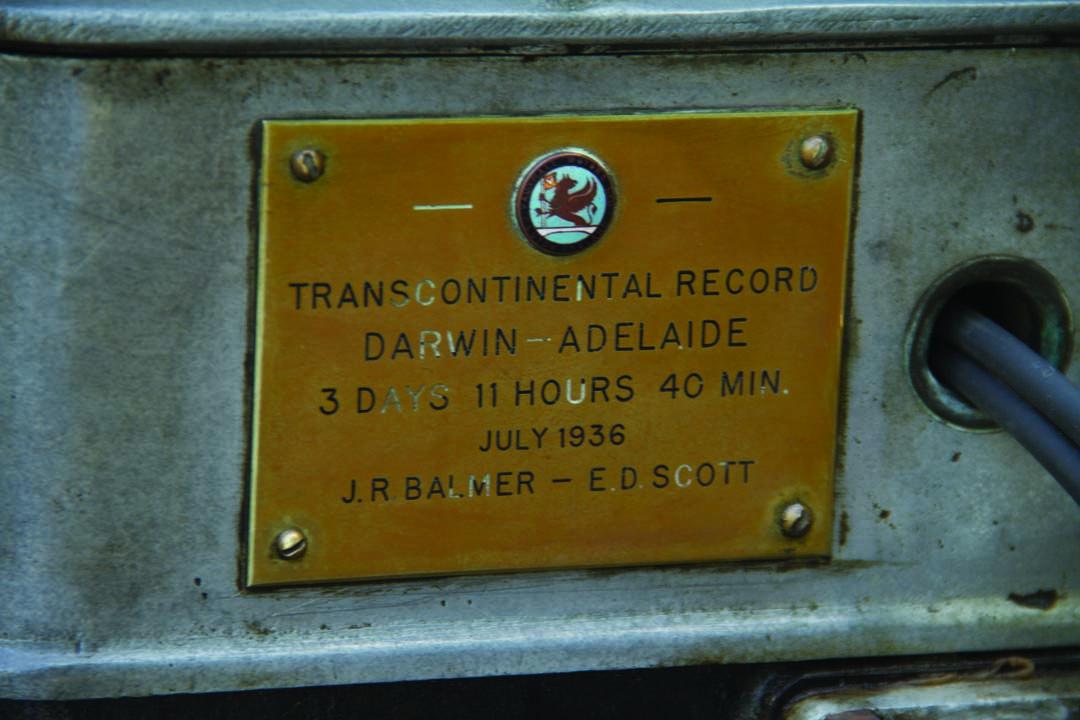 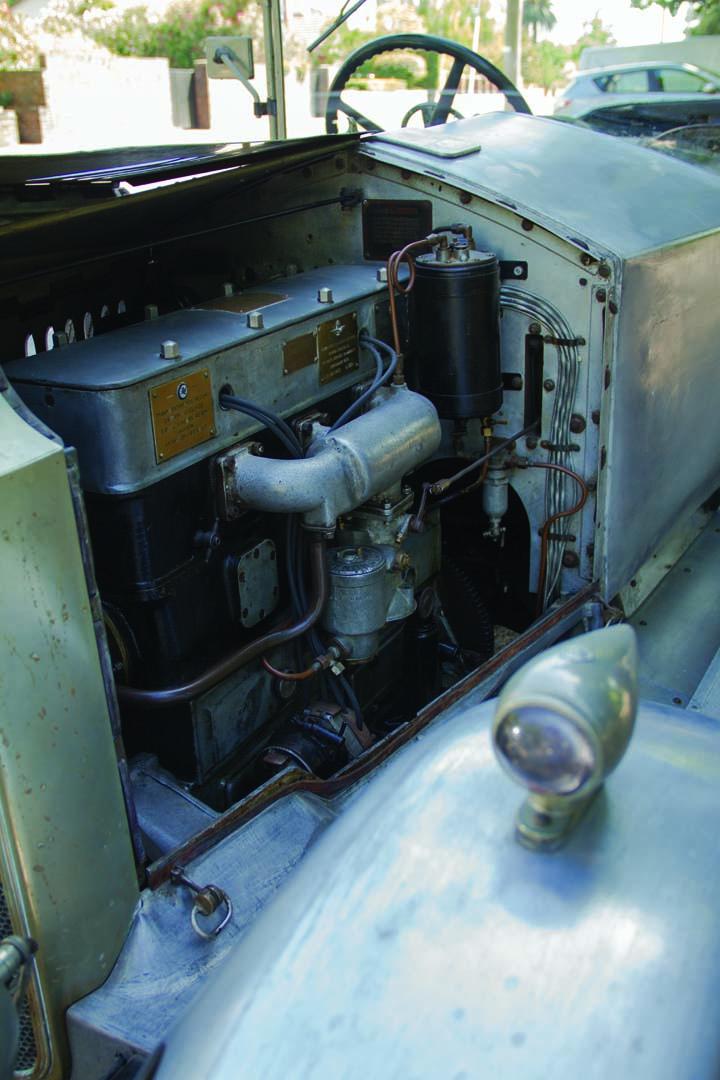 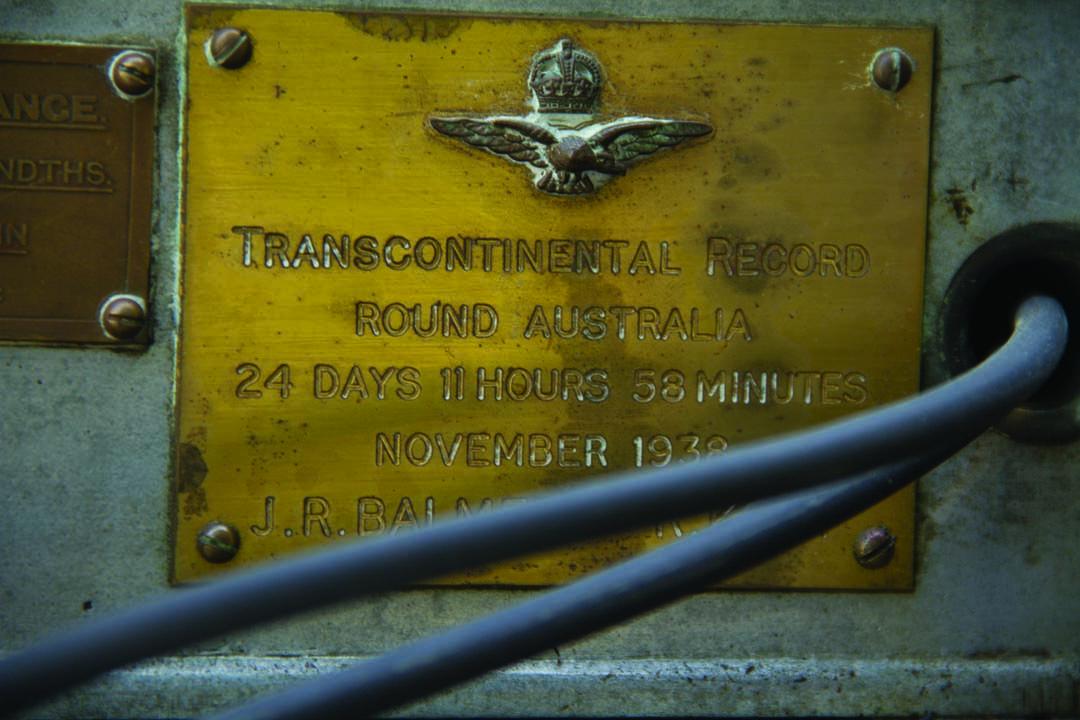