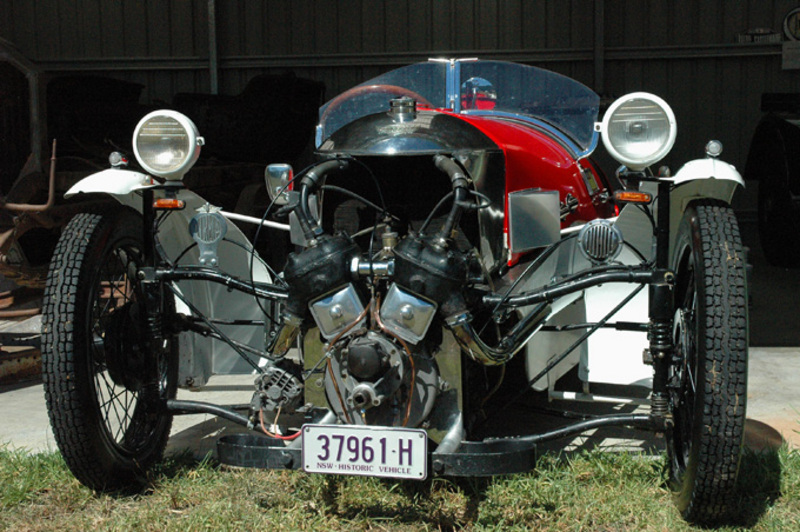 This resulted in company founder H.F.S. Morgan adopting a three-wheeled design, based on the running gear of a motorcycle, making it affordable and repairable by a local motorcycle mechanic. The Morgan was popular during the 1930s in Britain due to the tax advantage that allowed the three-wheeled car to be registered as a motorcycle.

The three-wheeler with V-twin motorcycle power quickly become Morgan's trademark - the suspension, drivetrain and general layout remaining a feature of the company's products from the first customer car in 1910 right through to 1953.

Derided as basic and simplistic, the concept was in fact the very reason for its enormous success. The Morgan three-wheeler used a rigid frame, independent front suspension, was lightweight and could accelerate as fast as any car produced at that time.

The Morgan three-wheeler was considered in many quarters as a motorcycle and sidecar. Notwithstanding, the three-wheeler runabout won many races, and in 1930 driving a 1100cc J.A.P. racer, Gwenda Stewart broke the Hour Record at a speed of over 100mph.

In its 1932 catalogue Morgan said, "Our idea is to overcome the problems of Motor Cycle discomfort and fatigue, and to enable the public to enjoy light car comfort, with greater speed and economy, but with considerably less initial outlay and running costs." To capitalise on the market Morgan offered five different economy, family and sport models. Every model had electric lighting (replacing the Acetylene lamps), electric starting, a hood and a suction windscreen wiper.

A new model for 1932/33 was the Sports Family Model, which was "produced to meet the demands of the family man who desires comfort as well as maximum speed and acceleration. The seats are all covered by the hood in wet weather and there is ample accommodation for two children or one adult in the back seat. The chassis is a special one, similar to that used on our Super Sports Model, but 4 inches longer."

This model was powered by either the 10/40 OHV or water-cooled SVJAP engine. The Aero model was also offered in two and three speed models, while the Super Sports Model boasted a lowered chassis, special front axles and under slung rear springs. The body was special throughout, streamlined with hinged tail that could be lifted to access the back wheel. The petrol tank was detachable and fitted in front. The seats were slightly staggered. A Vee screen was fitted and the front wheels covered by close-up fixed mudguards. The body and chassis could be painted any colour of choice.

The Super Sport Aero was the sportiest configuration of the several designs offered in 1933. This was also the first year of the improved chassis, which for the first time included a self-starter, three-speed transmission and reverse gear. The doors were optional accessories. The three-wheeler was offered in both two and three speed models in Family and Aero specification, with the top model being the three-speed Super Sports. Power was supplied from the 8hp air cooled, or water-cooled J.A.P. engine.

More than a motorcycle, and not quite a car, the Morgan remains the best known and the finest of the British 3-wheelers. 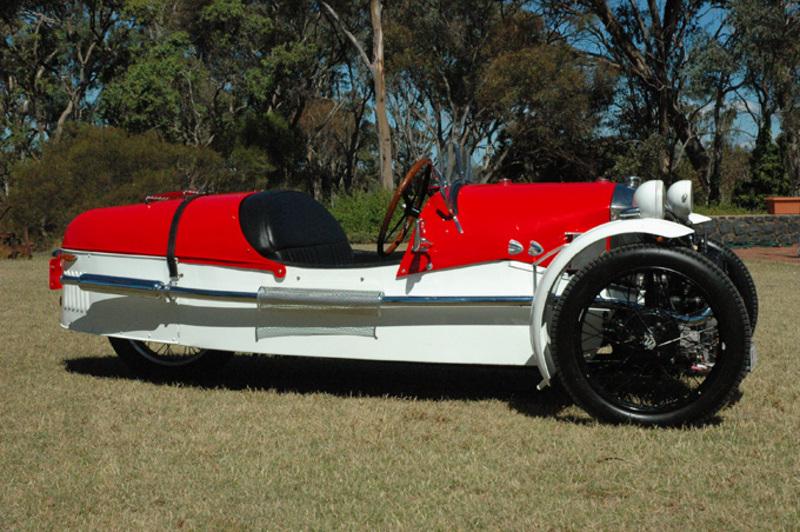 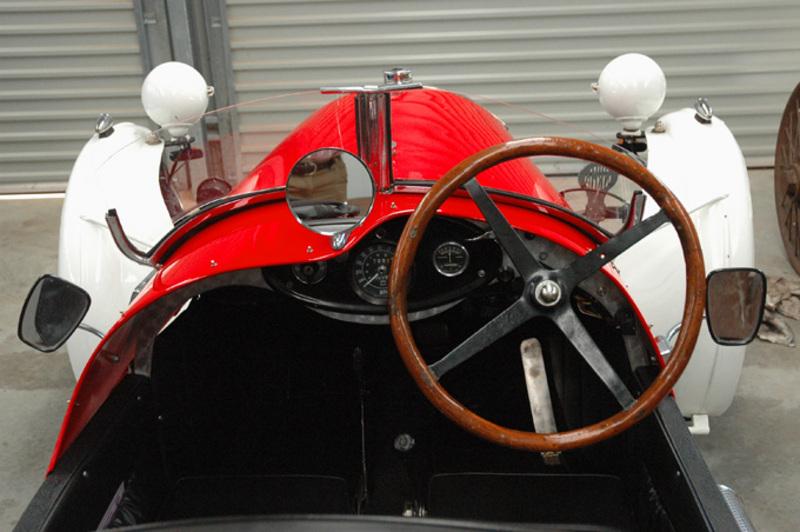 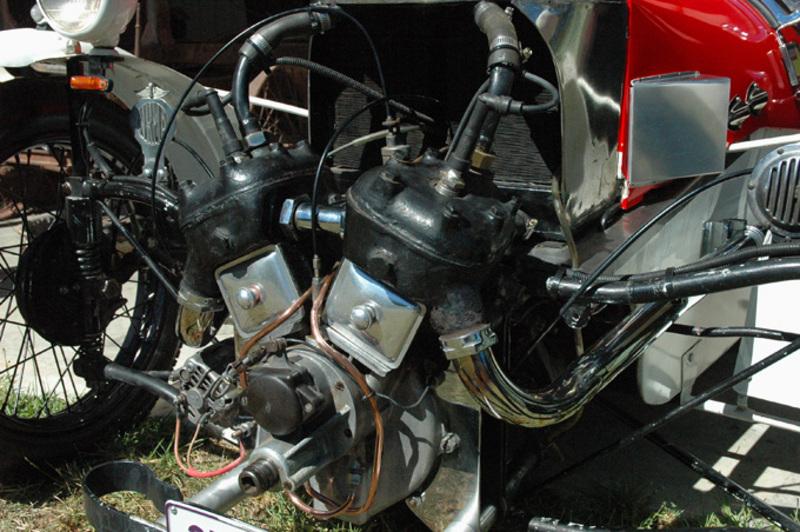 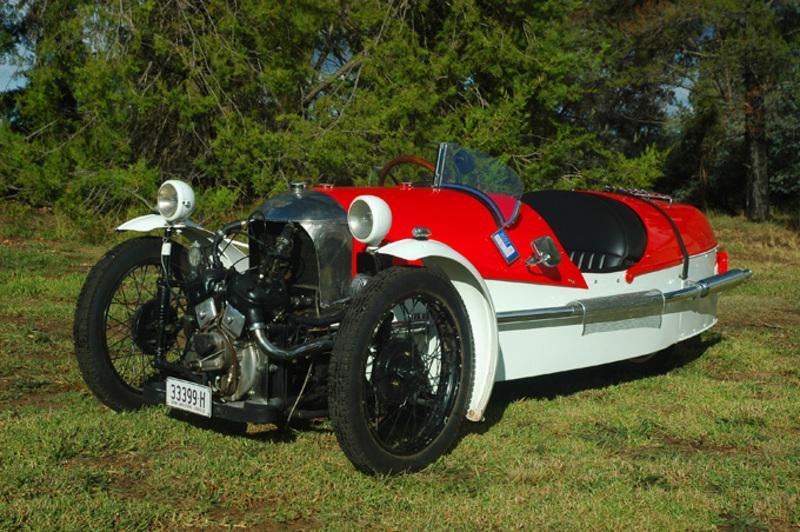 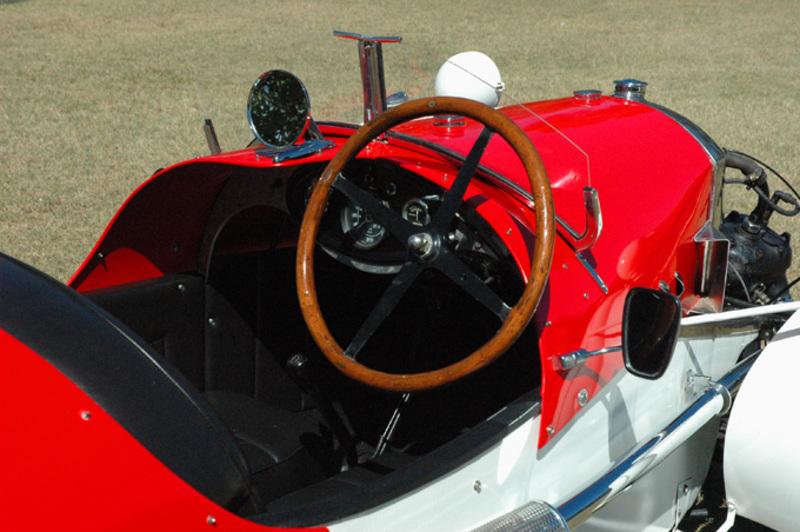 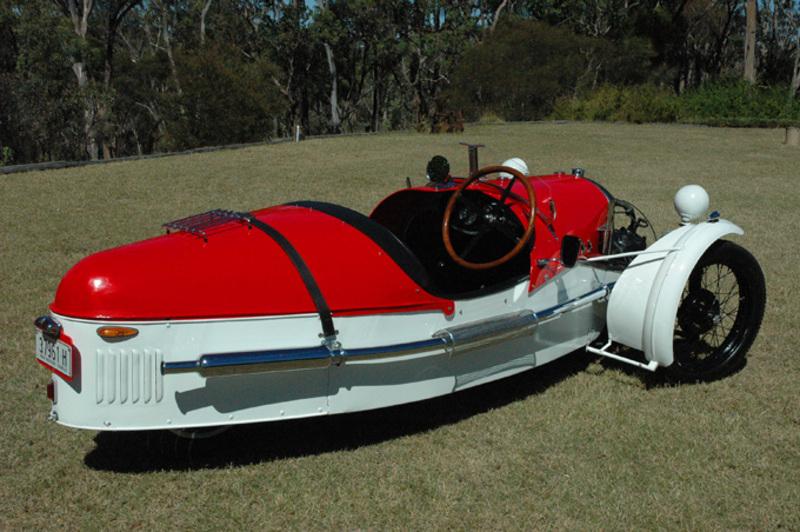