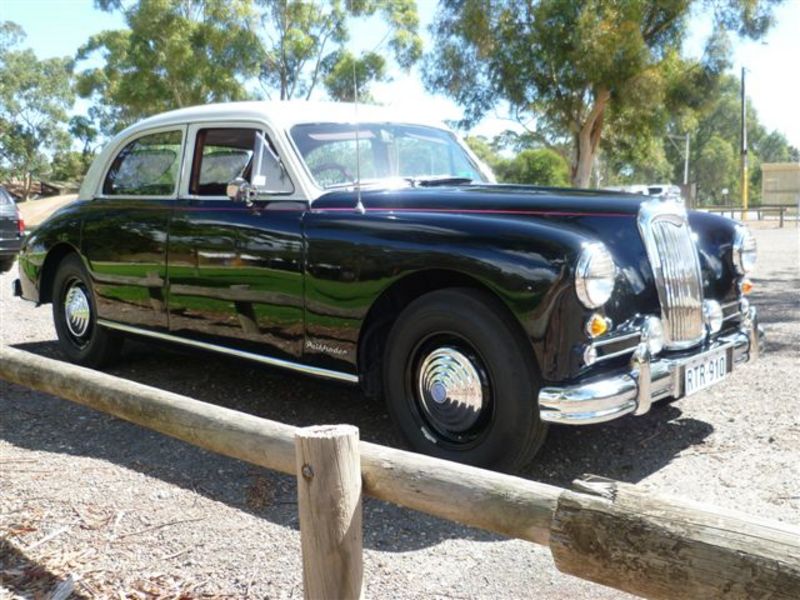 Introduced in 1953 as a replacement for the Riley RMF 2 1/2-litre saloon, the Pathfinder had no obvious rival until the Jaguar Mk 1 2.4 made its debut in 1955
By 1956, the Riley Pathfinder model RMH was nearing the end of its production life.

Introduced in 1953 as a replacement for the Riley RMF 2 1/2-litre saloon, the Pathfinder had no obvious rival until the Jaguar Mk 1 2.4 made its debut in 1955. At launch, its closest competitor was the smaller and less powerful Sunbeam-Talbot 90. While well known and respected as a sporty and luxurious marque in the pre-war era, Riley was already starting to lose its identity under the leadership of the Nuffield Organisation, which was only exacerbated when all Nuffiled brands, including Riley, became part of the BMC empire in 1952. In many ways, the Pathfinder represented the last of the recognisable - and respected - Riley models before BMC's 'badge-engineering' got into full swing.

The Pathfinder's smooth, streamlined body was typical of Gerald Palmer's approach to styling in the early post-World War 2 years. Palmer also designed Jowett's fastback 1946/7 Javelin and the 1952 Wolseley 4/44. On the Pathfinder, twin foglights on either side of the distinctive thick-rimmed curving vertical grille smartened the frontal appearance. An oddity on the Pathfinder's front end design is the "radiator cap" which is actually the bonnet release safety catch. At the back, the boot was a very useful 11 cu.ft, with two small wooden lockers on each side of the boot floor, to carry tools, etc. The bootlid was counterbalanced to self-support when open, with the spare wheel mounted on a wind-down tray underneath.

Following on the heels of the Pathfinder's launch in 1953, the Wolseley 6/90 appeared in 1954 with almost identical bodywork. This was a period of modern idiom "slab-sided" styling which was a direct result of the Austin-Morris BMC merger in 1952. Italian styling influences are especially evident, foreshadowing BMC's tie-up with PininFarina in later years. Despite similarities in appearance, the Riley differed from the Wolseley in several respects. The Pathfinder's engine was the tried and true twin high cam 2.44-litre four-cylinder unit (identified by a light blue Riley grille badge) which had been around since 1937. By the mid-1950s, output had been considerably enhanced to 110bhp, making the Pathfinder a genuine 100mph (160km/h) car, no mean feat given its substantial 30.5cwt mass. An acceleration time of 11.7 seconds to 50mph, at a time when most British family cars took closer to 18 to hit the same mark, was also impressive. By comparison, the 6/90, which used a larger Austin straight six of 2.639 litres, had an output of only 95bhp at 4,500rpm. This engine was gradually increased to 101bhp in later models, by which time it was also being fitted to the Pathfinder's successor, the Riley 2.6.

Inside, the standard Pathfinder front seat was of the bench-type, in leather, with a folding central armrest. Bucket seats, also in leather, were a factory option. Irrespective of the seat design chosen, there was a 'step' in the driver's seat to accommodate a peculiar quirk of the Riley design in the form of a right-side mounted gear lever for the four-speed manual transmission. Back in the mid-1950s, this positioning was still thought to be indicative of a prestigious automobile (think Bentley), and despite its impracticalities, was retained for the Pathfinder, and remains a point of interest on these vehicles today. From the outset of Pathfinder production, a four-speed manual was the sole transmission offered, although Borg-Warner overdrive was available as an option. Late in 1956, at the tail end of Pathfinder production, an automatic transmission did become available, but very few Pathfinders were fitted with it.

The beautiful walnut dashboard was common across the Pathfinder's lifespan, but there was a change of note for 1956. The glovebox, which had been originally set back under the dash fascia, was brought forward to sit flush with the main body of the dash. In front of the driver sat three large dials: speedometer on the left, ancillary ammeter, oil pressure, fuel and temperature gauges in the centre; and a rev counter on the right. An HMV radio sat in the centre of the dash. Handbrake was of the "umbrella" type to the left under the steering column. There was also a manual "advance & retard" control below the speedo, between the choke lever and starter button.

Another quirk of the Riley design was the operation of the indicators. The column-mounted stalk that looked like the "normal" position for the indicators was actually the headlight dip switch. The indicators were actually operated by turning the half-moon horn ring on the huge 17.5-inch diameter steering wheel.

On the subject of steering, the question was often asked of the latter model Pathfinders like this one: why did Riley discard their excellent rack-and-pinion steering mechanism from the earlier models in favour of the vague cam-and-peg system? The reason was a pragmatic decision by BMC management. The length and depth of the Wolseley 6/90's six-cylinder engine left no room to fit rack-and-pinion. Management decided that, despite engine differences, both Riley and Wolseley would use the same steering gear. As Wolseley was the bigger seller, the unit that best accommodated the Wolseley was chosen. With no power assistance, steering is heavy at parking speeds.

A perimeter chassis is used to carry the heavy engine and body. Front suspension is by torsion-bars, rear independent by trailing arms and coil springs, axle location secured by transverse Panhard rod. On the suspension, automotive legend has it that a pre-production Pathfinder skidded backwards through a roadside hedge during a test drive and the driver dubbed the car "Hedgefinder", an ill-deserved nickname which somehow later became modified to "Ditchfinder".

There were also early problems with the rear suspension - the Panhard rod fastening being not quite in the right place, causing it to snap. A second rod was added for a brief period of the production run, but was found to be superfluous once the main rod was correctly relocated. This had been fixed by the arrival of the 1956 models, with most earlier Pathfinders likely to have had this amended by now, too. From November, 1956, until Pathfinder production ended in February, 1957, the last 98 cars built reverted to semi-elliptic leaf springs at the rear, most likely to cut costs. Other changes of note on the Pathfinder for 1956 included the substitution of chrome side flashes, which had characterised early models, with a finely-painted coachline. The option of two-tone exterior colour combinations was introduced in August of 1956. Front quarter-windows, missing from early production examples, had been incorporated on the '55 production run, so were standard by 1956.

Today, Rileys are in the arena of Standard, Humber, Singer, etc., as something of a forgotten marque. RM Series Rileys, while certainly better in most respects than the aforementioned models, are hard to find, but most who own them agree the hunt to find one is worth it. Of the total production of 5,152 Pathfinders, only about 300 came to Australia, so they're a rare sight here, and thus rarely come up for sale, too.

For all its performance credentials, quality of engineering and high standard of finish, it should be noted that the Pathfinder was by no means perfect, but most issues were resolved before the arrival of the '56 models. A brake power booster, fitted under the offside rear seat, works very well, but early ones tended to seize up, rendering the car totally immobile until repaired. Other early problems included dust and water leaks, but again, everything seems to have been sorted by 1956. Like all British-built cars from this period, body rust is a continuing worry, with the Riley not immune to the problem.

Given the poke of the 2.44 engine, the Pathfinder can be a lively drive, but more as a grand tourer than sportscar. It's at its best cruising on the open road. It's very comfortable at 55mph (90km/h), but is capable of much more in the hands of an adventurous driver who may not be so concerned with the car's longevity. Fuel consumption is quoted as 19.5mpg, but 22mpg is easily achievable at moderate speeds. Find a well-cared for, or restored example, get your head around the "wrong" position of the gear lever, and a Pathfinder can be a joy to both own and drive.

Thanks to Bill Watson for the content of this article. Bill is the seller of the car featured. 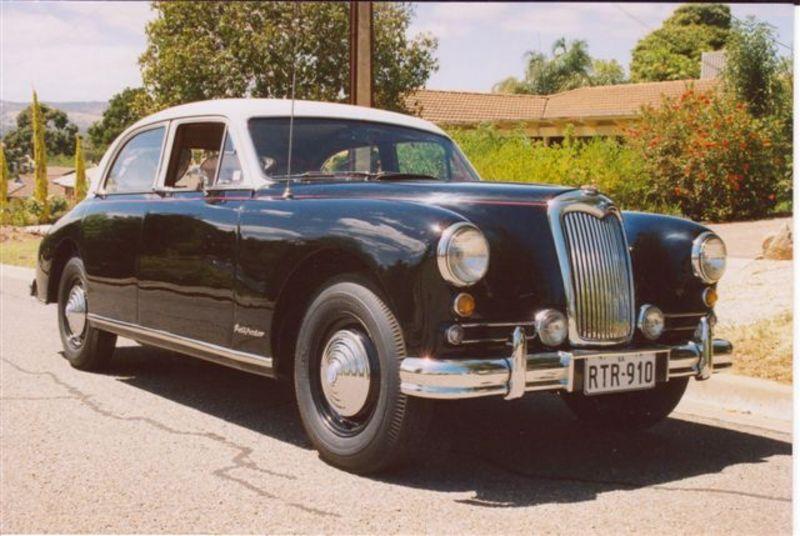 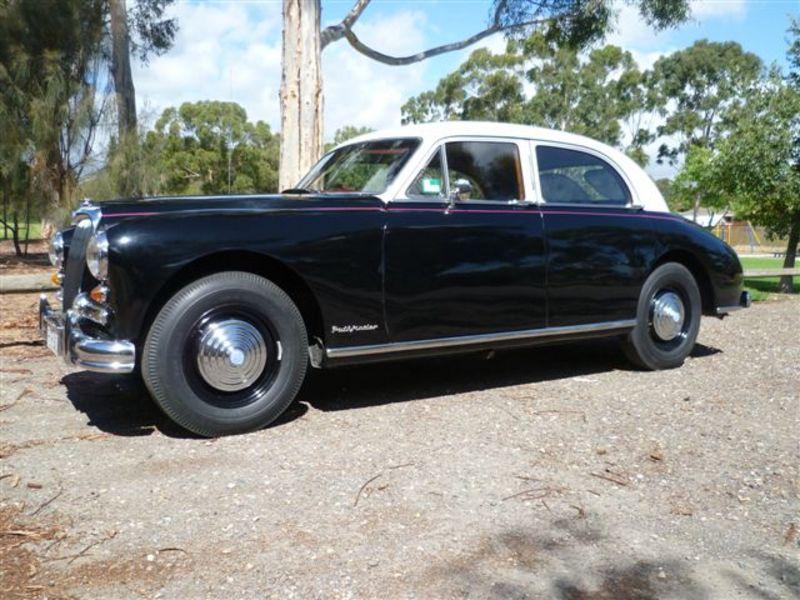 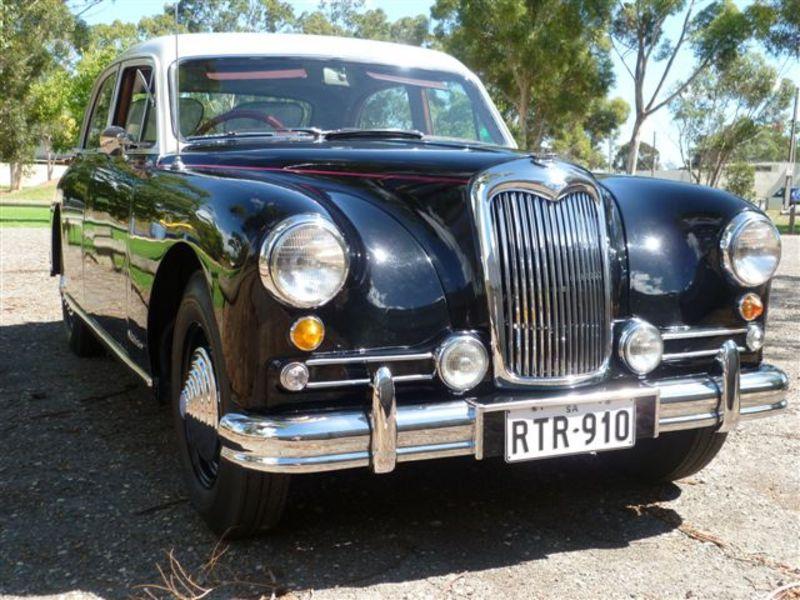 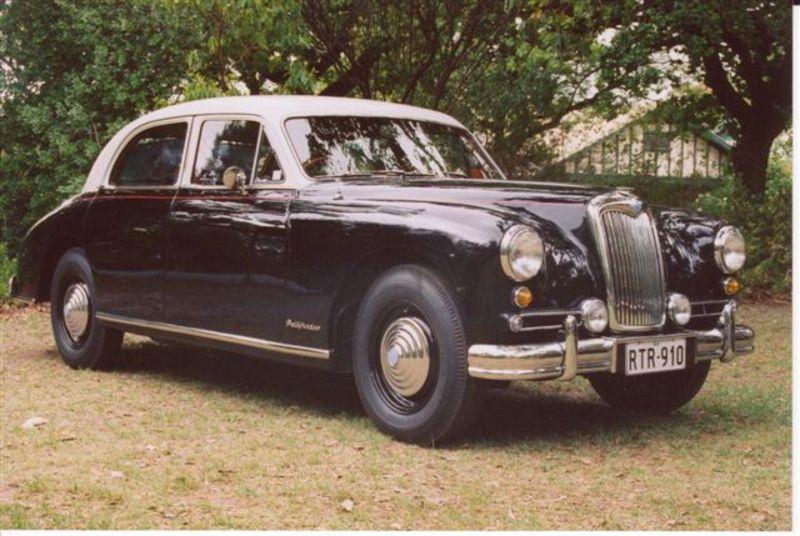 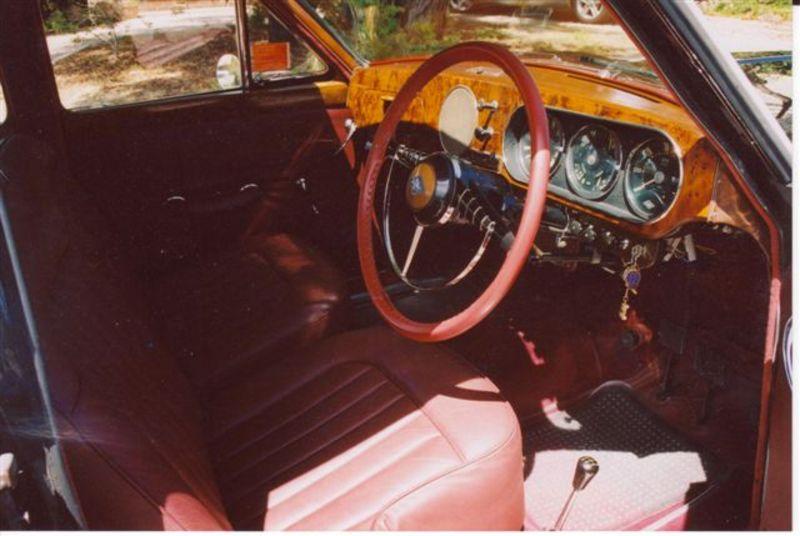 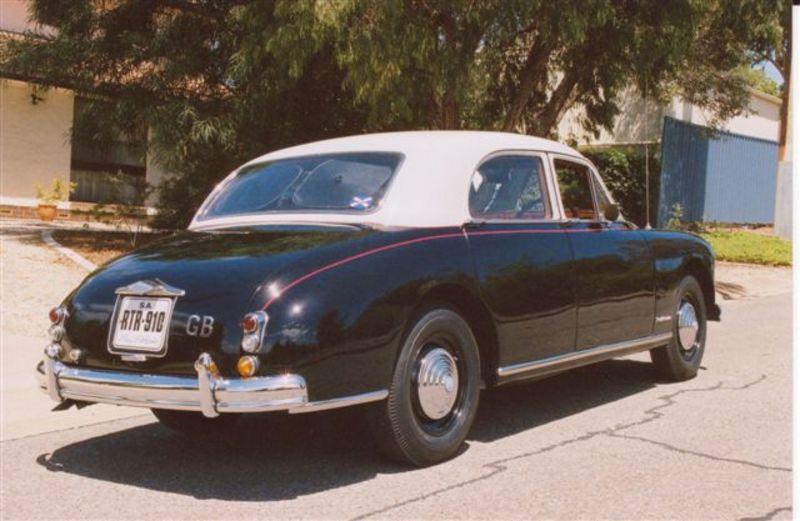