The first priority for Cortina devotee, Richard Coles, after stepping off a long-haul flight from Blighty, was to find a sweet set of wheels to help get him around his new home. It took no less than 24hrs to secure the purchase of a 1968 2 door Mk2 Cortina.

Richards obsession with Mk2 Cortina’s started in the UK over 37 years ago when he was just 15 years old. He fell in love with his neighbours’ Jet Black Mk2 Cortina GT. Richards first car was a burgundy black cherry Mk2 Cortina 2 door 1600 GT. There have only been very brief periods since than that he has owned one. Now settled in Australia, he has now shipped out the two Cortina’s he previously restored whilst living in England.

The Cortina was the replacement to the Ford Consul Classic which ceased production in 1963. The Cortina went through 5 generations before being replaced by the Ford Sierra in 1992.

The first two generations for the Australian market were largely based on the UK versions. When the MK3 was released here in the late 70’s, Ford Began fitting the 200 and 250 Falcon engines to remain competitive against local rivals, whilst still offering the UK based 1.6 and 2.0 engines. 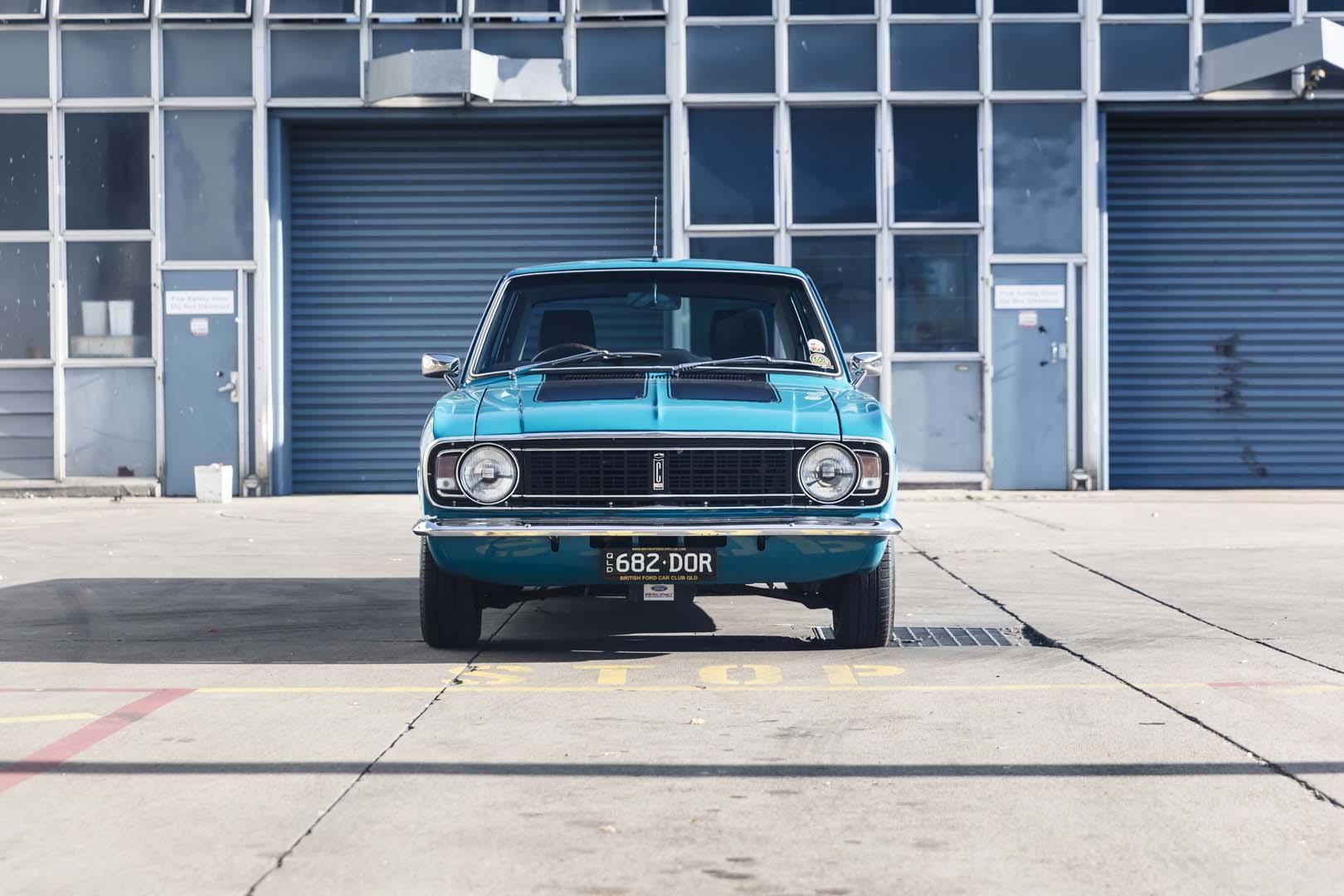 There were a number of performance variants available through the generations including the iconic Lotus Cortina (produced in house at Ford after the MK1) and the popular high spec GT version.

On inspection of the MK2, Richard could see it had potential. His wife, who was still back in England at the time, wasn’t surprised that he had managed to acquire a Cortina, only how quickly it had happened. Since then, the car has seen a custom restoration at the skilled hands of Richard and pays homage to Cortinas of the era through subtle nods and mods – If you know what to look for.

The priority was to ensure the car was mechanically sound but spare parts were relatively scarce in Australia for the Mk2 at the time. Richard spent many a late night on the phone to his wife Joan, back in England, instructing her where he’d stashed spare parts around the house and garage. ‘Go up the ladder, turn to your right, third box on the left.’ Joan, ever supportive of Richards passion, shipped the parts out to Australia allowing him to continue work on the MK2. 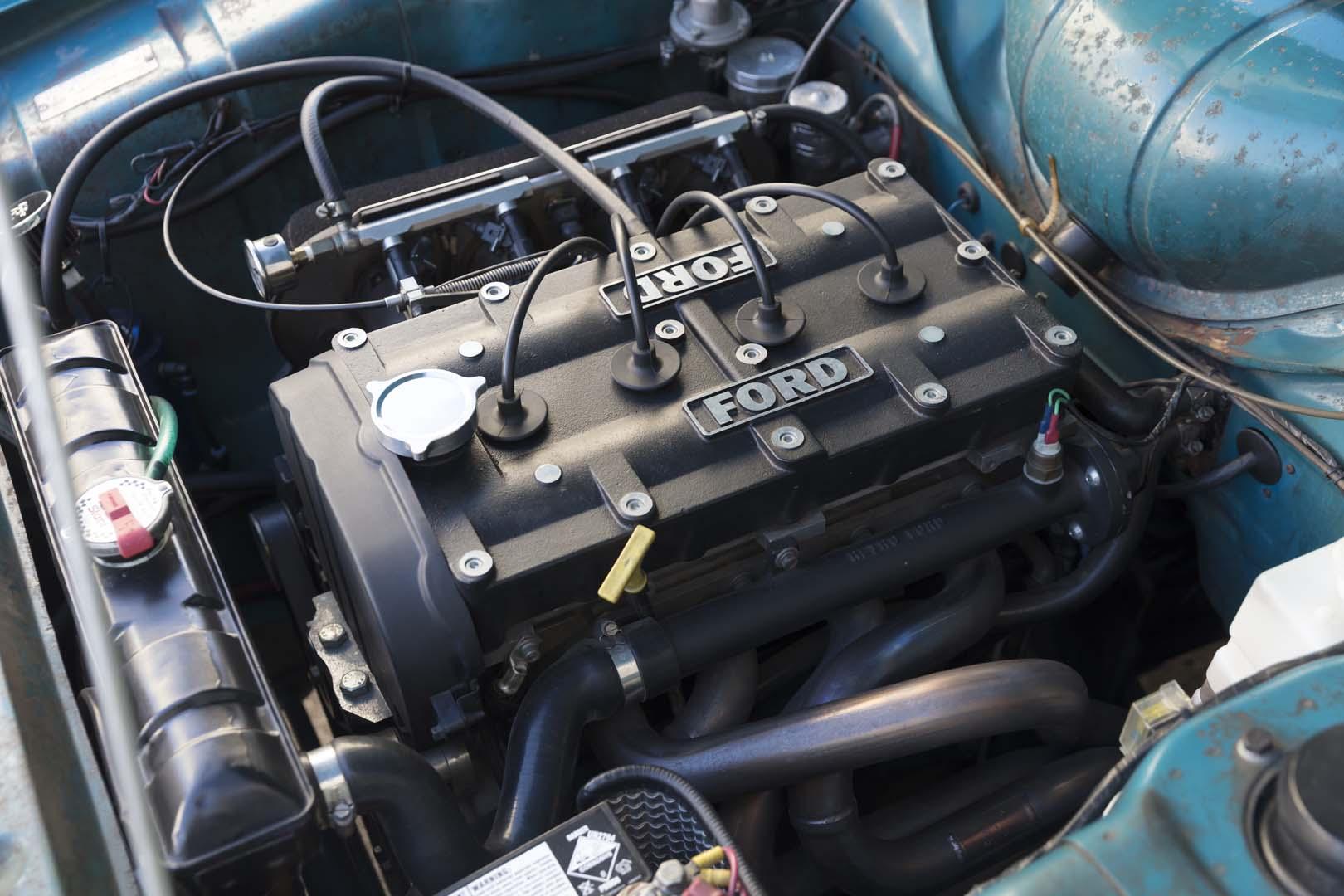 Once a trickle of spares started to arrive, work begun on upgrading the Cortina to GT spec. The process was slower than normal as this was a daily driver for Richard. The commute had taken its toll on the car and the original tired 1600 crossflow engine was replaced with a similar reconditioned one.

Still unsatisfied, the idea of replacing the crossflow with a more modern Ford engine began to germinate with Richard.

A chance meeting with Steve Wilson of Wilson Racing Services at Lakeside raceway resulted in Richard purchasing the same 1.8 litre 4-cylinder Ford Zetec engine supplied to Ginetta for their Ginetta G40 range. The Zetec is good for producing around 135bhp and this particular engine only had 90km on the clock. 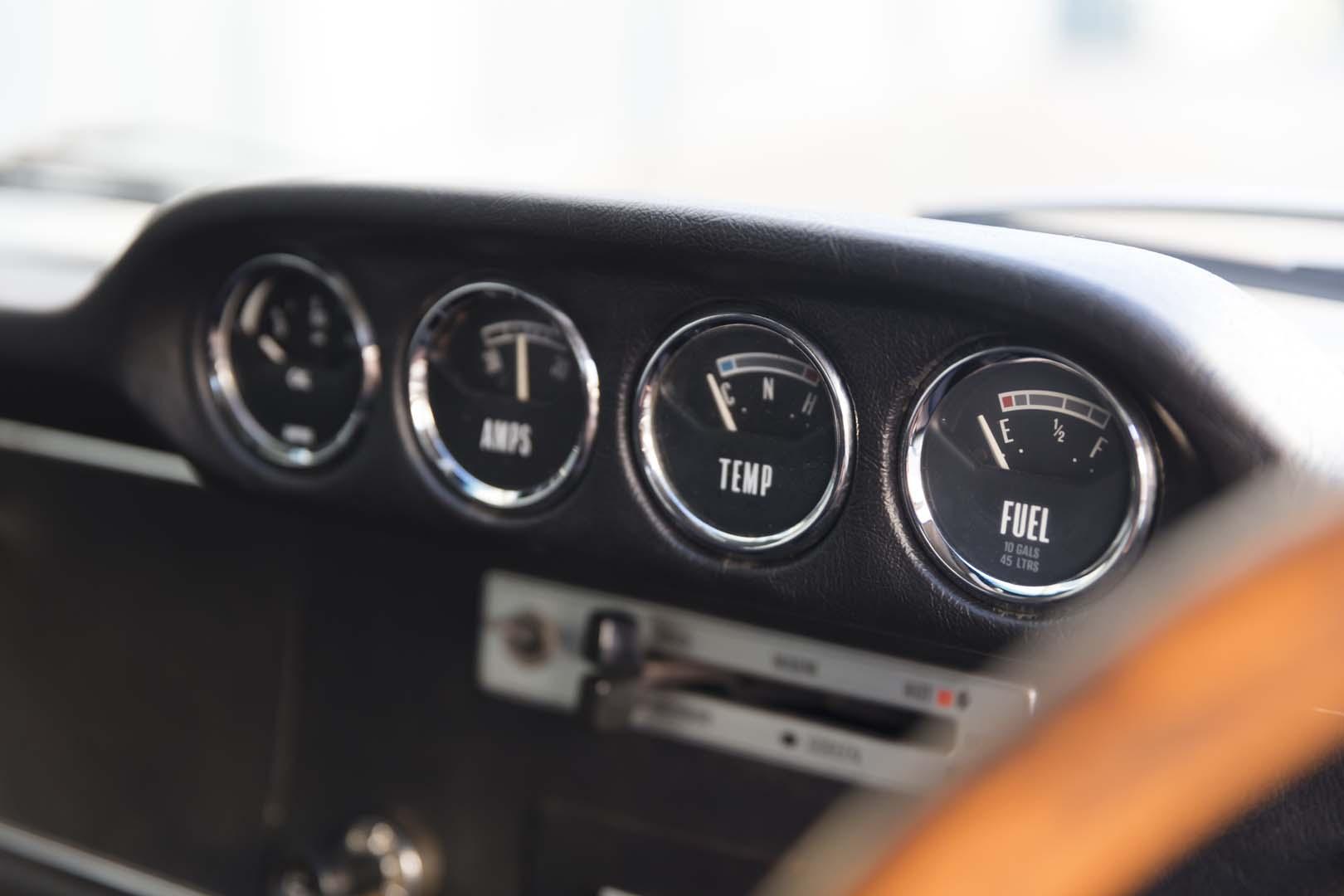 The installation of the Zetec was handled over a weekend with all the swap over parts to make it fit into the Cortina supplied by Retro Ford in the UK. It took a little longer to get the MBE engine management system working satisfactorily and Wilson Racing Services were bought in to help get things running properly with the Zetec.

Richard sourced and fitted a Type 9, 5 speed gearbox with an AP racing clutch and 3’77:1 diff in the rear. Upgraded camshafts and a Jenvey fuel injection system, oil cooler and a full stainless steel tuned exhaust and extractors round out the mods under the hood.

Suspension and brakes have also been bought up to GT / Lotus Cortina spec and to aid with the added power. 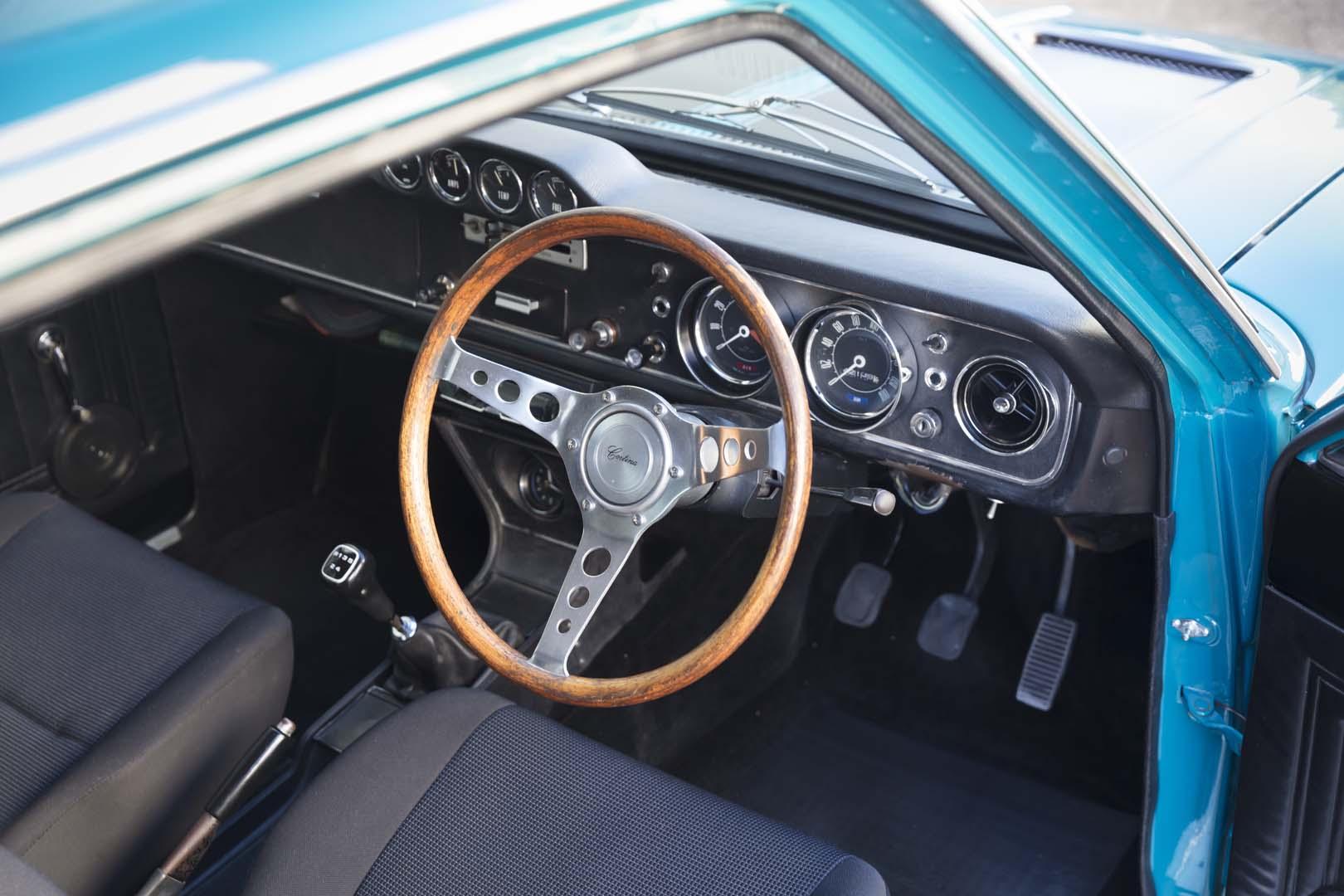 After a dyno tune, the Zetec is now pushing 150 bhp at the flywheel and around 120 bhp at the wheels with room to tune more if needed in the future.

With mechanics sorted, attention turned to the body work and although the car was solid, some cosmetic work was needed on the floor and body panels. There were some variations in colour from a previous re-spray, so it was stripped down to bare metal to make sure there was a good foundation to work from.

As the car is still being used as a daily driver, the panel work took a little longer than anticipated. Finally, after 8 years, the MK2, was ready to go to Weavers Autobody Restorations for the re-spray. 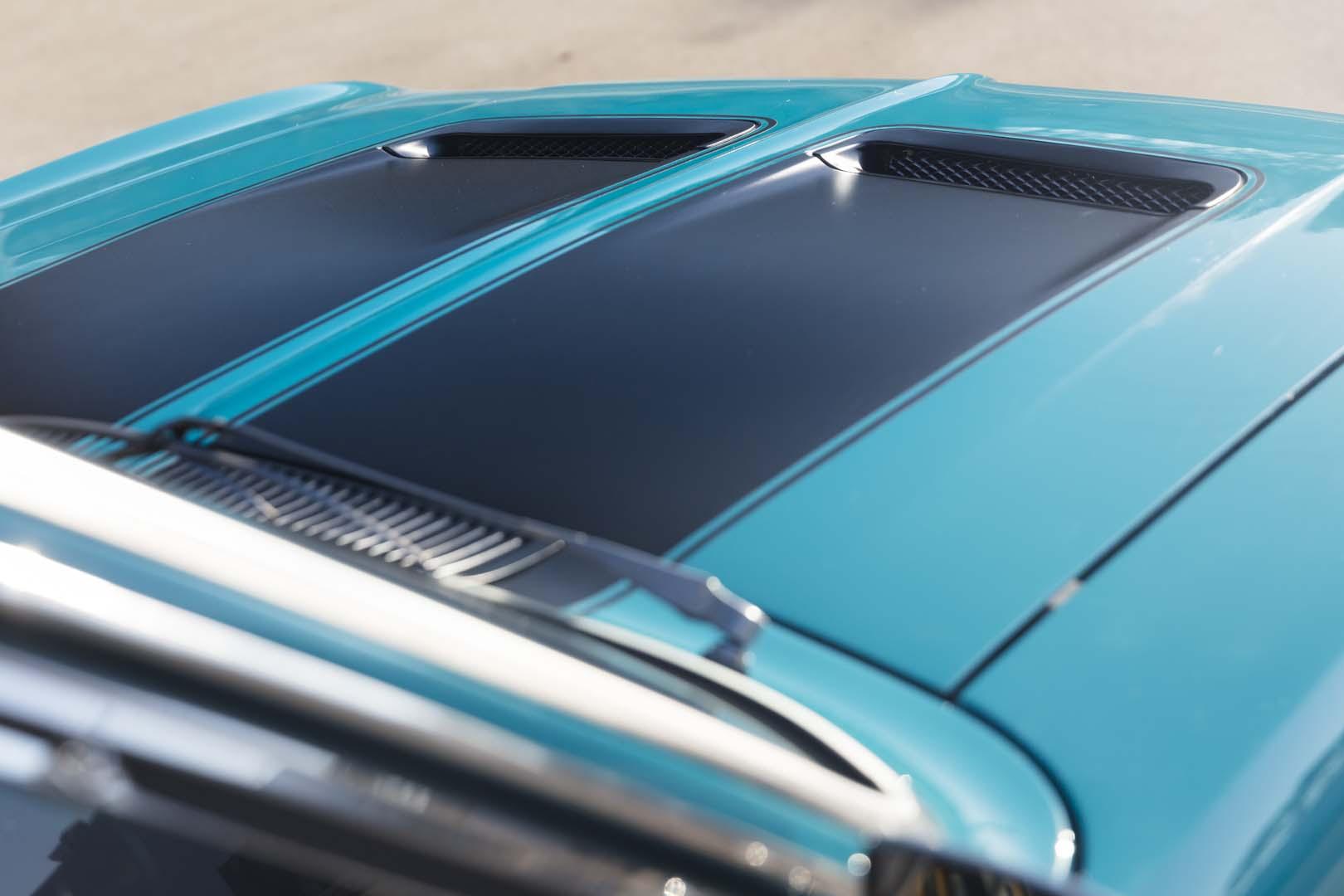 The Mk2 was re-sprayed in Opal Glow, a Ford Australia colour, which was used on the Falcon as well as the Cortina in 1969 and 1970. Satin black accents adorn the side and rear. These were applied using templates from the Mk2 Lotus Cortina workshop manual which gives an authentic period look to the side stripes.

A refurbished bonnet was fabricated by Weavers Autobody Restorations to include vents from a period Ford Mustang. The vents help with airflow and is a nice custom touch. The bonnet stripes were also used on both Australian GT Cortina’s as well as the Ford Mustang.

Period correct 5 1/2 J Lotus steel wheels with original hubcaps complete the custom GT look outside. Not being a Lotus, Richard decided not to fit the Lotus badges on the rear quarter panels. Instead, he had custom badges made with TC (Twincam) in them in the correct font style of the GT badge. Although he did fit the ‘Twincam’ badge to the boot. 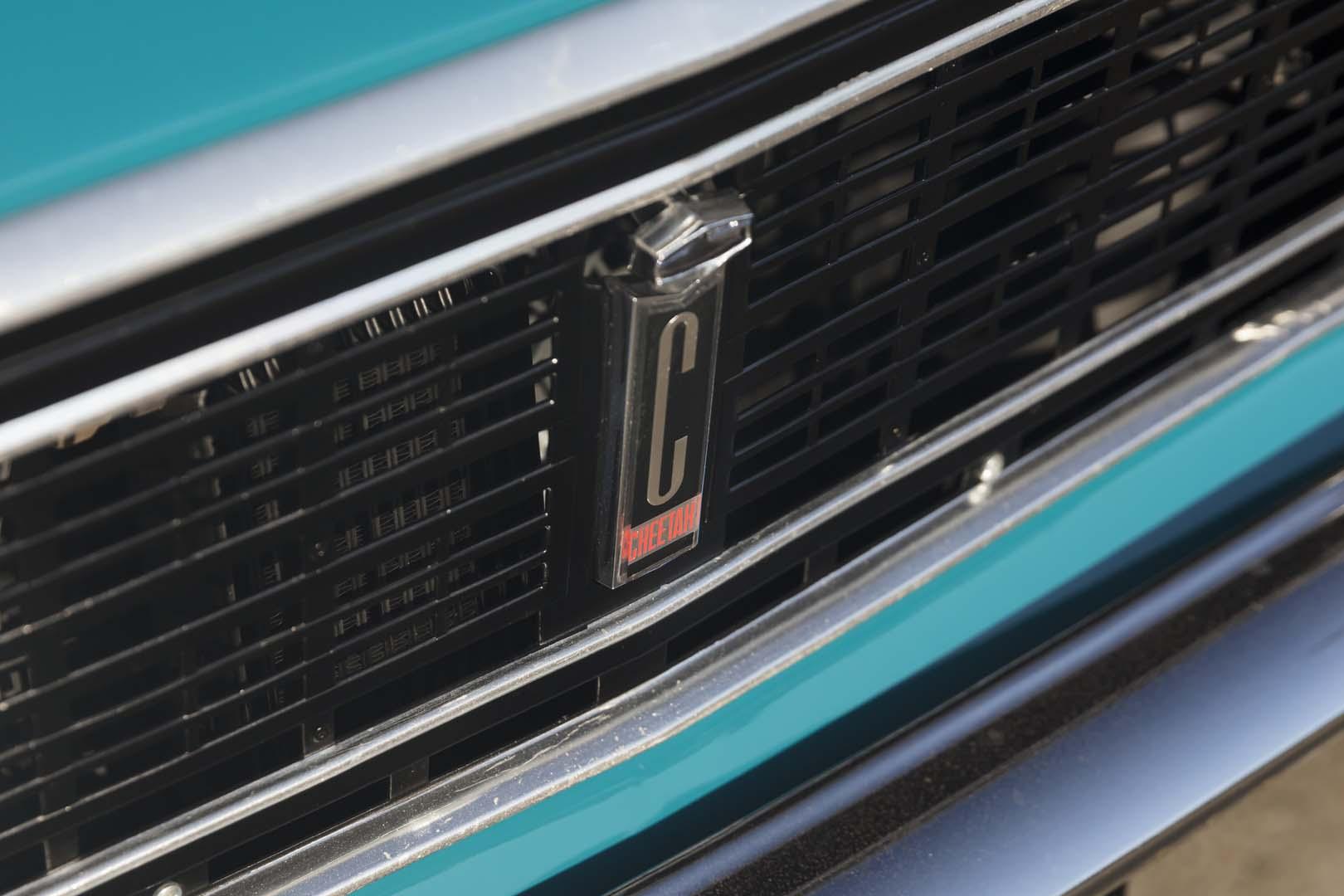 If you look closely at the Cortina badge in the center of the grille, you’ll notice the word ‘Cheetah’ below the ‘C’. The Mk2 Cortina Cheetah was a development by Jeff Uren owner of ‘Race Proved’ in the UK. The ‘Cheetah’ ran the 2.5 litre V6 Essex as opposed to the Mk2 Cortina 3.0 litre Savage version which is far more widely known about.

The interior, with the exception of the front seats, was re-trimmed to factory pattern. New carpets were fitted together with a new cover for the original back seat and a new headlining. The dash is GT spec and is topped off with a rare Styla wood rim GT steering wheel which was offered in the 1960s as an aftermarket accessory. Bright work was upgraded, and new door mirrors fixed.

“The car has got plenty of attention over the years” Richard says “It’s great fun and makes good sense in today’s driving world. I like the stock sleeper look, personally. It’s been a journey of great fun from its humble days as a standard 240 and transforming it into the car it is today. Still, it’s not totally finished, when I get time to take it off the road I will be painting the engine bay and the boot area. You can’t do it all when you use it all the time.” 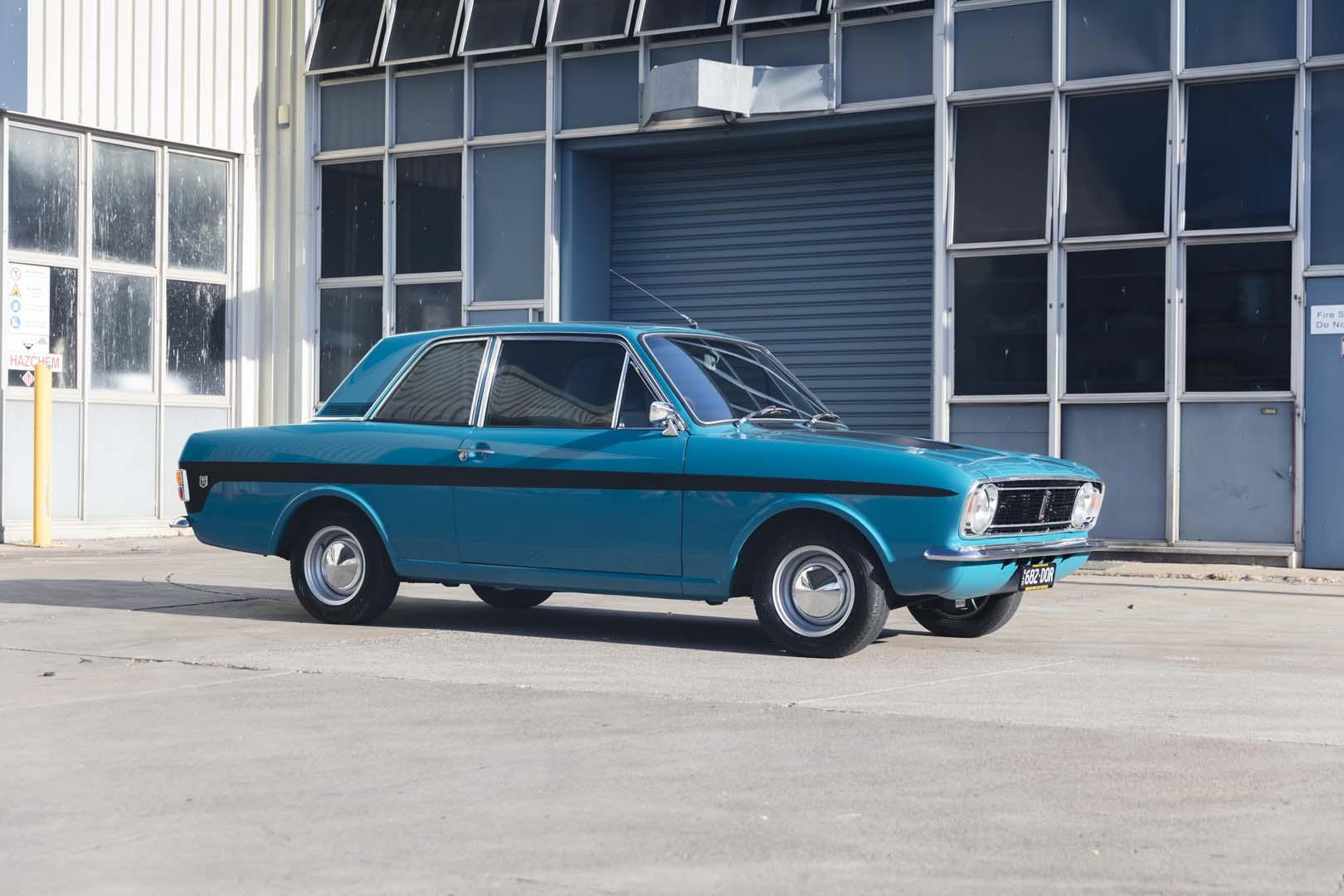