By 1967, the Shelby sideline of high performance Mustangs had become a nice little money spinner and image builder for Ford. However, the Shelby Mustangs were lacking in two areas.

The solution? Transfer production to a company that could produce the numbers to satisfy the Blue Oval hierarchy, and make a few compromises in order to appeal to a wider variety of drivers.

This reduced transport costs, while the ability of Smith, under the new name of 'Shelby Automotive, Inc', to assemble cars in greater quantity than Shelby could hope to, no doubt kept Ford's bean counters happy, too.

The second of Ford's requirements was met by adding more comfort options to appeal to drivers who wanted the Shelby look, but neither needed nor wanted out-and-out Shelby performance.

This is probably best reflected in the addition of a GT 350 convertible to the product line for 1968, a body style Shelby himself never previously offered. 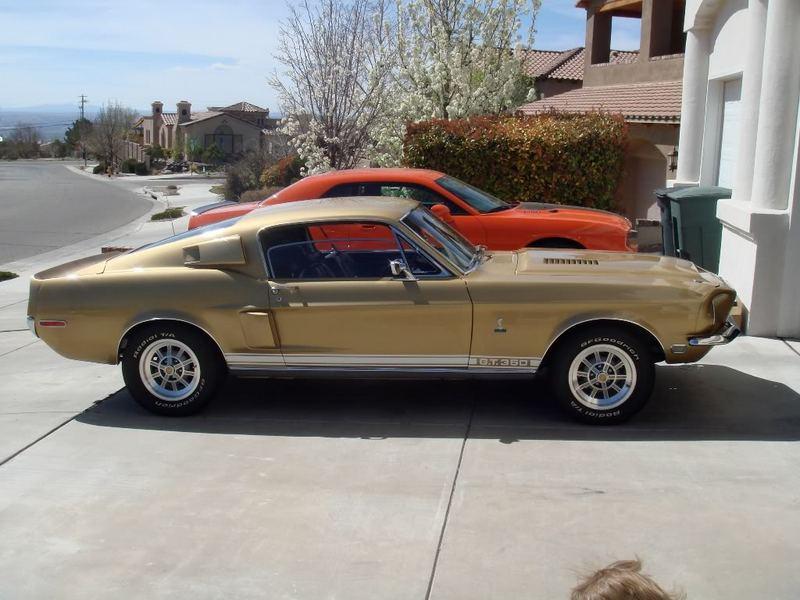 The standard production Mustang received its first major change in 1967, so there were few changes for 1968. Shelbys followed suit, which meant 1968 GT 350s differed little from the previous year's offerings.

As before, fibreglass scoops, nose and tail/spoiler sections added length, and arguably bulk, to the GT 350's appearance, but these extensions served their purpose in visually distinguishing Shelbys from a standard Mustang fastback.

Lanyard-style bonnet pins were replaced with turn-screw fasteners, but the factory bonnet latch was retained, so the bonnet pins became largely decorative. 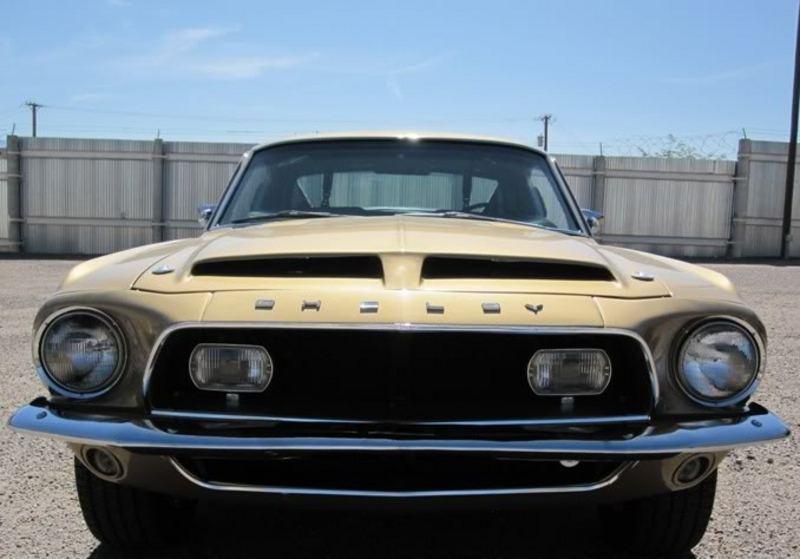 The earliest GT 350s featured Marchal driving lights in the grille opening, but problems saw these units recalled and replaced with Lucas lights, which remained for the rest of 1968 production.

As in previous years, the Shelby Mustangs carried no 'horse and corral' emblem in the grille. At the rear, the Thunderbird sequential tail lights were continued as per the 1967 GT 350s and GT 500s.

Broadly-spaced SHELBY lettering graced the front, and for the first time, the rear of the GT 350s, too.

Eight different standard paint colours (half of which were metallics) were available, but new GT 350 buyers may have noticed a discrepancy between the shade on the body and the fibreglass extension pieces. 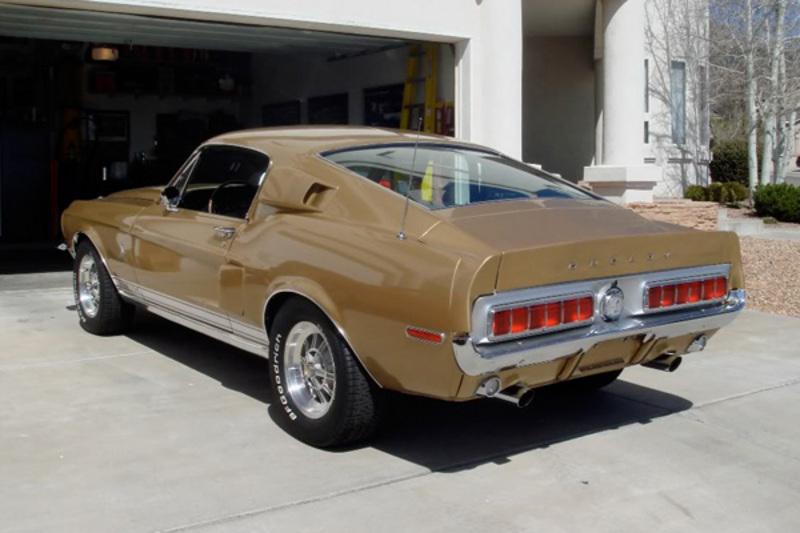 Inside, all Shelbys for 1968 were fitted with the Mustang Deluxe interior (aka Interior Décor Group) as standard, in either black or saddle colour, but curiously, some got a swingaway steering wheel and some didn't.

The option wasn't orderable, and it was apparently pot luck whether or not the GT 350 buyer got the option! Air conditioning, however, was orderable, and Stewart-Warner amp and oil pressure gauges became standard fitment in the centre console.

The previous three-spoke steering wheel was replaced with a Thunderbird-style padded item. Finally, a rollbar was fitted as standard to both fastback and convertible GT 350s. 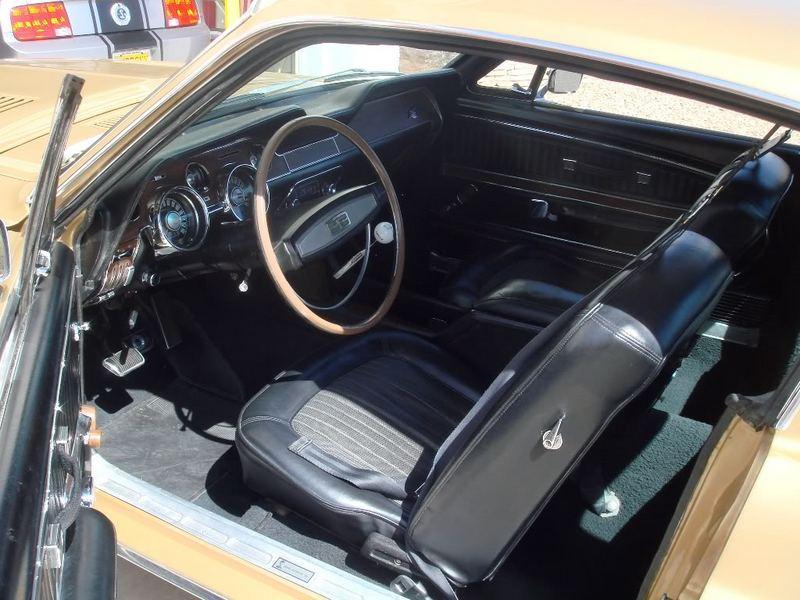 These changes were minor, but major changes on the GT 350 for 1968 were the addition of a convertible to the lineup, and the switch from a 289 V8 to a 302 V8 as the sole powerplant.

At 250hp (approx), the 302 offered 50bhp less than the outgoing 289, but that was indicative of the times and didn't seem to bother most buyers.

Those who absolutely wanted more horsepower could always choose the 360hp 428ci GT 500.Another alternative was to fit the optional Paxton supercharger (which added around 100hp), but it seems few GT 350 buyers ticked that box on the order sheet. 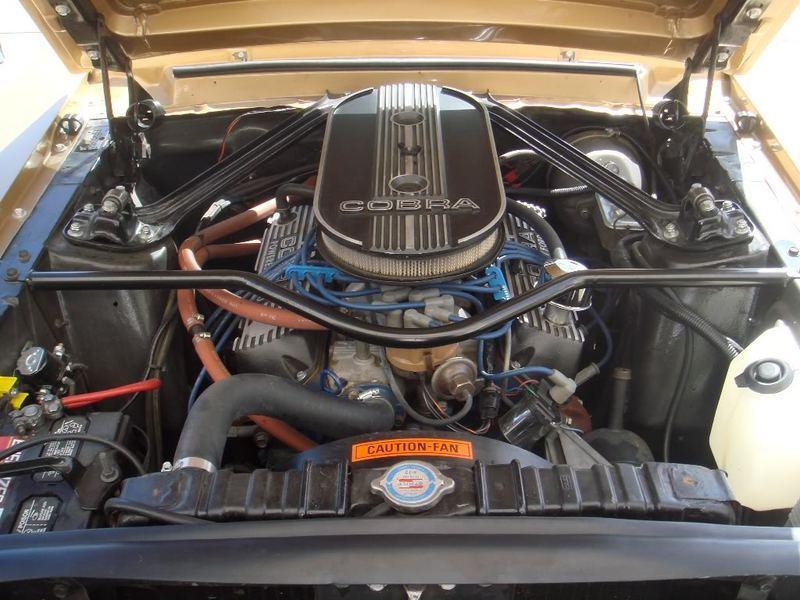 By the end of 1968, Shelby's move to A.O. Smith had paid off, at least in terms of numbers, with 4451 Shelby Mustangs built for the year, an increase of almost 38 percent over 1967 and the highest annual production total to that time.

GT 350 production increased by almost 22 percent. Included in those numbers was a return of the 'Hertz' cars. A little gun-shy after a number of the original 'GT 350H' rental cars from 1966 were raced, Hertz didn't place an order in 1967, but the decreased emphasis on performance for 1968 convinced Hertz to come back to Shelby.

This time, a mixed bag of GT 350 and GT 500s (including a solitary GT 500 convertible) were ordered, and it should be noted that these were not Hertz-specific models like the originals, but regular Shelbys, the same as any private buyer could pick up in a dealership.

Shifting final assembly to A.O. Smith not only boosted numbers, but also removed a lot of the development, space and parts supply issues Shelby was experiencing. Carroll wasn't left out in the cold, though. 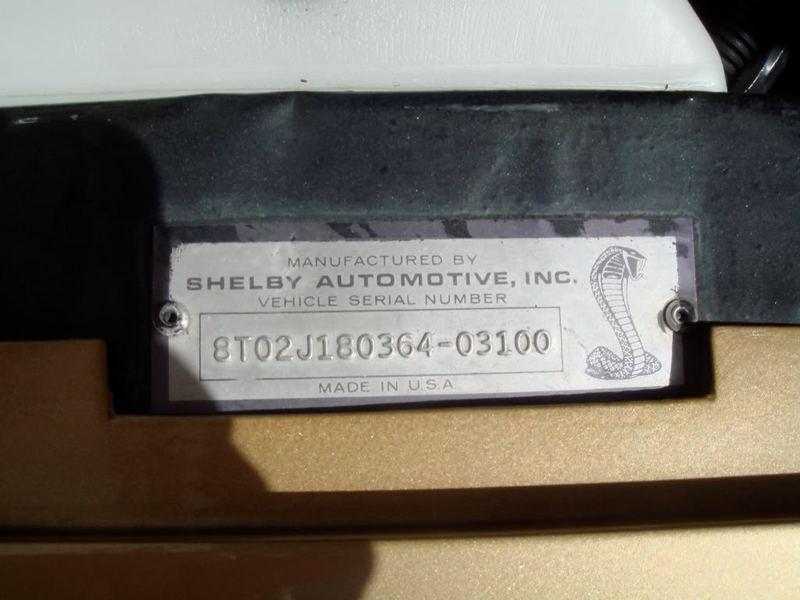 He and his team were kept busy overseeing the new models, as well as running the Shelby Racing Company and a new Shelby aftermarket parts division.

That's a little harsh. The GTs still had performance, especially the 500s, but the 'softer' Mustangs were a reaction to the demands of the market more than anything else.

Opinions on the merits of each year's GT 350 aside, the bottom line is any first generation Mustang with a Shelby badge on it is desirable, regardless of year, and a good condition Shelby will generally attract more interest - and dollars - than a standard Mustang in similar specification.