Dissatisfied with the vehicles that the major car companies were offering, one man decided to build his own. 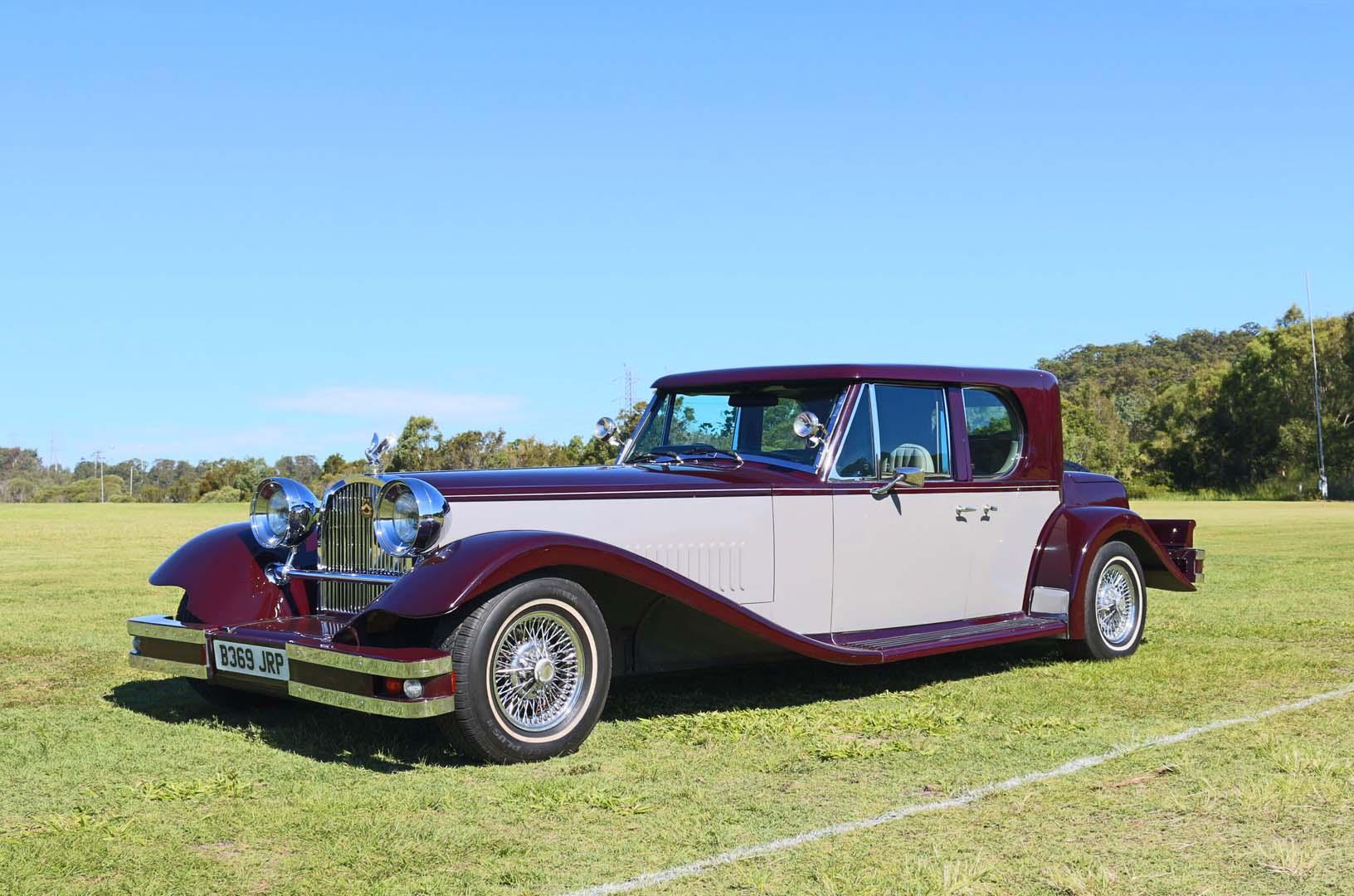 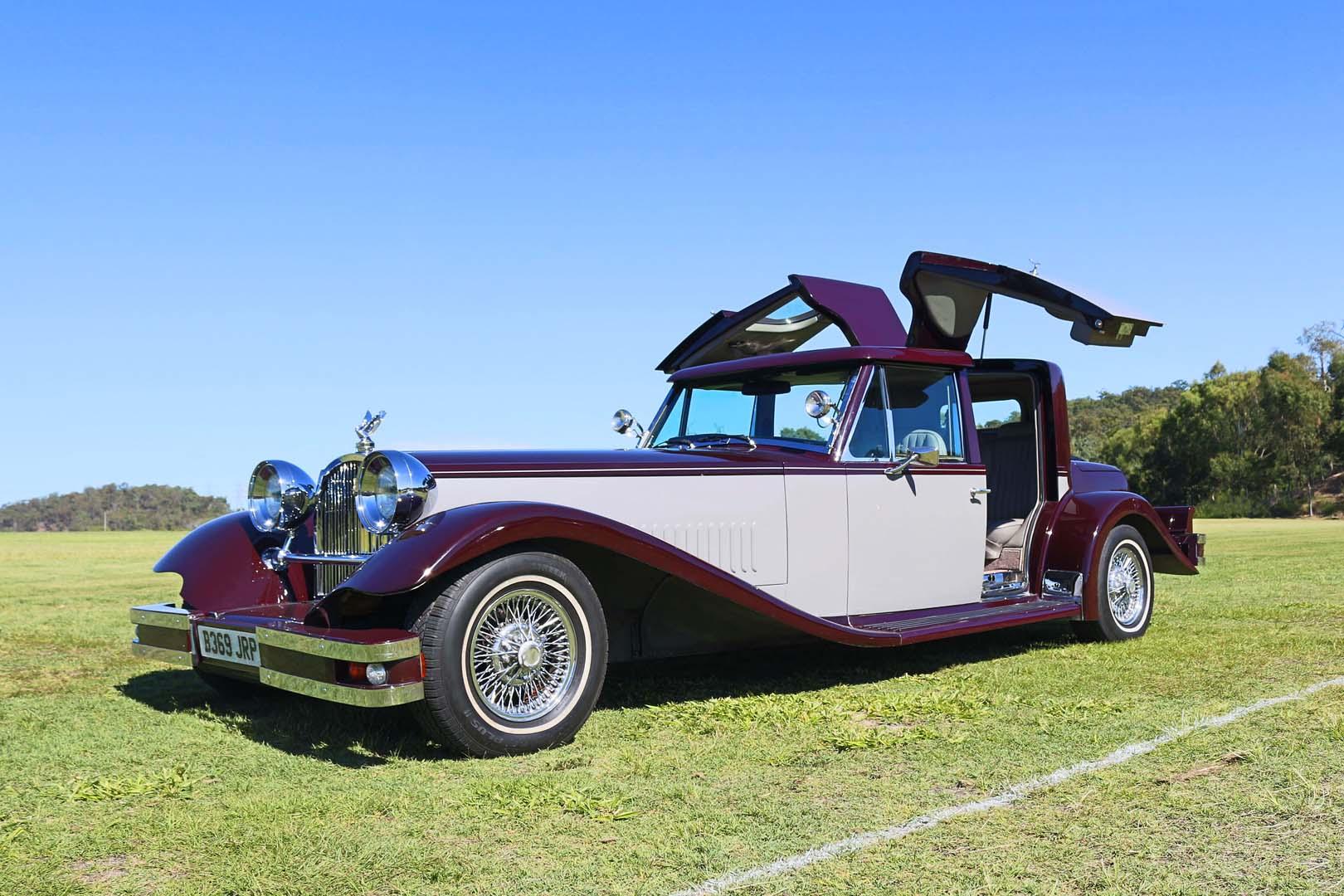 Here’s a car that most of you have never seen before and a car you’re unlikely to ever see again.

This one-off creation may look like something from the 1920s, but it was actually built in the ’80s - the result of one man’s vision to have the car that he wanted, not what the major auto manufacturers were trying to sell to him.

So what is it? Say hello to the ‘Buckingham’… 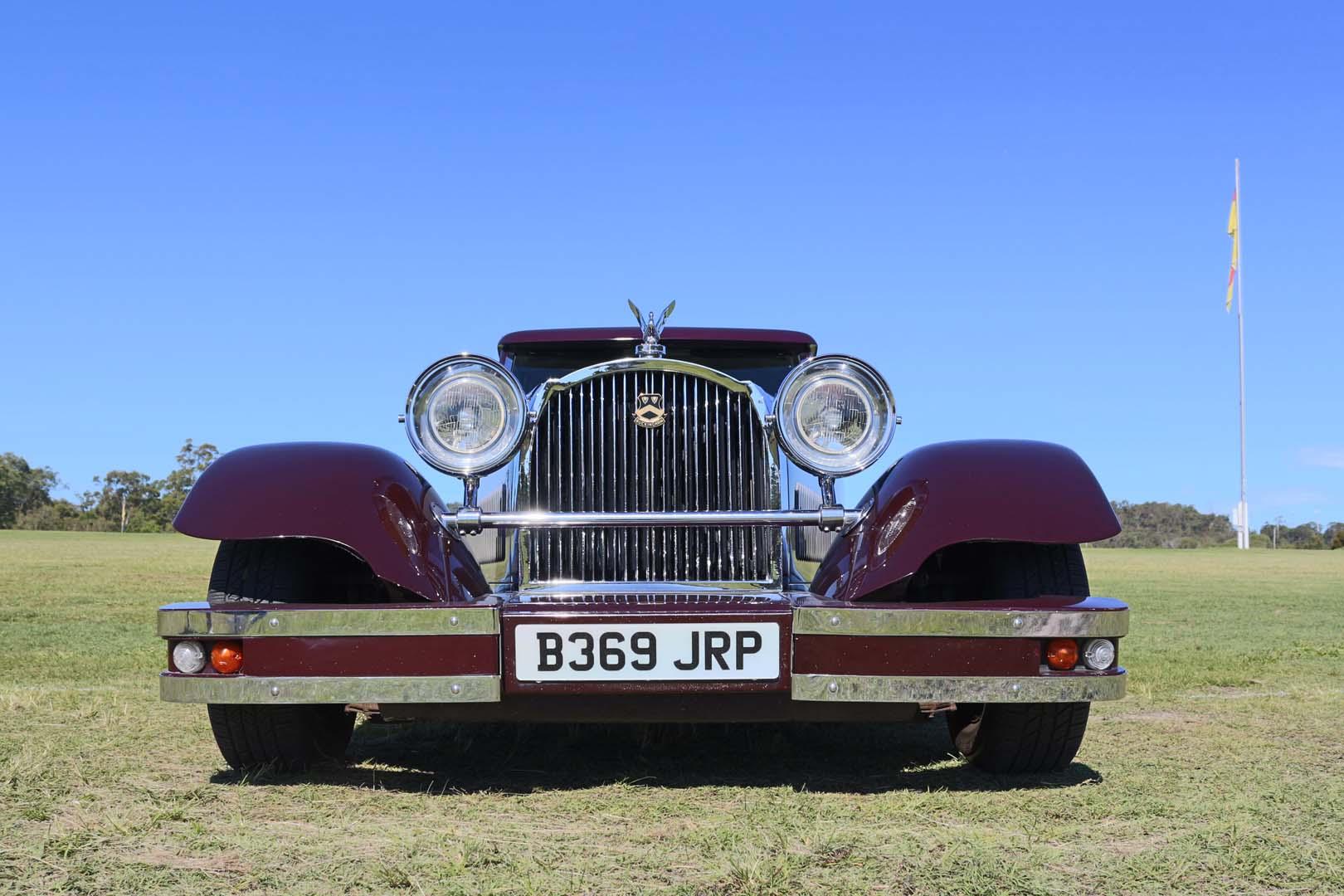 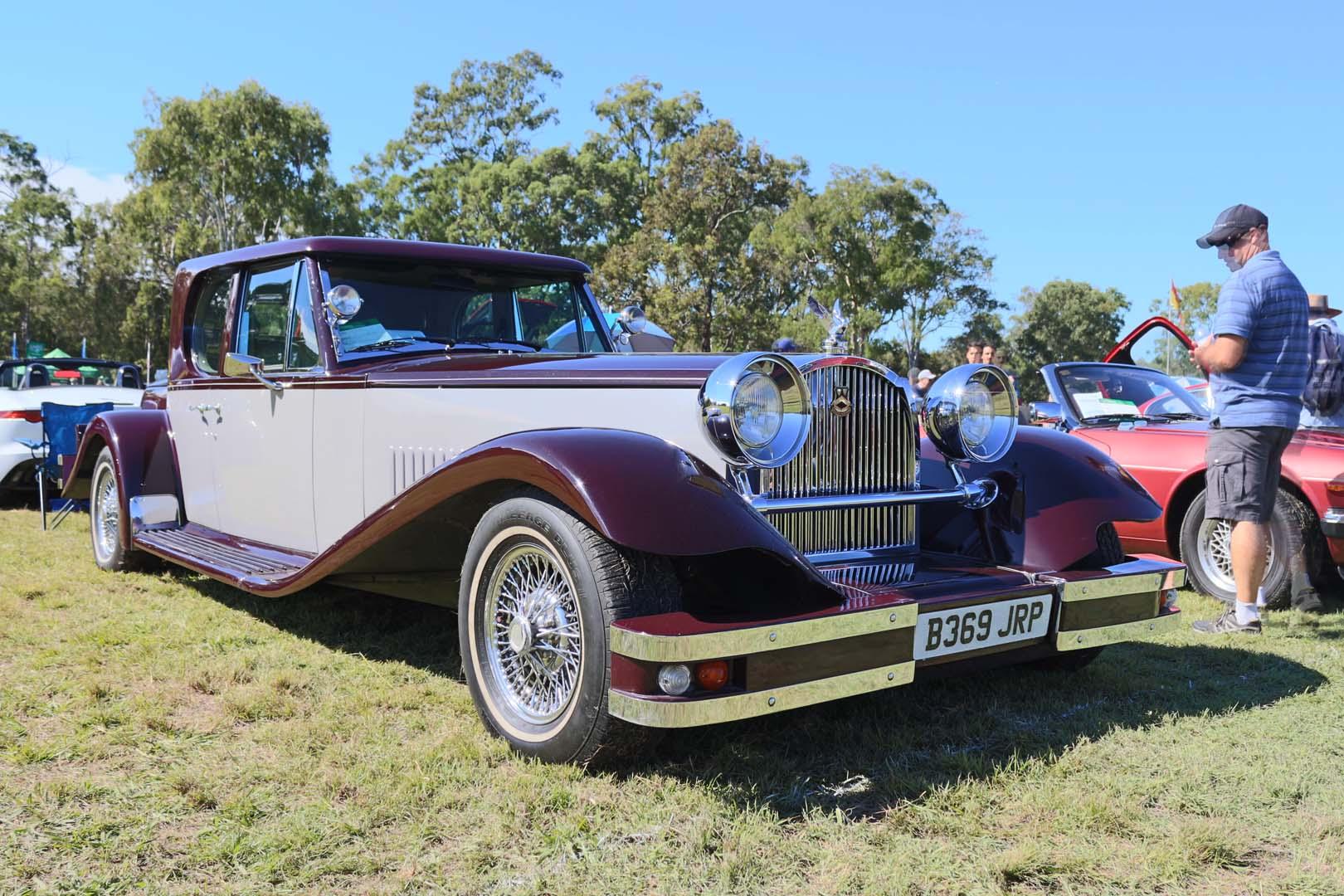 If you know your automotive history, you’ll have heard of the ‘neo-classic’ automobile. A category that flourished in America in the 1970s and early ’80s, neo-classics took current model cars – usually a Ford or Mercury – and rebodied them in the style of the grand saloons, coupes and convertibles of the 1920s, with long bonnets, running boards, wire wheels and sumptuous interiors.

The roots of the neo-classic genre can actually be traced to 1964, when Studebaker designer Brooks Stevens produced a one-off convertible based on a Lark but styled like a Mercedes-Benz SSK from the late ’20s. Studebaker were about to go bust and had no interest in the idea, so Stevens exhibited it himself. The positive response led to the foundation of Excalibur Cars and the release of the Excalibur SS.

The success of the Excalibur led to many copying the Stevens formula - with differing degrees of success. Names like Centaur, Zimmer, Clenet, Baci, Sceptre and Tiffany followed, with most of these neo-classics going into the garages of Hollywood stars, singers, sporting personalities and other ‘new money’ types.

On the other side of the Atlantic, Robert Jankel, trading under the name of Panther Westwinds, took that same neo-classic formula and gave it a very British spin.

Jankel’s first creation was the ‘Panther J72’ roadster, a machine in the style of the Jaguar SS100 from the 1930s but using current Jaguar running gear. From there, Panther branched out into other vehicles, both modern and retro.

One of those retro creations was the Panther De Ville, a car inspired by the opulent Bugatti Royale of the 1930s and one that the Buckingham is most often compared to. While both these creations used Jaguar mechanicals and had broadly similar styling themes, that’s where the similarities end. There were around 60 De Villes built, while the Buckingham remains a one-off. 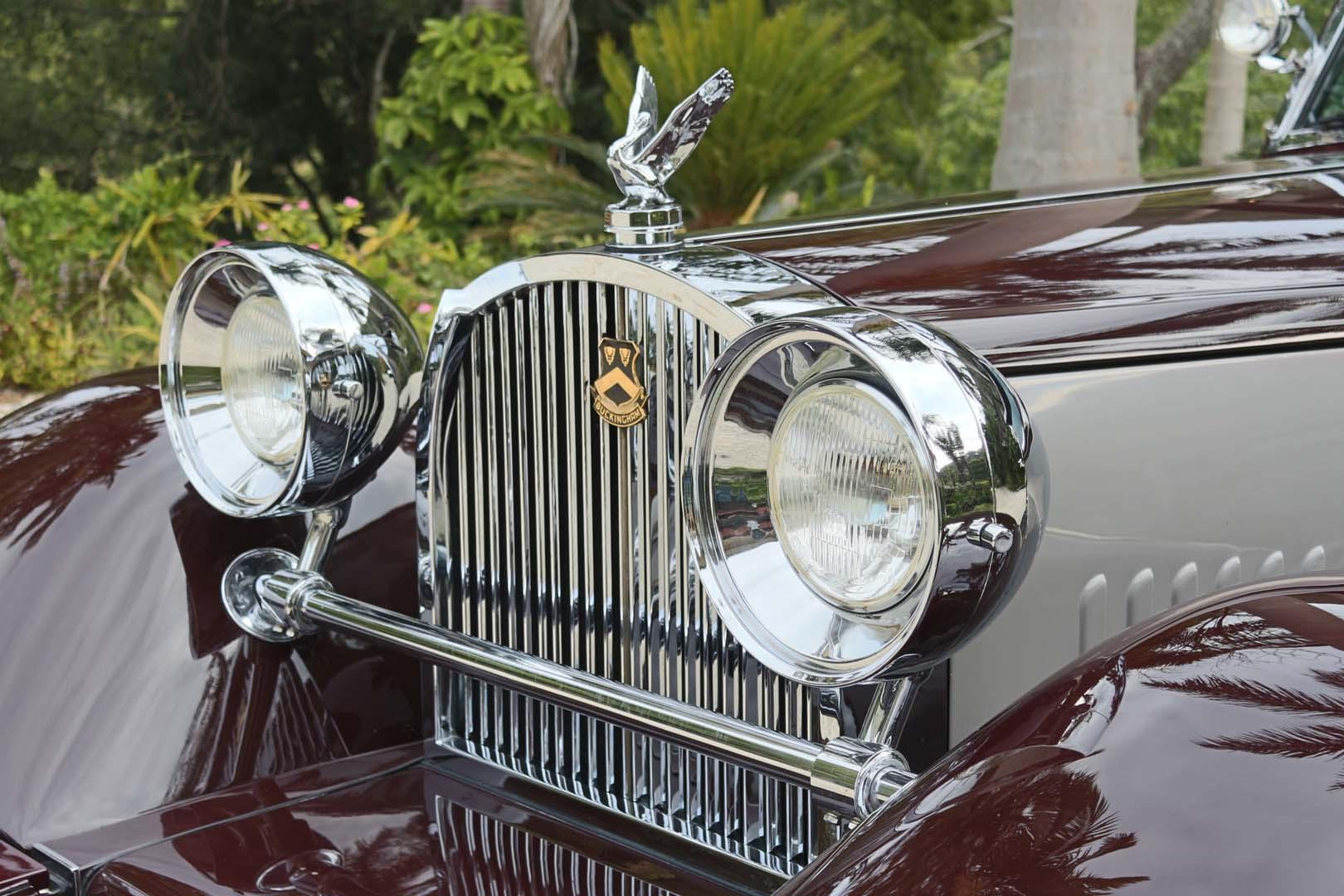 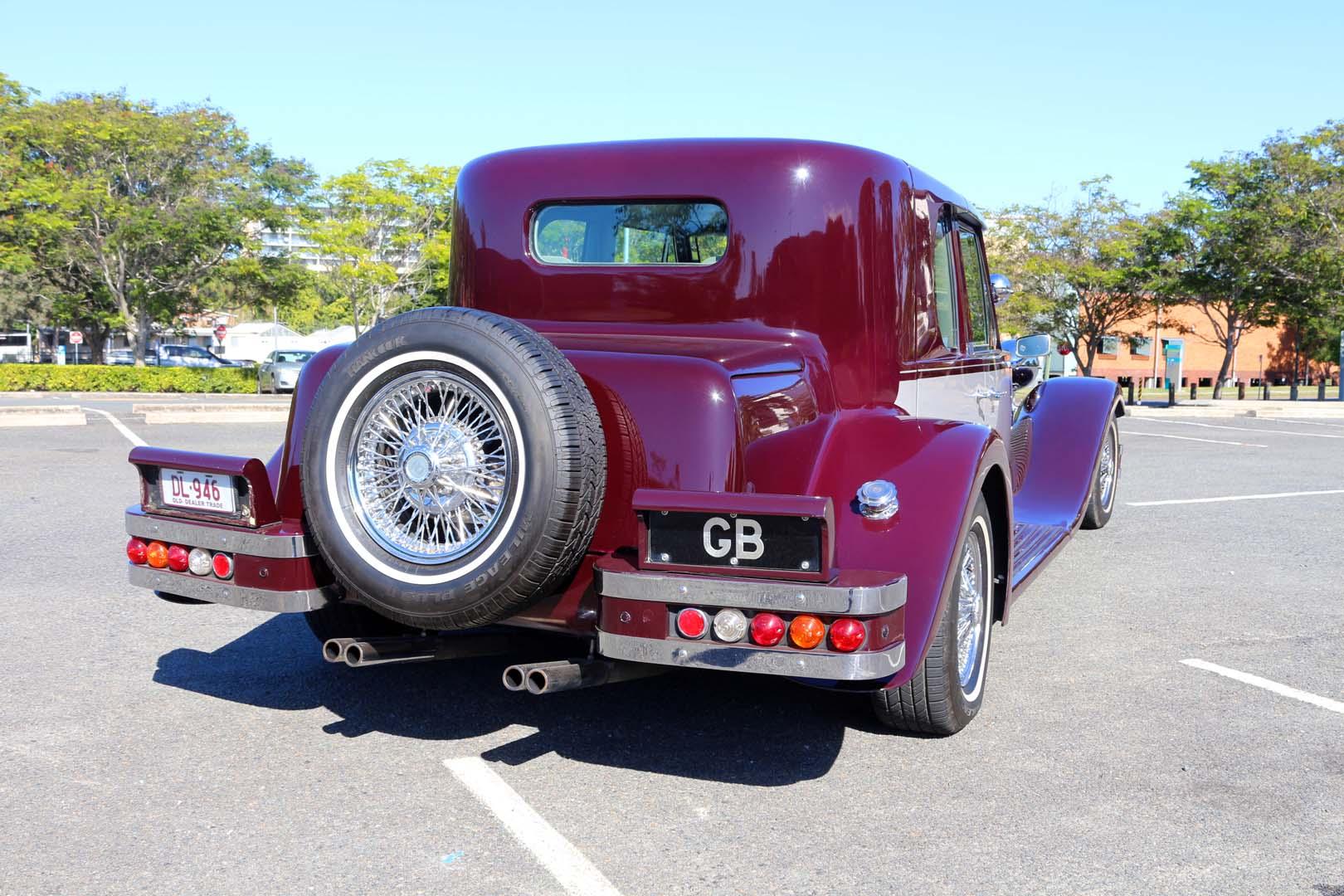 You can thank – or blame – Rolls-Royce for the Buckingham, because it directly led to the car you see here.

As recounted in a vintage episode of Top Gear from 1995 (pre-Clarkson/Hammond/May), the Buckingham was the brainchild of English millionaire Martin Harvey.

Purchasing a Silver Shadow MkII new in the late 1970s, Harvey found rust in its body almost immediately. After a two-year wrangle with Rolls-Royce, Harvey eventually got a refund, but that left him without a car. Looking around and, apparently, finding nothing to his liking in what the major and minor automotive brands were offering, Harvey decided to build his own.

Whether Harvey was inspired by the Panther De Ville or other such neo-classics is unknown, but his resulting creation is certainly in the same mould.

Initially working on the car himself, including fabricating the chassis and acquiring the running gear, Harvey called in a number of specialists on a part-time basis to speed the build along. When even this was too slow, Harvey decided to employ them full-time, with up to eight people working on the car at various stages. Most of these were former Aston Martin employees and included specialty panel beaters and metal workers, welders, fabricators, upholsterers and auto electricians.

Even with this full-time workforce, the build was a lengthy process, taking three years to complete (the grille alone was reportedly 400 hours’ work) after two years had been spent on design and early fabrication. 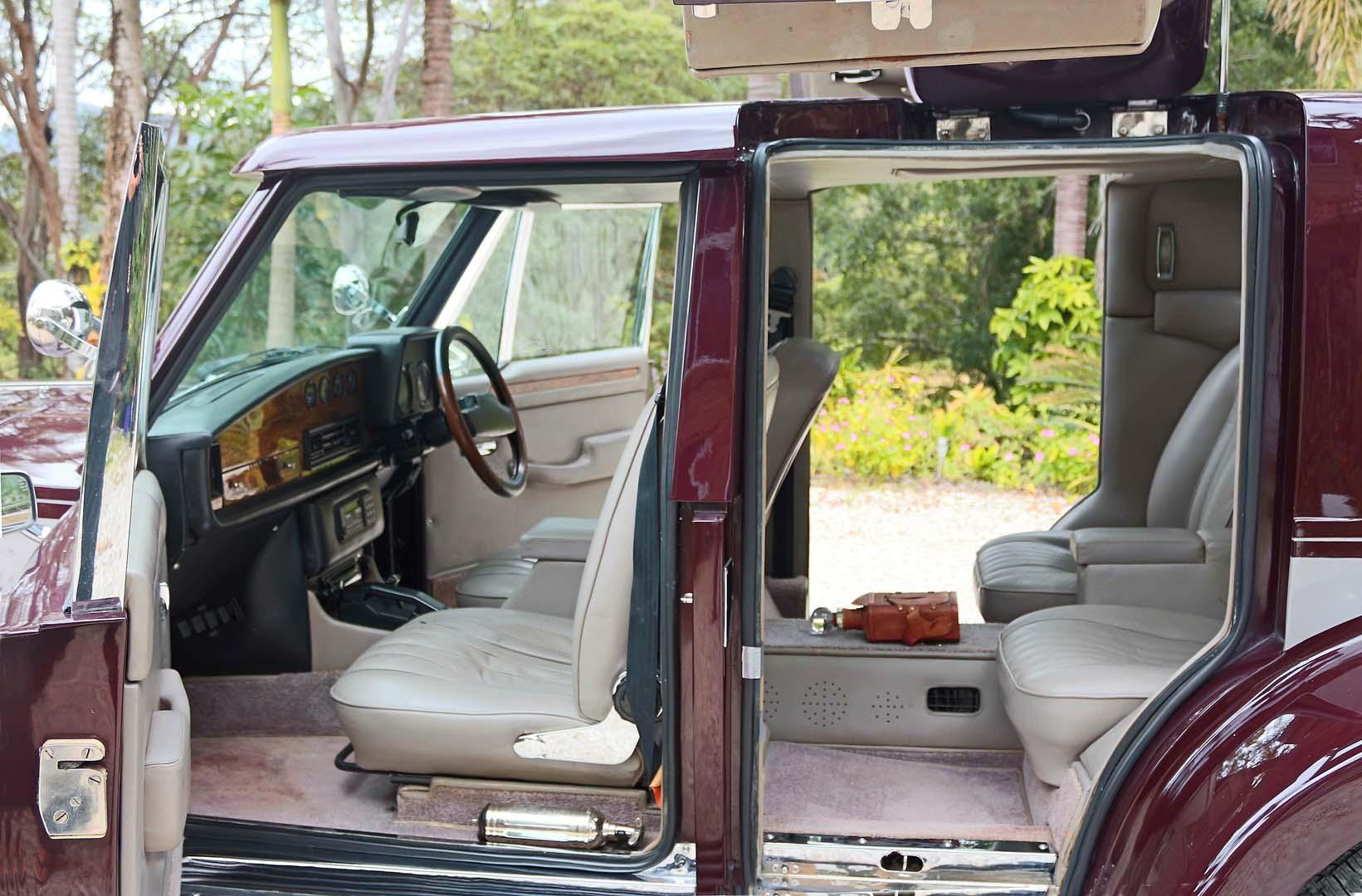 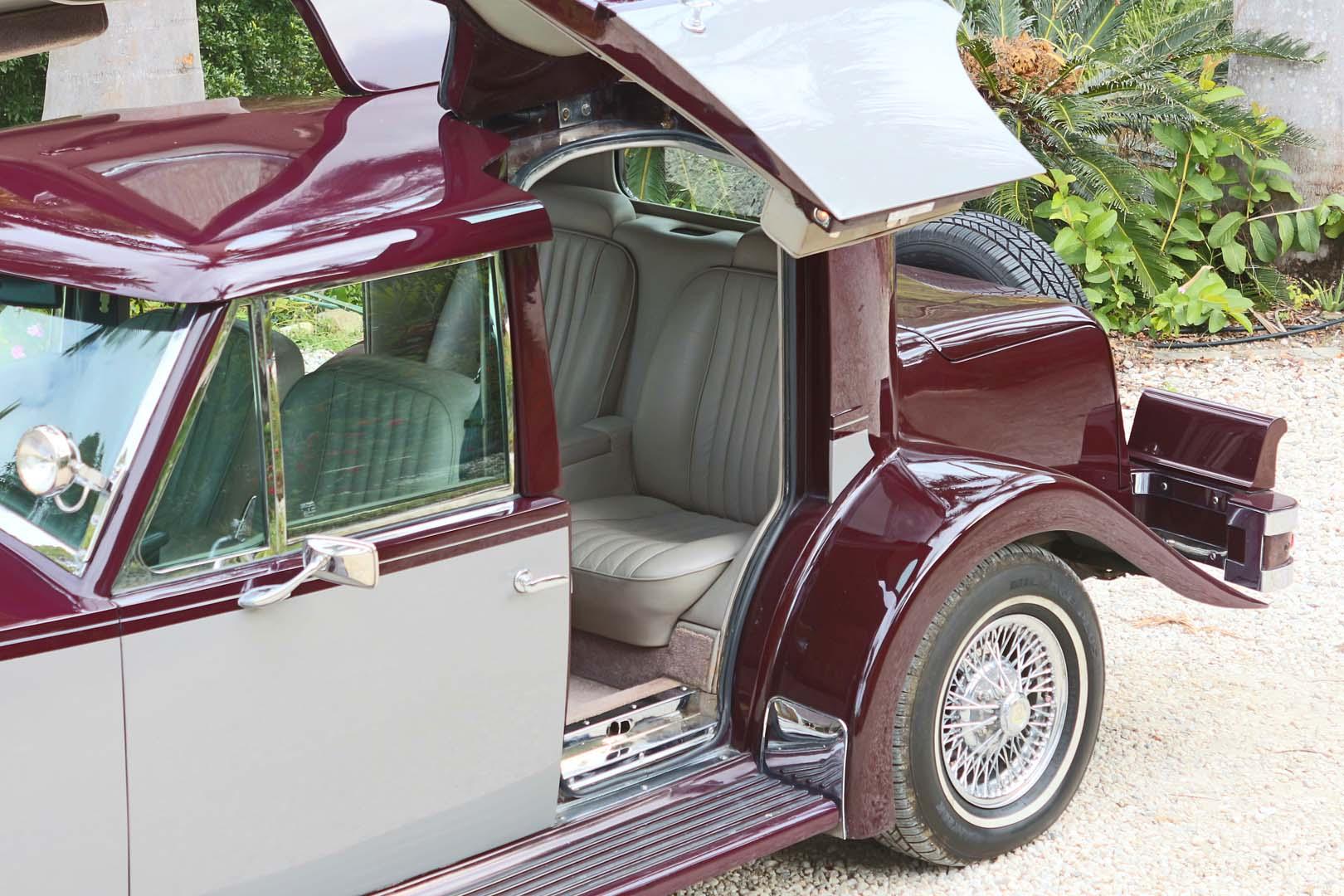 Built to a high standard, the Buckingham was also built to endure the UK safety requirements of the 1980s, so it had front-, rear- and side-impact protection built in from the beginning.

The bespoke chassis was made from high-tensile steel, with stainless steel box-section tubing used for the body framing. Over this the aluminium panels were laid, with the front and rear wings made from double-skinned aluminium.

A quirk of the styling is that, while the front doors are the conventional, front-hinged type, the rears are gullwing-style, lifted with the sort of gas-strut assistance more usually seen on bonnets.

Speaking of the bonnet, it’s a two-piece job on the Buckingham, with each side power-operated and able to be opened independently.

The running gear was made up of a 5.3-litre V12 engine from a Jaguar, matched to a three-speed automatic transmission which was actually a GM400 unit, but commonly fitted to many XJ and XJS Jaguars of the period. The diff is Jaguar, too.

An XJ12 Jaguar also provided this car’s suspension (which was modified to suit), and four-wheel disc brakes, with the former having anti-dive geometry and the latter a full servo-assisted dual system.

The wheels are genuine chromed wire-spoke rims, but of heavy-duty construction and fitted with modern radial tyres. 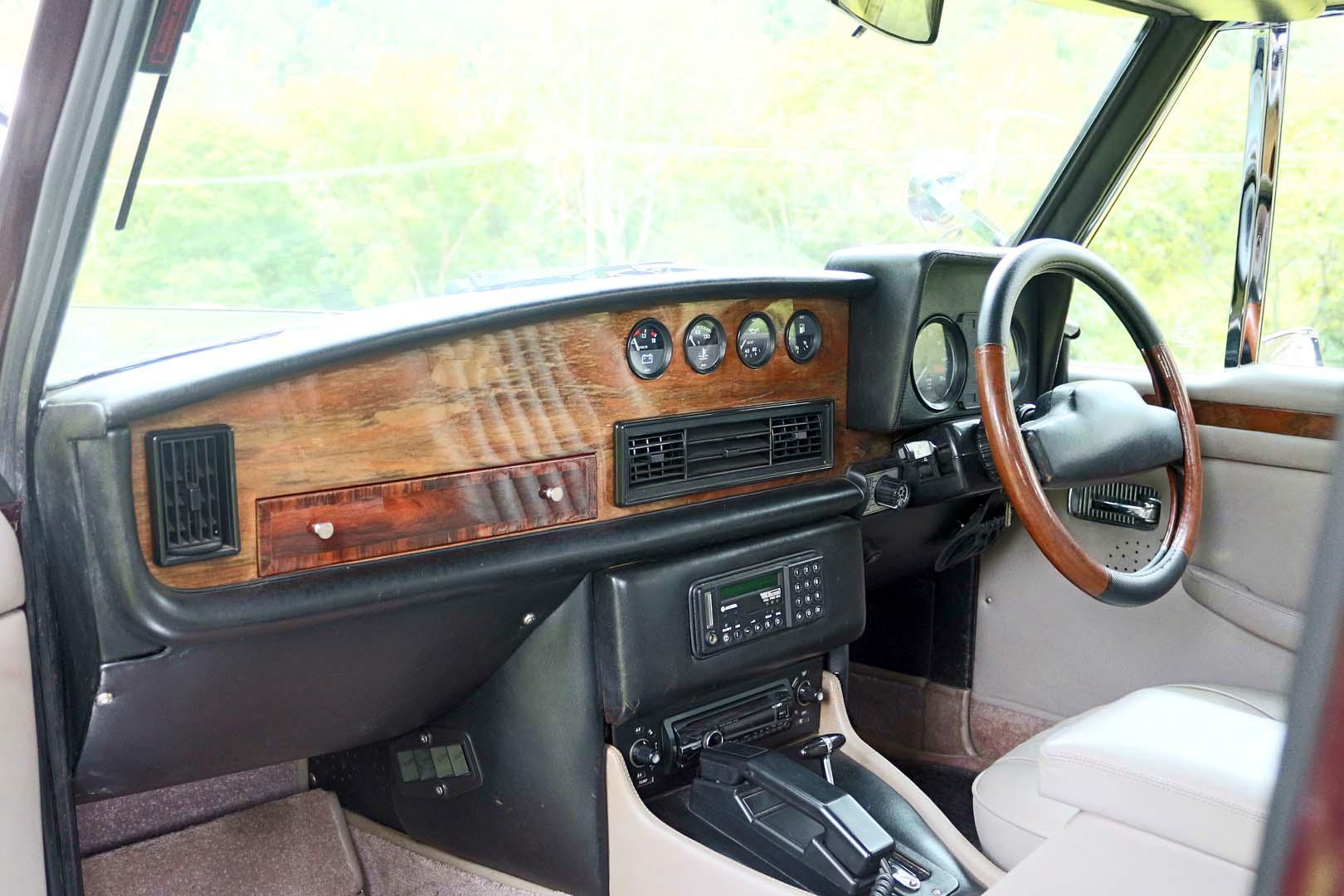 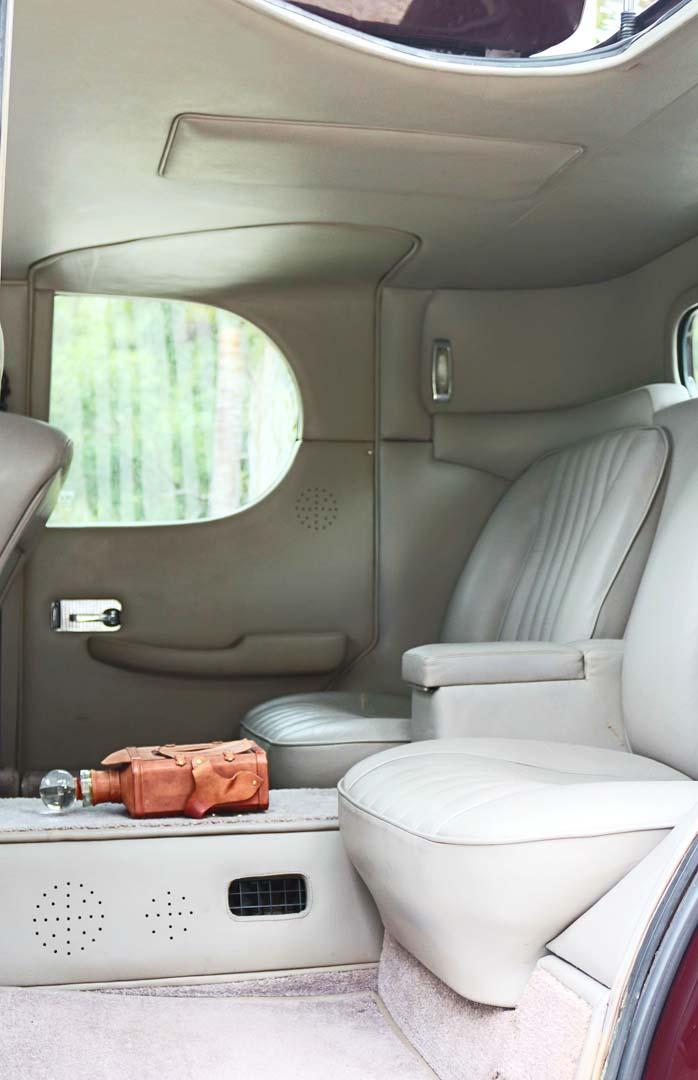 Inside the Buckingham, Harvey’s no-compromise approach meant just as much attention was paid here as to the chassis and bodywork.

The aforementioned ex-Aston Martin specialty upholsterers and trimmers fitted out the interior in top-quality Connolly leather, with this champagne-coloured hide not only applied to the Aston Martin-sourced seats, but also the door cards and headlining.

The Jaguar-sourced steering wheel and instruments are matched to a bespoke dash in rosewood with black leather trim, while lambswool carpets were fitted front and rear.

Reflecting this car’s build era, there’s a chunky 1980s phone mounted to the centre console and a similar unit was originally fitted for use by rear-seat passengers, too, but has since been removed.

To entertain the occupants, a sound system with no fewer than 16 speakers, including in the transmission tunnel and those gullwing rear doors, was fitted. The air conditioning system is piped through to the rear seat area, too.

Painted in a burgundy over grey colour scheme, the Buckingham was finally completed in 1985, after an estimated £250,000 had been spent – that’s the equivalent of around AU$1.3 million today.

The finishing touches reflected Harvey’s home town, including a swan – the emblem for Buckinghamshire County – on the radiator cap that was reportedly created by a prominent British artist, while the pure gold grille badge is said to have been created by Garrards, the Royal Jeweller. 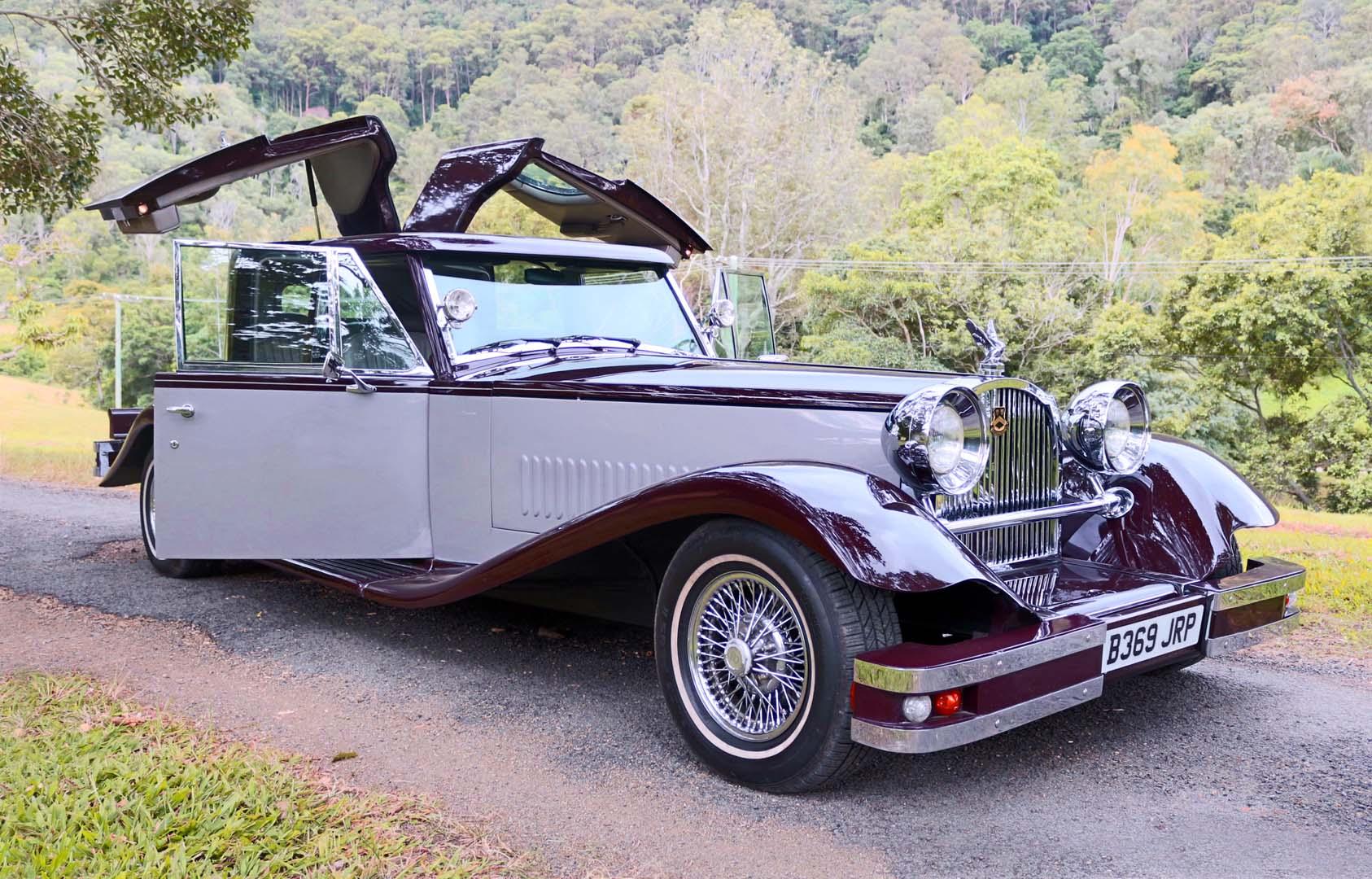 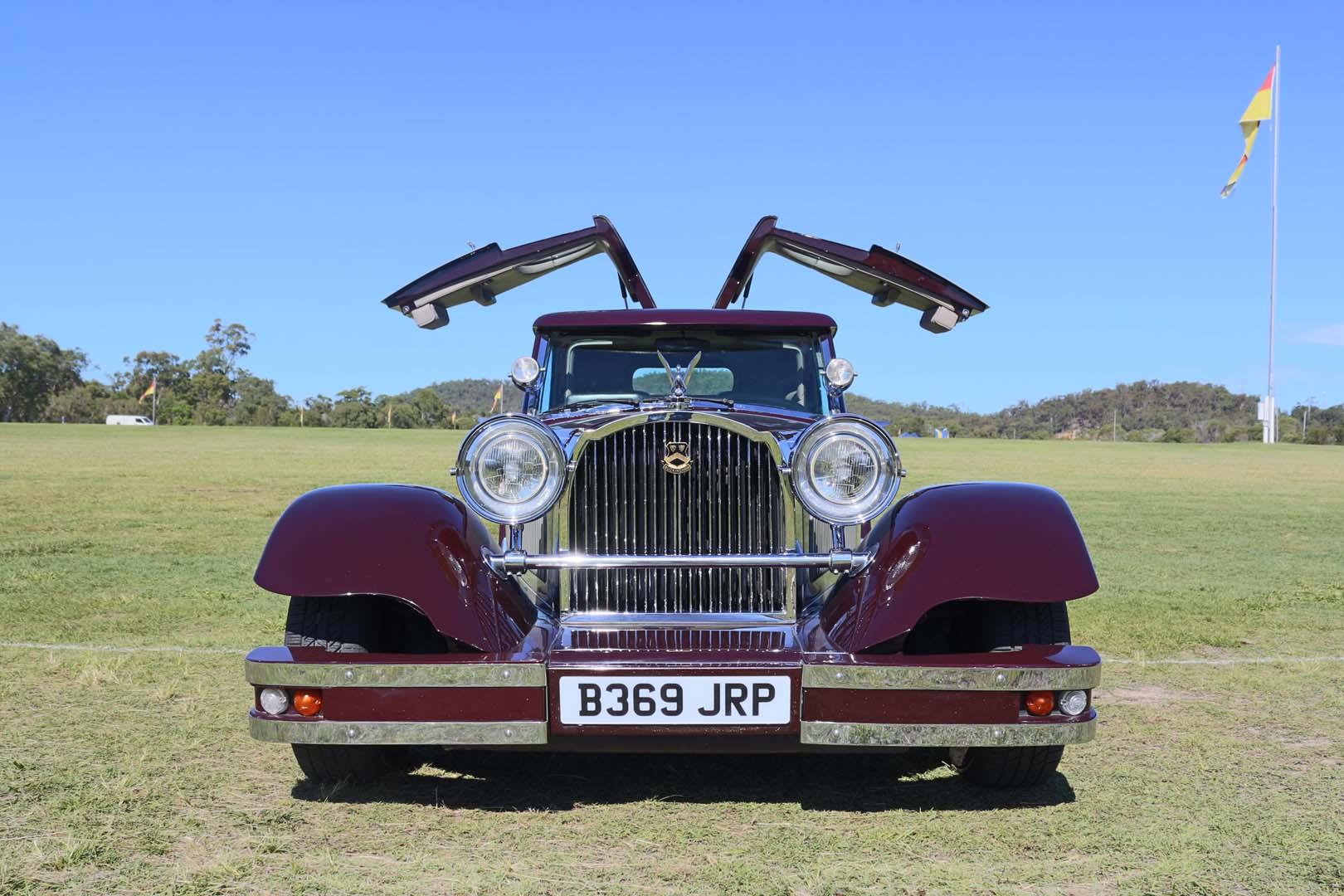 Exactly how long Harvey owned the car for is unknown, but it’s estimated he parted with it sometime in the early 1990s, as when it was listed for sale with a UK dealer called Black & White Cars, the Buckingham had covered only 339 miles. The car sold for an undisclosed amount then and remained in the UK for some time afterwards, next appearing at an auction at the Brooklands Museum in August, 2016. While the car still looked good, it had covered 11,500 miles and presumably needed some mechanical work, as the pre-auction high estimate was only £35,000. Even at this modest sum, the Buckingham was passed in.

Approximately a year after this auction, the Buckingham was purchased by an Aussie and shipped to Queensland. It then went to auction here and was purchased by the consignor, who’s also based in Queensland. When it was consigned for sale with BGS Classic Cars in Brisbane in May, it came to the attention of JUST CARS. 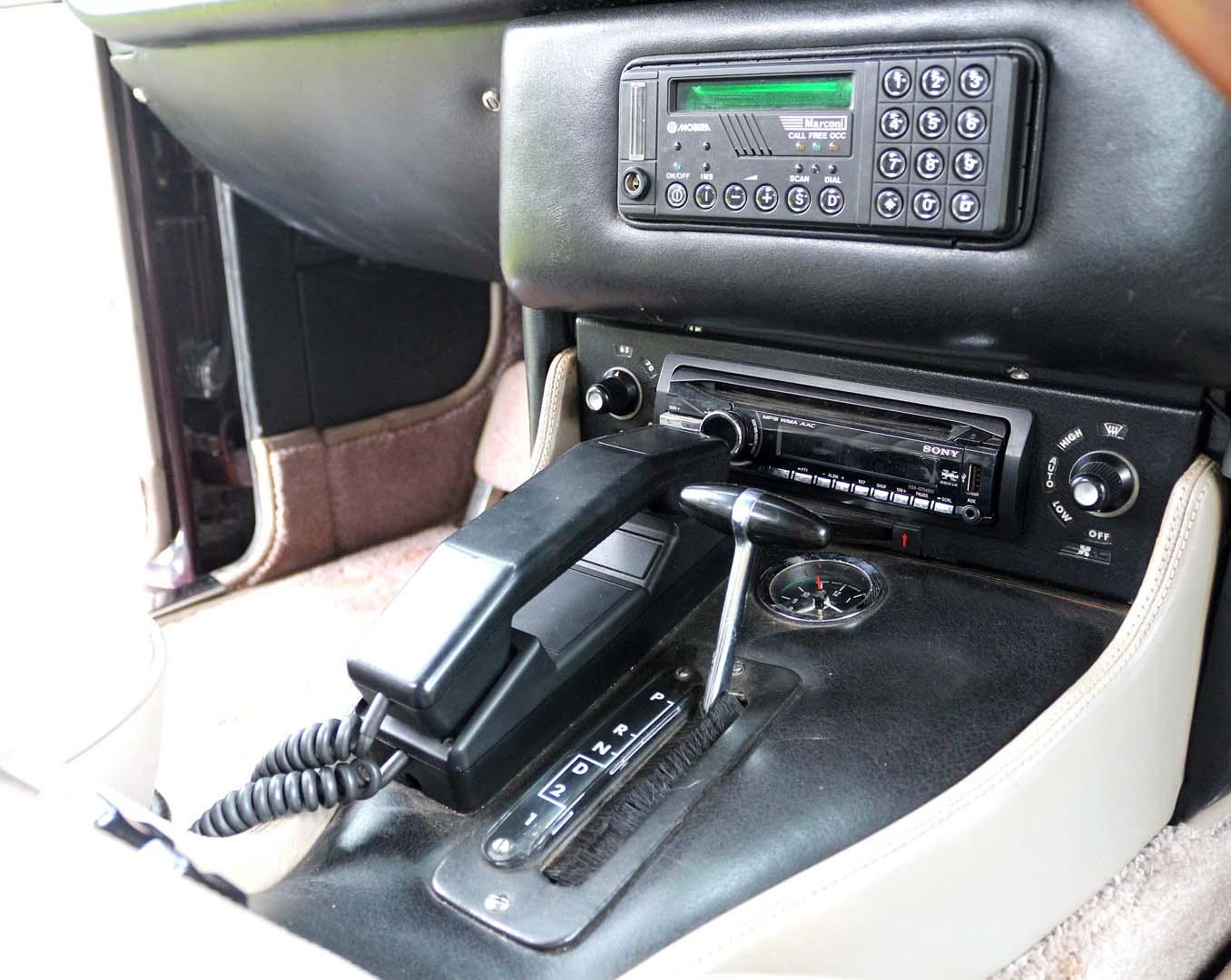 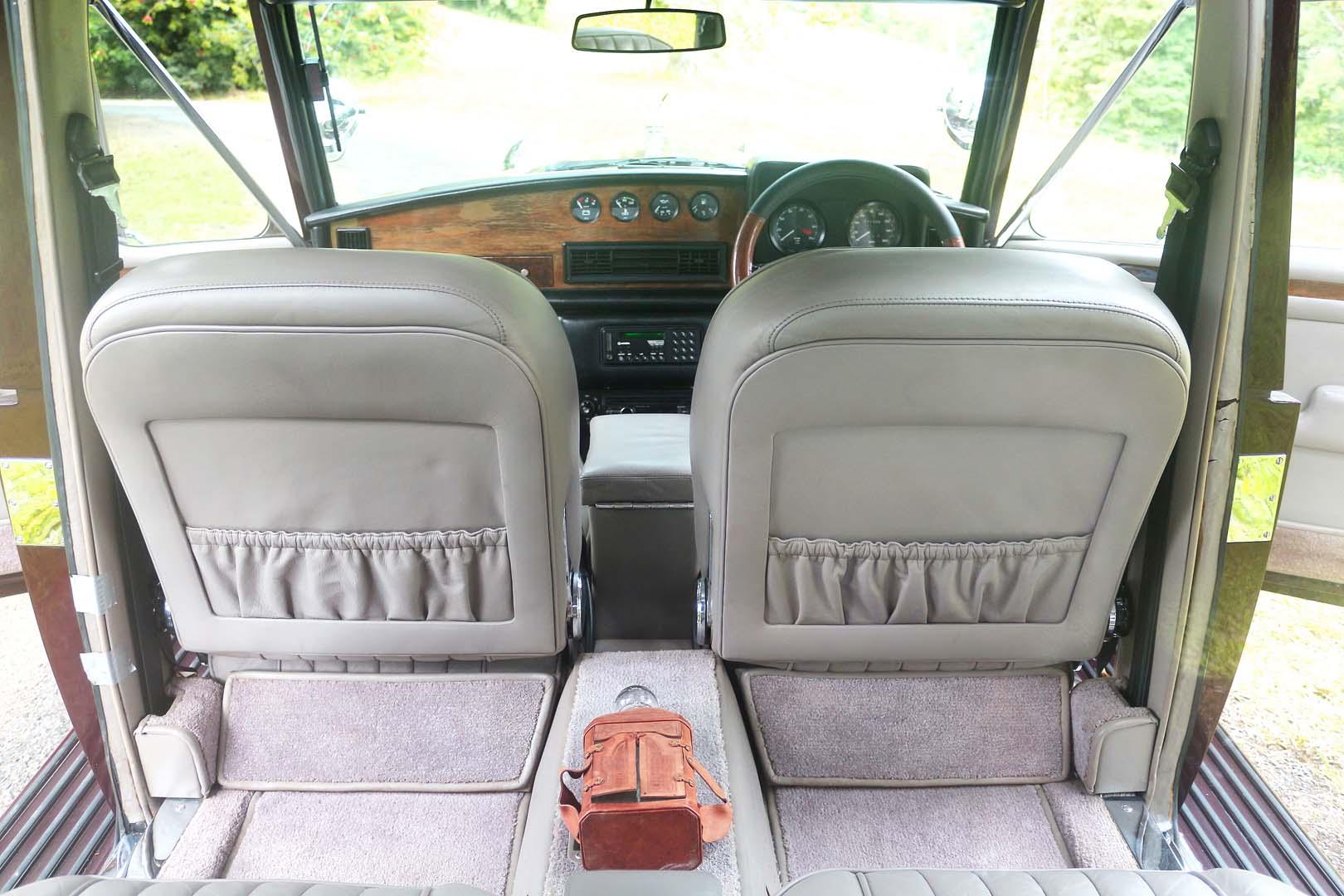 Tymon from BGS describes the car as a ‘sports sedan’ and says its performance belies its dimensions, with impressive acceleration from the V12 and a top speed close to 200km/h.

The car handles well, corners flat and has effective braking, too, reflecting the work that went into the platform from the beginning. The turning circle is wide, though, which is unsurprising, given this car’s size – 7m long, 2m wide and rolling on a 4.4m wheelbase.

Of course, such high-speed manoeuvres aren’t what the Buckingham was built for. It’s a boulevard cruiser par excellence and is designed to be seen in as much as it is to be seen as it serenely passes by.

When Tymon takes the Buckingham to Cars and Coffee Samford and other car events, he says the attention it receives is staggering – everyone wants to get a photo of it, have a look inside and ask questions. Maybe that’s why the current owner has consigned the car for sale with BGS (see breakout) - being such an eye-catcher, the next owner of this car will not want to be the shy and retiring type!

Obviously, there’s potential for the new owner to make some money from the Buckingham, as it’s simply ideal for bridal and formal hire. Some advertising and promotion behind this vehicle would surely have the order books full for years.

Simply put, there’s nothing else like the Buckingham in Australia and indeed the world. So, if you want a car that’s truly unique and one that can potentially pay for itself, give this car a closer look. One thing’s for sure – you’re never going to see another one! 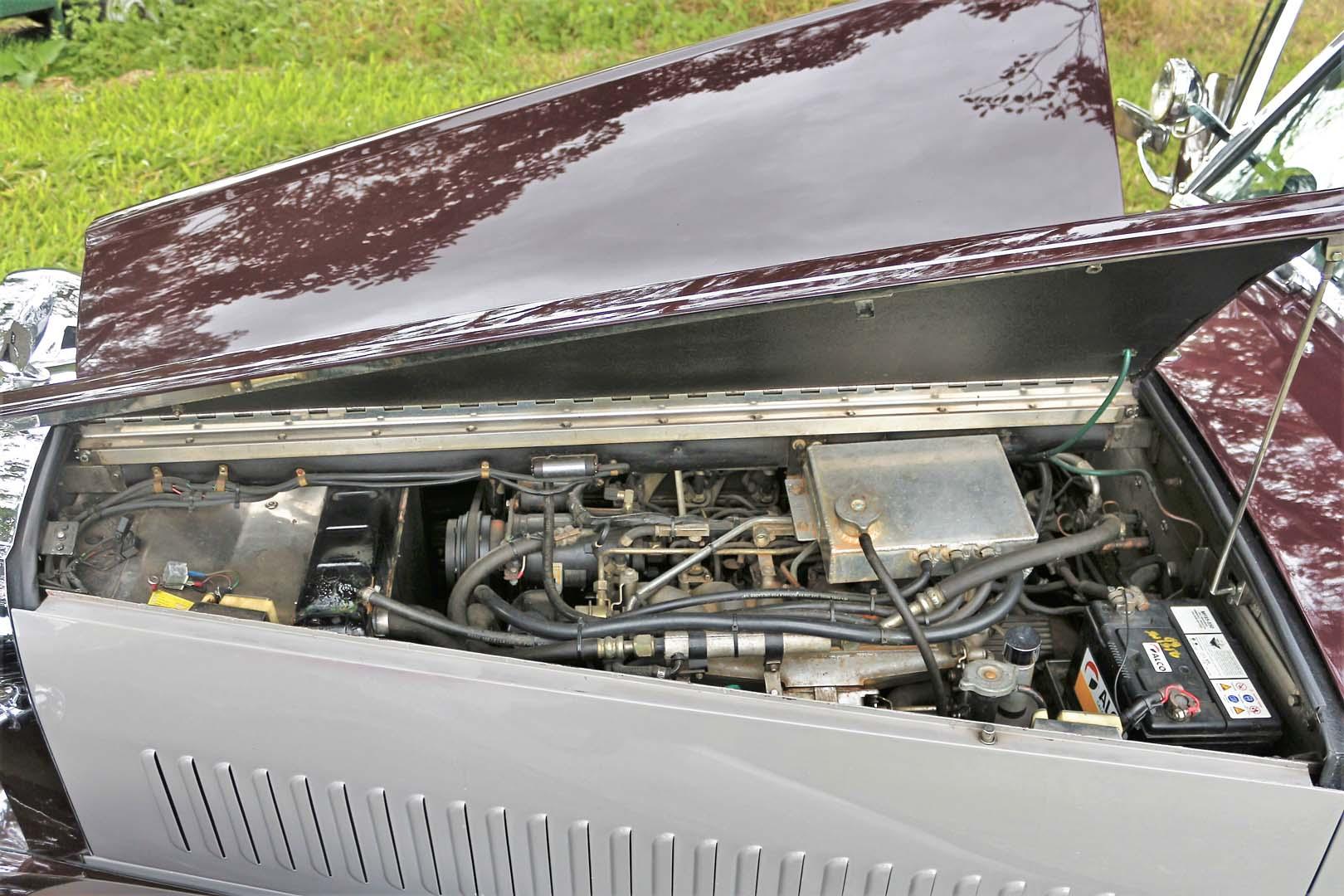 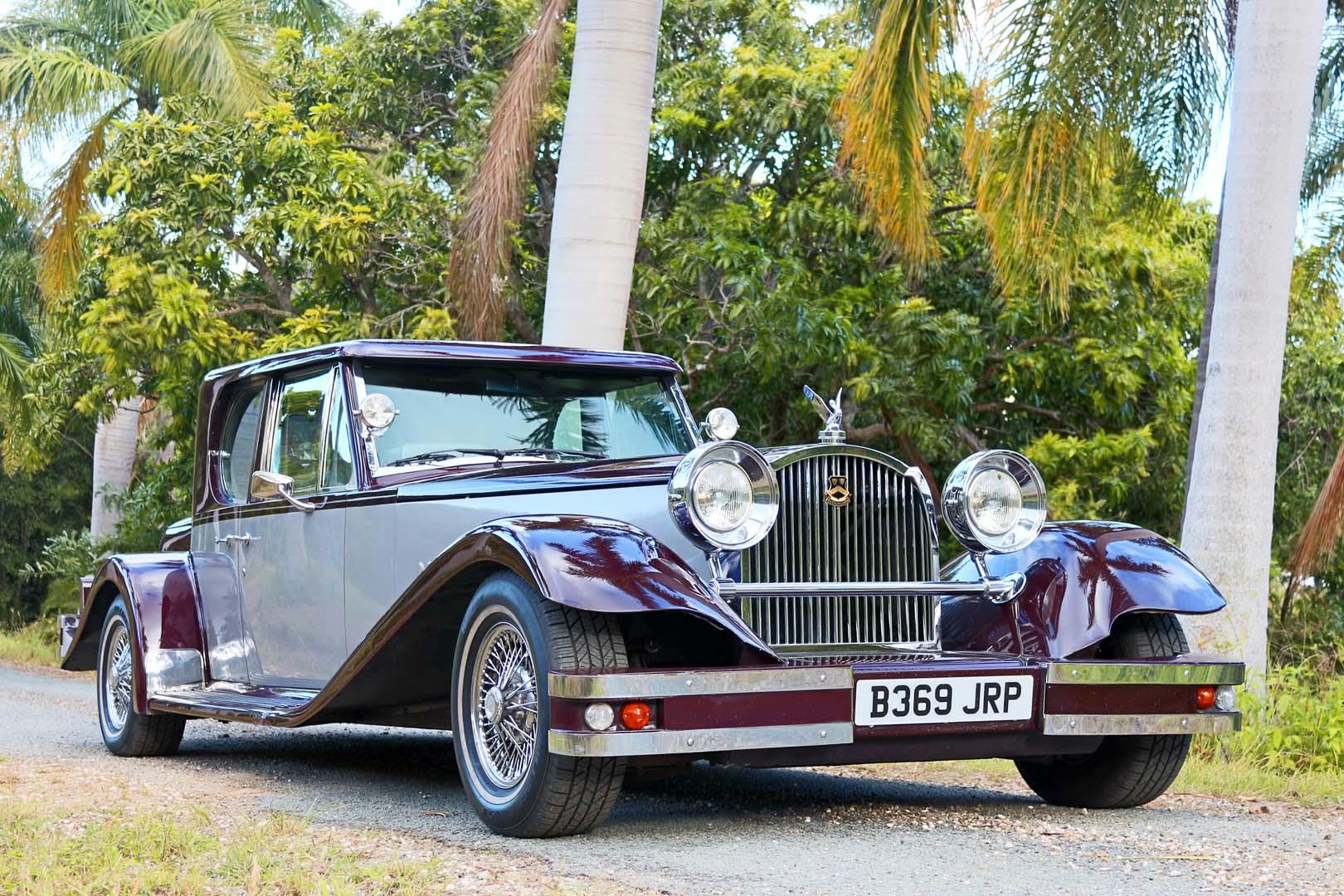 This one-off creation is currently consigned for sale with BGS Classic Cars in Queensland.

While some minor electrical and mechanical items need attending to, recent mechanical refurbishment by BGS has turned the car into a reliable runner that draws attention wherever it goes. 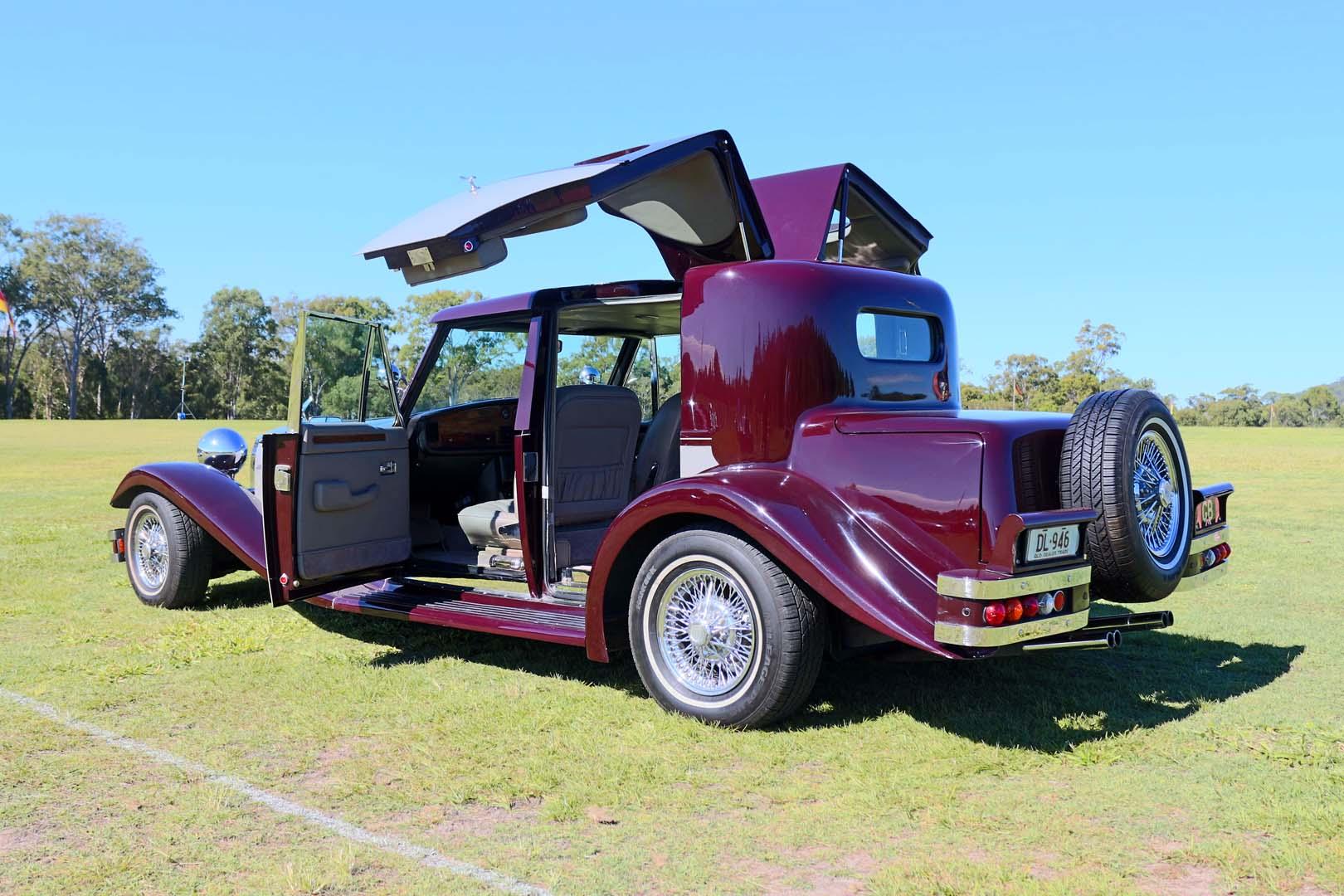 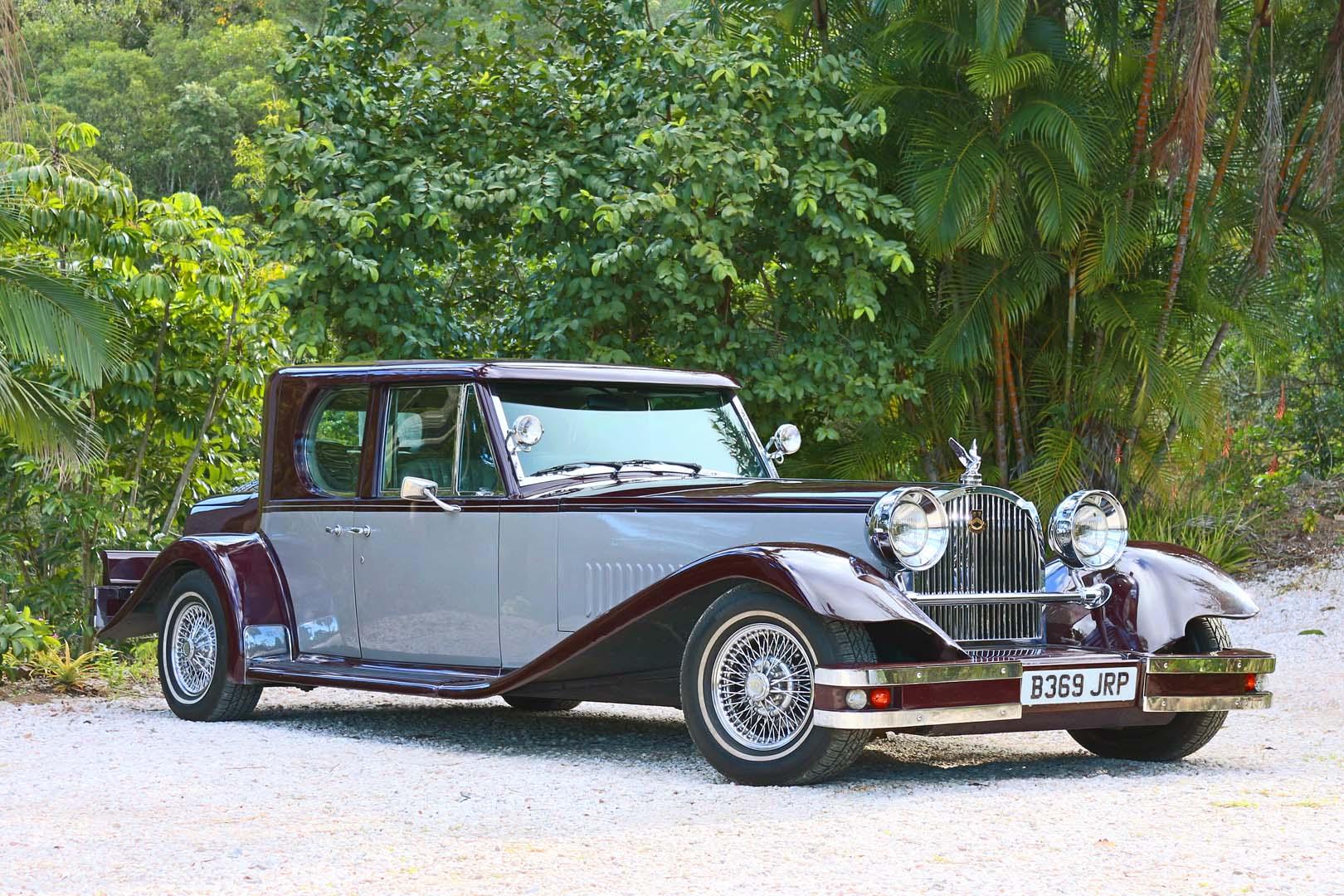