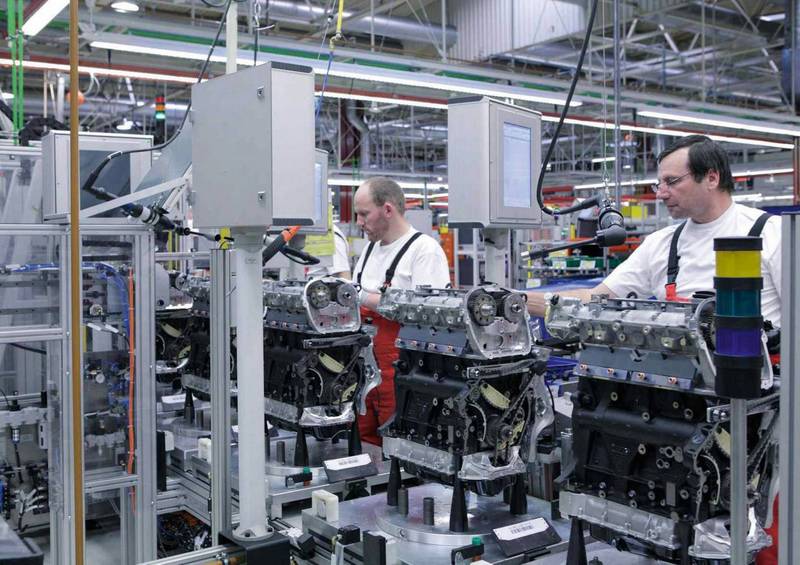 Produced at the Gyor plant, the unit is a 2.0-litre, four-cylinder common rail diesel engine with 125 kW that was installed in a white Audi TT Coupé in Audi Hungaria's vehicle assembly facility
After 18 years of manufacturing high-tech engines, Audi Hungaria has hit the 20 million mark.

Produced at the Gyor plant, the unit is a 2.0-litre, four-cylinder common rail diesel engine with 125 kW that was installed in a white Audi TT Coupé in Audi Hungaria's vehicle assembly facility. The sports car with this milestone engine is destined for the Belgian market.

"The 20 millionth engine is a symbol for 18 years of successful engine production by Audi Hungaria. Nearly all the engines installed in Audi models come from Gyor," says Frank Dreves, Member of the Board of Management for Production at AUDI AG and Chairman of the Supervisory Board of AUDI HUNGARIA MOTOR Kft.

"Audi Hungaria therefore has a special strategic significance within the Audi Group. This company plays a major role in our long-term growth strategy," continues Dreves.

"Engine production is and will remain our core competence. It is our guarantee for success, which is based on the premium quality of our engines, our flexible team and constant technological advancement."

The plant has a broad production portfolio and makes a wide range of powerful, efficient engines.

3,950 direct employees currently work at the engine production facility in Gyor. 270 engine variants roll off the assembly lines there, from four-cylinder to 12-cylinder units with outputs ranging from 55 kW to 419 kW. The engines are installed in more than 40 models of the entire Volkswagen Group at 26 locations worldwide.

"20 million engines - that is a testament to the outstanding performance of our employees. We will expand our product range with additional highly efficient engines and expand the existing production segments to thus offer our employees long-term prospects," says Achim Heinfling, Managing Director for Production at Audi Hungaria.

The Company also began producing ten-cylinder, twin-turbo engines in 2007 and 12-cylinder engines in 2008. The Engine Development Center has supported engine production with on-site development activities accompanying production since 2001. With the opening of the new Engine Startup Center in 2010, the experts began concentrating on the production of experimental engines, in particular, in addition to production engines.