For most of the 1990s, Nissan had been lukewarm about keeping their iconic Z badge going, shelving the idea until as late as 1997, and only committing to launching a new generation of their sports 2-seater in 1999
Continuing the lineage started with the 240Z in 1970, what would become the fifth generation of Nissan's 'Z' sportscar was first revealed in 2001.

For most of the 1990s, Nissan had been lukewarm about keeping their iconic Z badge going, shelving the idea until as late as 1997, and only committing to launching a new generation of their sports 2-seater in 1999. The financial stability that came with the alliance with Renault, announced in the same year, may have been the trigger for Nissan to look at smaller volume cars like the Z, but demand, particularly in the USA, showed there was still a strong market for the car.

The first hint of the new Z appeared at the North American Auto Show in 1999. While other markets had embraced the Skyline as Nissan's 'hero' car, America still loved the Z, and Nissan Design International (USA) created their own take on what a new Z might look like. Closer to the original 240Z in style and execution than the more recent 300ZX, the design didn't find many fans at Nissan HQ in Japan. A new concept, the result of a joint effort between Nissan's European, Japanese and American design studios (but predominantly a Japanese design), was unveiled in early 2001, with the production version of the fifth generation 'Z33' Nissan 2-seater revealed at the Tokyo Auto Show later that same year.

The overall design of the new sports coupe, which carried the traditional 'Fairlady Z' label in Japan, and '350Z' tag for all other markets, was solid and chunky. 'Muscular' was the word often used to describe the bold flared wheelarches and cleaner, more unified treatment of both the front and back end. Power for the production models came from Nissan's already extant VG35DE 3.5-litre DOHC alloy V6 engine, mated to either a six speed manual or five speed automatic transmission driving the rear wheels. With much of the engine positioned behind the front axle, the 350Z had a near perfect front-rear weight distribution, which made for exceptionally good handling. Firm suspension, traction control, speed-sensitive power steering, ABS and EBD made the 350Z very much a driver's car, and one that was agreed to be a worthy inheritor of the Z badge.

The first production Zs went on sale in Japan in 2002, with most other markets, including Australia, receiving their first allocation in 2003. Two variants were available locally: 'Touring'; and 'Track'. The Touring was well-appointed, with 17-inch 7-spoke alloy wheels, leather interior, fully-adjustable heated seats, six airbags, drilled alloy pedals and a seven-speaker six-stack CD Bose sound system. The Track featured all this, too, but with 18-inch 6-spoke wheels and larger tyres, subtle front and rear spoilers, larger brake discs with Brembo calipers, VDC electronic stability control and was only available with the manual transmission. A convertible 350Z was unveiled in mid-2003, and joined the local lineup soon after.

Aside from some colour and trim changes, there were few variations in the 350Z lineup until 2005, when one important upgrade was made. Criticism over the notchy, imprecise changing for the close-ratio manual transmission was finally addressed, with the 2005 models offering easier, smoother shifting. Automatics added Downshift Rev Matching, which offered faster, smoother downshifting, in turn delivering more chassis balance when cornering. Interior upgrades for 2005 included a new polished aluminium look finish to selected interior trim items, while on the outside, heated door mirrors became standard.

The main talking point for 2005 though, was the release of a '35th Anniversary' model, marking three and a half decades of Z production. While all 350Zs were for the driving enthusiast, the 35th Anniversary model took things up a notch. Available only as a coupe, and only with the manual transmission, the Anniversary Z was based around the Track model, but featured a 221kW version of the 3.5 V6. The 15kW power increase came via a new control for the variable valve timing, plus changes to the camshaft profile and pistons. The trade-off was a loss in torque, but only by 10Nm over the standard 363Nm. To complement the engine upgrade, the transmission was also tweaked further to make shifting faster and smoother.

Interestingly, the Anniversary Z came with no identifying badging inside or out, the only pointer to its difference from a regular 350Z being unique 5-spoke wheels and the exclusive paint option of Ultra Yellow. The Anniversary could also be had in the 'Pewter' and 'Obsidian Black' available on other Zs. Other colours available across the 2005 range, like 'Daytona Blue' and 'Le Mans Sunset', reflected the performance orientation of the Z. The 35th Anniversary package added AU$2,000 over the Track 350Z's base price of AU$65,990. Pricing across the range started at AU$59,990 for a manual Touring, topping out at AU$73,790 for an auto roadster.

The pricing of the 350Z was considered pretty competitive when new, and still presents as something of a bargain today. When new, the 350Z was invariably compared with a Porsche Boxster. It comfortably beat the Porsche on price, and was a close match in terms of performance, too. The 350Z also compared favourably to the Mazda RX8, Audi TT and even Holden's Monaro, despite being a dedicated 2-seater.

The plus points for the 350Z, as with the earliest example of the classic Z, were the handling, grip and engine power. Road testers of the 2005 models identified both understeer and oversteer when pushed with the VDC de-activated, but if driven with skill and respect, the 350Z was praised as a very rewarding drive. Brakes were judged to be just about the best on offer, with the steering feel and responsiveness also gettign a big tick.

Negatives included a harsh ride, but that was the trade-off for the sharp handling and cornering performance delivered by the stiff suspension. Despite improvements to the transmission, shifting was still identified by some road testers as being less than perfect. Headroom for taller drivers was limited, but overall the cabin was well laid out and comfortable. Boot space is limited, too, impeded by the rear strut brace. Interior trim copped some criticism, not for its standard of fit and finish, which was excellent, but for the 'cheap' look to the abundant plastics.

Back in 2005 as now, the 350Z is somewhat a victim of 'badge snobbery'. It delivers much the same driving experience as a similarly-spec'd BMW or Porsche, and does it for a lot less money, but because it wears a 'Nissan' badge, it's seen as being inferior to the European competition. If you can see past that, the 2005 350Z, especially the 35th Anniversary model, presents as the classic 'lot of car for not a lot of money' proposition for driving enthusiasts. 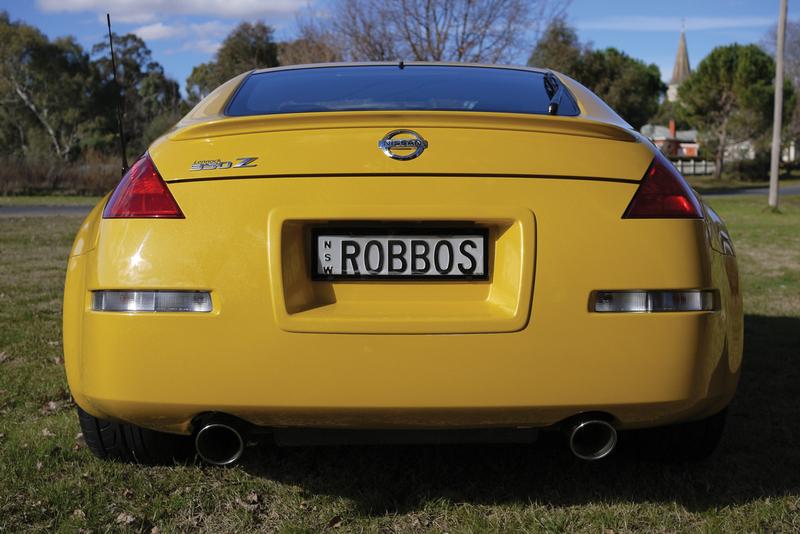 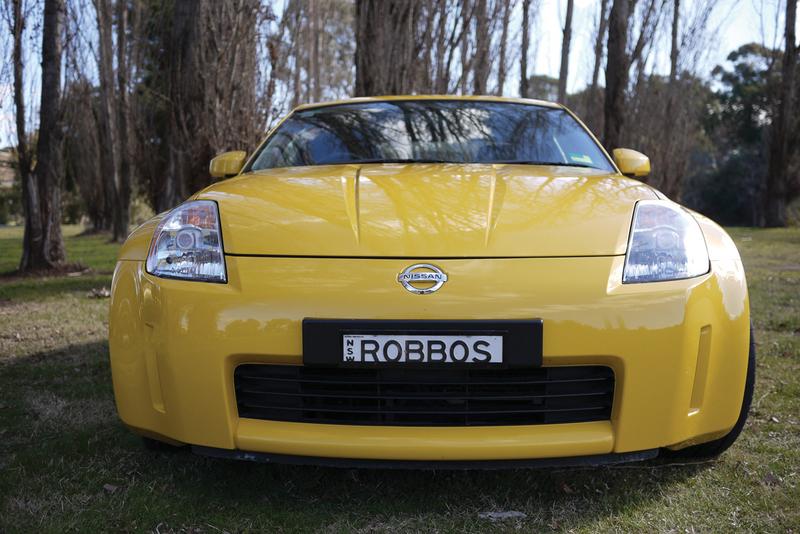 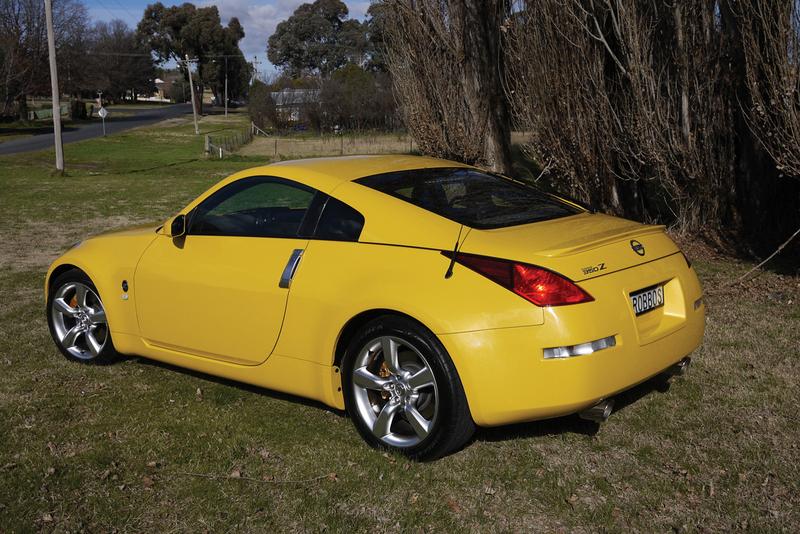