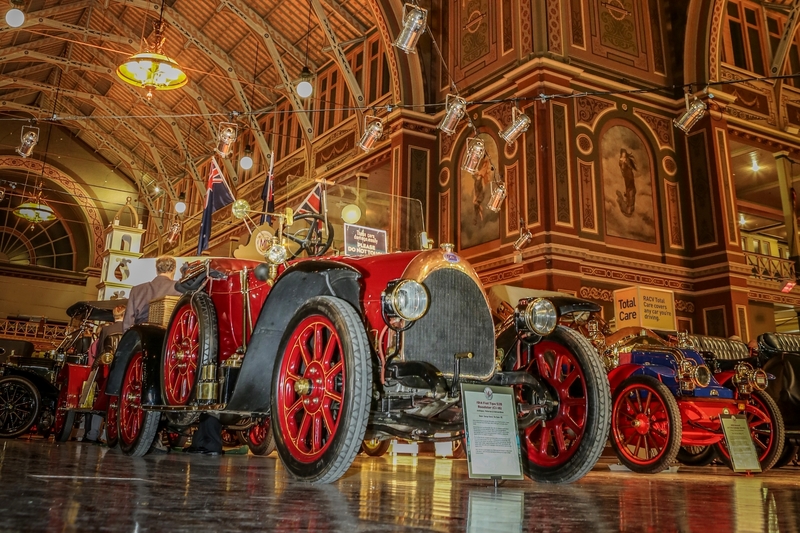 To be staged once again at Melbourne's historic Royal Exhibition Building from 25 to 27 October, Motorclassica is rightly regarded as Australia's only annual collector car event of international significance.
Australia's premier exhibition of unique, collectable and historically significant cars, RACV Motorclassica, is set to celebrate its biggest year yet in 2013.

To be staged once again at Melbourne's historic Royal Exhibition Building from 25 to 27 October, Motorclassica is rightly regarded as Australia's only annual collector car event of international significance.

A mecca for automotive enthusiasts, Motorclassica's unique mix of display vehicles combines rare, exotic, vintage, veteran and historic cars with classics and collectables of all sorts, in fact, everything from million dollar supercars to the cars your parents drove.

Now in its fourth year, Motorclassica has grown from 38 exhibitors in its first year to over 100 in 2012, with in excess of that number expected in 2013.

That translates into more than 150 cars on display inside the halls of the Royal Exhibition Building, with a further 200 cars outdoors each day in the adjacent 'Club Sandwich' car club displays.

To keep the event fresh, and to ensure its standing amongst local, national and international visitors, Motorclassica organisers expect more than 90 per cent of the cars on display indoors this year will be shown at the event for the first time.

"RACV Motorclassica is poised for its biggest showing yet in October with enormous interest already being shown by owners of significant cars both locally and globally … there's real momentum behind the event now," Motorclassica Event Director Paul Mathers says.

"Motorclassica is a truly unique event in Australia and is highly regarded and recognised internationally in the collector car community."

Motorclassica is supported by Victoria's premier motoring organisation, the RACV.

Additional information on the 2013 Motorclassica, to be held at Melbourne's Royal Exhibition Building from October 25-27, is available at www.motorclassica.com.au.

2013's Motorclassica will celebrate both the 100th anniversary of Aston Martin and the 50th anniversary of Lamborghini with the latter marque promising some "very special" exhibits, including an example of virtually every Lamborghini model produced, from an early 400GT to the latest Aventador,

60 years of America's favourite sports car, the Corvette, will be honoured, as well as 100 years of Italian 'stile' (styling) house, Bertone. Corvettes from the first generation (C1) to the newest 2014 C7 model, fresh from the USA, (to be confirmed) will be on show, while some of the more intriguing machines from Bertone's back catalogue have been promised.

Amongst the motorcycles on display, Harley-Davidson will feature a selection of bikes from 1914 to 2013 in the American motorcycle company's 110th year.

In addition to major displays from Harley-Davidson, Triumph and Benelli, the 'World's Fastest Velocette', a 1960 model which set a world speed record for the now-defunct British marque, will also be on show, along with a modern, US-built Confederate 'R131 Fighter', the only one in Australia.

The '50 Kaliber' collection will showcase important motorbikes from the 1970s, 80's and 90's, including Honda's CR250M Elsinore, made famous by Steve McQueen, the last of the big air-cooled Hondas and Suzukis, turbocharged bikes, fold-up boot bikes and 2 of Honda's legendary RC30s.

In conjunction with Motorclassica, Theodore Bruce will be conducting an auction of a diverse range of classic and desirable classic, modern and custom cars, including some one-offs and rarities from the earliest days of motoring.

Consignments include Holden prototype #4 (previously featured in JUST CARS), a super-rare example that pre-dates the production of 'Australia's Own' car, the Holden 48-215. Another Holden that's sure to be of interest is a genuine 1977 Holden Torana A9X GpC hatchback with race history, that's expected to sell for over $200K.

In addition, the 'Project 500' jet car designed and built in Australia by Terry O'Hare and Jack McDonald, will also cross the blocks, and will be offered at the Theodore Bruce auction with no reserve.

Rolls-Royce, Alvis, Allard, Tatra, MG, Salmson, Mini, Bentley and Alfa Romeo are amongst the other marques to feature in this auction.

Motorclassica's invitation-only Australian International Concours d'Elegance will feature a number of rare and legendary classic cars, as well as an equally legendary special guest to do the judging.

Lamborghini's long-serving test driver, Valentino Balboni, will be guest judge at the concours. Now retired, Balboni was personally responsible for the development of Lamborghini supercars for more than four decades since the 1970s.

Australian International Concours d'Elegance entrants will compete in 14 judged classes, spanning the history of motoring and motorcycling. The concours was oversubscribed months ago, attracting more than 200 entries for the 105 places on offer

Amongst those select entrants are an 1891 Panhard et Levassor, the sixth oldest car in the world and the oldest outside of Europe, a one-of-one 1928 Buick 6-wheel equipped boat-tail speedster, three Rolls Royce Silver Ghosts and two Bugattis - a Type 57 and a Type 30 Tourer.

Also up for judging will be an Aston Martin DB2 once owned by Briggs Cunningham and raced in both the USA and at Le Mans. The DB2 will be joined by a very rare Aston Martin DB4 convertible.

In something of a treat for Balboni, an example of every Lamborghini production model from the original 400GT to the latest Aventador will be on show, with a number up for judging in the concours, including a very rare Urraco-based Silhouette.

In conjunction with an upcoming international exhibition at Melbourne Museum, Motorclassica will feature a pair of vehicles used by the world's most famous fictional secret agent - James Bond.

Two key vehicles will be previewed at the Royal Exhibition Building before crossing the concorse to the Melbourne Museum for the Designing 007: Fifty Years of Bond Style travelling exhibition, which runs from November 1, 2013 to February 23, 2014.

Bond's 1969 Aston Martin DBS Vantage from 'On Her Majesty's Secret Service', and his 1997 BMW R1200C motorcycle from 'Tomorrow Never Dies' will go on show at Motorclassica.

Designing 007: Fifty Years of Bond Style is an international exhibition showcasing the design and style of the James Bond franchise and the craft behind the sets, the music, gadgets, vehicles, technology and fashion over the course of five decades.

"We are delighted to partner up with Melbourne Museum to bring this preview to Motorclassica ... it will give our show goers a taste of what will be an important and no doubt popular exhibition," Mathers said.

"Bond's Aston Martin DBS Vantage has a special connection with Australia - it was driven by the only Australian actor to play James Bond, George Lazenby, in his only appearance as Bond."

In a special addition to the weekend outdoor car club displays, food and wine stalls will give showgoers a taste of the world's automotive regions.

Supported again by Lorbek Luxury Cars, the 'Club Sandwich' car and motorcycle outdoor club display will see makes grouped according to their region of origin (Italy, Germany, USA, etc.), accompanied by stalls offering produce from that region for the first time.

Club Sandwich will run on the Saturday and Sunday, with the car club displays changing each day, along with the regional food and wine on offer.

"Adding the food and wine element is a bit of fun," Event Director Paul Mathers said. "I am sure it will be well patronised by show goers and entrants alike, and it will help us celebrate the truly international nature of classic car and motorcycle collecting."

For the first time in its four-year history, this year's RACV Motorclassica will also feature displays of contemporary vehicles from Mercedes-Benz, Jaguar, Morgan and Caterham, as well as the latest motorcycles from Triumph, Benelli and custom cycle manufacturer, American Ironhorse, amongst others.

With the demise of the Australian Motor Shows in Sydney and Melbourne, Motorclassica will now represent the only chance to see these exclusive brands in the one place.

Jaguar's latest F-Type, the true successor to the iconic E-Type, will go on show, along with the latest XFR-S from the 'leaping cat'.

Morgan will showcase their classic Plus 4 model, as well as the revived 3-Wheeler, which is expected to be finally ADR-approved by the time of Motorclassica. More than 350 expressions of interest have been received from local enthusiasts eagerly anticipating its arrival.

Caterham will celebrate 40 years of their iconic 'Seven' model, with the presentation of their latest 'CSR 175' machine at the event.

"We're also very close to confirming the very first public display from another car manufacturer, returning to the Australian market and with a long history here, plus there's interest from several more," Mathers added.

A very special feature alongside the Club Sandwich will be the 'Globe of Death'.

The only one in Australia, the Globe of Death is a replica of the genuine, old-school circus attraction from the last century and will feature up to four motorcycles racing around inside its giant metal globe - complete with a daredevil stunt woman in the centre!

Its star is Brazilian, Ricardo da Ararujo, who has been riding the Globe since he was just eight years old.

The Globe of Death will do four shows daily across the weekend of October 26 & 27.

St Vincent's Hospital has been chosen as official charity partner for this year's Motorclassica.

Raising funds for its Cancer Centre, St Vincent's will receive $8 for every RACV Motorclassica entry ticket purchased through the hospital's website at www.stvfoundation.org.au/events

"St Vincent's is such an important part of Melbourne's medical infrastructure, we're delighted to be able to assist them as our charitable partner for 2013," RACV Motorclassica Event Director Paul Mathers said.

Throughout the month of October, St Vincent's will also showcase a historic motorcycle window display as part of Motorclassica's Town Cars exhibits, supported by promotional posters and electronic communications throughout the facility. 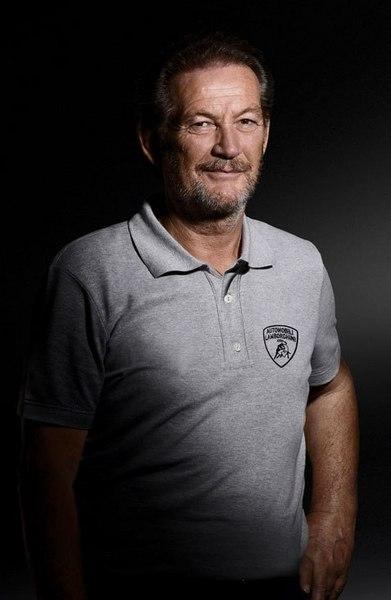 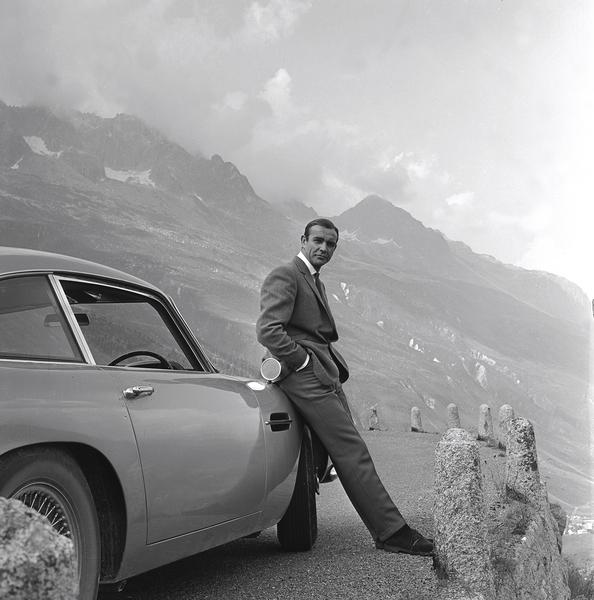 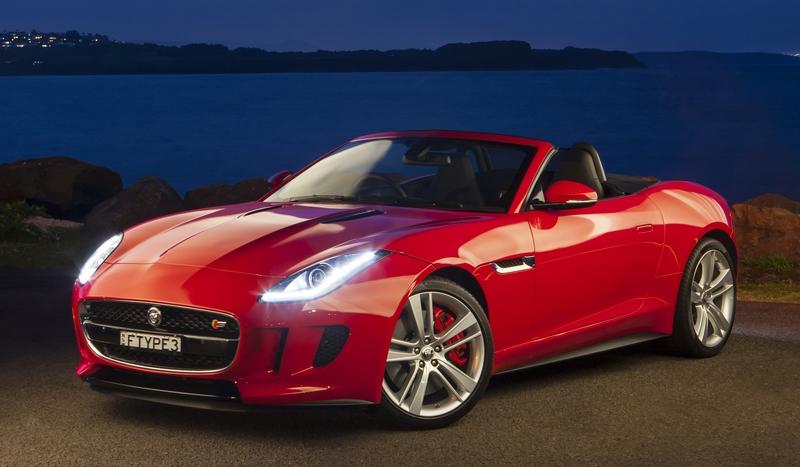 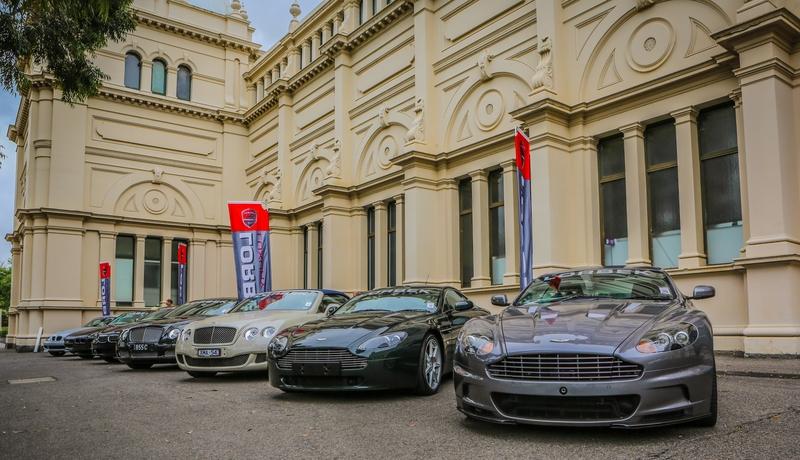 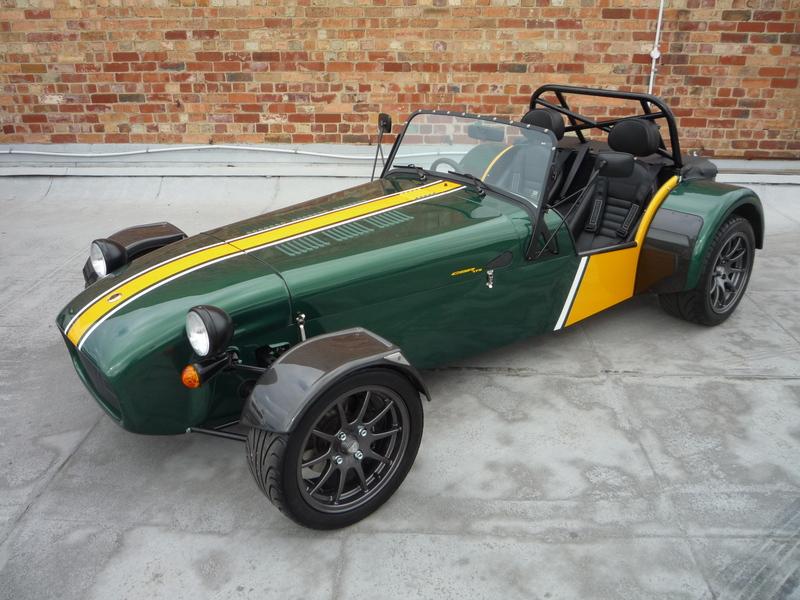 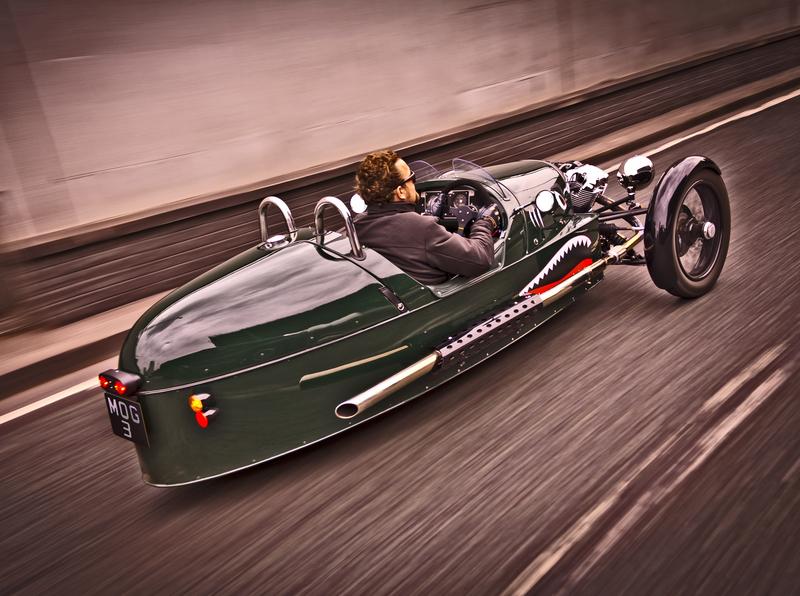 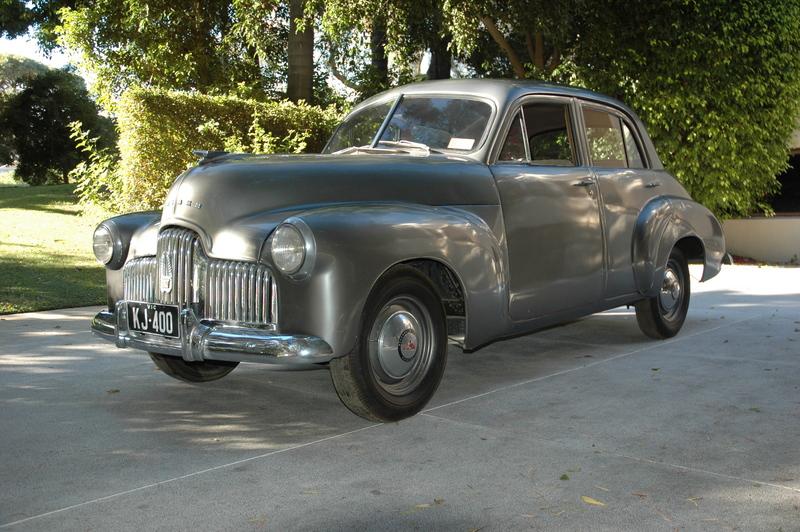 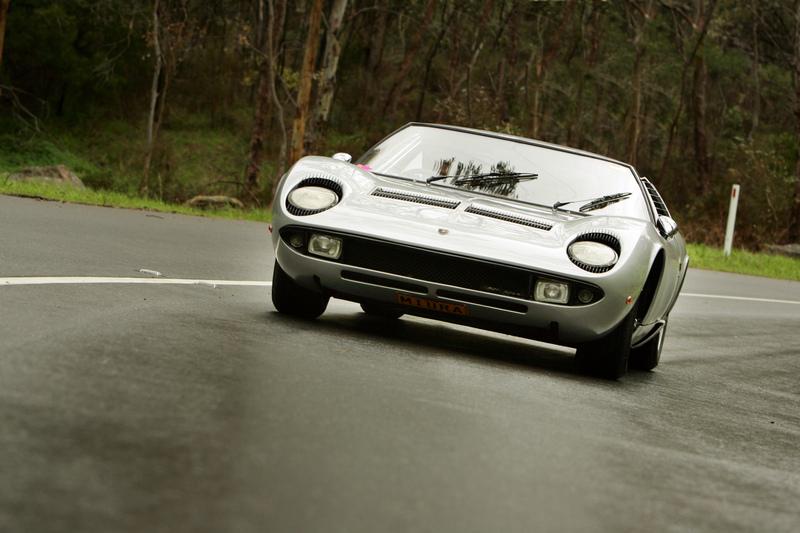